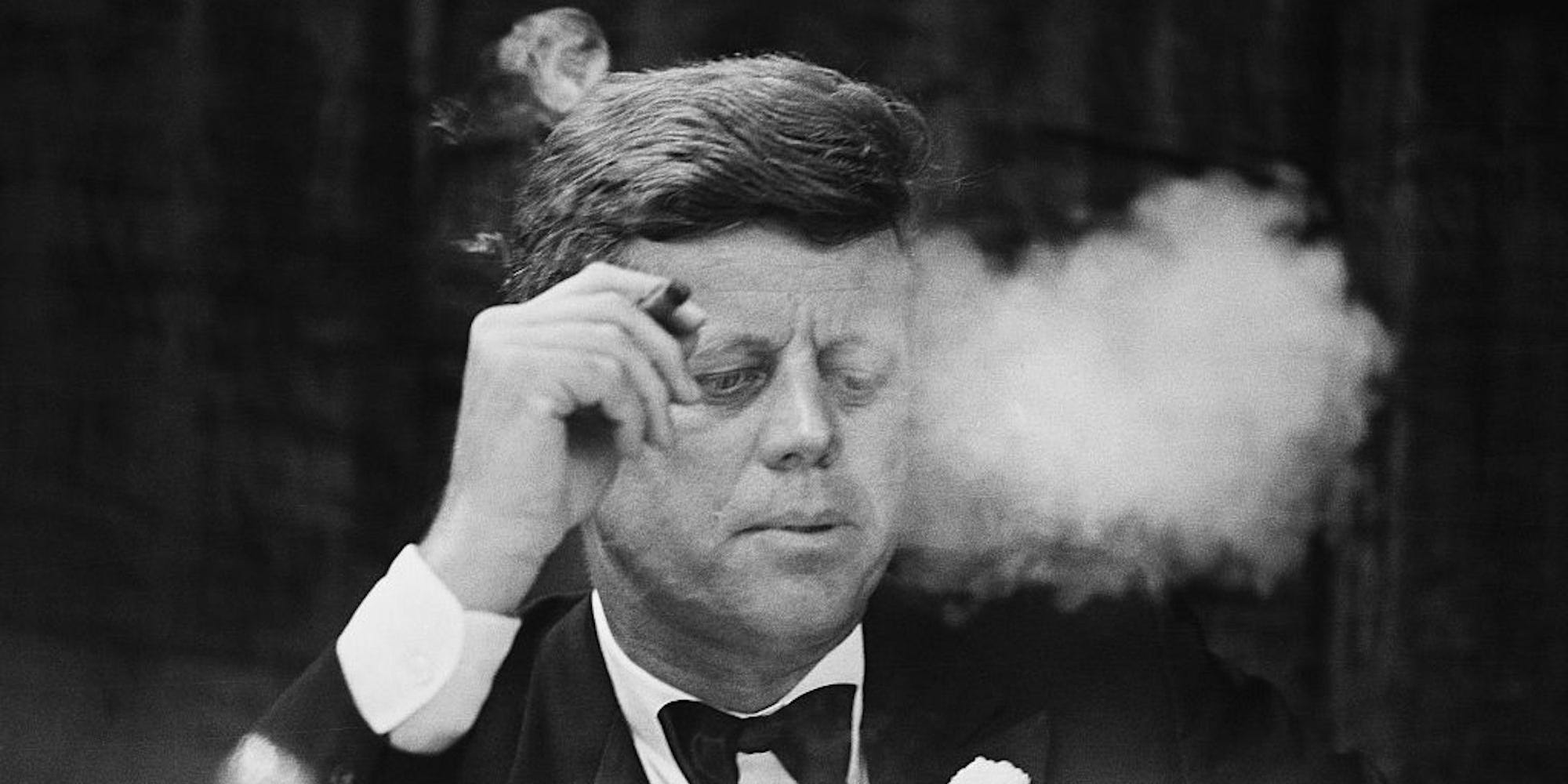 President John F. Kennedy smokes a cigar during a Democratic fundraising dinner at the Commonwealth Armory at Boston University.

Campaigning to be the president is an expensive business, and the challenge has drawn candidates with vast fortunes.

Three billionaires — Tom Steyer, Michael Bloomberg, and Donald Trump — threw their hats in the ring for 2020, but ultra-wealthy people have been on the ballot since the country’s first presidential election in 1788.

As the 2024 presidential race gets underway, Trump, the richest president in history, is again on the ballot. His fortune is estimated at around $3 billion. Current President Joe Biden is yet to declare whether he will seek re-election. But his estimated $9 million fortune is dwarfed by the riches of past presidents and candidates.

Below, Insider looks at some of the richest people ever to run for — and in some cases, win — the White House. Source of wealth: Investments and marriage

Former Secretary of State John Kerry is one of the richest people ever to win the Democratic party’s presidential nomination, which he did in 2004. Political group Citizens United used his background to portray him as an out-of-touch elitist in ads. He lost to George W. Bush, who also came from substantial family wealth. Kerry’s fortune, estimated to have been $103 million in 2003 by the Center for Responsive Politics, is tied up in a portfolio of properties and other investments.

But it is dwarfed by the fortune of his wife, Teresa Heinz Kerry, who inherited vast sums from her late husband, John Heinz, a member of the ketchup dynasty. In 2004, The New York Times estimated her fortune at $1 billion. The couple signed a prenuptial agreement before their 1995 marriage and keep their financial affairs separate.

14. President Andrew Jackson was worth the equivalent of $119 million today. 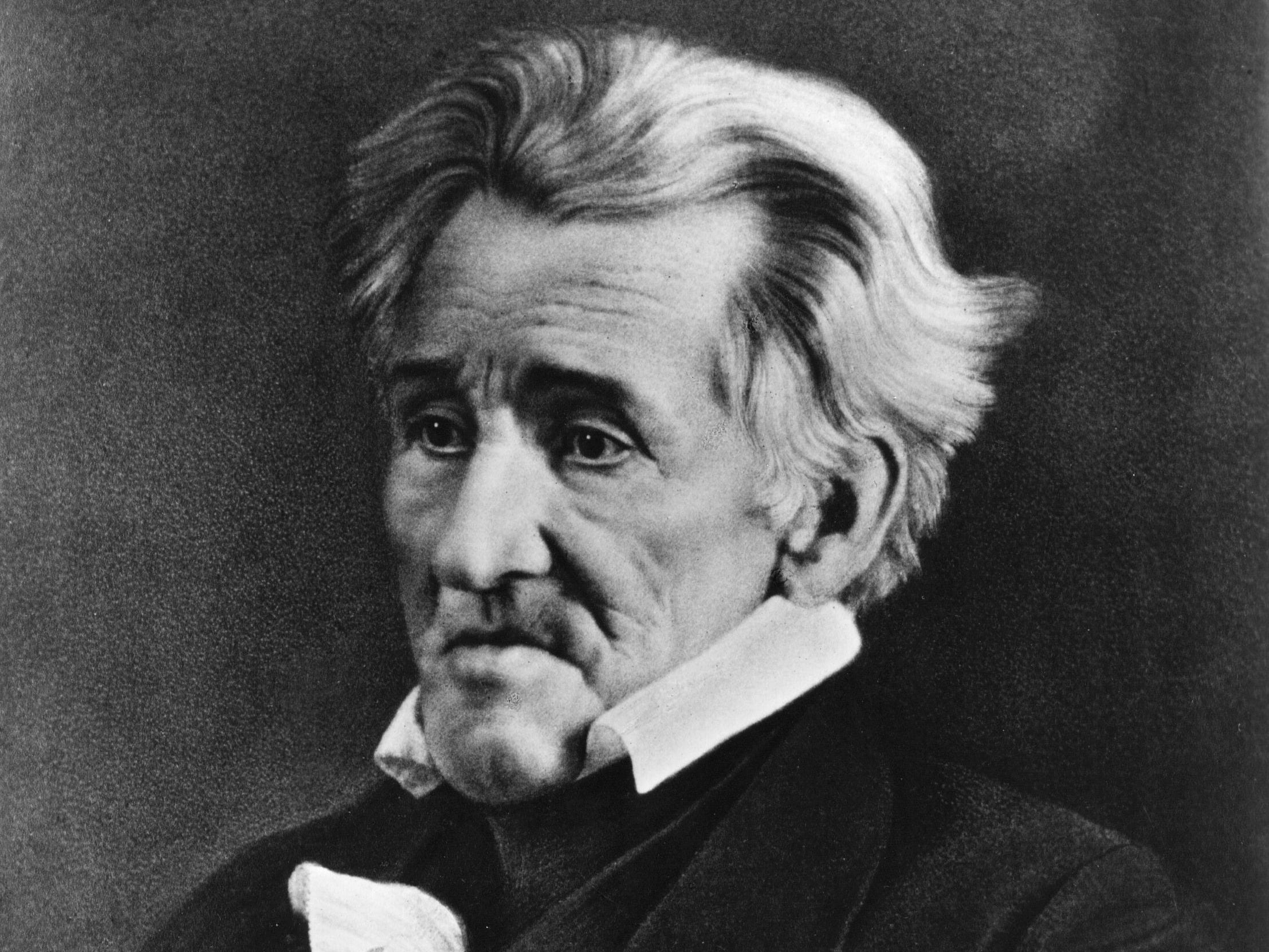 Source of wealth: Inheritance and military

Andrew Jackson, the seventh president, was one of the wealthiest presidents of the 1800s. He made some of his fortune in the military and married into a wealthy family. The Jacksons lived in the Hermitage, a 1,050-acre estate in Nashville, Tennessee.

13. President Theodore Roosevelt was worth the equivalent of $125 million today. 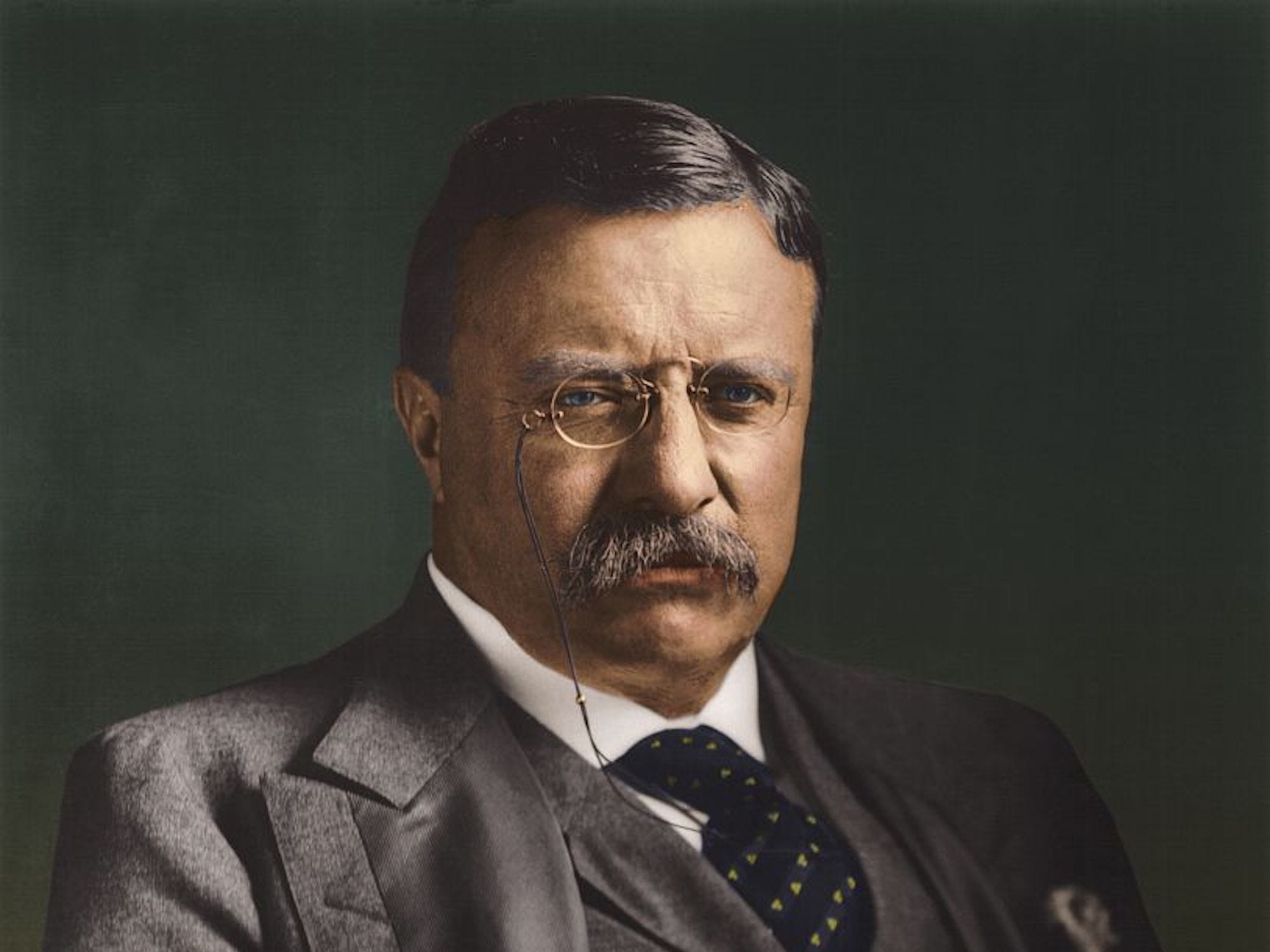 Theodore Roosevelt, the 26th president, came from a wealthy family and inherited a fortune as a young man. However, he lost much of his trust fund in a Dakota business venture and relied on his inheritance and earnings as an author and public servant for most of his life.

He owned 235 acres in Oyster Bay, Long Island, which he bought after his 1883 marriage. That is now some of the most valuable land in the area, giving him a net worth that is the equivalent of $125 million in 2010, according to an estimate by 24/7 Wall Street. 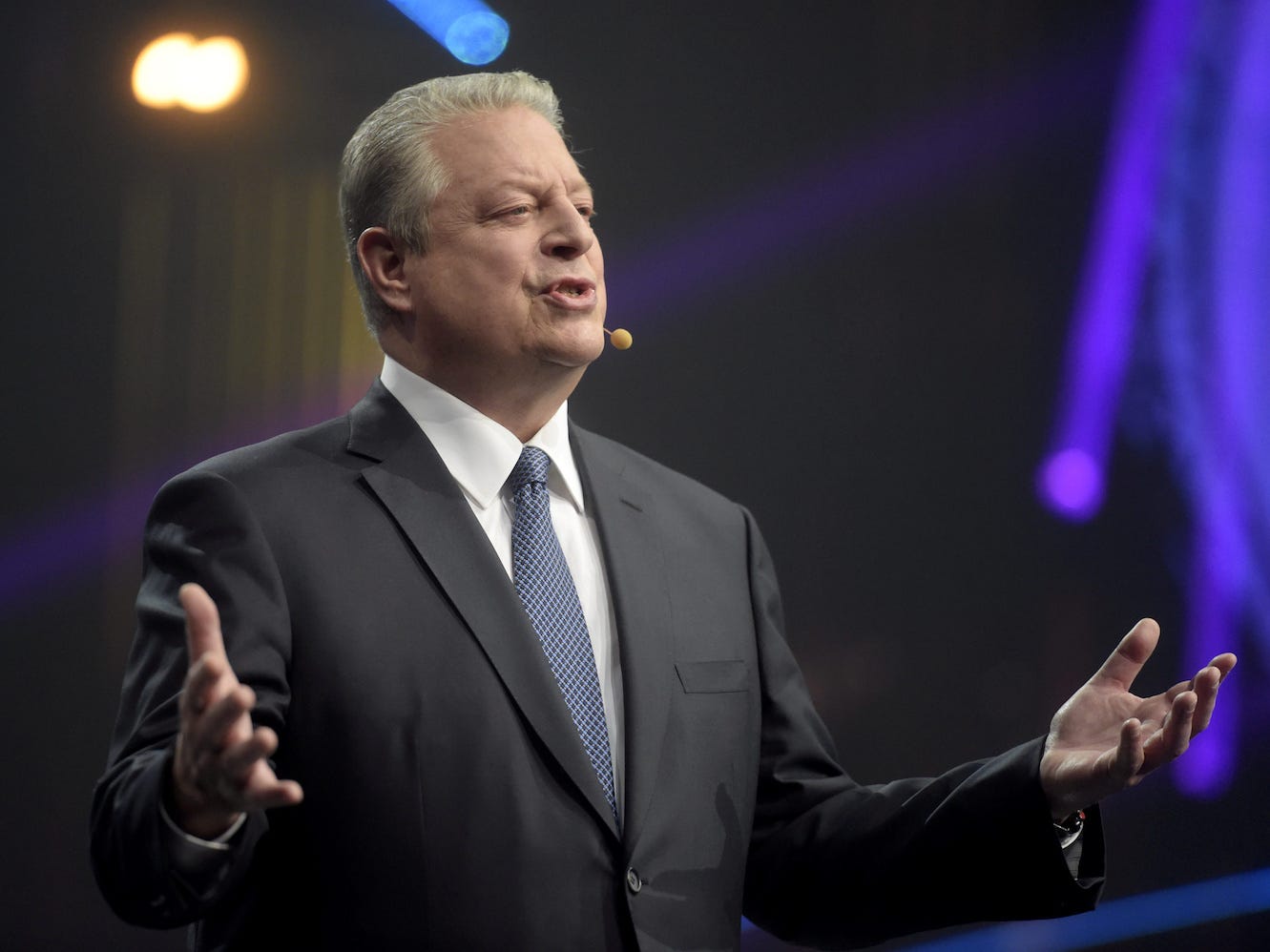 Source of wealth: Inheritance and investment

When Al Gore narrowly lost to George W Bush in the 2000 presidential election, he was worth about $1.7 million — a paltry sum by the standards of other contenders on the list. But in the years since, his wealth has ballooned, according to Bloomberg, to an estimated $200 million. This is owing to savvy sustainable investments and the sale of a news network he founded, Current TV, to Qatari-based Al Jazeera for an estimated $100 million in 2013, The New York Times reported at the time.

He also comes from a wealthy family. His father, US Senator Albert Gore Sr., who died in 1998, owned a controlling stake in Occidental Petroleum. Gore also receives an annual $20,000 royalty from Occidental for zinc mining on family land, The Times reported. 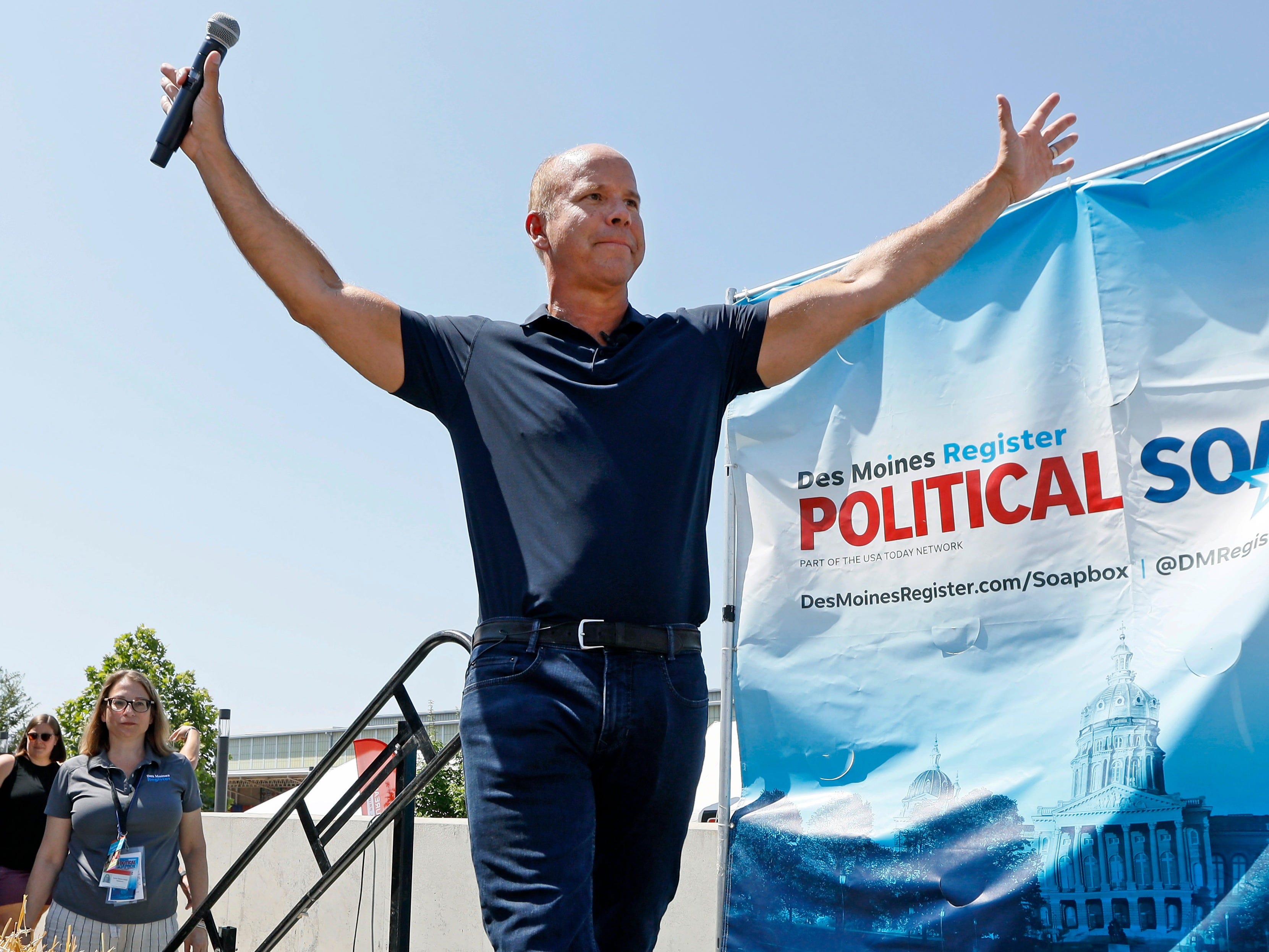 Democratic presidential candidate former Rep. John Delaney of Maryland, at the end of a campaign speech in Des Moines, Iowa.

He made his millions founding Capital Source, a commercial lender, and co-founding Health Care Financial Partners, a lender for healthcare companies.

Delaney began running for president in 2017 and dropped out in January, 2020, after spending more than $10 million on his campaign.

10. President Thomas Jefferson was worth the equivalent of $212 million today. 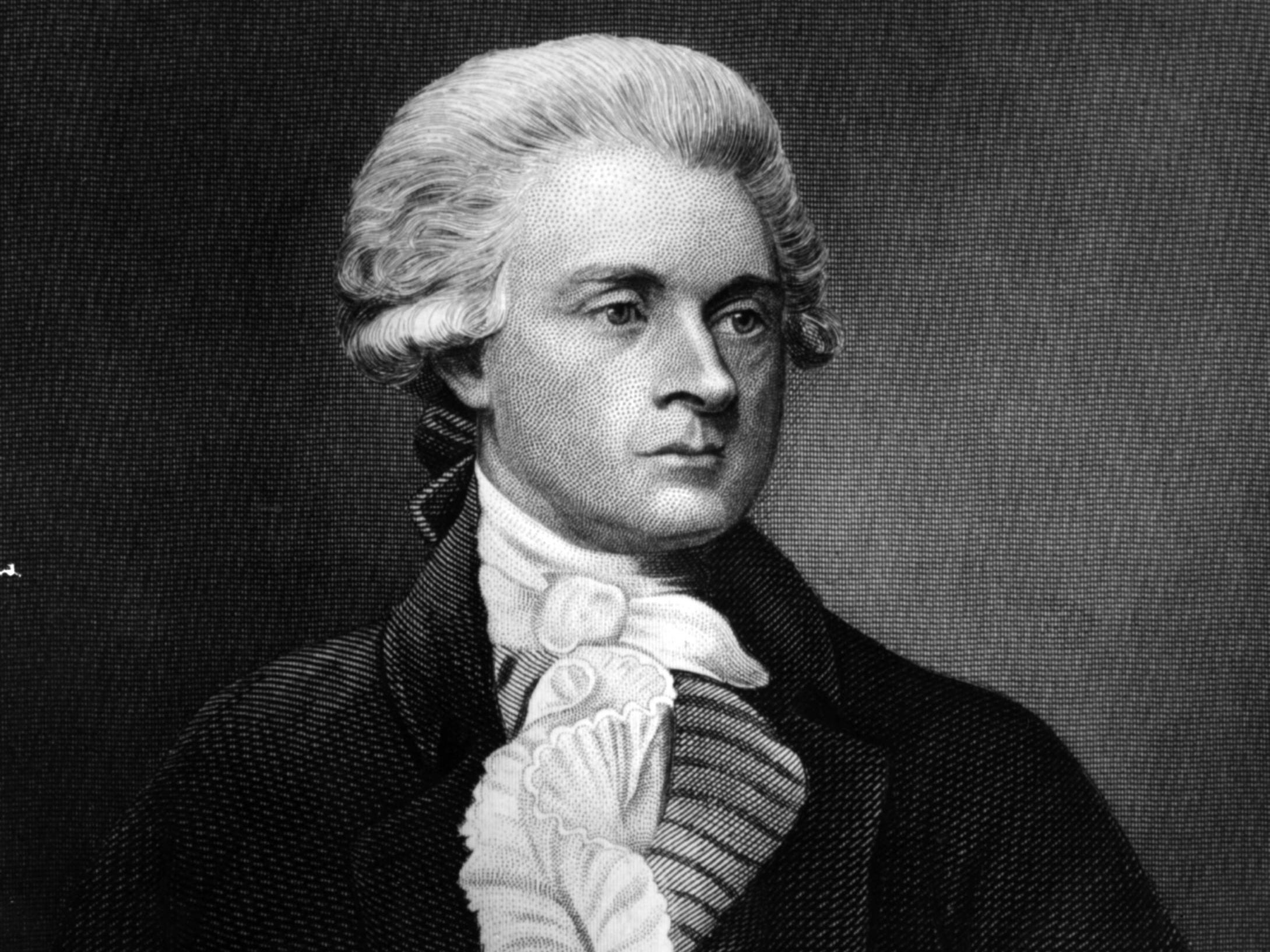 Thomas Jefferson was the third president.

President Thomas Jefferson inherited 5,000 acres of land in Virginia from his father, Peter. When his father died, Jefferson began building a large house on the property, which he expanded slightly, and called it Monticello. Jefferson also inherited, bought, and sold hundreds of enslaved people throughout his life.

Jefferson wrote the Declaration of Independence and famously opposed banks, saying they would “deprive the people of all property until their children wake up homeless on the continent their fathers conquered.” Jefferson struggled with finances later in life, especially after inheriting his father-in-law’s debt. 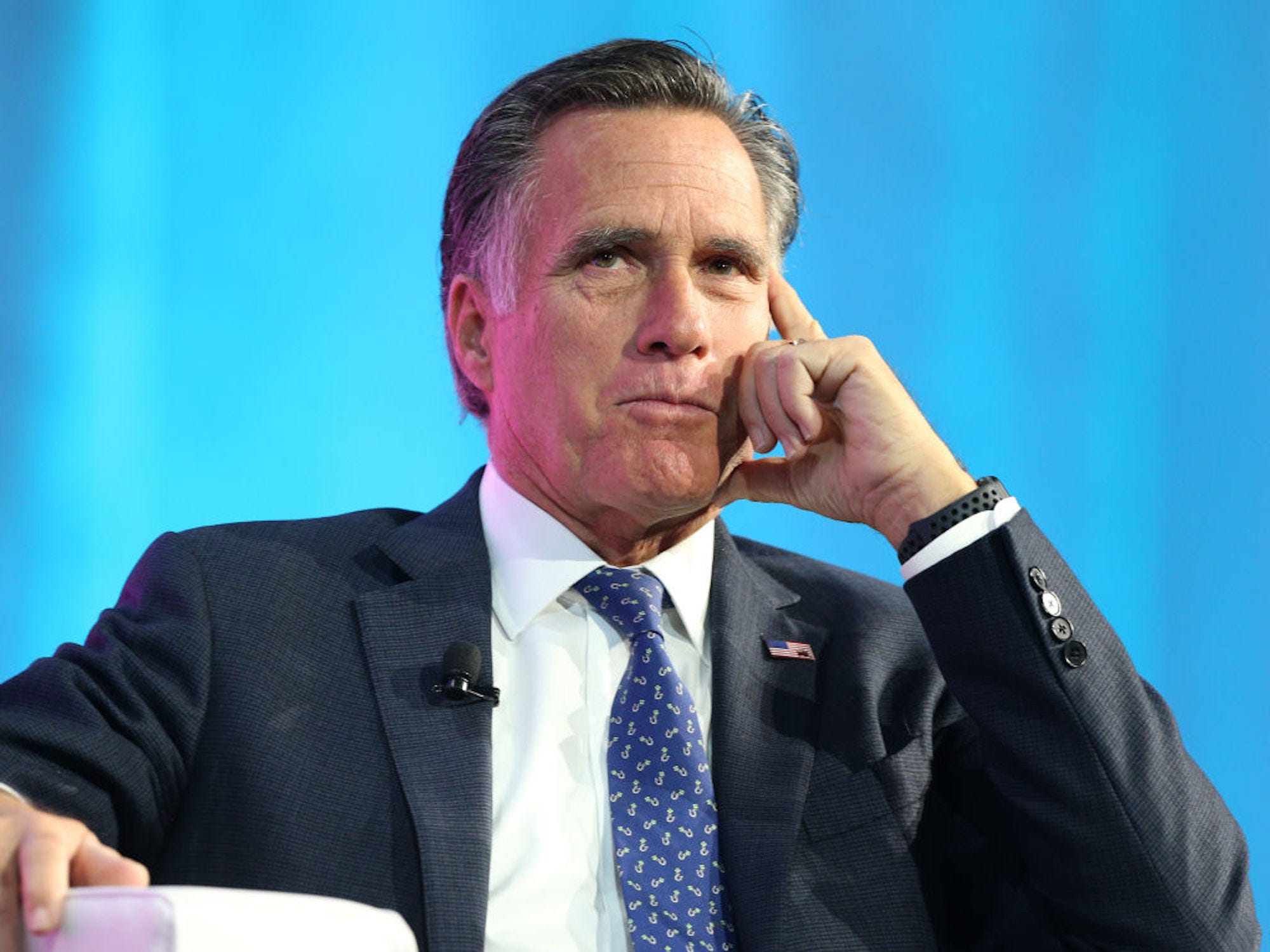 Mitt Romney started his career as a consultant with Bain & Company and built his fortune as a founding member of its investment arm, Bain Capital, Insider’s Henry Blodget previously reported.

Under his stewardship, Bain Capital became one of the world’s most successful private equity firms. His declared wealth when he unsuccessfully ran for the presidency in 2012 against Barack Obama was $250 million, according to The Washington Post. The Post, however, said that his total assets were likely much greater.

Having served as governor of Massachusetts, Romney was elected again to the Senate in 2018 to represent Utah.

8. The $439 million fortune of Forbes Magazine Editor-in-Chief Steve Forbes did not help him secure the GOP nomination in 1996 or 2000. 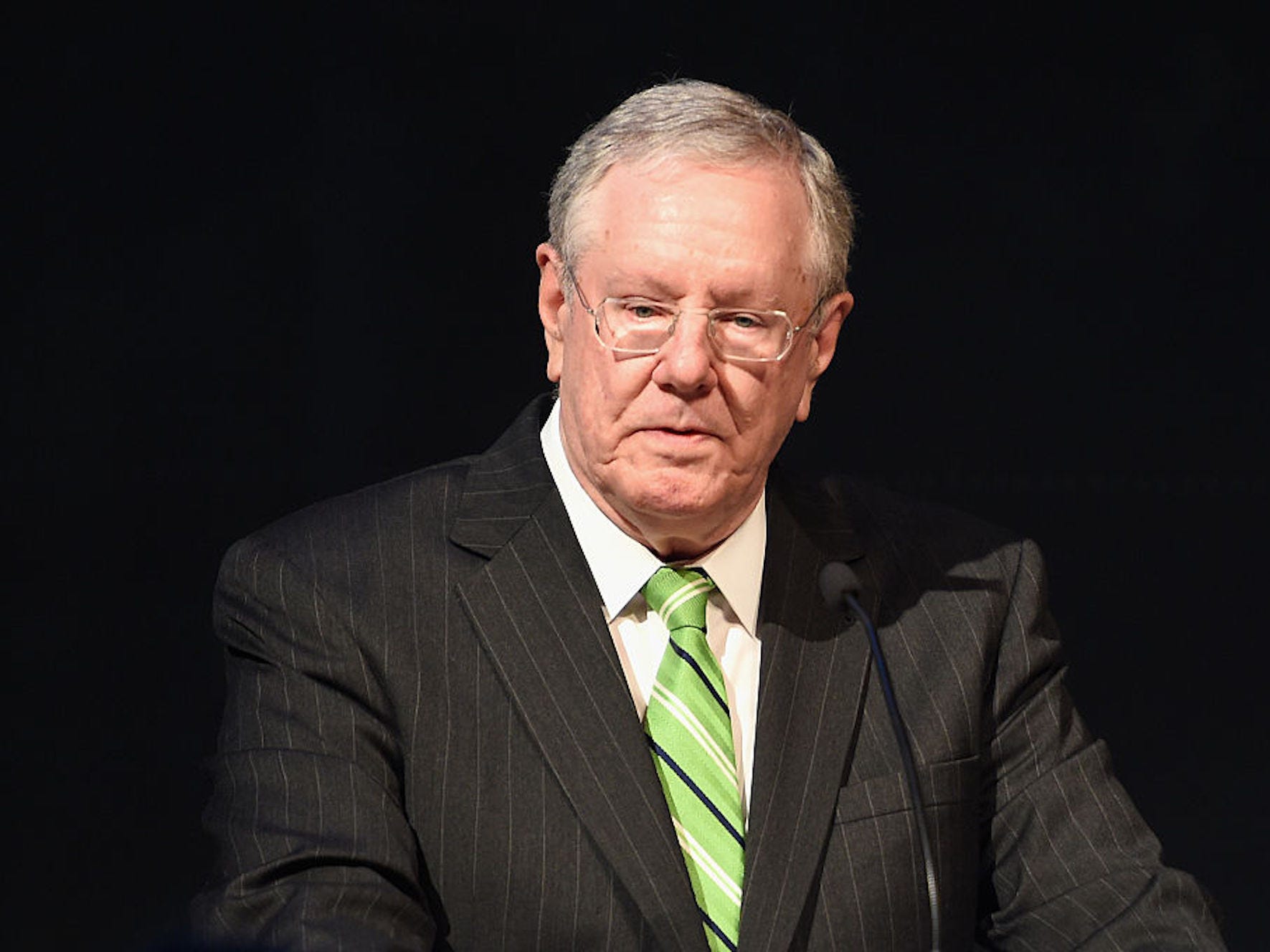 Publishing tycoon Steve Forbes, founder of the Forbes business magazine, ran on the GOP ticket in 1996 and again in 2000. On both occasions, the New York businessman was beaten in the primaries.

He inherited a vast family publishing and property empire, valued at $439 million in 1996, according to the AP. He spent $69 million of his own money in his two unsuccessful presidential bids. 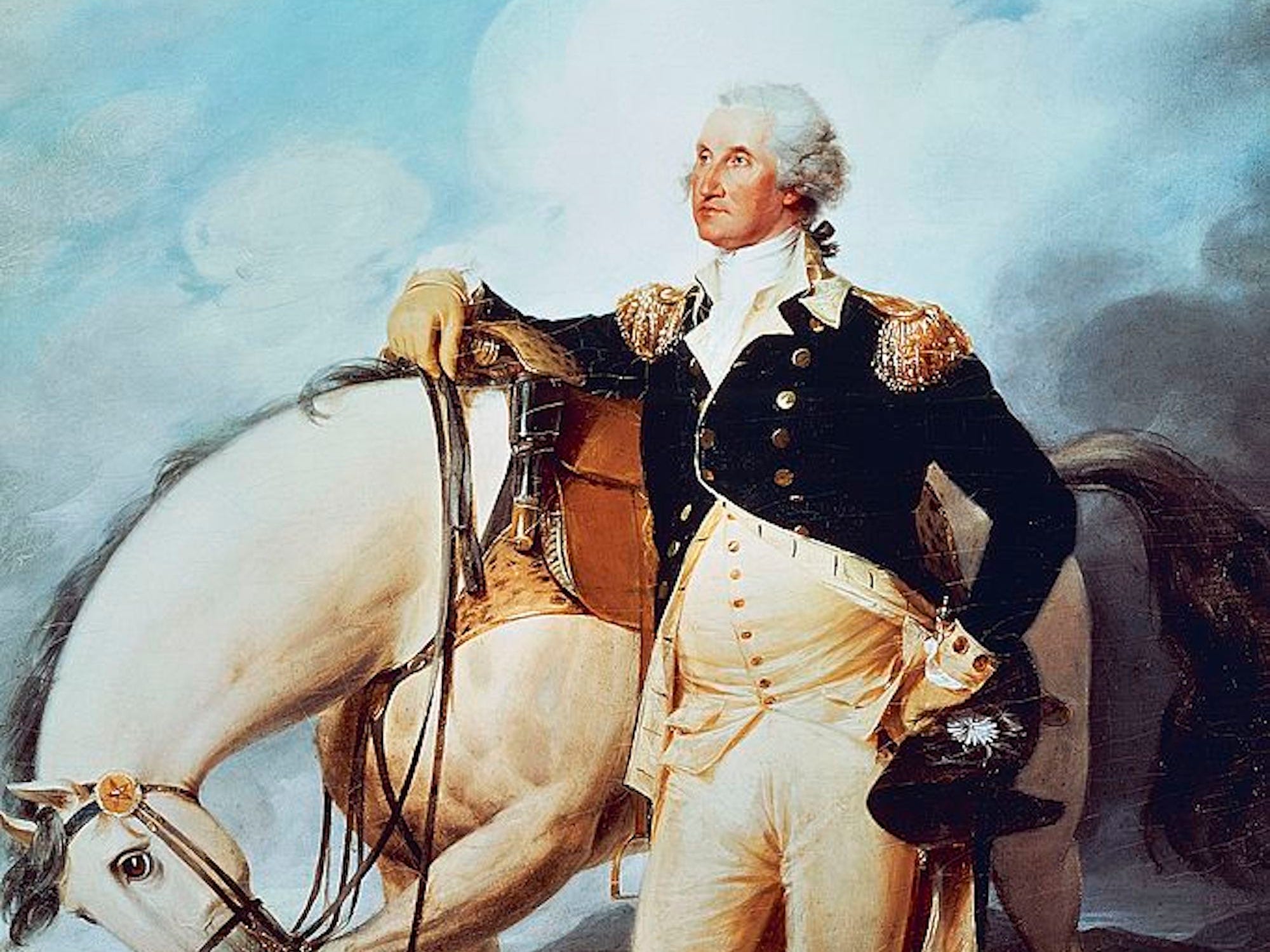 Adjusted for inflation, the first president’s fortune would today stand at $525 million, Insider reported in 2017. This made him the wealthiest person to win the presidency until Trump’s 2016 victory.

Washington’s fortune was bound to his vast estates in Mount Vernon, Virginia, which stretched across 8,000 acres. He also owned 300 slaves.

In the early days of the presidency, only white, male property owners were allowed to vote. This meant that many of the first presidents were wealthy landowners too.

=6. President John F. Kennedy was born into one ultra-wealthy family and married into another, giving him a net worth of $1 billion. 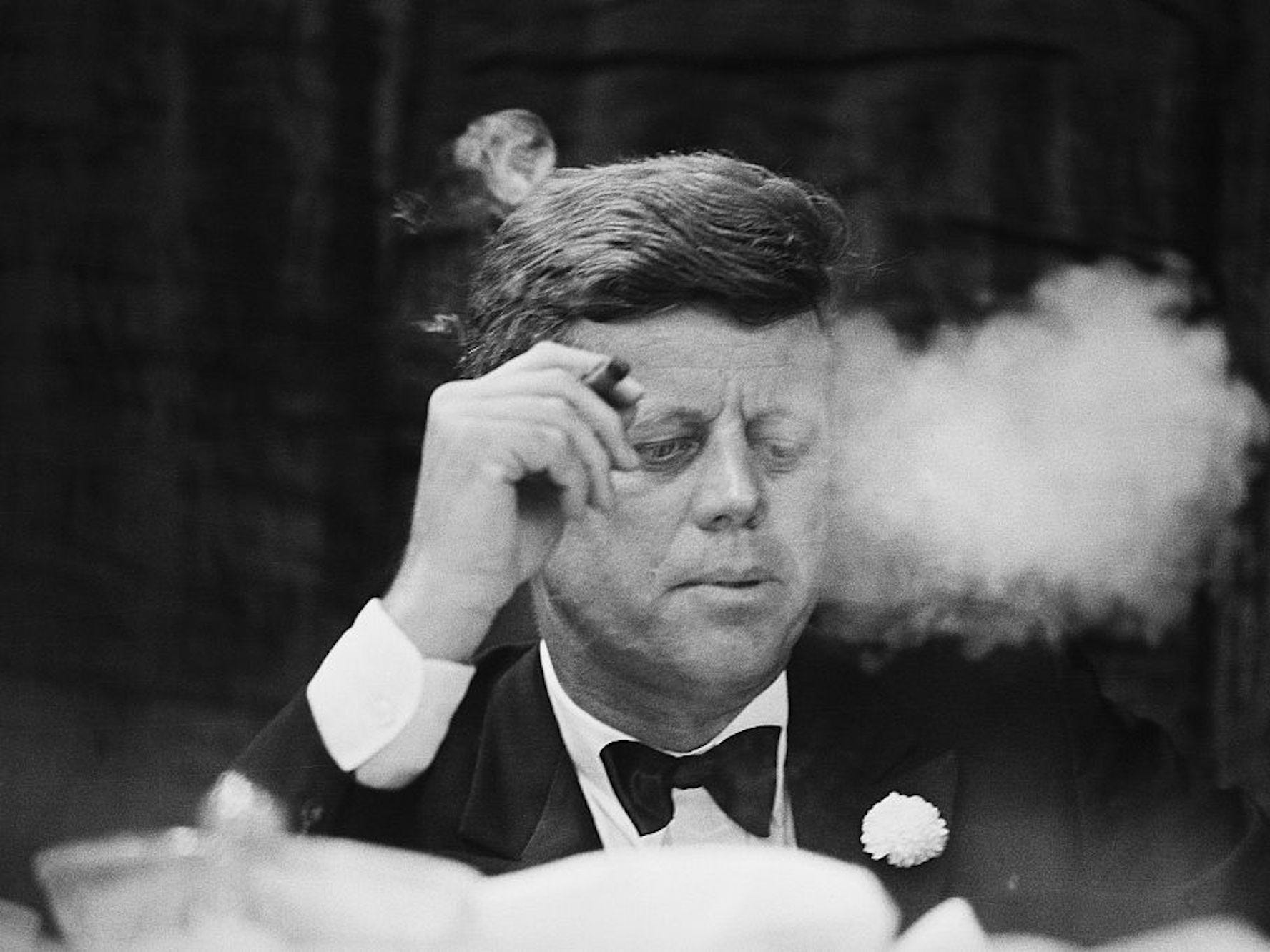 President John F. Kennedy smokes a cigar during a Democratic fundraising dinner at the Commonwealth Armory at Boston University.

John F. Kennedy was born into enormous wealth, and married oil heiress Jacqueline Bouvier in 1953. His career was bankrolled by his father, Joe Kennedy, one of the richest men in America, who had made his fortune in banking, stock trading and bootlegging.

When elected to the White House, JFK gave away his $100,000 annual salary to charity, Business Insider previously reported. Had he not been assassinated in 1963, Kennedy stood to inherit a significant portion of his family’s fortune, calculated at about $1 billion.

Although that figure would have made him richer than Washington, Insider still considers Washington the second-richest serving president, because Kennedy never actually had that wealth in office. 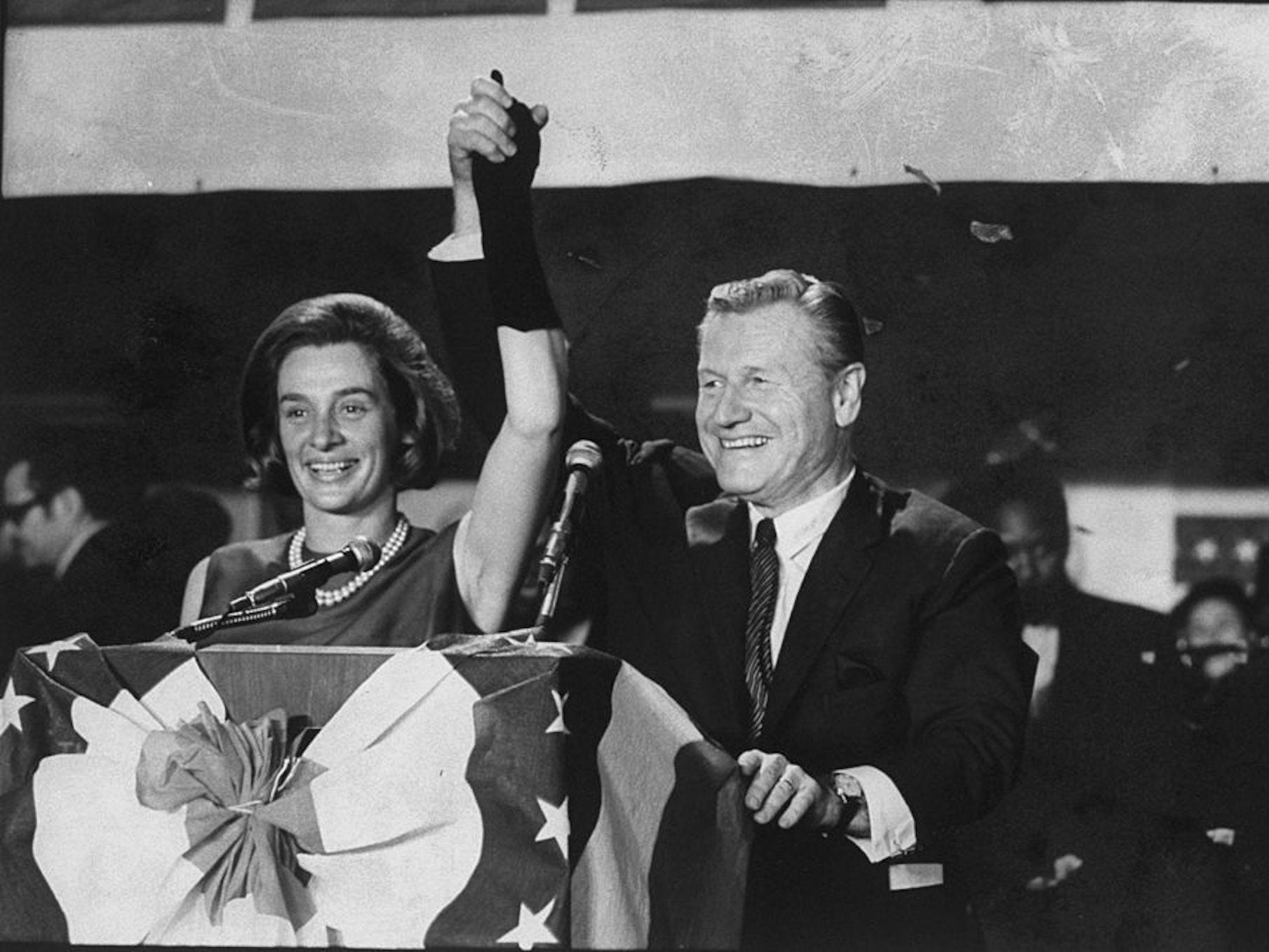 New York Governor Nelson A. Rockefeller (1908 – 1979) and his second wife Happy at an election night celebration, waving their hands, following the defeat of Frank O’Connor, 1966.

When he became vice-president to Gerald Ford in 1974, estimates put his part of the inherited family fortune at $1.3 billion. Before becoming vice president, he made three unsuccessful runs for the presidency as a Republican candidate: in 1960, 1964 and 1968. 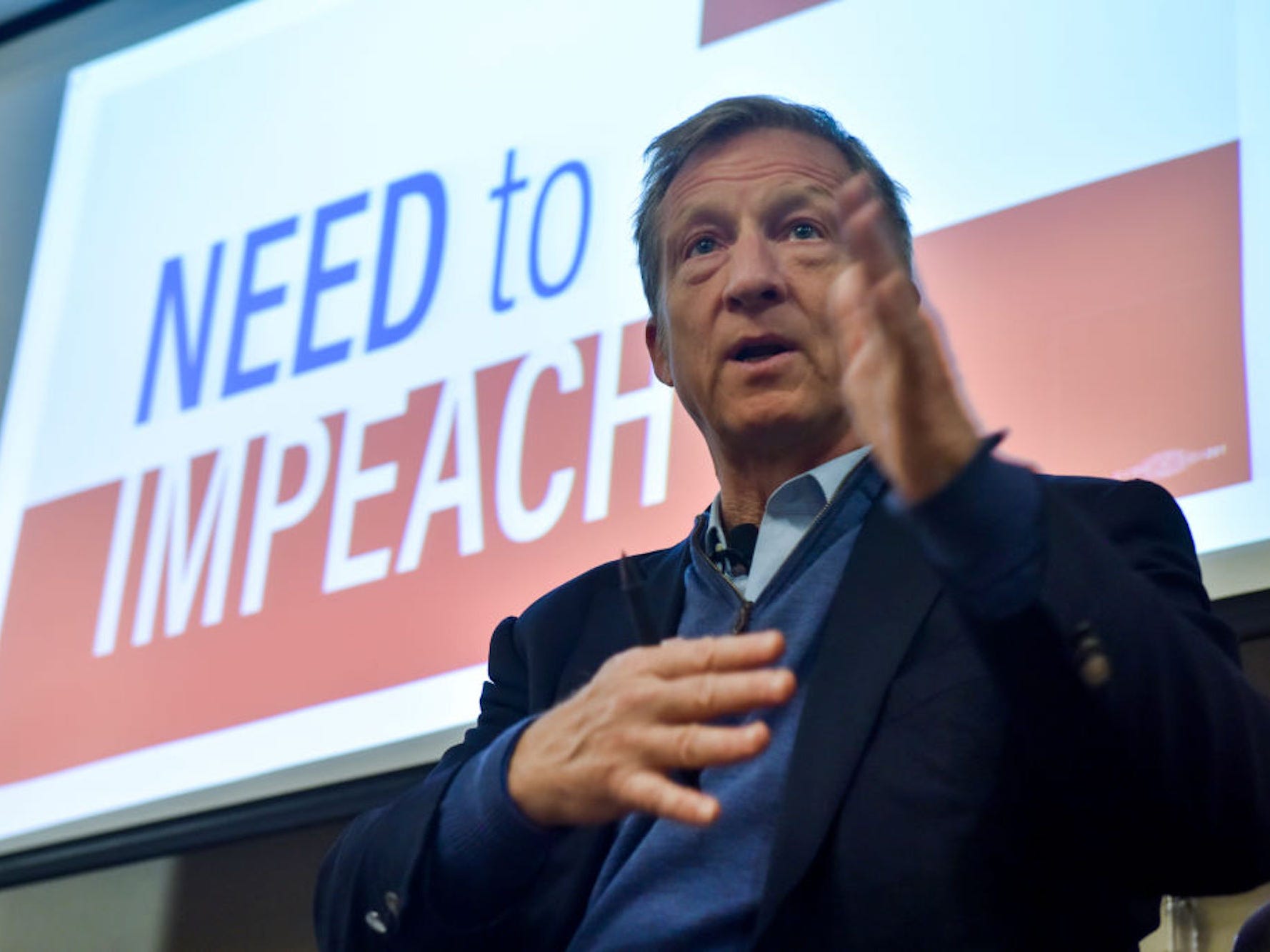 Tom Steyer holds one of his Need to Impeach town hall meetings at DoubleTree Hotel on Tuesday, March 20, 2018, in Largo, MD.

Tom Steyer was one of the latest entrants to the 2020 presidential race, before suspending his candidacy in February that year. He spent millions of his own fortune on environmental causes and paid for ads on prime-time TV calling for President Trump to be impeached.

Steyer ran hedge fund Farallon Capital for 26 years, but stepped aside from the position in 2012 to focus on environmental and political causes.

Forbes estimates Steyer’s net worth to be $1.6 billion.

3. With a current net worth of $3.2 billion, Donald Trump is the richest president in America’s history. 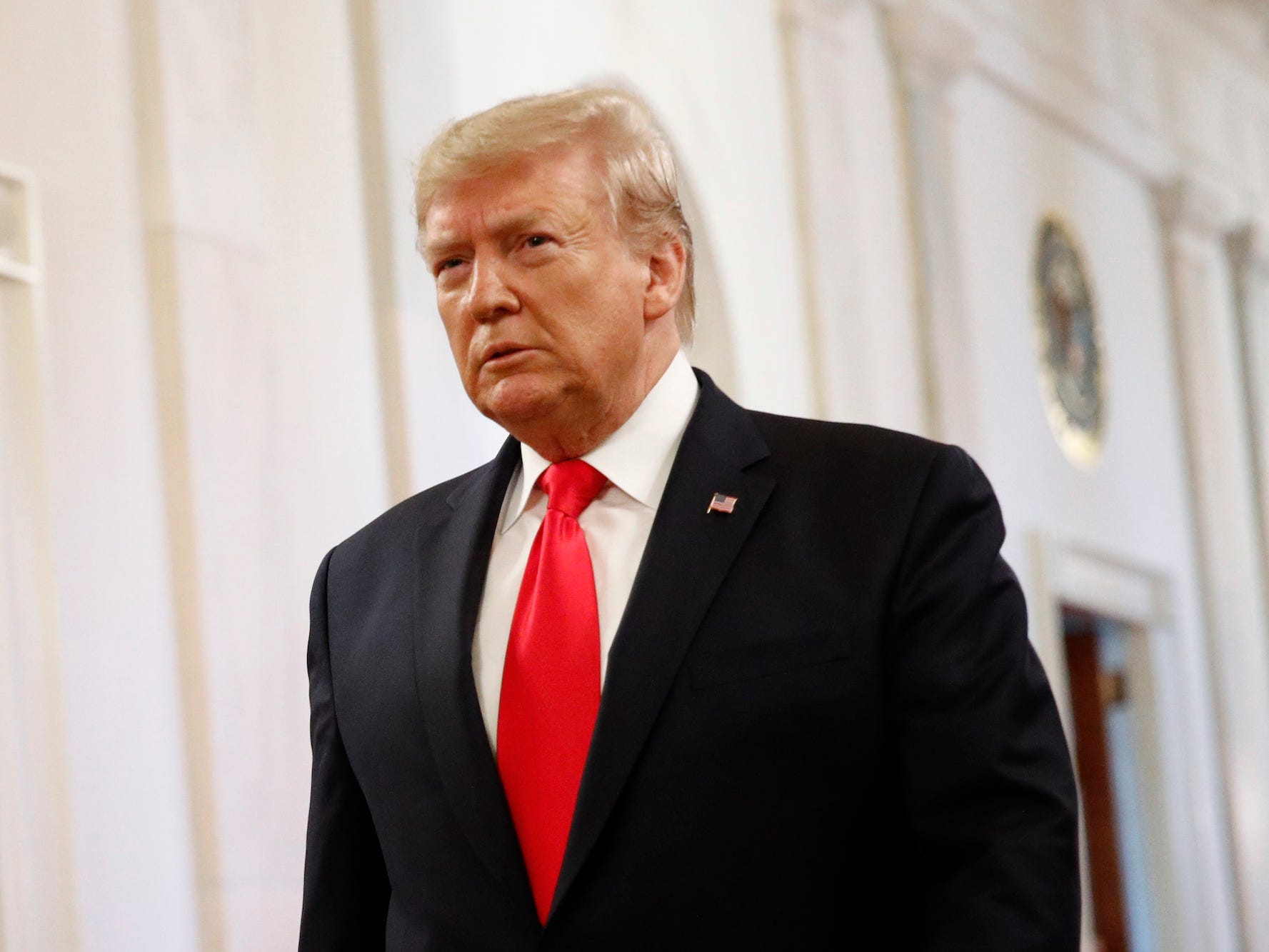 President Donald Trump walks into the East Room of the White House to speak about his judicial appointments in November 2019.

Trump’s net worth, which he often exaggerates, has been notoriously hard to pin down. As of September 2022, Forbes estimated it at $3.2 billion.

Trump rakes in millions of dollars of revenue from his various properties including New York real estate and his golf and country clubs around the world, Insider reported.

As he gears up his 2024 campaign, his businesses and finances are coming under scrutiny as never before. The New York attorney general is investigating his business, and he recently lost a Supreme Court battle to prevent Congress accessing his financial statements. 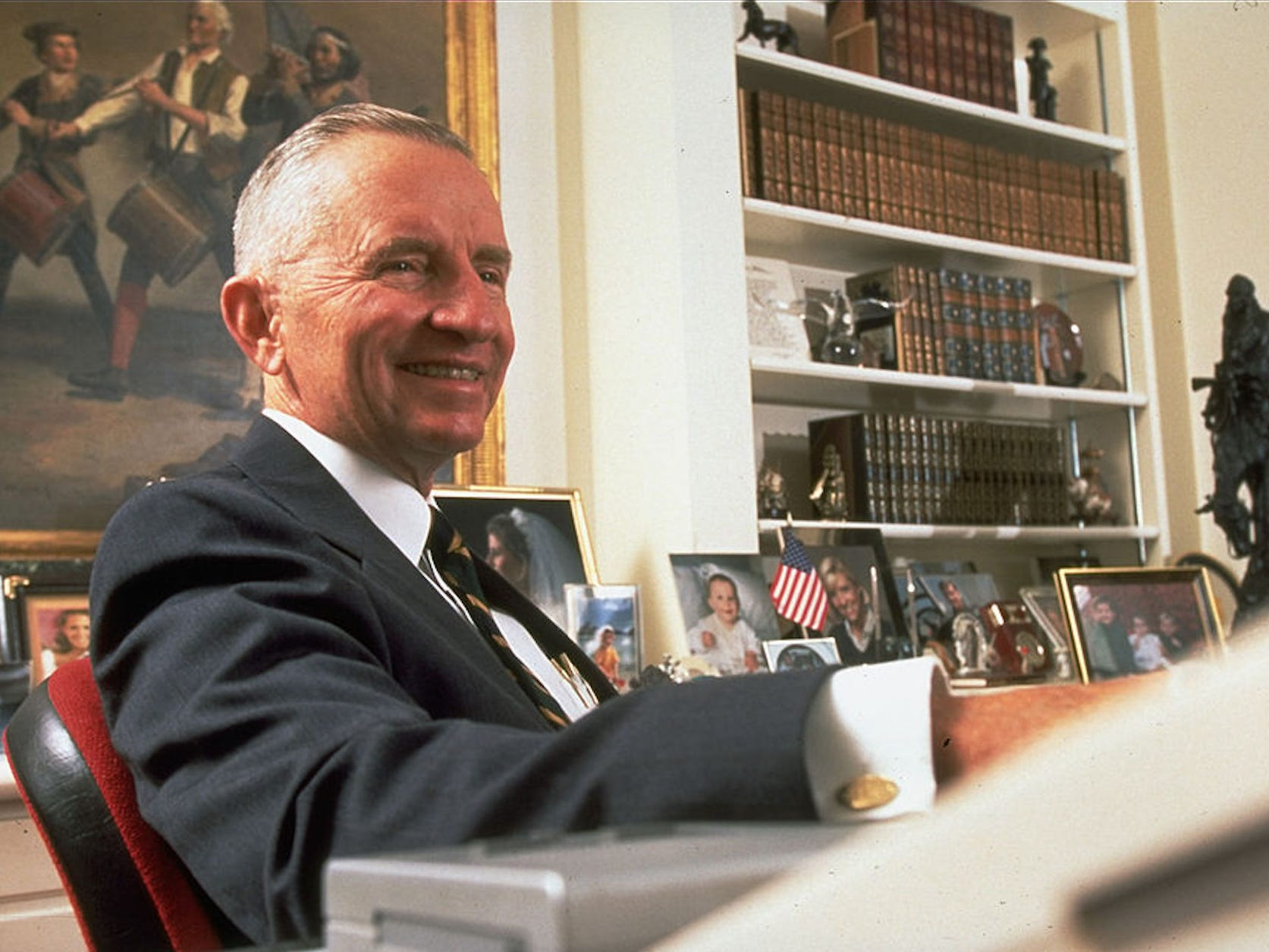 Source of wealth: Technology and investments

Ross Perot was a plain-speaking Texan, who in 1992 became the most popular third-party candidate ever to run for the presidency when he took on George H.W. Bush.

At the time, he was the richest man ever to run for president, with his self-made fortune estimated at $3.5 billion.

Perot was one of the first tech billionaires, selling his company Electronic Data Systems to General Motors for $2.4 billion in 1984 and investing a fortune in municipal bonds. At the time of his death in July 2019, Forbes estimated his fortune at $4.1 billion.

1. With a net worth of $55.9 billion, 2020 candidate Michael Bloomberg is more than 17 times richer than Trump 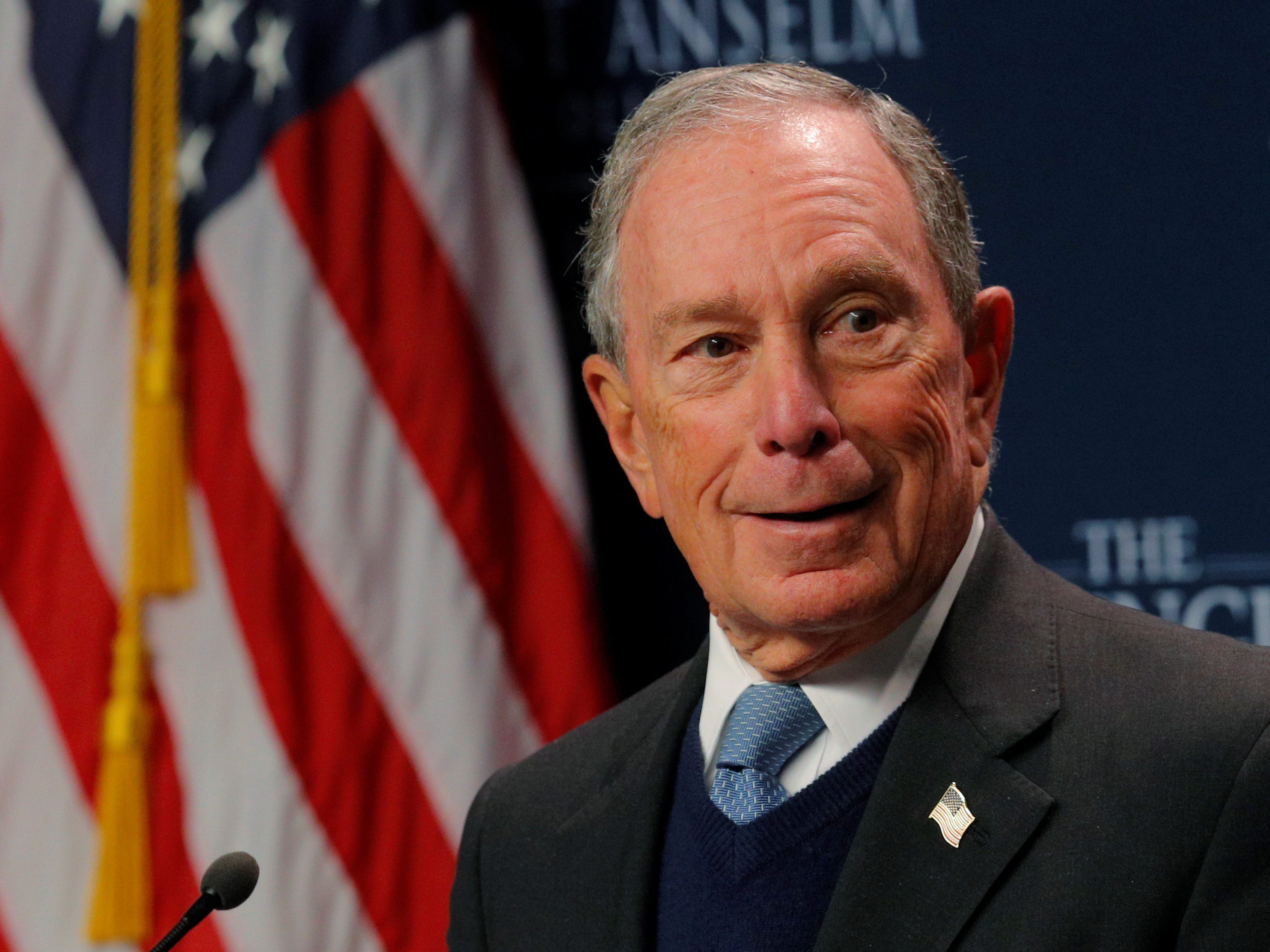 Bloomberg, a businessman, former mayor of New York City, and multibillionaire, ran an unsuccessful campaign for the 2020 Democratic nomination.

He made his fortune from Bloomberg LP, the media company he cofounded that now brings in $10 billion in annual revenue.

Bloomberg largely self-financed his 2020 campaign before dropping out following disappointing primary results. Before suspending his presidential bid, Bloomberg spent roughly a quarter of a billion dollars on advertising in the Super Tuesday states alone.