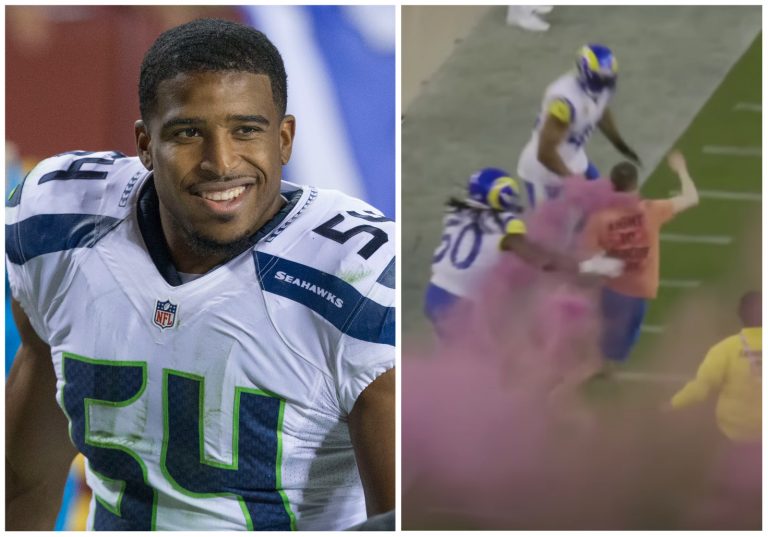 What ever happened to a good old-fashioned streaker?

Once upon a time, when America was great, young men from sea to shining sea would enter the field of play at a high-profile sporting event, remove their clothing, and run around. They had no specific reason to do so, and they didn’t need one. For those brave streakers, the idea of a whimsical Sunday jog—particularly when hammered, nude, and in front of tens of thousands of screaming fans—was just too enticing to turn down.

This is no longer the case. In the year 2022, the patriotic streaker of old has been replaced by an abhorrent modern-day alternative: the social justice protester. What was once a noble act fueled by domestic light beer and freedom is now a bastardized virtue signal meant to terrorize everyday Americans in the name of “progress.”

Thankfully, the Washington Free Beacon is not alone in this assessment. On Oct. 3, during a Monday Night Football contest between the Los Angeles Rams and San Francisco 49ers, a scrawny, unathletic “animal rights” protester entered the field at Levi’s Stadium. The protester, wielding a pink flare, made the mistake of getting too close to the Rams sideline, where veteran Rams linebacker Bobby Wagner was ready. Wagner unloaded a venomous hit, launching his helmet directly into the unprotected head of the protester, who immediately fell in a concussed heap.

In a move that only confirms his cowardice, the protester responded by suing Wagner. Still, the Super Bowl champion was unbothered. “I saw security was having a little problem, so I helped them out,” Wagner calmly explained after the game.

Wagner’s hit on that fateful day did not just end the animal rights activist’s Monday night jihad. It also sent a message to would-be sporting event protesters across America: fuck around and find out. For that, Wagner is a 2022 Washington Free Beacon Man of the Year.