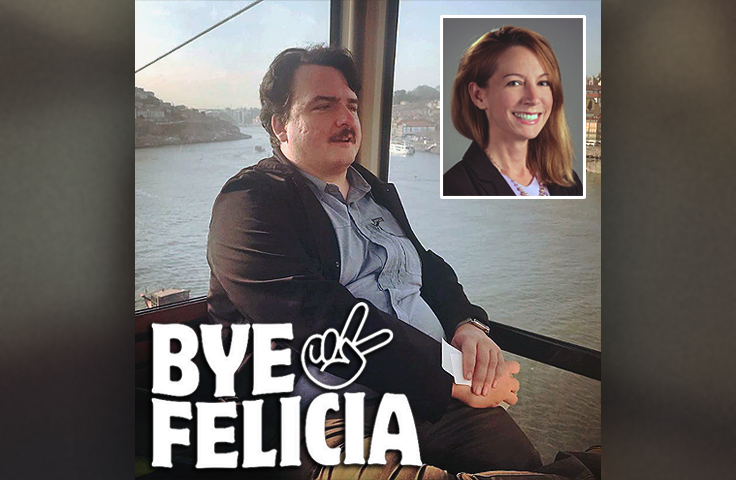 Nothing good has ever happened because of something a journalist posted on Twitter. At least that was case until June 3, 2022, when Dave Weigel logged on and pressed “retweet,” setting in motion a chain of events that led to another (very obnoxious) journalist getting fired.

The joke was edgy, cerebral, and hilarious. “Every girl is bi,” wrote Cam Harless, an anti-Sean Astin podcast host from Florida. “You just have to figure out if it’s polar or sexual.” Weigel, then a reporter for the Washington Post, wanted to share this humorous take on a universal truth—women are crazy—and assumed his followers were sophisticated enough to laugh along with him. (They were not.)

Felicia Sonmez, one of Weigel’s colleagues at the Post, had a reaction so frenzied and deranged that it was not immediately (or ever) clear whether she was demonstrating the truth of the joke’s punchline by acting like a crazy woman. “Fantastic to work at a news outlet where retweets like this are allowed!” she howled.

The rest is history. Weigel was suspended for a month without pay. Nevertheless, Sonmez persisted. Though she was told repeatedly to calm down, the humorless scold continued to berate her colleagues and her employer for making her feel unsafe, or whatever. She kept tweeting until the Post had no choice but to fire her for “insubordination” and “violating the Post‘s standards on workplace collegiality and inclusivity.”

For his pivotal role in vanquishing a petty and deranged tyrant, and for embracing his fate as a martyr for the cause of comedy and common sense, Dave Weigel is 2022 Washington Free Beacon Man of the Year.