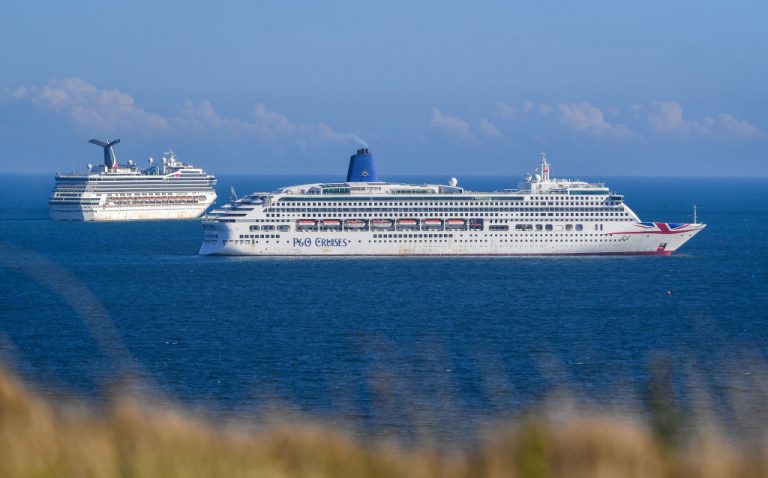 Ships put out to sea by the Carnival Cruise Line, referred to lovingly by some as “Carnivore” cruises, have a reputation for being floating bacchanals. “Choose fun,” the company tells its cruisers.

James Michael Grimes took the company’s advice as the Carnival Valor floated down to Cozumel, Mexico. The 28-year-old Alabama native was having the time of his life. But then he went a little overboard. Actually, a lot overboard.

Around 11 p.m. on November 23, Grimes told his sister he was going to use the bathroom and would be back shortly. He never came back.

Grimes says he has no memory of what happened next. “When I came to, regained consciousness, I was in the water,” he told Good Morning America. In fact, the last thing he remembers is winning an air guitar contest. But he didn’t fret. He just kept swimming.

By the time his family reported him missing the following afternoon, Grimes had been in the Gulf of Mexico treading water for more than 12 hours. And something caught his eye: “It had more like a flat mouth and came up and bumped one of my legs and I kicked it with the other leg. It scared me not knowing what it was.” (He refers to it as a sea creature.)

As for sustenance, Grimes told GMA, “A stick come floatin’ by. It looked like bamboo. So I started eatin’ on it, and it actually—I’m not gonna say it tasted good but it gave some type of flavor in my mouth other than saltwater.”

It took the Coast Guard another six hours to find their missing man, who was swimming toward a tanker—the search radius was 7,000 square miles. “The Lord was with me,” said Grimes, who was able to climb aboard the rescue litter with the last ounce of energy he had. Also, he was naked.

Grimes admits he drank during the day—he earned a free drink for his victory in the air guitar competition. When GMA pressed him on exactly how many drinks he had, Grimes replied: “I couldn’t really say.”

For keeping his head above water, fending off sea creatures, being an air guitar champion, and wanting to go on another cruise “because I really didn’t get to go on this one,” James Michael Grimes is a Washington Free Beacon Man of the Year.