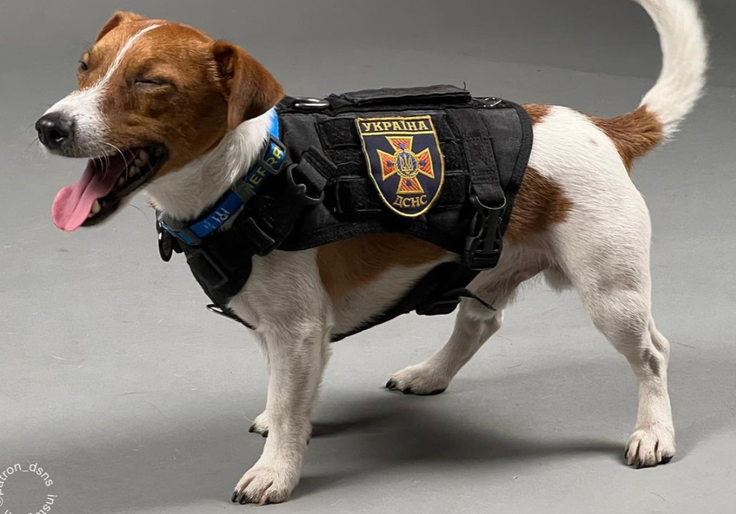 Case in point: the cowardly members of a Russian National Guard unit who abandoned Max, their team’s three-year-old Belgian malinois, when they fled the Nova Odesa district of Mykolaiv Oblast in May. Ukrainian forces stumbled across him after driving the gutless Russian war criminals from the area.

After determining Max was well-trained and in “excellent physical shape,” the Ukrainian troops inducted him into their unit.

“From now on, Max will serve in our ranks, defend Ukraine and learn to bite off some Russian asses,” said Max’s new Ukrainian handler.

Unsurprisingly, the commie bastards didn’t realize how exceptional Max was. Barely a month after switching sides, he’d already learned Ukrainian commands and is learning how to sniff out Russian mines in the region. The Ukrainian military plans to have Max team up with Patron, the Ukrainian army’s most decorated bomb sniffing dog.

The three-year-old Jack Russell Terrier, whose name means ammo in Ukrainian, is one half of Ukraine’s premier bomb disposal duo. Along with his owner Mykhailo, Patron has sniffed out and diffused over 200 Russian bombs and landmines since the beginning of the war.

While Vladimir Putin shits his pants in the Kremlin, Patron travels the country, teaching children mine safety on top of his military duties. In May, Ukrainian president Volodymyr Zelensky awarded the canine the Order of Courage in a joint ceremony with Canadian prime minister Justin Trudeau. According to NPR, “Patron barked and wagged his tail enthusiastically” as he was given the award.

Patron received his recognition. Among those who save the lives of 🇺🇦 every day are four-legged heroes. The most famous among them is Patron, a bomb-sniffing dog. In the presence of @JustinTrudeau, @ZelenskyyUa presented him an award “For Dedicated Work in the #UAarmy“. pic.twitter.com/mssSTlfIKW

Like Conan, the Delta Force officer who helped U.S. troops kill ISIS leader Abu Bakr al-Baghdadi in 2019, Max and Patron have demonstrated a bravery and commitment to freedom rarely found in man or beast.

For defending democracy with smiles on their faces, these good boys can take their places alongside Conan as Washington Free Beacon Men of the Year.