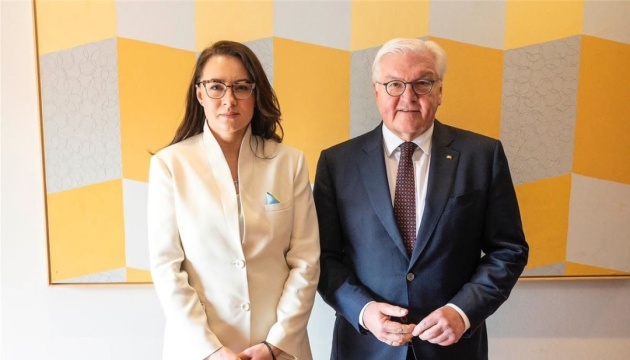 According to Ukrinform, this issue was discussed at a meeting between Germany’s President Frank-Walter Steinmeier and Ukraine’s First Deputy Prime Minister, Minister of Economy Yulia Svyrydenko, the press service of the Ministry of Economy reported.

“No country and no nation seeks peace today as much as Ukraine and the Ukrainian people do. But it must be peace on Ukrainian terms. A just peace. This formula was proposed by Ukrainian President Volodymyr Zelensky. And we are convinced that with the joint efforts of all the free democratic countries of the world, it can and must be implemented. We are convinced that Germany is capable of taking on the role of a leader in the consolidation of European countries around Volodymyr Zelensky’s peace formula,” Svyrydenko said.

Steinmeier, in turn, said that Germany would continue to provide further unconditional support for Ukraine, its territorial integrity and sovereignty. He also added that Germany would do everything in its power to achieve peace and stability in Europe.