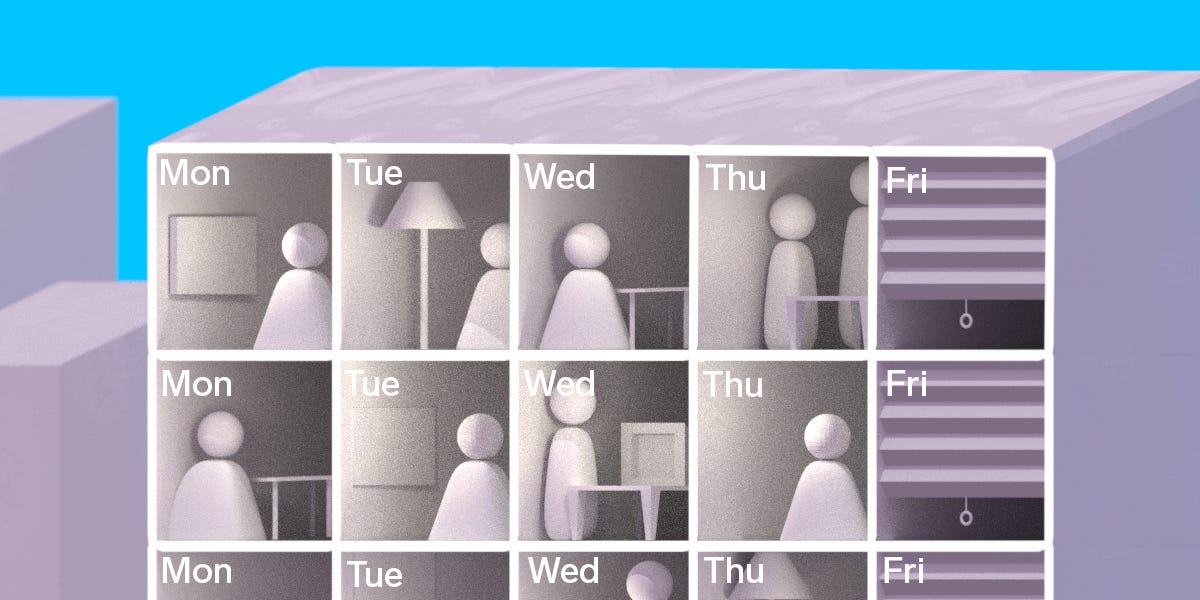 More companies are finding success with the four-day workweek. A recent trial of 33 companies had overwhelmingly successful results.

The results are in: It’s time for your company to stop working on Fridays (or Mondays).

The latest, perhaps most convincing evidence yet for the shift to a four-day workweek comes from a six-month trial which began in February 2022 in which 33 companies with employees in six countries decreased their employees’ workload to four days, or 32 hours, a week. Organized by 4 Day Week Global, the real-world experiment sought to see whether the employees could be just as productive in 80% of the time — all for the same pay. The results were overwhelmingly positive: Companies in the program reported increased revenue and improved employee health and well-being, and had a positive impact on the environment. And after the success, a hundred more companies that together employ thousands of people are considering or are already implementing the same approach.

So if you’ve ever tried to persuade your boss to shift to a four-day workweek, this is the best evidence yet that it can work. The results of the new report were unequivocal: The four-day workweek was better for everyone.

‘It probably sounds crazy, but it works’

At the outset of the trial, employees at Soothing Solutions, a Dundalk, Ireland-based company that makes cough lozenges for children, were skeptical that a four-day working week would be feasible, let alone profitable. But the founders Sinéad Crowther and Denise Lauaki had high hopes. When the company was founded in 2017, the duo wanted to establish a people-focused culture, so when Crowther learned about 4 Day Week’s program in 2021, she saw it as a way to attract and retain talent.

Since Soothing Solutions hired its first employees last year, no staff members have left the company, and Crowther told me the anecdotal feedback about the four-day week had been so glowing that it almost moved her to tears. “One of our employees has an elderly parent who was terminally ill, and she got to spend three, four days a week with them,” she told me. “She said nothing can give her that time back. She wouldn’t have got to do that in any other job.” Another worker has been able to pursue her passion for photography in her time off, Crowther said, adding that “it turns out, she’s a fantastic photographer!”

Because Soothing Solutions started operations using the four-day week, the founders don’t have anything to compare their business growth to, but Crowther isn’t worried about any negative impact a four-day week might have on business, even as the company grows. When we spoke, Soothing Solutions had just launched on Amazon and had its first UK sale. Its products are available in Ireland, Northern Ireland, Cyprus, and Scotland, with plans to expand further. “We have absolutely no concerns,” she said. “It probably sounds crazy, but it works.”

4 Day Week Global is a nonprofit community platform that promotes the four-day workweek by helping companies implement it and by funding research into the future of work. The organization was established after the success of a landmark trial program at its cofounder Andrew Barnes’ New Zealand company Perpetual Guardian. To conduct trials at companies and analyze their results, the group has partnered with academics at Harvard Business School, Oxford University, and the University of Pennsylvania.

The four-day-week movement has been gaining momentum on the heels of the Great Resignation and the push from employees to rethink the way we work. The tech startup Bolt became the first unicorn to trial it in 2021, finding it so successful that it implemented it after three months. Other trials of shorter weeks have found success as well: A 2021 trial in Iceland found positive results, and a 2019 research paper by Henley Business School found that two-thirds of businesses operating on a four-day week saw employee productivity increase.

There is some pushback, though. A shorter week could mean employees’ workload increases each day, causing more stress rather than less. For companies that experience significantly busier periods around holidays or during the summer, it may not be possible to extend the program across the whole year. And many companies, such as banks or insurance companies that require around-the-clock customer service or news organizations that follow a 24-hour news cycle, aren’t able to shutter for even one day each week. But in those cases, companies could approach the four-day week the way they already handle weekends: Simply arrange teams’ schedules so there are always people working.

The ongoing push for a four-day workweek isn’t the first time there’s been a movement to upend the traditional model of work. Until 1926, the standard US workweek lasted six days. Then, Henry Ford reduced the workweek at his namesake company down to five days. He believed an extra day off would increase workers’ productivity and give workers more leisure time to spend more money — hopefully on Ford cars. The trend caught on, and, after organizing by workers in favor of the shift, the Fair Labor Standards Act set the standard for the workweek at 44 hours; an amendment in 1940 set the now-standard 40-hour week. Fast forward to today, and our norms appear ripe for a shake-up once again.

Barry Prost, a cofounder of the Irish company Rent a Recruiter, a specialist talent-acquisition service, took part in the six-month 4 Day Week trial with the goal of addressing staff turnover — a problem for many businesses since the coronavirus pandemic. When the pandemic began, Rent a Recruiter was already moving to a permanent remote-work model, and after hearing about the program the company decided to try the four-day week as well. To Prost, it was particularly important to ensure the switch didn’t hurt clients. Despite these reservations, Prost told me that not only had customers been supportive of the modified schedule, but some had even asked about implementing the policy themselves.

Crucially, the new approach has brought huge gains to the small startup, which employs 20 people. Over the six-month trial period, Rent a Recruiter doubled its gross profits and calculated that its staff’s productivity doubled over that time as well. And though it wasn’t the initial motivation, Prost told me the benefits had shown up in more than just the company’s bottom line. “Anecdotally, we have a manager who’s also a psychotherapist — she’s now able to spend more time on her therapy practice,” he said. “We’ve got mums and parents who are able to drop off and pick up their kids on a Friday, which they wouldn’t have been able to do otherwise.”

While staff well-being and retention are important, the trial also was associated with a revenue boost among the participating companies. Among the 16 companies in the trial that provided revenue data, combined revenue for the companies, weighted by size, increased by 8.14%, which for some companies was nearly 40% higher than revenue growth during the same six-month period of the previous year.

The companies that took part in the trial have reported almost no downsides. None of the 27 companies that filled out a final survey for participants said they had any plans to return to a five-day week. And nearly all of the 495 employees involved in the trial wanted to maintain the four-day working week. According to the post-trial surveys, everyone from CEOs and managers to junior employees noticed far-reaching benefits, and a new UK-wide trial is now underway.

While adopters of a four-day workweek might be primarily seeking a business impact — in revenue or employee well-being — there could also be less-obvious benefits.

For one thing, less time working correlates with lower carbon emissions — people are commuting less, and businesses use less energy. The 4 Day Week trial found that participants spent an hour less time commuting than before the trial. And as Orla Kelly, an environmental sociologist at University College Dublin who was the lead researcher for the 4 Day Week trial, told me, the shorter workweek also helps people make more pro-environmental choices. “When people are working longer hours, they tend to be in this kind of work-spend cycle where consumption patterns tend to be quite intensive,” Kelly said. With less free time, people are more likely to buy food in disposable plastic packaging, drive to work instead of walking or taking public transportation, and spend more money on material goods. Kelly tells me that because this is hard to measure, the research is still in its early stages, but she hopes to dive deeper into the idea and provide more concrete evidence of the environmental benefits of a shorter working week.

A four-day week also provides vast improvements in well-being, life satisfaction, and sleep for women. Since women tend to take on more caring responsibilities, the extra day off work was most beneficial for them, allowing the extra load of emotional labor to be spread more evenly. In Ireland, where many of the companies in the trial were based, 70% of part-time workers are women. “Women tend to often be in jobs that pay less, so they tend to be the ones that move to part time, even if they don’t want to,” Kelly told me. In the past few years especially, women have been leaving the workforce in droves, or cutting back hours, over burnout or a lack of childcare options. “This can be problematic for their long-term career trajectory, their pension contributions, and the dynamics of power within the household,” Kelly said. Cutting back working hours for everyone helps women stay in their full-time jobs and not feel as if they’re getting pushed out of the workforce.

It’s unlikely that the world will shift to a four-day week overnight, but the trial produced real benefits and found it’s possible for many different kinds of corporations, as long as they are willing, to make the change. As companies continue to grapple with attracting and retaining staff, the four-day week could be a relatively simple solution. And after the latest trial, there aren’t many excuses not to try it out.

Molly Lipson is a freelance writer and an organizer from the UK.

Home » Audio Sources - Full Text Articles » In the largest-ever experiment of its kind, 33 companies adopted a four-day workweek. The results were conclusive: It’s time for everyone to take Fridays off.
a