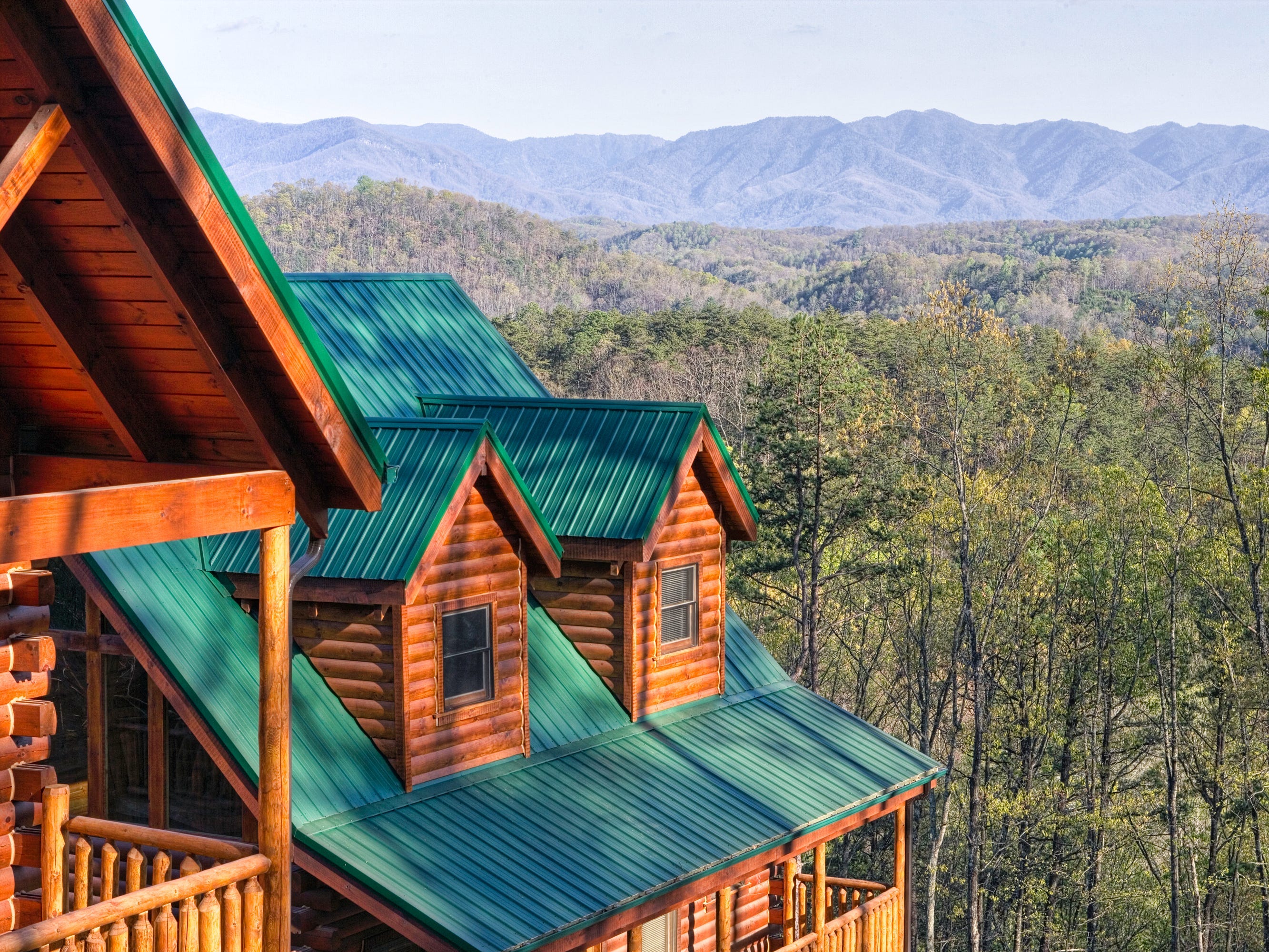 Gatlinburg, Tennessee has seen explosive growth in short-term rental listings since the beginning of the pandemic, according to AirDNA.

Economist Jamie Lane says that if Airbnb or Vrbo hosts over the past two years were able “to operate on autopilot,” then 2023 is the year they should “turn that off.”

The coming year is poised to bring an increasingly competitive landscape, according to a 2023 outlook released today by short-term rental analytics firm AirDNA, and supply is expected to grow faster than demand, Lane, AirDNA’s vice president of research, said.

The interest in short-term stays will still be there, according to the report. Hosts, however, might expect to cut nightly rates to keep the same occupation numbers as last year or see a small drop in revenue compared to 2022, Lane said.

The report’s findings are not quite the collapse the #Airbnbust nay-sayers predict, but it is certainly the end of the road for investors who were looking to get-rich-quick in the post-vaccination travel boom.

Large and mid-size cities are expected to see the biggest increase in supply as increased international travel brings visitors back to these destinations.

Lane says Gatlingburg, Tennessee is a “poster child” for the expected phenomenon — a pandemic hotspot whose blistering growth is expected to cool off.

Over the past two years, it “ticked all the boxes” of travel trends including drive-to distance from several major metro areas, including Atlanta and Knoxville, and an emphasis on outdoor activity. The nearby Great Smoky Mountains National Park recorded its highest visitation numbers ever in 2021.

In February 2020, there were nearly 10,000 listings in the combined Gatlinburg-Pigeon Forge, Tennessee region. Today there are over 16,000, according to data from AirDNA.

There’ll be more listings, especially in cities rebounding from a drop in international visitors 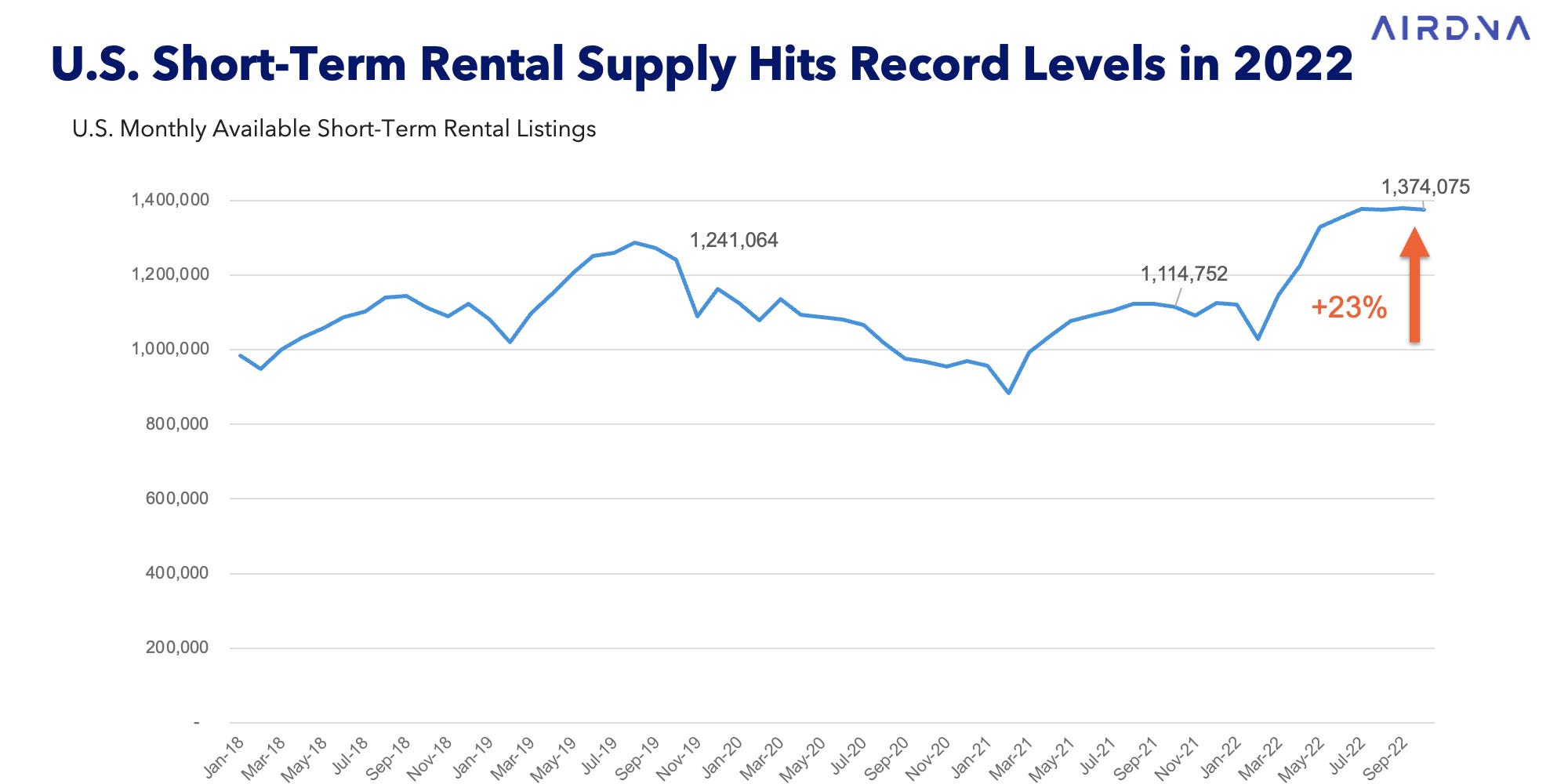 In September 2022, nationwide available listings hit nearly 1.4 million, an industry-record and 23% jump from the 1.1 million available in September 2021, according to AirDNA data.

Supply is not expected to keep up with that astronomical pace, Lane says, as rising interest rates deter investors from acquiring new properties.

But a 9% growth is expected to partially come from second-home owners not already listing their properties, as recession fears might force owners to look for new sources of income.

Large and midsize cities are also expected to see the biggest jump in available short-term rentals, as pandemic travel trends begin to reverse themselves.

The barriers to international travel that persisted through 2021 and strong U.S. dollar exchange during 2022 kept the number of foreign visitors suppressed, Lane explained, but there are signs they are finally returning.

Lane says in the face of an economic downturn, consumers are expected to still value travel.

“Even if we go into a mild recession, we don’t expect demand for travel to decline next year,” he told Insider.

Instead, his team expects consumers to pull back on “goods,” like furniture and cars, but still put their money towards “experiences.”

But since this demand is spread over an increasing amount of rentals, hosts will need to remain vigilant, Lane says, to protect their business.

In October, the average host saw 6% less bookings compared to October 2021, according to AirDNA data. The hosts that will do best will most likely be those that offer discounted rates, Lane says.

“Those that are actively revenue managing are going to probably keep their overall revenue pretty flat and they’re gonna maintain their occupancy,” he told Insider.

Those who don’t actively manage their prices will “most likely” see a drop in their revenue, Lane said.

Home » Audio Sources - Full Text Articles » Airbnb and Vrbo owners should brace for 2023. There’s more competition than ever and hosts will have to work harder to stay booked.
a