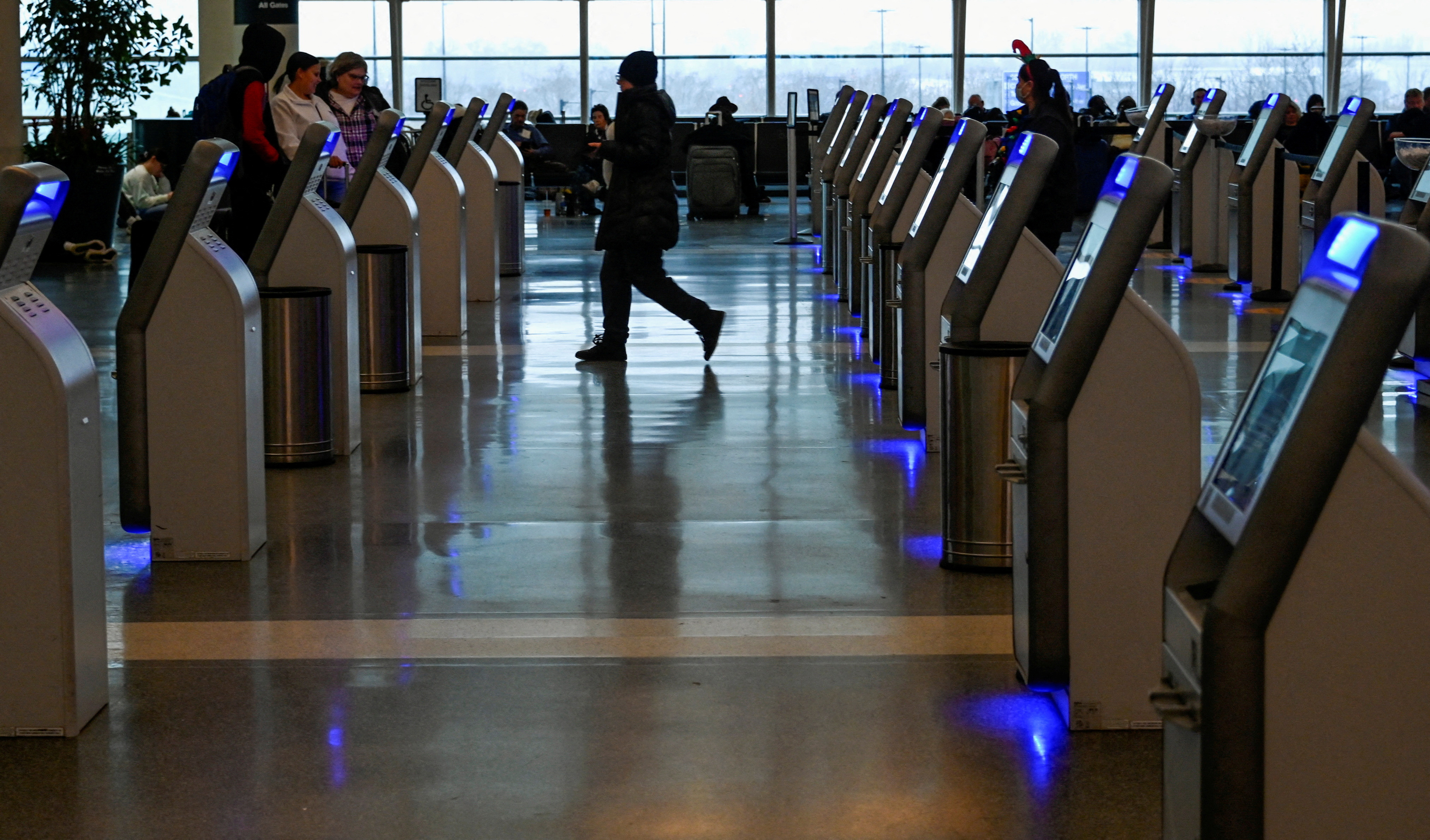 Passengers arrive for their flight on Southwest Airlines as flight cancellations mount during a cold weather front as a weather phenomenon known as a bomb cyclone hits the Upper Midwest, at Midway International Airport in Chicago, Illinois, U.S., December 22, 2022. REUTERS/Matt Marton/File Photo

Airlines canceled over 4,400 U.S. flights on Friday as a massive winter storm snarled airport operations around the United States and frustrated thousands of holiday travelers.

The Federal Aviation Administration (FAA) imposed ground stops or delays for de-icing at a number of U.S. airports because of winter weather. It said “severe winter weather moving across the Great Lakes into the Northeast will have a major impact” on flights, adding that “flight delays are likely from Boston to D.C. Metropolitan area airports, Seattle-Tacoma and Portland International Airports and Aspen” in Colorado.

Transportation Secretary Pete Buttigieg told CNN the U.S. aviation system “is operating under enormous strain” and two different storms and high winds are affecting airports around the country. About 10% of U.S. flights were canceled on Thursday, Buttigieg said.

“You are going to see a lot of disruption,” he said.

Seattle-Tacoma International Airport had 44% of departing flights canceled as of 11 a.m. PST (1400 GMT). The FAA early on Friday issued a ground stop there due to snow and ice.

Another 5,500 U.S. flights were delayed on Friday – including more than a fifth of those operated by American Airlines (AAL.O), United Airlines (UAL.O), Delta Air Lines (DAL.N) and Southwest Airlines (LUV.N).

Southwest canceled 889 flights Friday, more than one-fifth of all its scheduled flights, while Alaska Airlines (ALK.N) canceled 359, or 46%, of its flights.