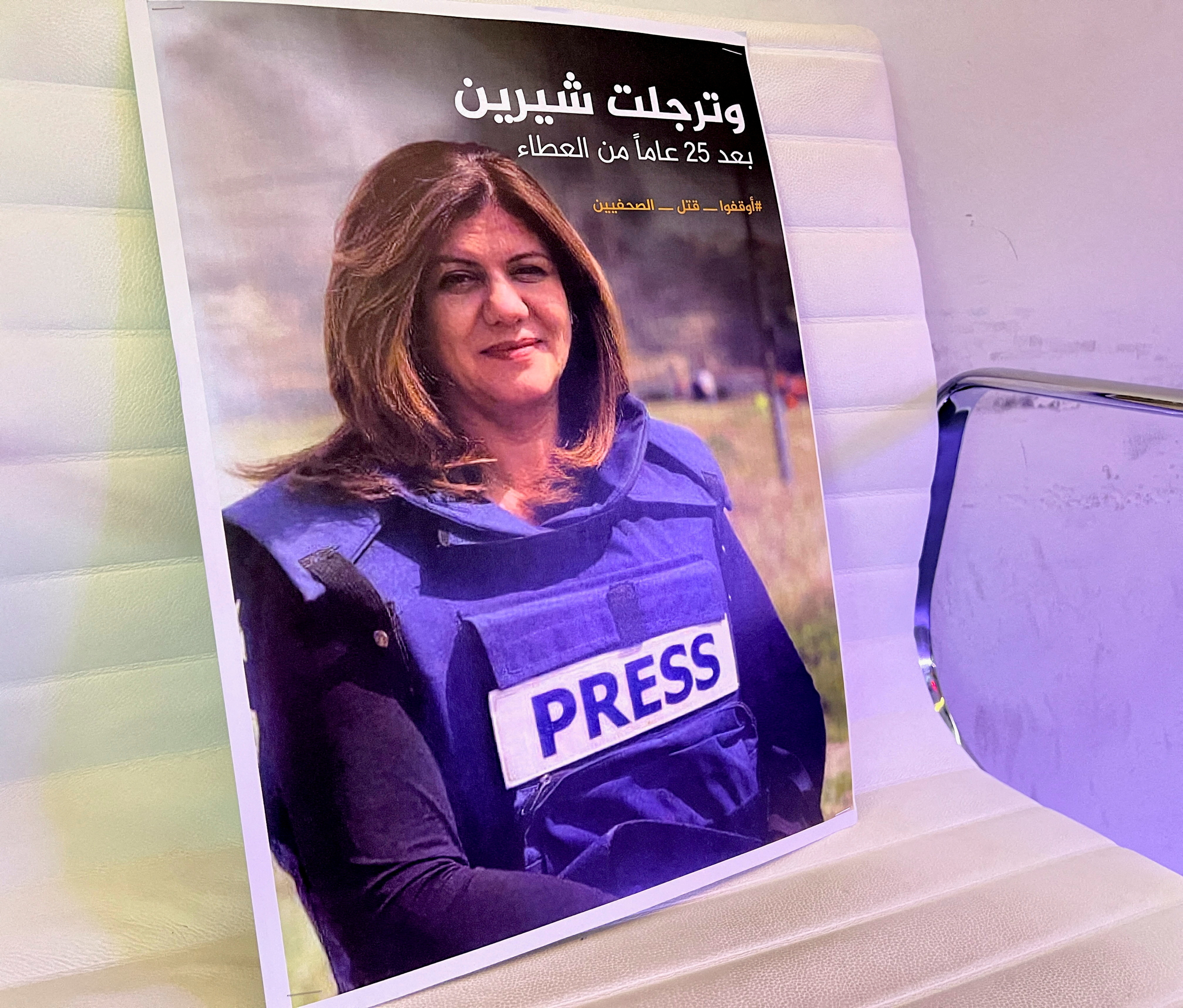 A picture of Al Jazeera reporter Shireen Abu Akleh, who was killed during an Israeli raid in Jenin, is displayed at the Al-Jazeera headquarters building in Doha, Qatar, May 11, 2022. REUTERS/Imad Creidi

Al Jazeera on Tuesday said it has made a submission to the International Criminal Court (ICC) over the killing of Palestinian-American journalist Shireen Abu Akleh, who was shot during an Israeli raid in the West Bank in May.

The ICC must identify the individuals who were directly involved in Abu Akleh’s killing, Al Jazeera lawyer Rodney Dixon KC told a news conference in The Hague on Tuesday.

The ICC’s Office of the Prosecutor has been investigating possible war crimes and crimes against humanity by either the Israeli Defense Forces (IDF) or Palestinian groups in the Palestinian Territories since March 2021. It confirmed on Tuesday it had received a communication from the Al Jazeera Media Network.

“Any individual or group may send information (communications) on alleged crimes to the ICC Prosecutor, who is duty bound to protect the confidentiality of the information received,” it said in a statement.

The circumstances of Abu Akleh’s killing are disputed.

Palestinian officials and Abu Akleh’s family have said they believe she was killed deliberately by Israeli forces and have rejected Israeli statements that there were militants around where she was standing.

Israel’s military said in September that she was likely unintentionally shot by an Israeli soldier but could have also been hit by Palestinian fire.

Israeli Prime Minister Yair Lapid said on Tuesday: “No one will interrogate IDF soldiers and no one will preach to us about morals of combat, certainly not the Al Jazeera network.”