(Reuters) – Conspiracy theorist Alex Jones on Wednesday said he has less than $12 million of the $1.5 billion he owes the families of Sandy Hook school shooting victims, but they immediately questioned the accuracy of his statements. 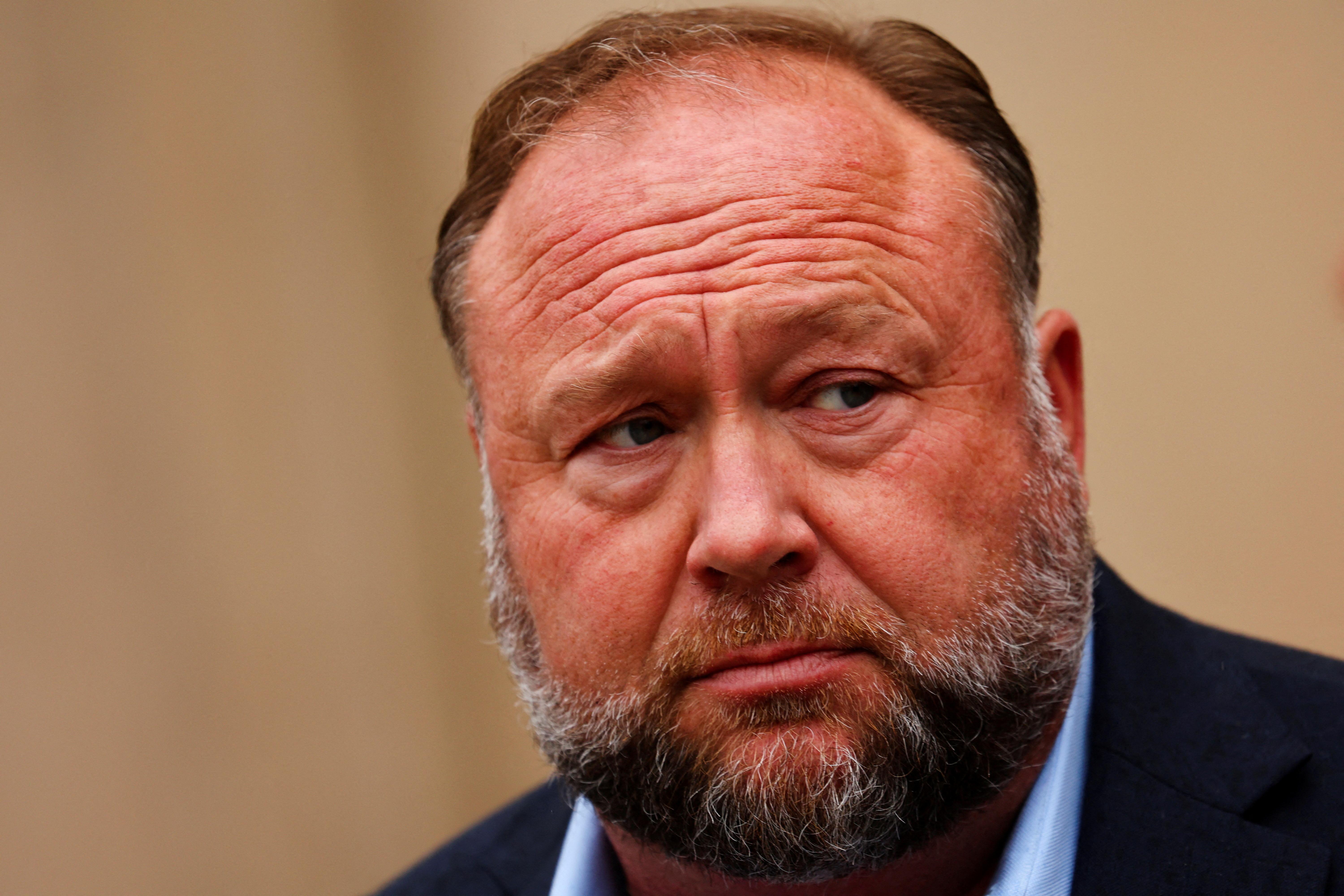 In the first hearing of Jones’ bankruptcy in a Houston court, his attorney Vickie Driver said Jones wanted to settle with the Sandy Hook families. They won $1.5 billion in defamation trials over Jones’ lies about the 2012 school shooting.

Jones said in a court filing that it would be “functionally impossible” for him to pay the defamation verdicts in full.

David Zensky, an attorney for the Sandy Hook families, said Jones lied for years about the Sandy Hook shooting and concealed information about his companies InfoWars and Free Speech Systems. He questioned whether Jones would fully disclose his finances.

“We’re here because Mr. Jones’s stock in trade is lies, not truth,” Zensky said at the hearing.

Jones said in court filings that he needs more time to file detailed financial reports because his personal finances are “somewhat disorganized.” Jones also said that he would not “give up his public life, or discontinue public discourse” as part of a bankruptcy settlement.

Jones did not appear at Wednesday’s hearing.

Jones claimed for years that the 2012 killing of 20 students and six staff members at Sandy Hook Elementary School in Newtown, Connecticut was staged as part of a government plot to seize Americans’ guns. He has since acknowledged the shooting occurred, but plaintiffs said Jones cashed in for years off his lies about the massacre.

Jones filed for Chapter 11 protection from creditors on Dec. 2. InfoWars’ parent company, Free Speech Systems, which is owned by Jones, filed for bankruptcy in July, before courts in Texas and Connecticut determined the amount of Jones’ liability for the Sandy Hook defamation claims.

Jones has said that he will appeal the Sandy Hook verdicts if he is unable to reach a settlement in bankruptcy.