Brittney Griner is finally home after ten months of captivity in Russia. I’d hoped this would be a moment for uncontroversial celebration. After all, the American basketball star, who had been convicted of absurd drug trafficking charges for possession of vape cartridges in her luggage, and sentenced to nearly ten years in prison, was clearly being used by Putin as a political pawn. In May, the U.S. State Department declared her wrongfully detained. And yet, the news of her release has led some to question whether she is worthy of freedom. It’s giving me flashbacks.

Griner was released in exchange for Viktor Bout, the notorious arms dealer known as the Merchant of Death. It’s this, and the failure to release another American, former Marine Paul Whelan, who’s been imprisoned in Russia for nearly four years, that has complicated what would otherwise be a simple win for justice. The crudest version of this reaction comes from the likes of Donald Trump Jr., who tweeted: “No one cuts better deals than Biden. We get an awful America hating WNBA player, while Russia gets an INTERNATIONAL ARMS DEALER!!! The adults are back!” But if you strip away the demagoguery and insults, there’s a point worth addressing there.

Viktor Bout helped fuel some of the bloodiest conflicts of the 1990s, many in Africa, selling millions of dollars worth of weapons from the Soviet Union stockpiles. He was caught in 2011 through a sting operation where he was lured into attempting to sell anti-aircraft missiles to the Colombian militant group, the FARC, for use against American forces. For this, he was convicted of conspiring to kill Americans and aiding a terrorist organization and sentenced to 25 years in prison. He’s a serious criminal who has caused serious suffering around the world, and it was, dare I say, a good thing that he was incarcerated.

It’s very possible that the arrest and conviction of Griner on trumped up drug charges was done specifically with an aim to create leverage to get Bout released. They are not offenders of equal measure by any sane standard. Trump Jr. is right about that. But does it matter? Can you put a price on innocence?

Take my story for instance. The U.S. State department never declared me wrongfully detained when I was locked up in Italy, though from day one there was no reliable evidence that I had committed any crime at all, and there was copious evidence against Meredith Kercher’s actual killer, Rudy Guede. Over the course of my four years of imprisonment, as many people around the world realized how badly I’d been railroaded, the official U.S. position remained that Italy was a sovereign nation with a legitimate justice system. And believe me, I wish Hillary Clinton would have pulled some strings to get a team of Navy Seals to helicopter me to freedom, or offer a high value prisoner exchange, but despite accusations by Italian authorities of American meddling, the U.S. government couldn’t help me. There was a measurable value to my innocence, a price to my freedom, but, as I wrote in this essay for New Thinking, the financial and diplomatic ties between the U.S. and Italy vastly outweighed the value of one wrongfully imprisoned nobody. There is much less to lose in diplomatic relations between the U.S. and Russia, by contrast, especially with the Russo-Ukrainian war in the background.

After I was acquitted in 2011, I was retried and reconvicted in absentia for the same crime and sentenced to 28.5 years. I had to appeal yet again while facing potential extradition. I had largely given up hope of a sane outcome at this point. The truth didn’t seem to matter. My best realistic hope was that when my appeal failed, I could beg the U.S. government to advocate for me to be able to serve out that unjust sentence in the U.S., rather than Italy, to lessen the burden on my family. My lawyers advised me not to go out in public—no bars, no karaoke, no dancing, no fun—be invisible and perfect. If you don’t want to be extradited, you need to appear worthy of U.S. intervention. I remember thinking, as a deep chasm opened up in my chest, isn’t it enough that I’m innocent?

The truth was—no. To the perspective of the government, my innocence was a value on a spreadsheet, a small one, to be weighed against many other variables. The same is true for Brittany Griner and Paul Whelan. Their innocence isn’t enough. Their freedom has measurable value to our government, even for PR reasons. Whelan is an interesting contrast to Griner. Not a celebrated athlete accused of drug possession, but a former marine who deployed twice to Iraq, now accused of espionage. That tidbit alone probably gets the MAGA crowd riled up that “America-hating” Griner was freed instead of Whelan, who supported Trump and who’s been locked up for four years. But Whelan was also court-martialed by the Marines in 2008 for charges of larceny, dereliction of duty, and passing bad checks. In fact, that tarnished record would likely have prevented him from working as a spy, according to former CIA officials. In light of this, Whelan may be seen as a far less sympathetic figure than Griner, and on the chessboard of global politics, I can see why securing his release would be lower priority than that of a celebrated athlete. Justice is often a popularity contest.

But from my perspective, Whelan is no less deserving of freedom than Griner. From a moral standpoint, their innocence is all that matters. And according to Secretary of State Antony J. Blinken, U.S. diplomats made “ceaseless” but ultimately futile efforts to include Whelan in the prisoner exchange for Viktor Bout. Even Whelan’s family understands that. The New York Times quoted Whelan’s brother, David, saying that “The Biden administration made the right decision to bring Ms. Griner home, and to make the deal that was possible, rather than waiting for one that wasn’t going to happen.”

Both Whelan and Griner were supported by the Bring Our Families Home campaign, which advocates for Americans locked up abroad. According to them, there are “over 64 innocent Americans being held hostage or wrongfully detained overseas. They are being held largely because they are Americans—not for any other reason.”

I don’t have any answers to the hard political calculus of who gets justice and who doesn’t when the fates of individuals get enmeshed with the machinations of states. But I do know that certainly everyone who is innocent deserves freedom, both abroad and at home, and that there are by conservative estimates as many as 20,000 innocent people locked up in the U.S. Beyond that, even the guilty who are not a danger to society deserve freedom (and mandated help to become better citizens—something more effective than prison time).

We can acknowledge harsh realities of resources, time, and political capital without having to argue over the value of the life of one of our citizens. Every American locked up abroad is worthy of our advocacy. And it is a cause for celebration that Brittney Griner is coming home. We should also recognize the trauma of this experience for her. I wouldn’t be surprised if she felt some kind of survivor’s guilt, that she got freed, compared to Paul Whelan, who is equally innocent. It’s something all exonerees feel. I feel it. Between me and Meredith, I’m the lucky one who wasn’t murdered. Compared to my fellow exonerees, many of them men wrongfully imprisoned for decades, I’m lucky to have been freed after four. The last thing Brittney Griner needs as we welcome her back home is to be judged worthy or not of her freedom. The attitude of the innocence movement is a good mantra here: Another innocent person is free—hallelujah, full stop. Now on to the next one. 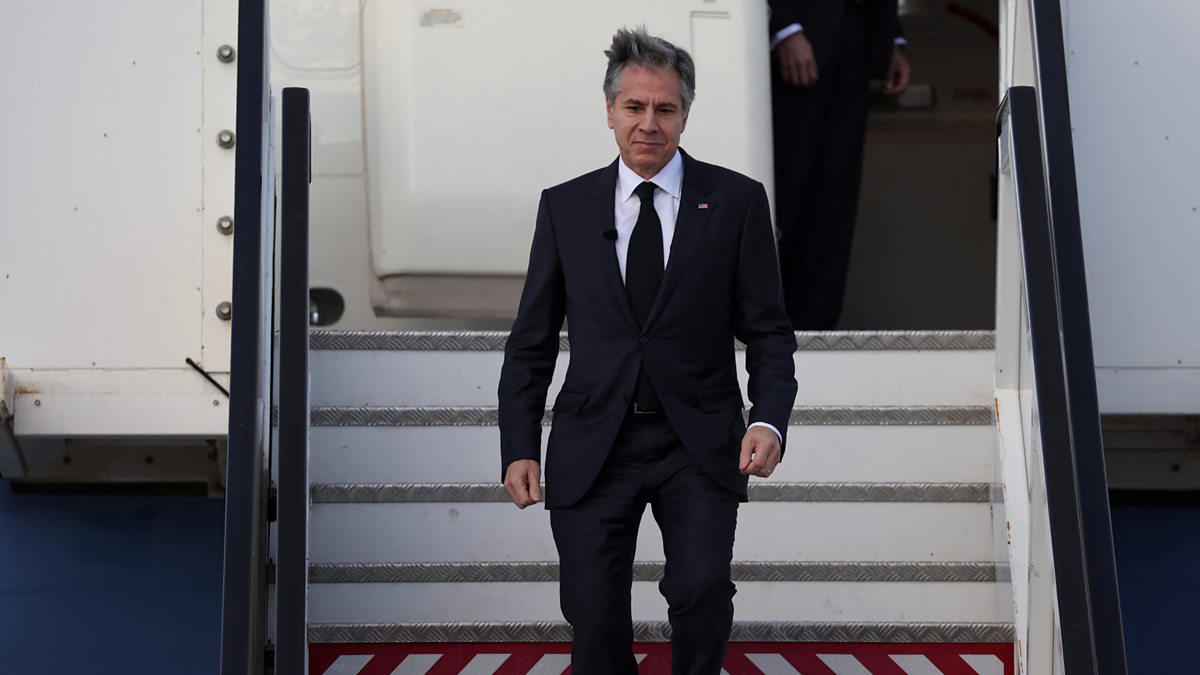 The US Secretary of State Antony Blinken has urged Israel and the Palestinians to take steps to calm tension. He has arrived in Israel for meetings with both sides as violence there continues. In the latest incident a Palestinian man was shot dead by Israeli soldiers in the occupied West Bank. On Thursday, ten Palestinians were killed in Jenin by Israeli forces, while seven Israelis died on Friday when a Palestinian gunman opened fire outside a synagogue in East Jerusalem. Mr Blinken, who is on the second leg of his Middle East visit, will meet Israel’s Prime Minister, Benjamin Netanyahu later today and the Palestinian leader, Mahmoud Abbas on Tuesday.

Also in the programme: an attack on a mosque in the Pakistani city of Peshawar has killed at least 32 people and injured 150 others; and the music of Motown legend Barrett Strong.