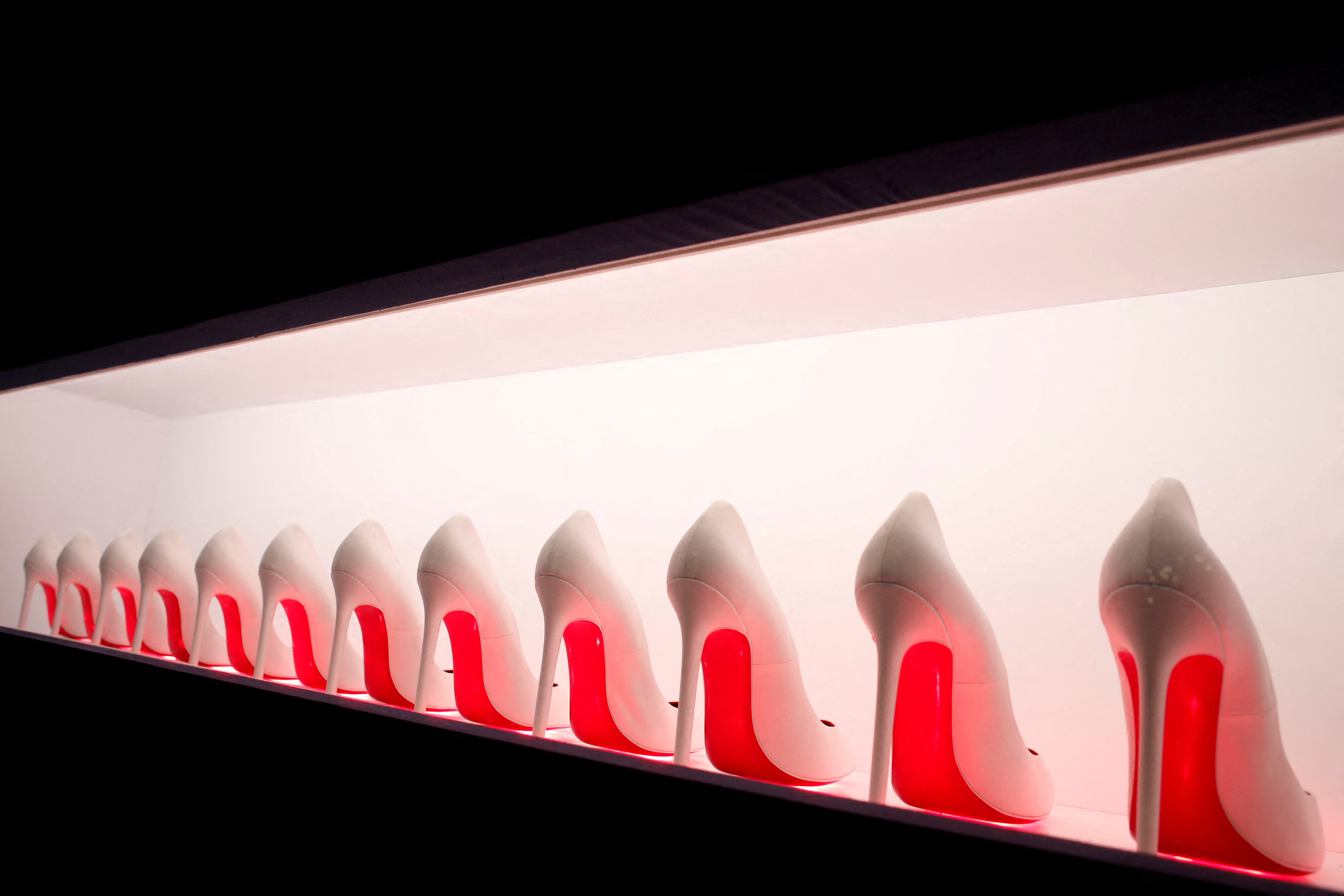 Creations by French shoe designer Christian Louboutin are displayed during a press preview of his exhibition “L’Exhibition[niste]” (The exhibition[ist]) in Paris, France, February 21, 2020. REUTERS/Benoit Tessier

Online retailer Amazon (AMZN.O) may be deemed responsible for advertising of counterfeit Christian Louboutin shoes which found its way on to its platform, Europe’s top court said in a preliminary ruling on Thursday.

The EU court said it is now up to the two national courts to decide whether this is indeed the case.

Louboutin brought two cases against Amazon in a Belgian and a Luxembourg court in 2019, saying the company regularly displayed advertisements for red-soled shoes put on the market without Louboutin’s consent.

Louboutin’s signature red sole is registered as a trademark within the EU. Both courts had sought the guidance of the Luxembourg-based Court of Justice of the European Union (CJEU).

In its ruling on Thursday, the EU court said the world’s biggest online retailer Amazon, as an online sales platform, may be considered responsible for the intellectual property breaches involved in the advertisements of counterfeit products that feature Louboutin’s trademarked red sole.

Amazon did not immediately respond to a request for comment.

“Amazon can be held accountable for the breaches as if the platform was itself the seller… Amazon will be forced to change their model and stop misleading the public by mixing up their own and third-party offers,” he told Reuters.

Van Innis said Louboutin was not currently seeking financial compensation. “We’re not talking money at this stage. We want the breaches to stop,” he said.