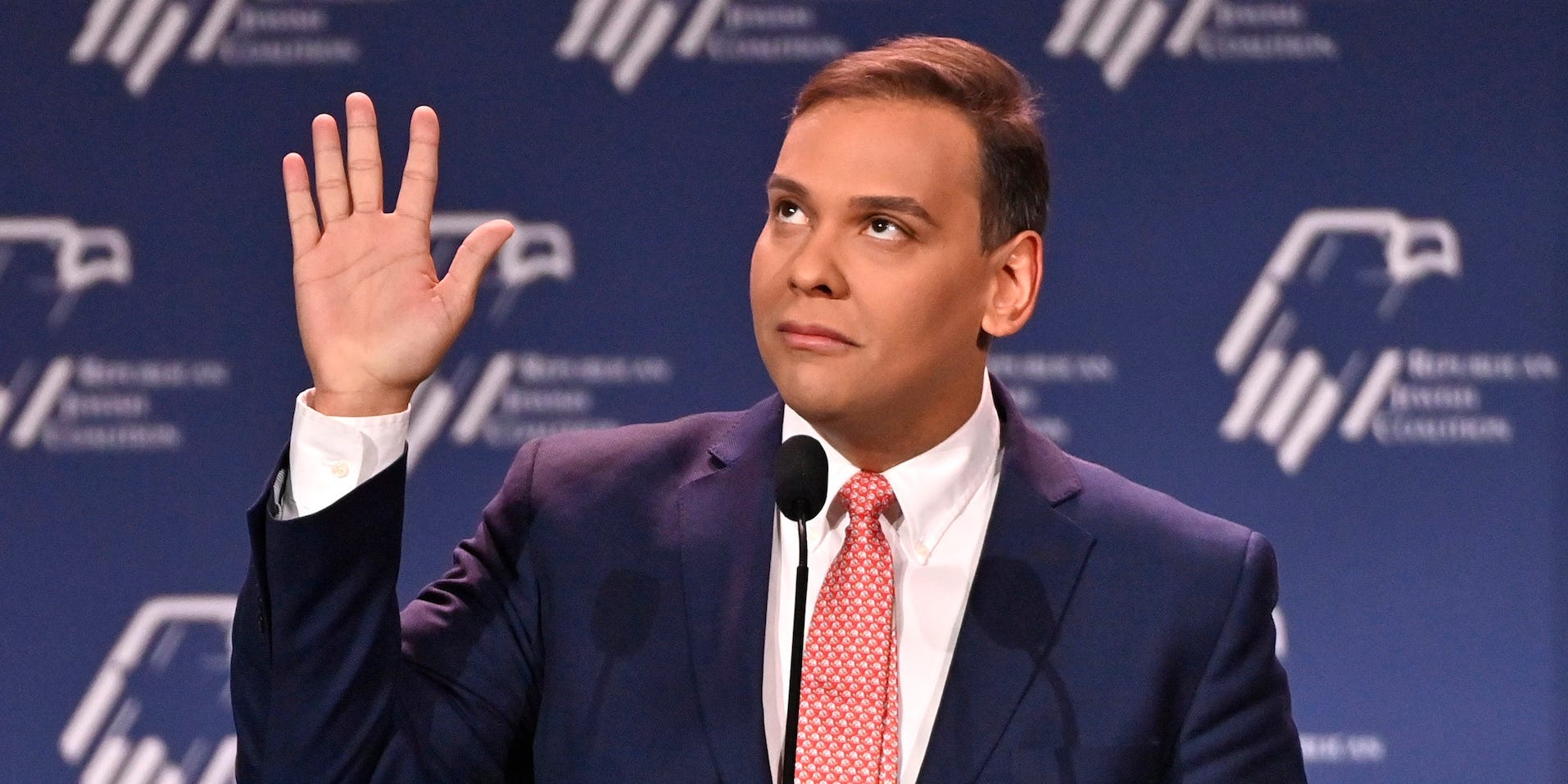 Rep. George Santos admitted that he started his political career by fabricating details of his education, life, and experiences.

The New York Times obtained a copy of his error-riddled resume which he sent to the Nassau County Republican Committee in 2020 after showing interest in running for office.

“He answered the questions — obviously not truthfully — but at that time we trusted him,” Joseph G. Cairo Jr., the chairman of the Nassau committee, said according to The Times. Cairo said it was critical to set up a better process to check the credibility of potential candidates: “We were duped here.”

“I was elected to serve the people of #NY03 not the party & politicians, I remain committed to doing that and regret to hear that local officials refuse to work with my office to deliver results to keep our community safe and lower the cost of living. I will NOT resign!” Santos wrote on Twitter Wednesday.

His resume offers a window into his previously unchecked deception that led to his candidacy and inauguration.

A summary of his skills includes “coin counter.” 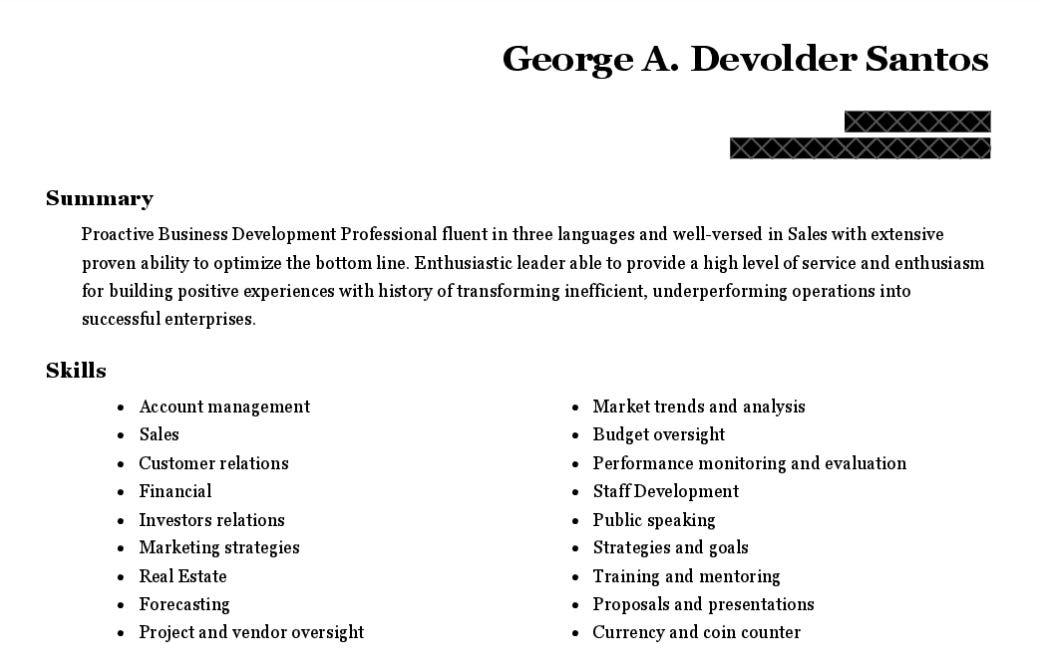 Santos, like many people, opened up his resume with his name, contact information, and a summary of his experiences.

“Enthusiastic leader able to provide a high level of service and enthusiasm for building positive experiences with a history of transforming inefficient, underperforming operations into successful enterprises,” his resume summary reads.

It goes on to list a multitude of his skills including “currency and coin counter.”

His work experience includes companies he did not work at. 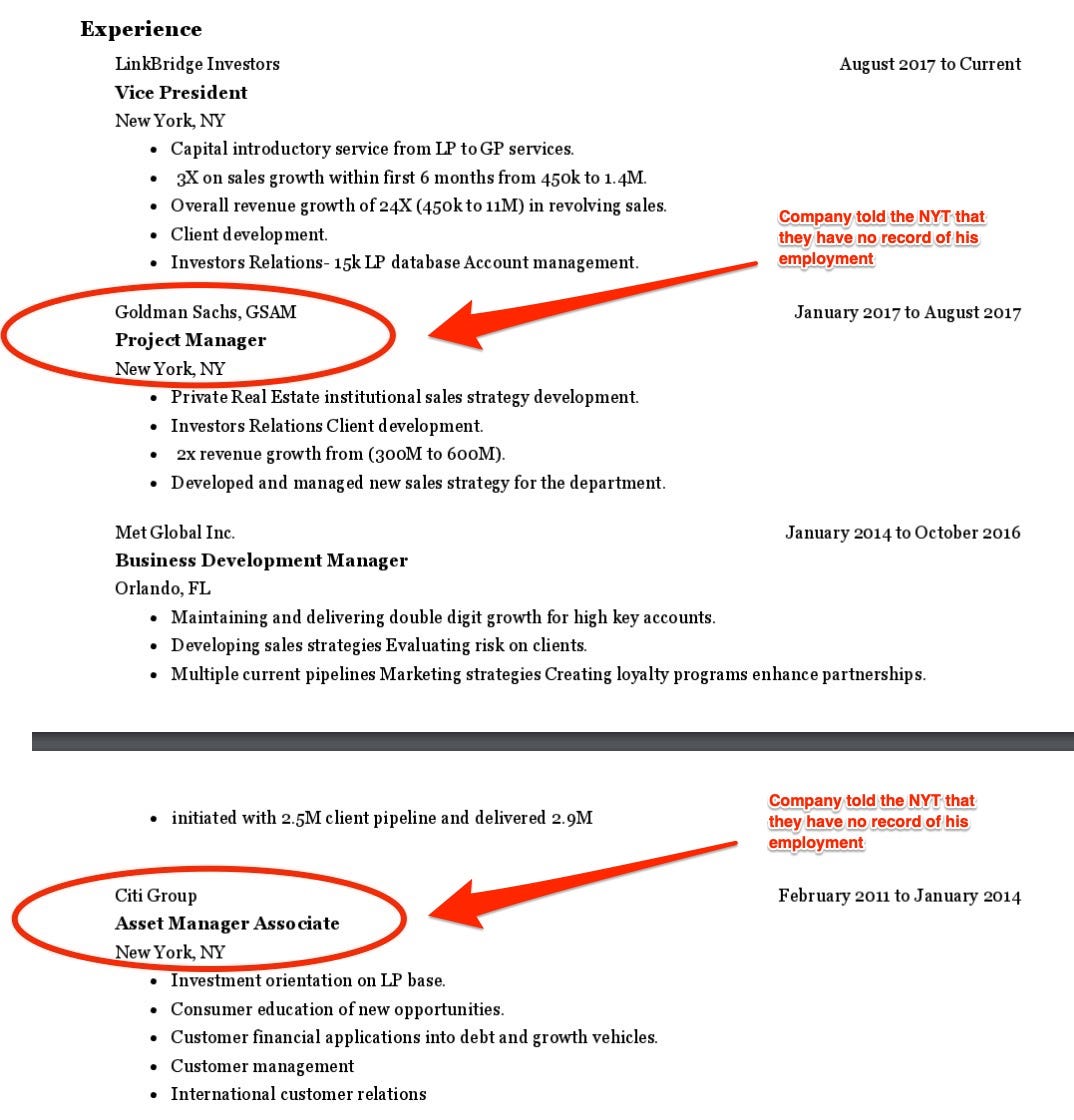 Santos falsely claimed to have graduated from “Baruch College (CUNY” in 2010 with a Bachelor’s degree in “Economics/Finance” and “NYU New York University” in 2013 with an MBA in International Business. He recently admitted that he never graduated from college.

He also says on the resume that he achieved a 3.89 GPA from Baruch College, which recently said Santos never attended.

A spokesman for NYU told The Times they had no attendance records that matched his name and birth date.