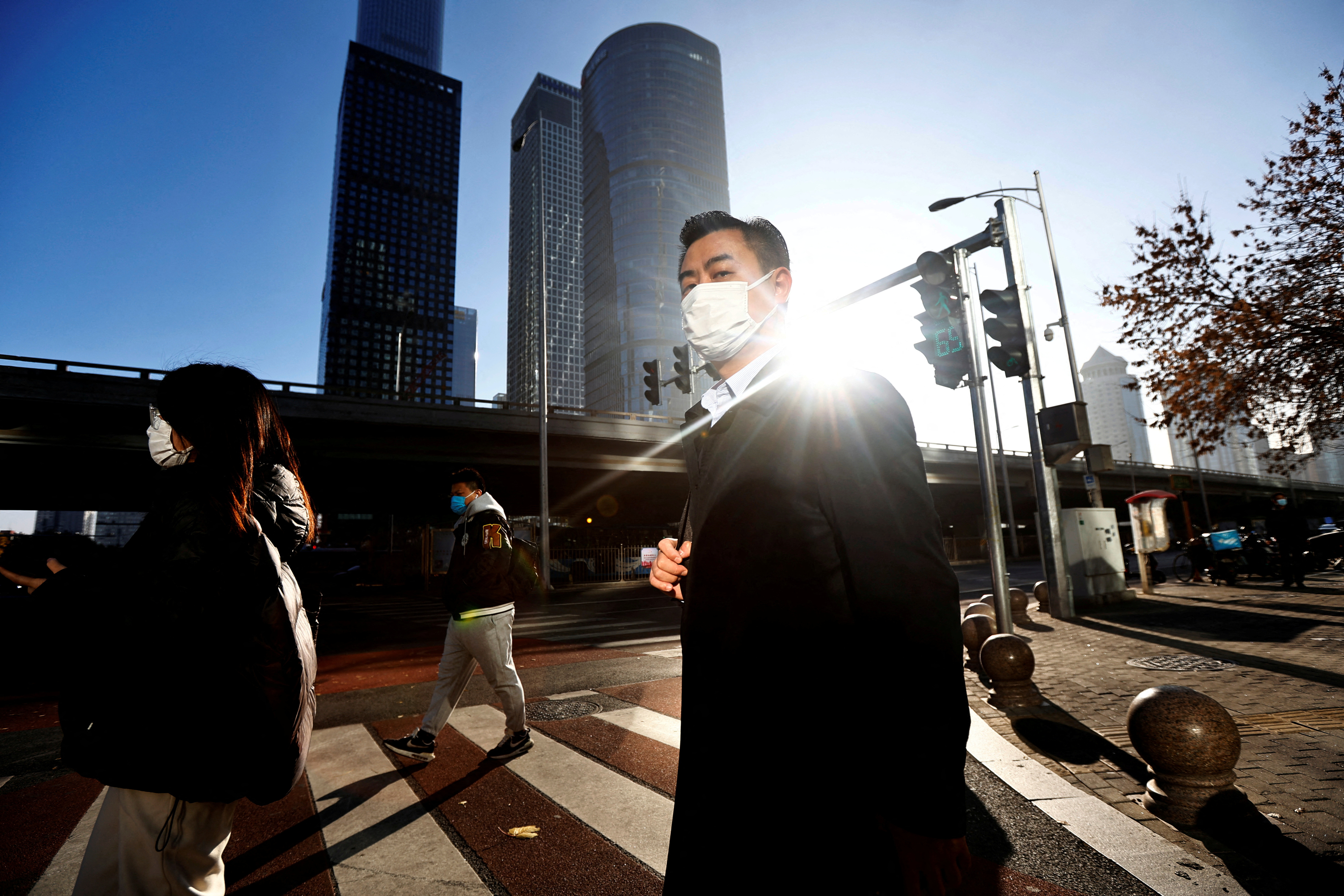 As a physics student at the elite Peking University in Beijing, Lynn Lau was expecting big Chinese private sector companies to scour the campus this summer for upcoming talent.

But with the world’s second-largest economy growing at its slowest rate in decades, many recruiters stayed away this year.

The wishes of Lau’s parents that she had a “safe” civil service career suddenly made more sense.

“Last year, I feel my older classmates by this point had already got offers from big companies but then these same companies this year have just been in wait-and-see mode,” Lau said.

Lau is among more than 2.6 million people state media said have signed up for the nationwide civil service exam, competing for a record 37,000 central government jobs and tens of thousands of other provincial and city government posts.

Those jobs are drawing record interest this year even as cash-strapped administrations in some cities cut wages, in a sign that economic weakness in zero-COVID China is becoming endemic. State news agency Xinhua said some posts had as many as 6,000 candidates fighting for them, while the average was around 70 to one.

Private firms in tech, finance or tutoring are shedding tens of thousands of jobs and youth unemployment this year hit a record 20%.

An unprecedented 11.6 million students, equal to the entire population of Belgium, are expected to graduate next year.

Finding them jobs will be one of the biggest challenges for the Communist Party, which points to the staggering prosperity China has seen over the past four decades to justify its monopoly on power.

“The reasons are obvious: the negative sentiment, the fear of the future,” she said.

Those in the private sector are finding conditions more demanding in an economy battered by COVID-19 lockdowns, a property market downturn and soft demand for exports, with long hours and lots of stress.

On social media, young Chinese refer to the civil service as “the end of the universe,” meaning the safest place around in such an environment.

However, the exam was due on Dec 3-4 but has since been postponed due to COVID-19 outbreaks and no new date has been announced, adding to the stress.

In WeChat groups, students share tips on how to improve their scores and offer each other emotional support as they await word and try to prepare.

Shangshang, a 21-year-old college senior in the Yunnan province who declined to give her full name, said a government role would lower the risk of “implosion” – a term young Chinese often use to describe overwhelming pressure at work.

“Being a civil servant gives you a lot of stability,” she said.

Civil servant jobs in China have been in high demand for thousands of years as a sure way for those with high scores at the five-hour, multidisciplinary exam to move up the social ladder.

To this day, families take pride in their children joining the 55 million people state enterprise sector, or the civil service, which according to the latest data in 2015 was more than 7 million strong and is likely much bigger now.

Those jobs on average pay more than 100,000 yuan ($14,000) a year, but can be 3-4 times that in big coastal cities. That’s often much more than what similar private sector roles pay, and tend to come with housing subsidies and other perks.

That has helped them remain popular despite city governments in several provinces, including Guangdong, Jiangsu, Zheijiang and Fujian, cutting pay by up to a third this year, according to at least six civil servants and some local media articles.

It is unclear how widely spread the state sector pay cuts are across China, but provincial governments – hit by the property downturn and COVID costs – are grappling with a $1 trillion budget shortfall this year.

City clerks go home with less money “by no fault of their own, but simply because of severe fiscal challenges,” one Guangzhou government official told Reuters on condition of anonymity.

“This year may be the worst of the past 10 years but it could be the best of the coming 10,” the official said.

Jane Kang, who works in a county-level prosecutor office in the Fujian province, says her 110,000-120,000 yuan a year salary will be 10-15% lower in 2022. That makes her unhappy, but she sees limited options to improve her condition.

“If I can’t leave the country, then I will remain in the system,” Kang said. “If you work in the system, you have more job security than ordinary people working outside of it.”

The work environment has deteriorated as well, some government employees say.

One government employee in Guangzhou said her bosses demand she only commutes between home and the office to minimise COVID risks, even during times when the rest of the city’s population can move more freely.

“I want to go to a park, want to eat in restaurant, and to have a haircut,” she said.

Chen, a 25-year-old law student in Guangzhou, is aware of the pay cuts and restrictions but insists a state job is her best option and studies six to eight hours a day for the exam.

“The present state of the job market has definitely increased my desire to become a civil servant,” she said.