A tumultuous start for the new U.S. Congress has some investors worried about what could be a prolonged battle over raising the U.S. debt ceiling later this year.

The U.S. Treasury is expected to reach its mandated $31.4 trillion borrowing limit in 2023, and Republicans see that as an opportunity to curb President Joe Biden’s spending on Democratic initiatives such as climate change and new social programs.

While fights over raising the debt limit are nothing new in Washington, some investors worry the Republican party’s narrow majority in Congress could give the party’s hard-liners the upper hand, making it much harder to reach a deal this time around.

Last week’s prolonged fight to elect Republican Kevin McCarthy as speaker of the House of Representatives may offer a picture of the fierce legislative battles ahead: McCarthy’s election required 15 rounds of voting, with him finally winning after making extensive concessions to right-wing hardliners. The 14 failed votes marked the most ballots for the speakership since 1859, in the turbulent years before the Civil war.

“The difficulty McCarthy faced to win the speakership and the concessions he had to make … in the process highlight the tough road ahead for raising the debt ceiling,” said Maria Vassalou, co-chief investment officer of Multi-Asset Solutions at Goldman Sachs Asset Management.

Recurring legislative standoffs over the debt limits over the last decade have largely been resolved before they could ripple out into markets. That hasn’t always been the case, however: a protracted standoff in 2011 prompted Standard & Poor’s to downgrade the U.S. credit rating for the first time, sending financial markets reeling.

Several factors, including the slim majorities and a wide range of views in Congress, could mean that “this debt ceiling episode is as disruptive or probably even more disruptive than the 2011 one,” said Eric Winograd, chief U.S. economist at AllianceBernstein.

“I think that this is going to be the most contentious debt ceiling debate in memory,” Winograd said.

Some of those concerns may already be showing up in markets, even as investors’ focus remains mostly on macroeconomic issues such as inflation and monetary policy.

Yields of Treasury bills due between October and December this year appear to indicate some concerns around the debt ceiling, said Calvin Norris, Portfolio Manager & US Rates Strategist at Aegon Asset Management.

On Tuesday, those yields – which move inversely to prices – were ranging between 4.67% and 4.75%, higher than a 4.57% yield of a one-year bill due in September, suggesting investors are demanding higher returns to hold that paper.

“It would suggest that there’s some type of premium being allocated to bills in that space where the risk of the debt ceiling starts to grow,” Norris said.

The Bipartisan Policy Center last year projected that, absent action from Congress, the day when the federal government will no longer be able to meet all its obligations will likely arrive no earlier than the third quarter of 2023.

For now, debt ceiling worries are taking a back seat for investors, whose focus is on the economic fallout from the Federal Reserve’s aggressive interest rate hikes designed to control inflation.

Some investors also believe lawmakers will be able to reach a deal on raising the debt ceiling without severely unsettling markets.

Libby Cantrill, PIMCO’s head of public policy, said she believes that if “push-comes-to-shove” enough votes could be rounded up for a debt ceiling increase with a combination of Democrats and some moderate Republicans.

“That is not say that it won’t be bumpy along the way, but more that we are confident that the worst case scenario will be avoided,” Cantrill added.

Others, however, believe extra caution may be warranted.

Worried that the Fed’s actions will crimp the economy and corporate profits, investment firm Glenmede has been more defensively positioned, underweighting equities and overweight in cash and fixed income, said Jason Pride, the firm’s chief investment officer for private wealth.

However, the heightened concerns about the debt ceiling are “an extra little justification on top” for the firm’s positioning, Pride said.

“You have a House where the leadership has not congealed,” Pride said. “That has to introduce risk to the scenario.” 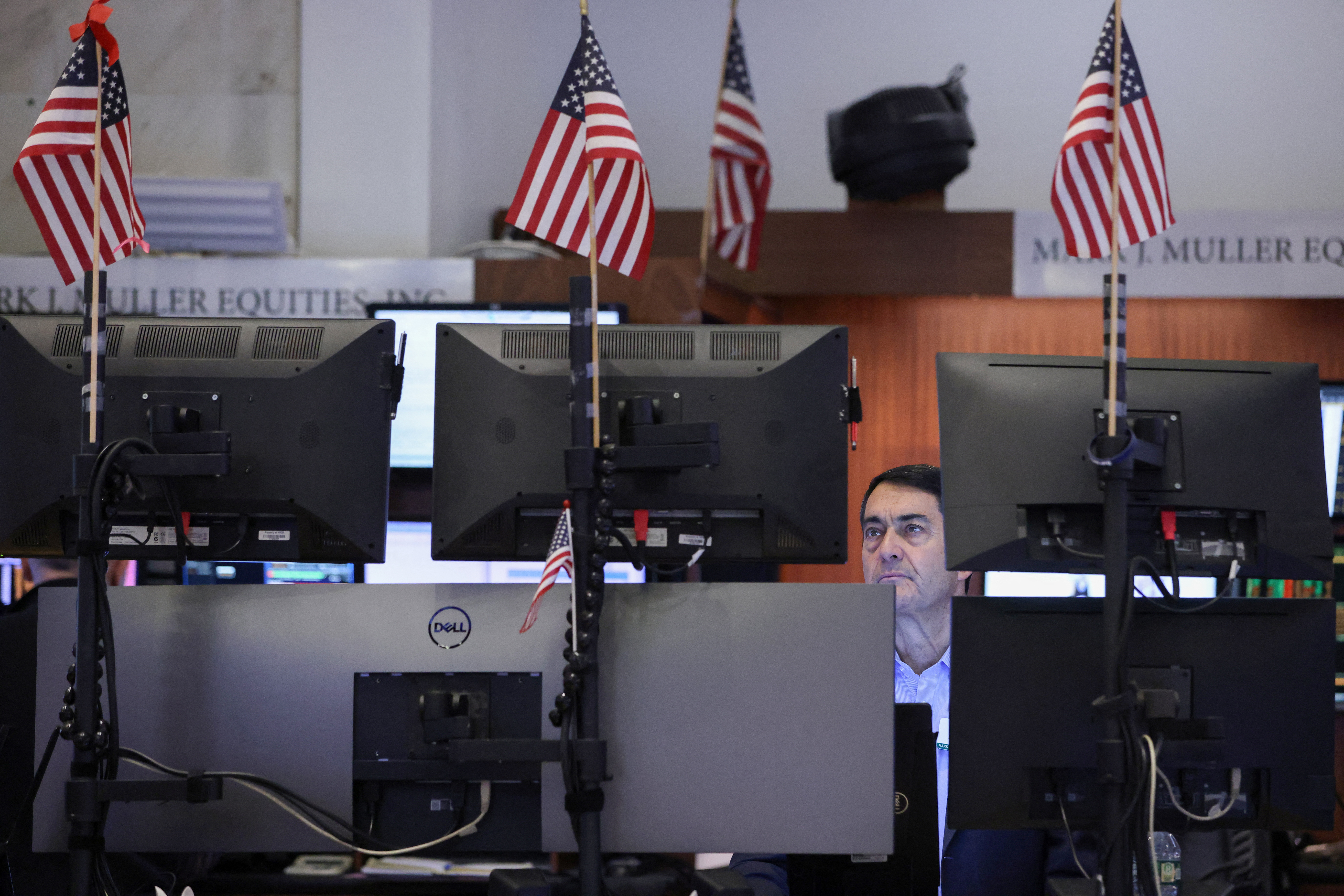 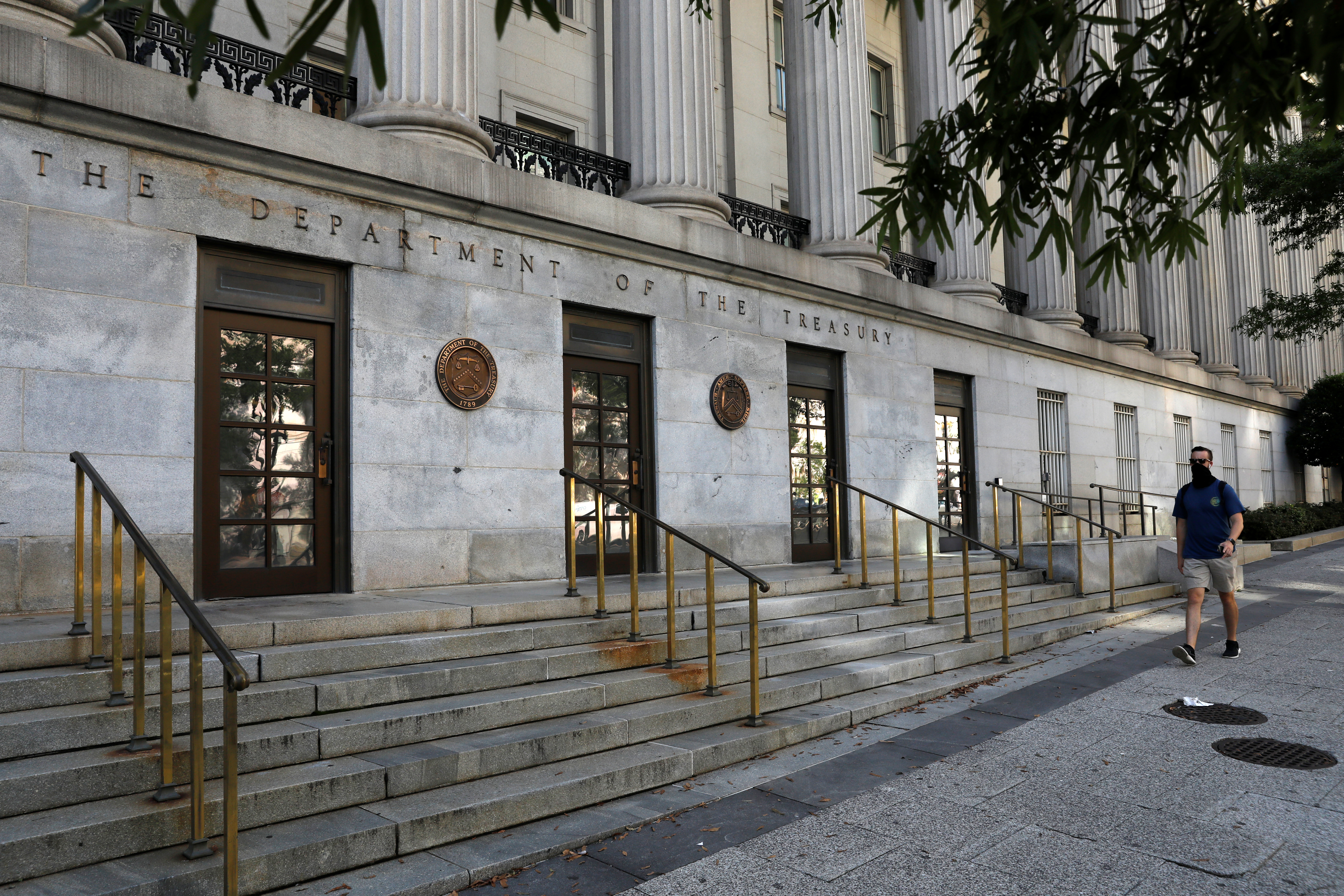 Signage is seen at the United States Department of the Treasury headquarters in Washington, D.C., U.S., August 29, 2020. REUTERS/Andrew Kelly 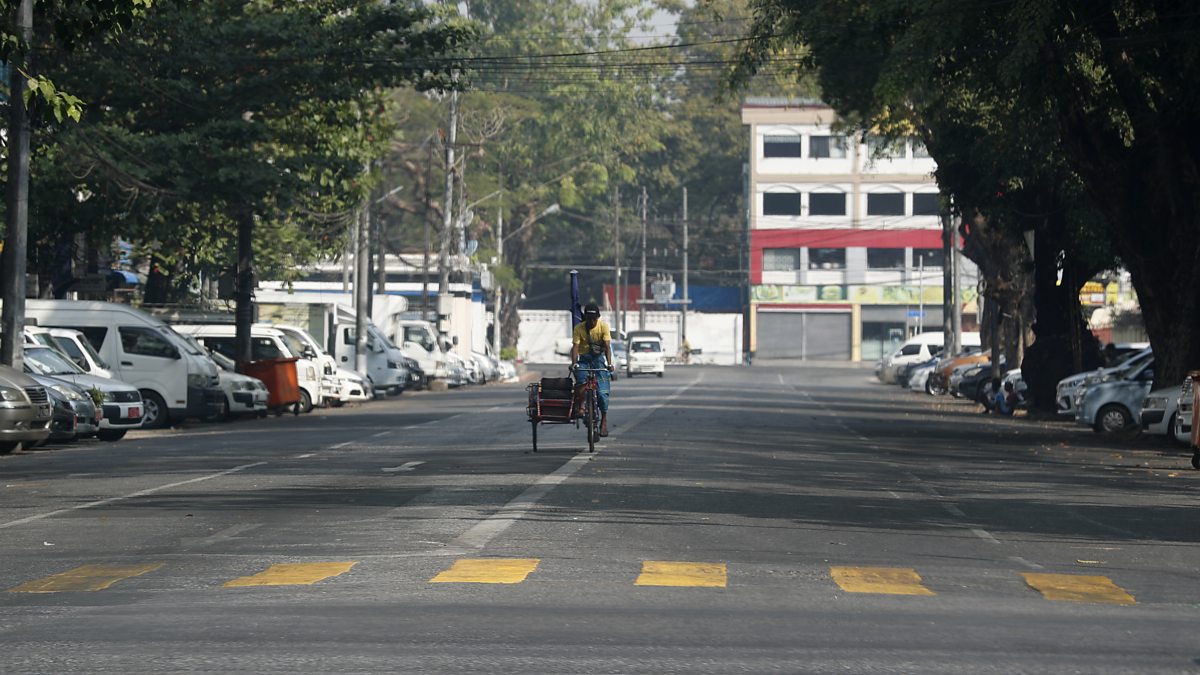