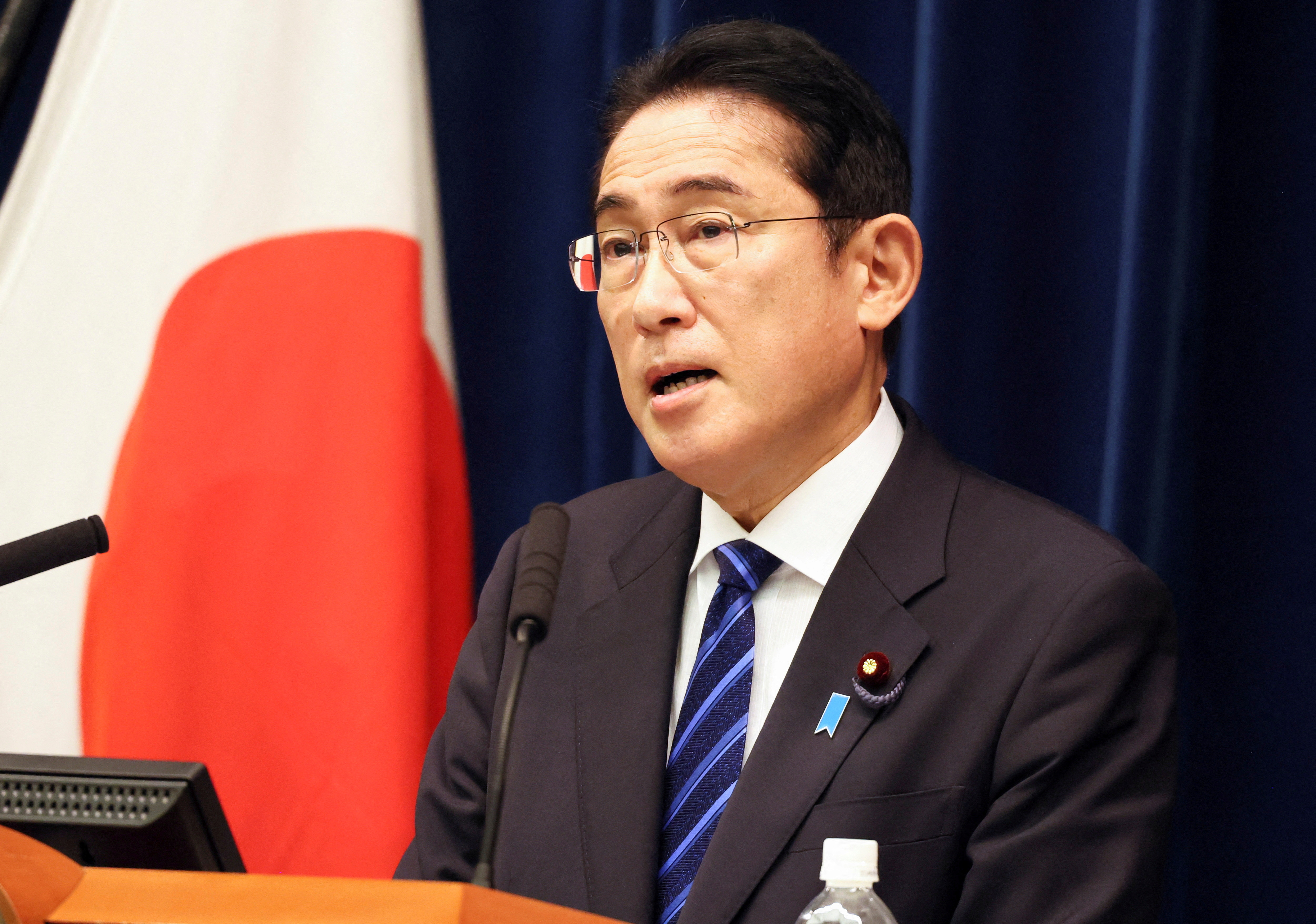 Boosting military spending may be Japanese Prime Minister Fumio Kishida’s best hope of reviving his sinking popularity, but there is a catch, analysts say: paying for it with unpopular new taxes could undermine an already wobbly premiership.

About two-thirds of Japanese voters back a government plan for the country’s biggest military build-up since World War Two, arming it with missiles that can strike targets in neighbouring China or North Korea.

That is more than double Kishida’s approval rating, which has plummeted amid revelations about his ruling Liberal Democratic Party’s (LDP) ties to the controversial Unification Church and the resignation of three scandal-tainted ministers.

The problem with the crowd-pleasing defence policy is that Kishida’s administration has been unclear about how it will pay for the estimated $320 billion splurge over the next five years. The increase would push defence spending to 2% of the country’s gross domestic product, or about a tenth of current public spending.

His government has said cost cutting won’t cover it, and with growing unease about how financial markets will react to signs of profligacy, Kishida is turning to tax increases that few voters appear to want and many LDP lawmakers oppose.

“From his perspective, he is engaged in a delicate balancing act,” said Koichi Nakano, a professor of political science at Sophia University in Tokyo. “If I had to bet, then I would probably bet against him (Kishida) surviving the entire calendar year next year.”

Kishida, who leads one of the LDP’s smaller factions, needs public support to keep the fractious group in line so he can govern Japan while navigating a slowing global economy, inflation and geopolitical tensions with the country’s nuclear-armed neighbours.

Although there are no signs of leadership challenges, analysts say digital minister Taro Kono, who stood against Kishida in last year’s leadership run-off, and former foreign minister Toshimitsu Motegi could be successors.

Missile tests and other aggressive acts by China and North Korea have solidified public support for a stronger Japanese military.

Yet only 20% of respondents to an October poll published by the Yomiuri newspaper, Japan’s biggest daily, favoured tax increases to pay for increased defence spending, compared with 40% who backed government borrowing.

In a survey by Fuji Television last month, 66% of people said they opposed higher taxes to pay for a bigger military.

Kishida’s advisers, however, have prodded him to embrace tax increases.

A panel of experts the premier established to guide him on defence last month urged “broad tax measures” to pay for the spending alongside financial prudence from the world’s most indebted large industrial nation.

The report even made vague reference to the turmoil unleashed on financial markets when former British Prime Minister Liz Truss announced unfunded tax cuts in September that were hastily withdrawn and led to her resignation.

Kishida’s experts seem to be winning his ear, even though many in his own party disagree.

At a news conference on Saturday, Kishida, who needs an extra $30 billion a year for his defence plan once money from other reserves runs out, said Japan would pay for any spending shortfall with tax revenue rather than government bonds, which would expand national debt that is already more than twice the size of the economy.

On Monday, however, Kyodo News reported that the government would issue about 1.6 trillion yen ($11.61 billion) in construction bonds for Defence Force facilities.

Kishida also pledged that tax increases would not squeeze peoples’ incomes, earning him a rare public rebuke from one of his own cabinet ministers for suggesting that businesses would have to cover the cost.

“I can’t comprehend why the Prime Minister would make remarks that will discourage wage increases,” economic security minister, Sanae Takaichi wrote on Twitter. Takaichi stood against him in the LDP leadership race in 2021.

Many in Kishida’s party are opposed to tax increases, including 70% of the LDP committee that has formulated much of Kishida’s defence plan, according to Masahisa Sato, an upper house lawmaker and former deputy defence minister, who is one of the LDP’s most vocal proponents of a stronger military.

Among those opposed, “some are just against it, but others want more time to discuss a funding plan,” he said, a course both he and Takaichi advocate.

For now it seems Kishida’s best policy may be silence, even if that just puts off awkward questions, analysts say.

“To head off any manoeuvring within the LDP that threatens his administration, Kishida will have to pander to the whims of lawmakers,” said Tomoaki Iwai, professor emeritus at Nihon University, who predicted the defence plan may not bolster Kishida’s popularity at all.