Six months from an election in which Turkey’s opposition has its best shot at unseating President Tayyip Erdogan in 20 years, a jail sentence against one of its brightest hopes has raised the stakes in the struggle to agree a presidential challenger.

The six-party alliance, including the main opposition Republican People’s Party (CHP), has laboured for months to unite around joint policies ahead of next year’s vote.

Several sources say they disagree on a candidate and have not even begun to openly discuss the issue, handing an advantage to Erdogan as he battles to win back support eroded by inflation, a fall in the lira, and a sharp drop in living standards.

Wednesday’s jail sentence and political ban – both of which must be approved by an appeals court – on one of his potential challengers, Istanbul’s CHP Mayor Ekrem Imamoglu, puts the mayor’s immediate political future in question.

But it also raises the profile of the 52-year-old former businessman who thrilled Erdogan’s opponents when he won control of Europe’s biggest city in 2019, ending 25 years of dominance by Erdogan’s AK Party and its Islamist predecessors.

Imamoglu’s own path has echoes of Erdogan’s early political career. The president also served as mayor of Istanbul and was briefly jailed in 1999 before emerging on the national stage.

Since then Erdogan has shifted a traditionally secular society in an Islamist direction, overseen a crackdown on dissent and in recent years adopted unorthodox economic policies that helped push the lira down to one tenth of its value against the dollar a decade ago.

The opposition has vowed to roll back his legacy, including the powerful executive presidency he created.

Two other potential candidates to run against Erdogan are the mayor of Ankara and the head of the CHP, Kemal Kilicdaroglu, who has repeatedly signaled he wants to run but is seen by critics as a lacklustre campaigner compared to Imamoglu.

“The opposition parties and their electorate will start pressuring towards an Imamoglu candidacy,” he said.

A recent study by Metropoll showed Erdogan would outperform Kilicdaroglu in the coming election, but lose by a thin margin to Imamoglu and by a larger margin to Ankara mayor Mansur Yavas.

Kilicdaroglu’s supporters say his ability to listen to other opinions means he is best placed to lead an opposition coalition which includes the center-right nationalist IYI Party, a small Islamist party and two new ones led by former AKP ministers.

Choosing one of the two mayors would also come at a cost for the opposition – the AKP still control the municipal councils of both Ankara and Istanbul, meaning an AKP figure would replace any mayor who stood down to join the presidential race.

Nevertheless several sources said the IYI Party, the second largest in the six-party opposition grouping, would prefer one of the mayors over Kilicdaroglu.

“We will have a roadmap towards the end of December and the best person to implement the roadmap will be the candidate, likely selected in early January,” he told Reuters.

Emre Peker, a Europe director at Eurasia Group, said Imamoglu’s trial was likely to galvanise the opposition but it remained unclear whether the ruling would propel the mayor towards a presidential candidacy.

Kilicdaroglu “could face some pressure to put aside personal ambitions and back Imamoglu,” he said. “But a rushed decision is unlikely.”

One option for the opposition, according to Metropoll pollster Ozer Sencar, would be to select Imamoglu along with a second reserve candidate who could step forward if the Istanbul mayor’s sentence and ban were confirmed before the election.

In the meantime, Erdogan’s AK Party plans to deliver retirement benefits, a minimum wage boost and student support, as part of a campaign to address the economic hardship and possibly seize back the initiative from its opponents.

“The government is faltering. The Turkish economy has entered a serious crisis,” Sabanci University’s Esen said. “However, the opposition cannot give even its own voters the confidence that it will win the election.” 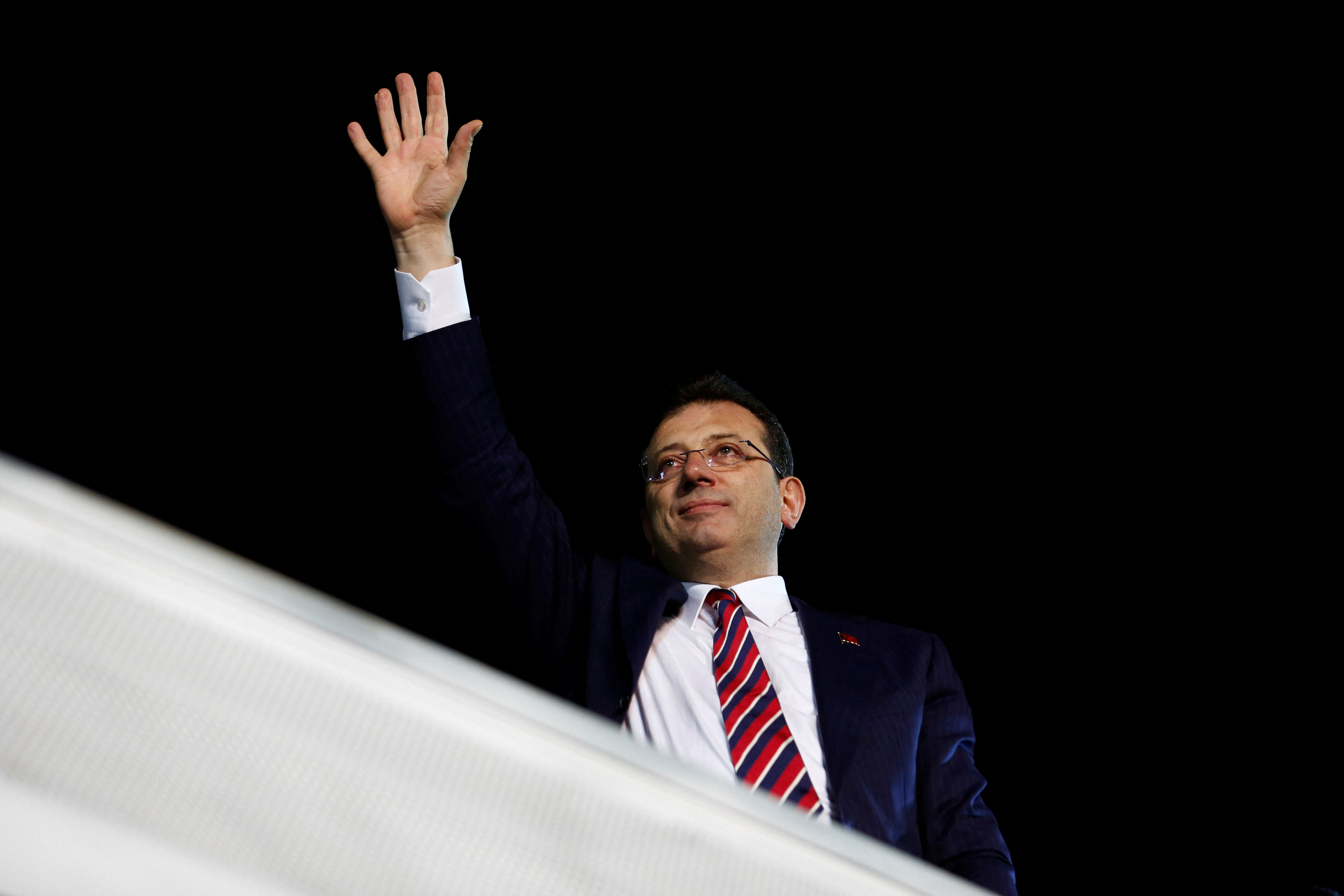 Istanbul Mayor Ekrem Imamoglu greets his supporters as they gather in front of his office as a Turkish court sentenced Imamoglu to more than two years in prison and imposed a political ban for insulting public officials, in Istanbul, Turkey December 14, 2022. REUTERS/Dilara Senkaya/File Photo 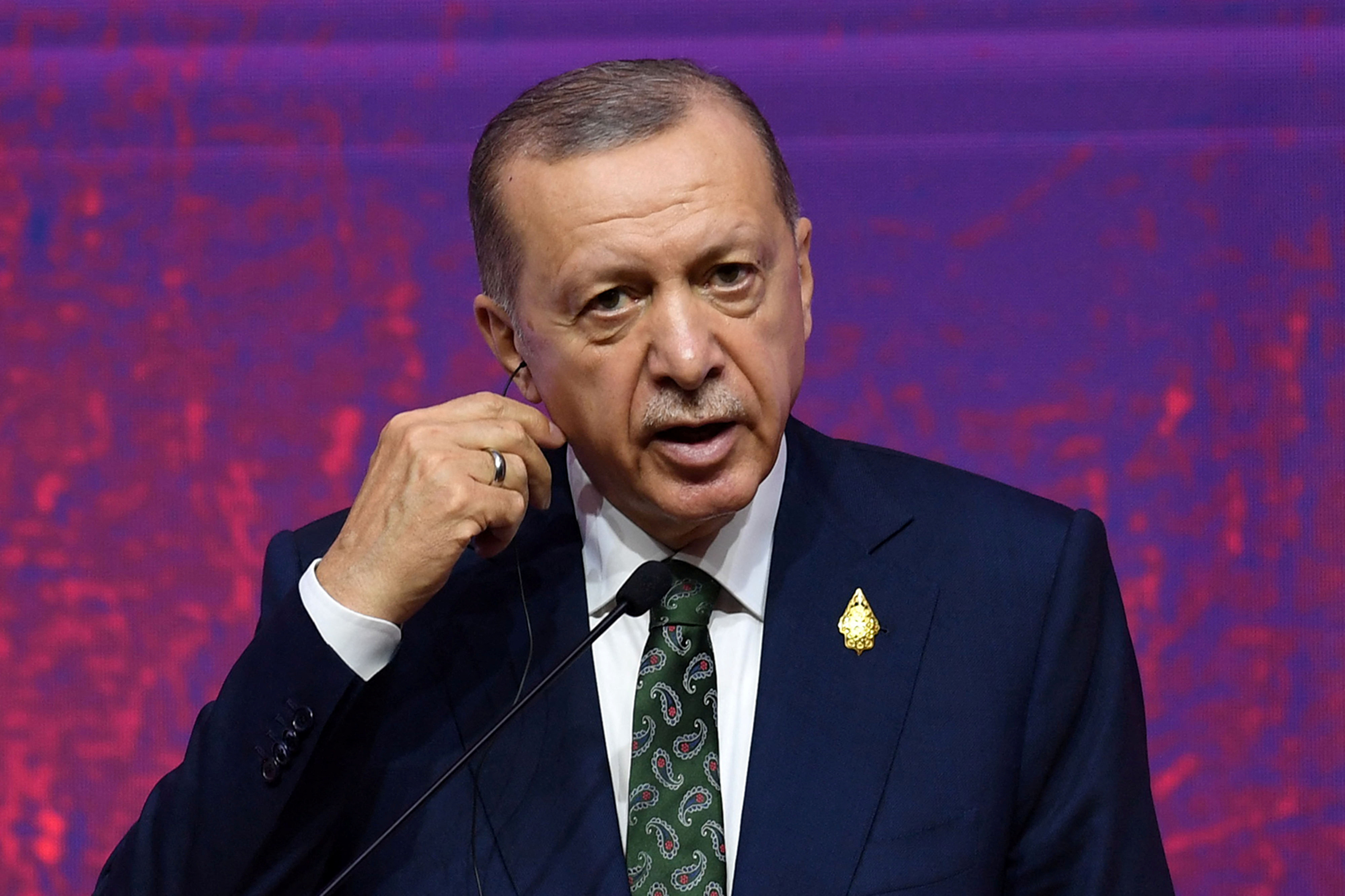