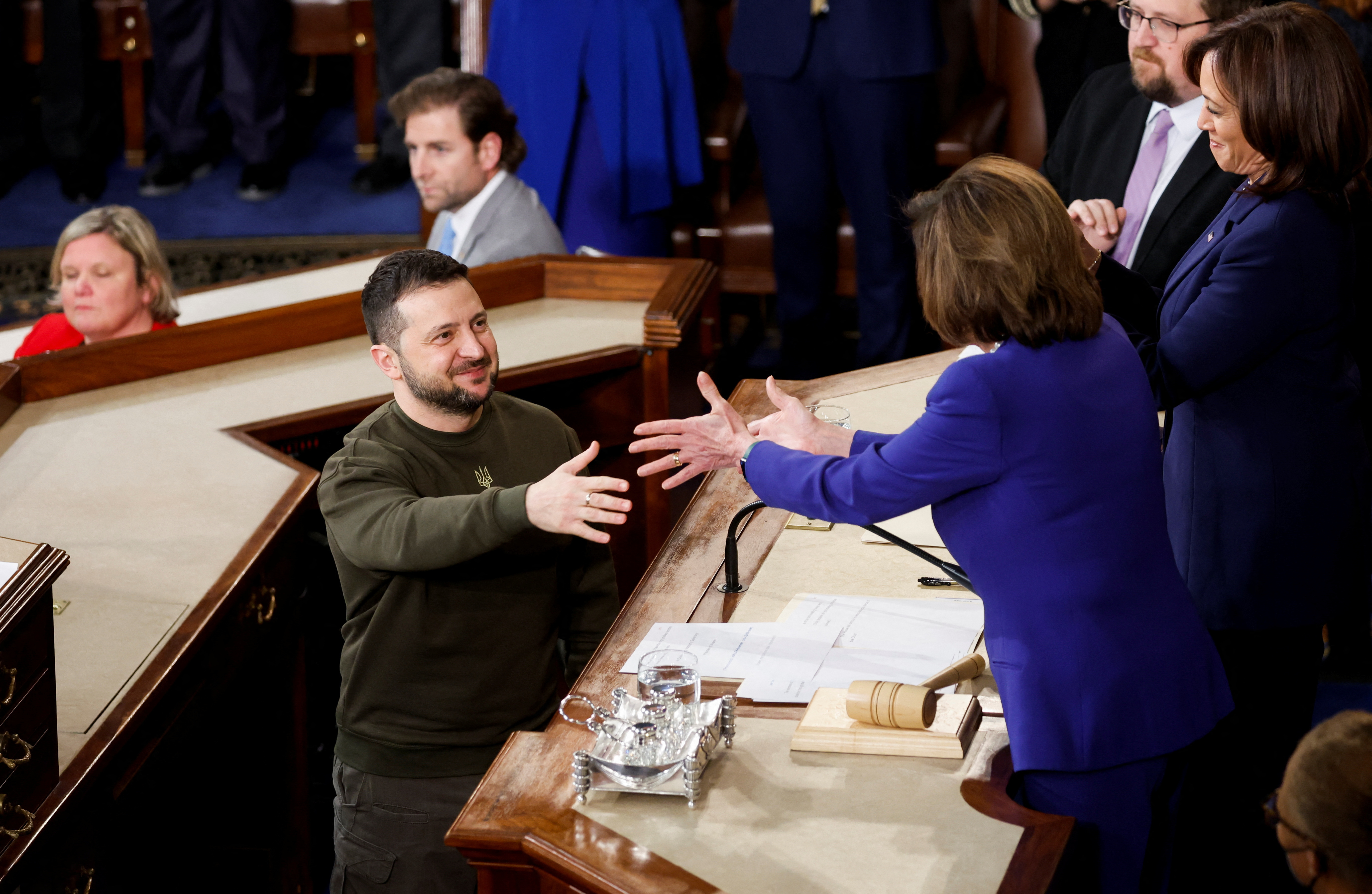 For President Volodymyr Zelenskiy, his surprise visit to Washington this week was a clear success: he returns to Europe with new financial and military commitments from the United States and bipartisan support for Ukraine’s war with Russia.

But the visit also leaves several key questions unanswered, including how U.S. military support could evolve, whether Congressional support for the war will endure and – crucially – how the war will end.

While in Washington Zelenskiy met U.S. President Joe Biden at the White House and addressed a joint session of the U.S. Congress, where members greeted him with cheers and multiple standing ovations.

Biden announced that the United States would provide another $1.85 billion in military aid, including a Patriot missile defense system.

The visit came as Ukraine continues to suffer near-continual Russian air attacks on its power grid during a bitterly cold winter, which Kyiv says are aimed at breaking its civilians’ will to resist.

At the top of Zelinskiy’s military hardware wishlist has been air defenses, in particular the Patriot, a surface-to-air missile system that is highly effective against aircraft and ballistic and cruise missiles.

While Biden has agreed to supply one of the systems, U.S. officials say that a single Patriot battery will not the change the course of the war.

The United States and its allies have been unwilling to provide other advanced weapons Ukraine has pleaded for. Those include modern battle tanks and long-range missiles called ATACMS that have a range of 300 km (186 miles) and could strike targets far behind the frontlines but also inside Russia itself.

“The aim of the United States – to both support Ukraine while ensuring the U.S. and NATO don’t get pulled into a broader war – will continue to preclude the shipment of the sort of weaponry Zelenskiy really wants,” said Rachel Rizzo, a senior fellow with the Atlantic Council.

Ukraine is “not looking for a third world war,” said Biden on Wednesday, responding to a reporter’s question about ATACMS during Zelensiky’s visit.

Russia has said that providing long-range missiles to Ukraine would cross a “red line”.

For his part, Zelenskiy said that he and Biden have a clear understanding of how Ukraine’s defense capabilities can be strengthened in the coming months, adding that he couldn’t give details at this point.

The next steps for Kyiv, the officials added, would be to receive additional air defense systems from the United States and other western countries along with better integrating them.

Political support for U.S. support for Ukraine has been remarkably bipartisan. But as the war passes the 300-day mark criticism from the Republican party’s right wing is growing.

Congress is preparing to vote on an additional $44.9 billion in new military and economic assistance, which comes on top of the $50 billion the United States has already sent this year to help Ukraine. Approval is seen as likely.

But new spending is sure to face scrutiny once Republicans take a majority of the House of Representatives on Jan. 3.

A senior Republican congressional aide, speaking on condition of anonymity, said that most members of the incoming majority in the House support military aid for Ukraine.

But, the aide added, they will demand stronger monitoring of how Ukraine uses U.S. hardware and clearer explanations from the Biden administration.

“The administration is not doing a good job communicating to Congress” on Ukraine strategy, said the aide. Republicans “need a better understanding of why they are saying no to some weapons and yes to others.”

Finally, Zelenskiy’s visit added little clarity to the question of how the war will end.

The Ukrainian president said that Biden has endorsed his “10-point peace plan,” which among other things calls for the complete withdrawal of Russian troops from Ukrainian territory and the creation of a special tribunal to prosecute Russian war crimes, conditions Russia has flatly rejected.

“For me, as the President, ‘just peace’ is no compromises as to the sovereignty, freedom, and territorial integrity of my country, the payback for all the damages inflicted by Russian aggression,” said Zelenskiy on Wednesday.

Zelenskiy has previously said that victory means recovering Crimea, which Russia siezed in 2014.

The Group of Seven (G7) wealthy nations broadly endorsed Ukraine’s vision of peace in October, citing a need for “territorial integrity” but avoided any mention of Crimea.

The Kremlin, however, said on Wednesday that it saw no chance of peace talks with Kiev.

“I do believe that the military confrontation will go on, and I think we’ll have still to wait for a moment in which serious negotiations for peace will be possible,” he told reporters on Monday. “I don’t see them in the immediate horizon.”