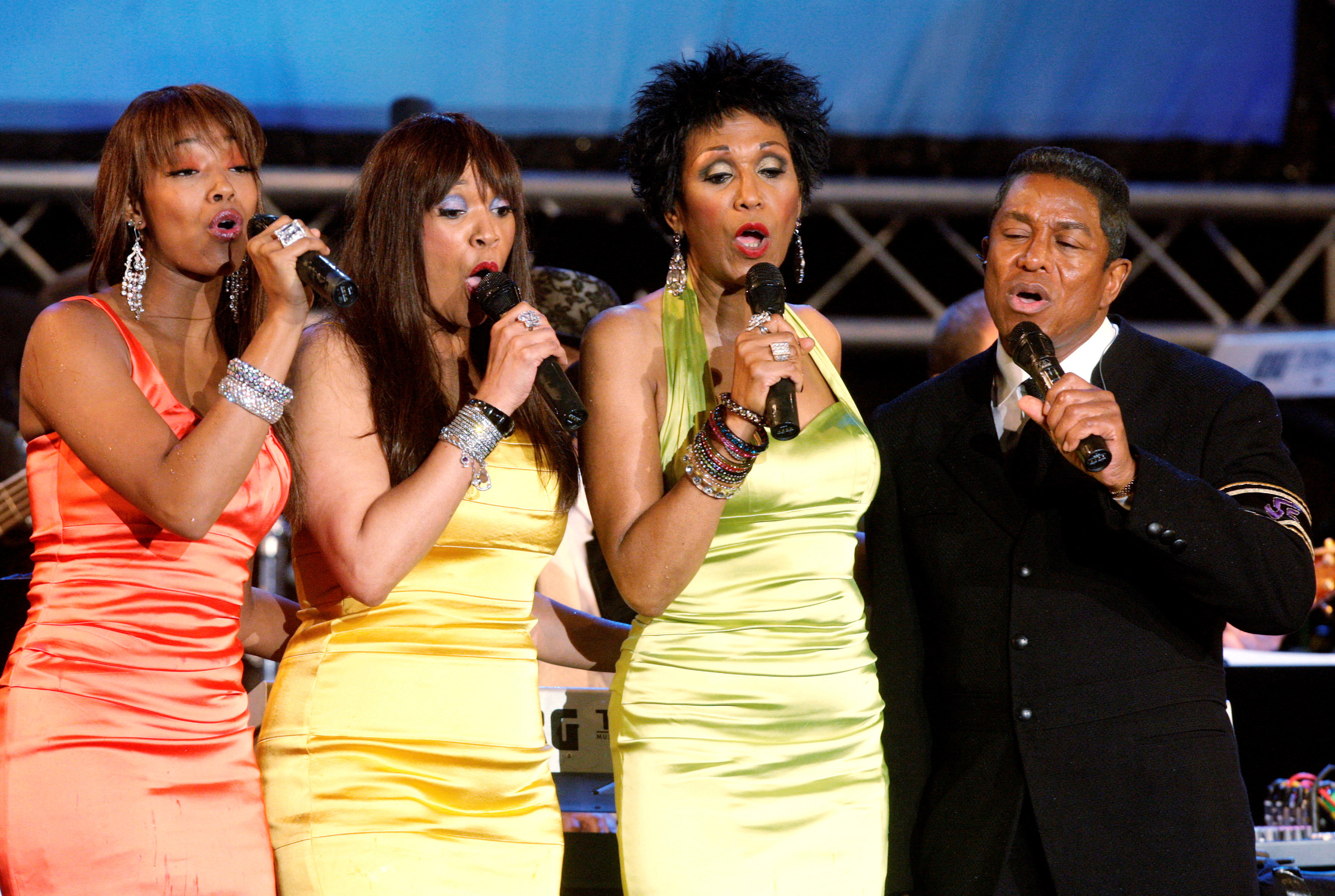 Jermaine Jackson (R) performs with the Pointer Sisters June (L), Ruth (2nd L) and Anita on stage during an award ceremony in Zwentendorf in Lower Austria July 24, 2009. Jackson received the SAVE THE WORLD AWARD 2009 on behalf of his late brother Michael Jackson tonight. REUTERS/Herwig Prammer/File Photo

Anita Pointer, one of the Grammy-winning Pointer Sisters whose string of pop, country and R&B hits in the 1970s and ’80s included “I’m So Excited,” “Jump (For My Love)” and “Fire,” died of cancer on Saturday at age 74, her publicist said.

Pointer was surrounded by family at her Beverly Hills home when she died, publicist Roger Neal said.

Anita was the second oldest of four sisters who started performing as the duo of June and Bonnie in 1969 and soon became a trio when Anita quit her job as a secretary to join the group, according to an official biography.

The Pointer Sisters later became a quartet for a while with Ruth, the only one of the original singing sisters still alive, though Bonnie left the group in the late 1970s and they became a trio once again. The Pointer sisters also have two surviving brothers, Fritz and Aaron.

Anita was preceded in death by her daughter Jada, who died in 2003, when Anita took over raising her granddaughter, Roxie McKain Pointer.

“While we are deeply saddened by the loss of Anita, we are comforted in knowing she is now with her daughter Jada and her sisters June & Bonnie and at peace. She was the one that kept all of us close and together for so long. Her love of our family will live on in each of us,” the family said in a statement.

The sisters grew up singing in the church of their father, a preacher in Oakland, California.

Their debut album in 1973 produced their first hit single “Yes We Can Can.”

In recent years, the group continued performing with Ruth singing along with her daughter Issa and granddaughter Sadako.