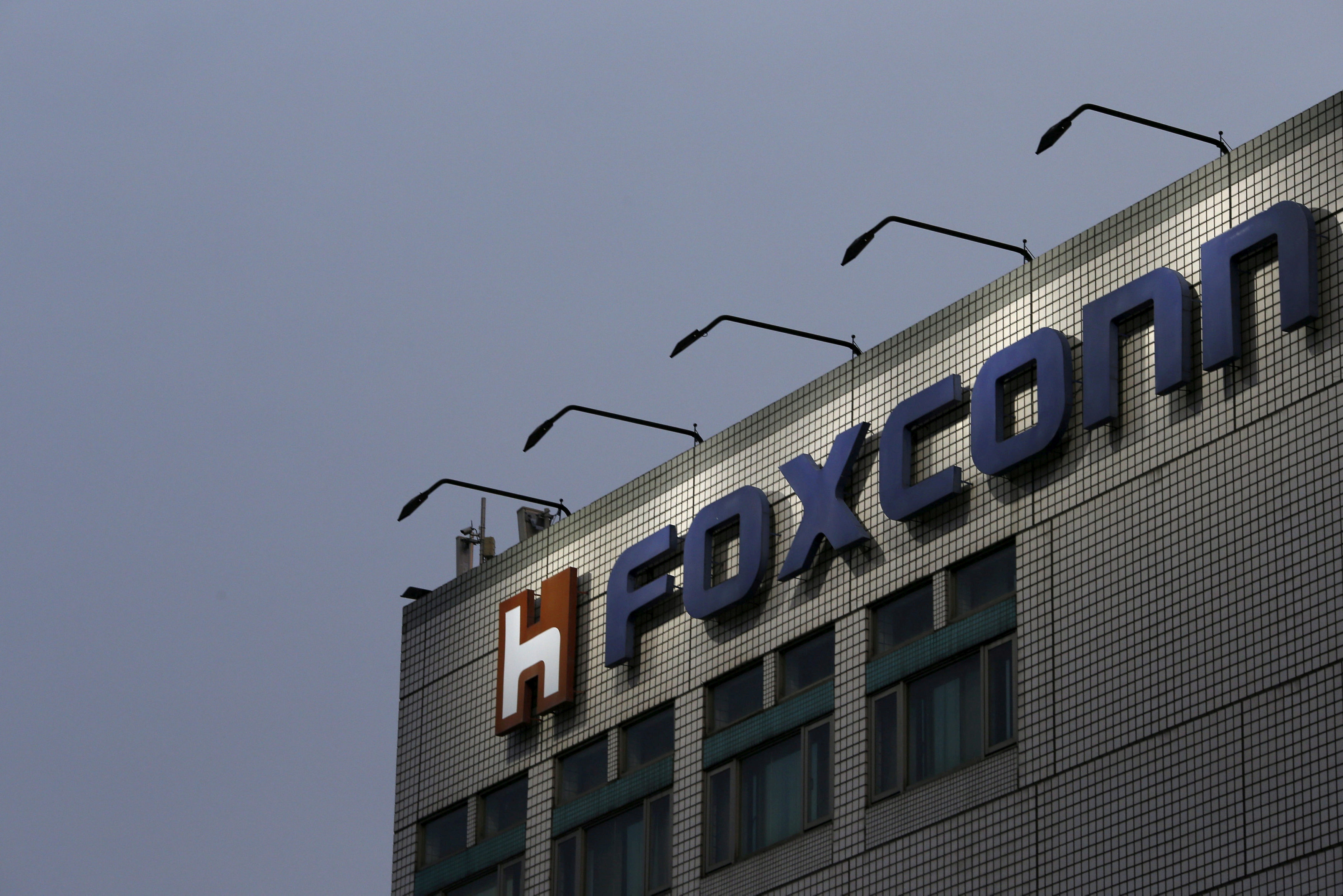 The logo of Foxconn, the trading name of Hon Hai Precision Industry, is seen on top of the company’s headquarters in New Taipei City, Taiwan March 29, 2016. REUTERS/Tyrone Siu/File Photo

The company said in a statement, however, production at the factory in China “basically returned to normal” in December. It did not elaborate.

The company said revenue for December was better than its own expectations and that a “gradual recovery” at its Zhengzhou plant had contributed to “double-digit growth” in revenue for its smart consumer electronics business compared to November.

A Foxconn source familiar with the matter said the “significant growth” in December compared to the month prior for its consumer electronics business including smartphones showed that major client Apple (AAPL.O) did not cut orders for its popular iPhones.
Revenue for 2022 rose 10.47% from the previous year to a record high, driven by growth across major product lines from smartphones to servers, the company said.

In the fourth quarter of 2022, the Zhengzhou plant grappled with strict COVID-19 restrictions that fuelled discontent among workers over conditions at the factory.

Production of the Apple device was disrupted ahead of Christmas and January’s Lunar New Year holidays, after a COVID-19 outbreak and curbs taken to control the virus prompted thousands of workers to leave. It was also hit by a bout of worker unrest over payment issues.

Foxconn has been offering bonuses to attract new workers and convince those still there to stay on. A company source told Reuters last month that it was aiming for the plant to resume full production around late December to early January.

Analysts say Foxconn assembles around 70% of iPhones, and the Zhengzhou plant produces the majority of its premium models including iPhone 14 Pro.