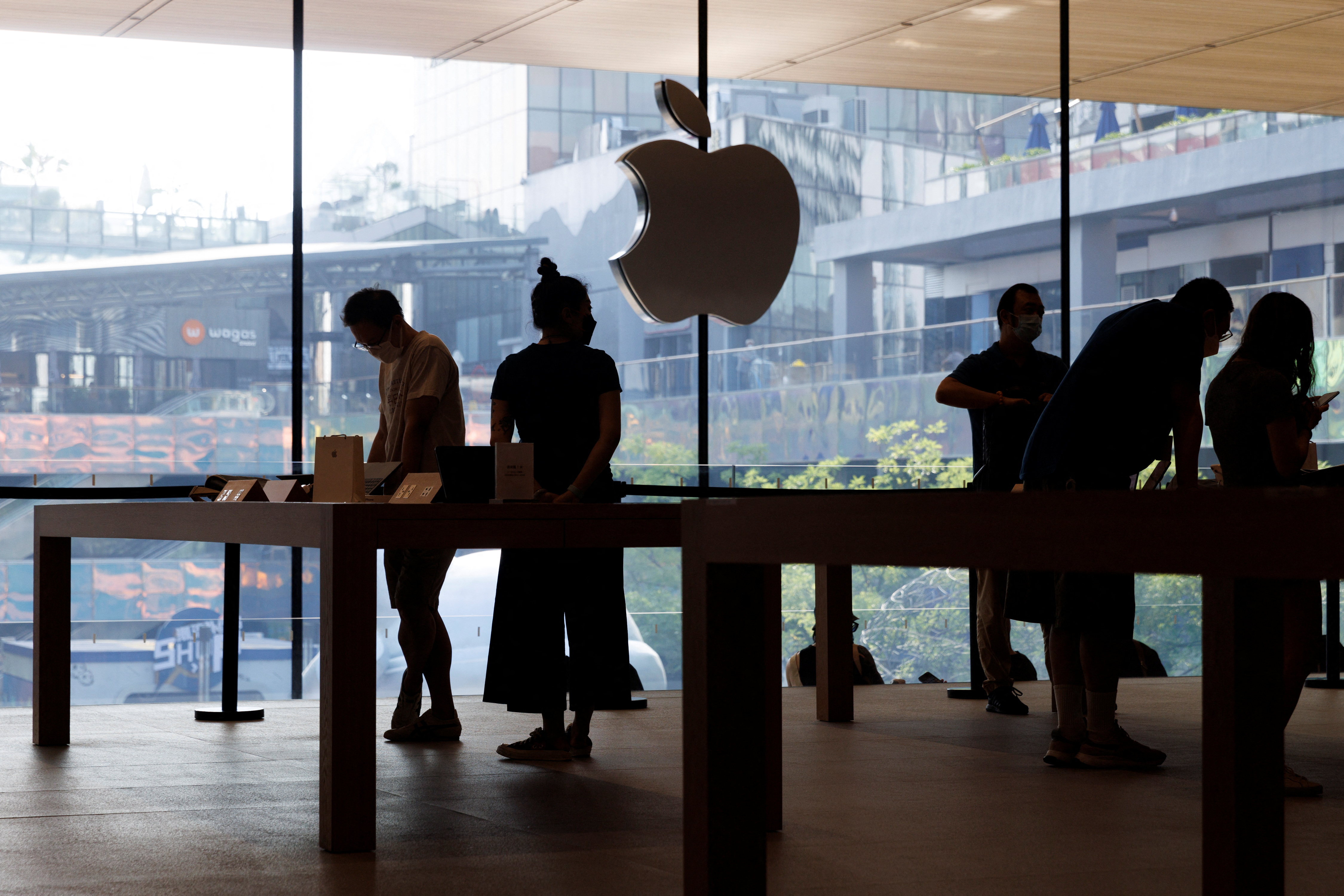 Apple Inc’s (AAPL.O) stock market value fell sharply on Tuesday following its steep drop last year, putting it on track to end below $2 trillion for the first time since June 2021.

The sell-off comes a year after the iPhone maker became the first company to reach the $3 trillion market capitalization milestone.

Apple’s shares fell 4% to $124.60 after Exane BNP Paribas analyst Jerome Ramel downgraded the company to “neutral” from “outperform,” slashing his price target to $140 from $180, according to Refinitiv Eikon.

At Apple’s current stock price, the company is worth $1.98 trillion, just ahead of Microsoft Corp (MSFT.O), currently valued at $1.78 trillion.

Underscoring investors’ worries that a slowing global economy and high inflation may be hurting demand for Apple devices, analysts on average expect the Cupertino, California company to report a 1% drop in December-quarter revenue in the coming weeks, according to Refinitiv. That would mark Apple’s first quarterly revenue decline since the March quarter of 2019.

“They (Apple) tend to skew to the high-end consumer device customer but even that demographic might be being affected by the high price of everything,” Bokeh Capital Partners’ Kim Forrest said.

Even after its 27% drop last year, Apple has provided stellar returns to long-term shareholders. Investors who bought and held Apple shares when cofounder Steve Jobs launched the iPhone in 2007 have enjoyed a gain of over 4,000%, not including dividends, compared to a 180% gain in the S&P 500 over the same period.