A day after Republicans in the U.S. House of Representatives rejected Donald Trump’s plea to support Kevin McCarthy’s campaign for speaker, one of McCarthy’s hardline opponents cast his vote for the former president.

Representative Matt Gaetz, one of 20 House hardliners who have rejected McCarthy, cast his ballot for Trump in a seventh round of voting. He was the only member to do so, leaving Trump far short of the 218 votes needed.

Republicans won a narrower-than-expected 222-212 majority in November’s midterm election, a result that some in the party blamed in part on Trump backing inexperienced or far-right candidates. That narrow majority has given the small hardline group outsized influence.

Gaetz in particular has been a thorn in McCarthy’s side, insisting there was nothing the California lawmaker could do to win his support.

The U.S. Constitution does not state that the speaker of the House needs to be a member of the House, though no outsider has held the role.

Republican strategists said that the House hardliners’ rejection of Trump’s plea to vote for McCarthy illustrated the former president’s weakening hold on the party he reshaped.

Asked about Gaetz’s move, a Trump representative on Thursday referred back to Trump’s Wednesday post urging “VOTE FOR KEVIN.”

Gaetz did not comment on his nomination of Trump. 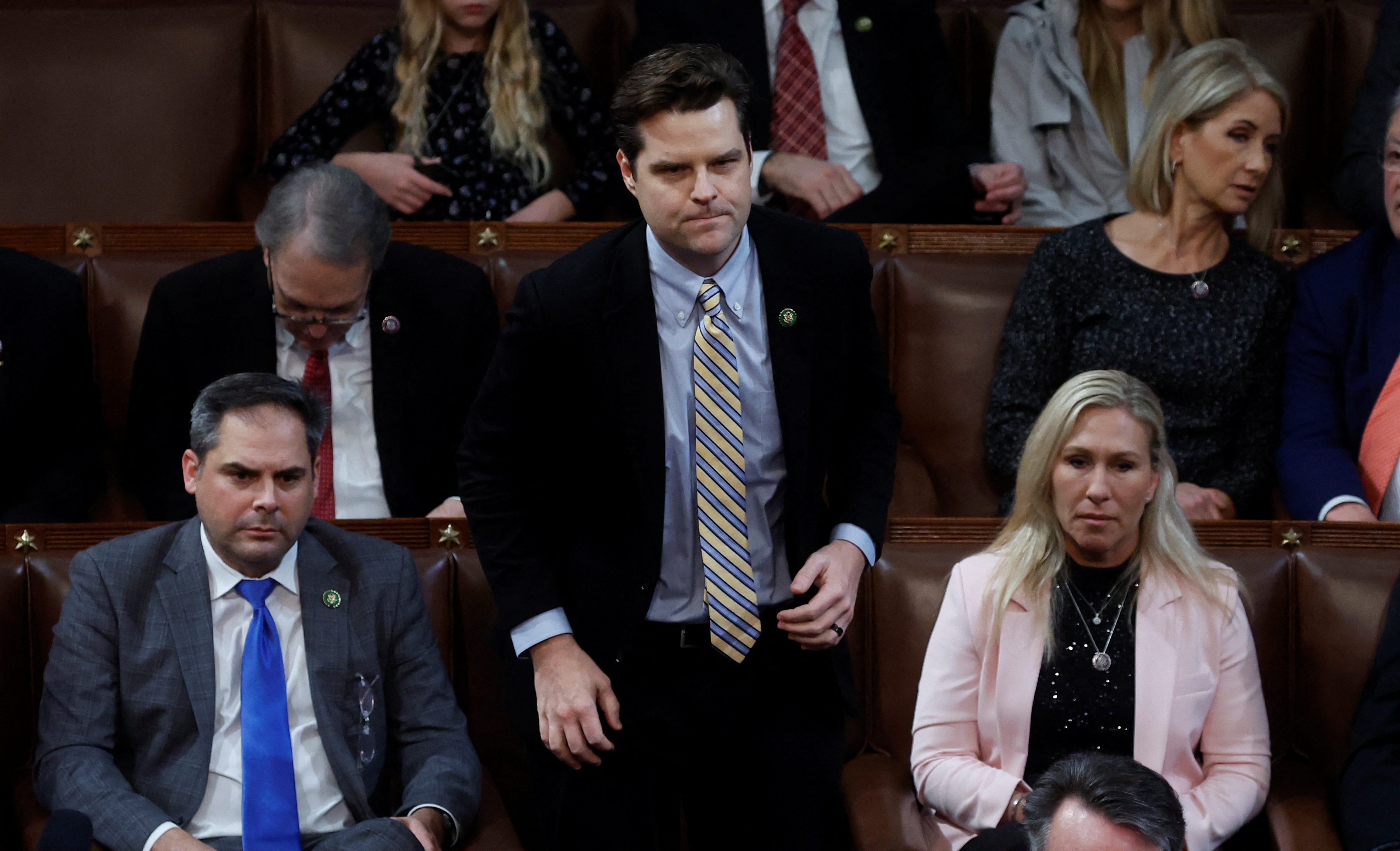 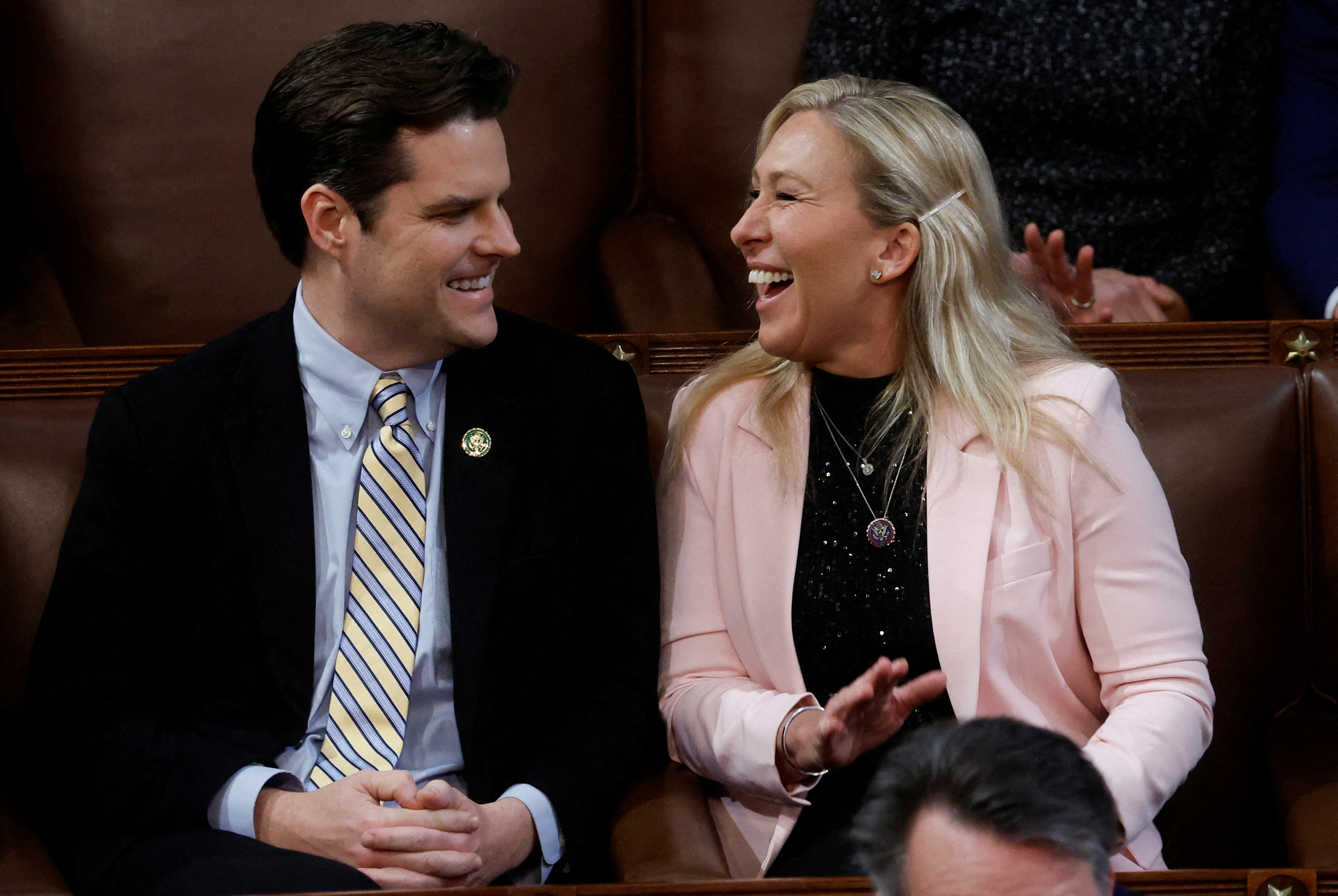 U.S. Rep. Matt Gaetz (R-FL) and Rep. Marjorie Taylor Greene (R-GA) laugh together on the floor of the House of Representatives as a 7th round of voting for a new Speaker begins on the third day of the 118th Congress at the U.S. Capitol in Washington, U.S., January 5, 2023. REUTERS/Evelyn Hockstein

Plus: CVS shares rise 3.5% after agreement to acquire Oak Street Health. Walt Disney shares rose more than 8% after hours following the announcement of its plans to lay off 7,000 workers. J.R. Whalen reports.