Listen to this article
2022-12-16T16:26:37Z
Kyiv residents took cover on Friday (December 16) as Russia launched another massive missile attack on Ukraine’s infrastructure. As air raid sirens sounded above ground people were seen calmly waiting on one of the station’s platform, some even sang Ukrainian traditional songs and danced.

Many people headed for shelters during the morning rush hour to take cover from the latest big attack on vital infrastructure since October, which a Kyiv official described as one of the largest missile barrages since Russia invaded in February.

The mayor of Kharkiv, Ukraine’s second largest city, reported “colossal” damage, threatening to leave many people without heating in freezing winter temperatures. The governor of the central region of Dnipropetrovsk reported “serious damage”.

“They want to destroy us, and make us slaves. But we will not surrender. We will endure,” said Lidiya Vasilieva, 53, as she headed for shelter at a Kyiv railway station. “I want the war over and soon. But I am ready to wait as long as needed.”

Three people were killed in the central city of Kryvyi Rih, authorities said, and a fourth died in a fire in the southern Kherson region after an apartment block was hit by shelling before the missile strike.

Grid operator Ukrenergo warned that repair times would be longer compared with previous ones and that it would take longer to restore power.

“What we already see is damage to about nine (power) generating facilities. Now we are still verifying the damage,” Energy Minister German Galushchenko told national television.

The central city of Poltava and parts of Kyiv were among areas where power was knocked out. Critical infrastructure was hit in the northeastern region of Kharkiv, the Black Sea region of Odesa and in Vinnytsia in west central Ukraine.

“There is colossal damage to infrastructure, primarily the energy system,” Kharkiv Mayor Ihor Terekhov said. “I ask you to be patient with what is happening now. I know that in your houses there is no light, no heating, no water supply.”

The initial air alert in Kyiv was lifted four hours after it was announced as children made their way to school and people travelled to work.

The cavernous Kyiv metro system, which has one of the deepest stations in the world, stopped functioning and was used as a bomb shelter.

“The goal of the Russian Federation is for Ukrainians to be constantly under pressure, to go down into bomb shelters almost every day, to feel discomfort due to power outages or water interruptions,” Economy Minister Yulia Svyrydenko wrote on Facebook.

“But Ukraine’s position is unchanged: let it be without light, but #withoutyou. We will endure. We will win. We will rebuild.” 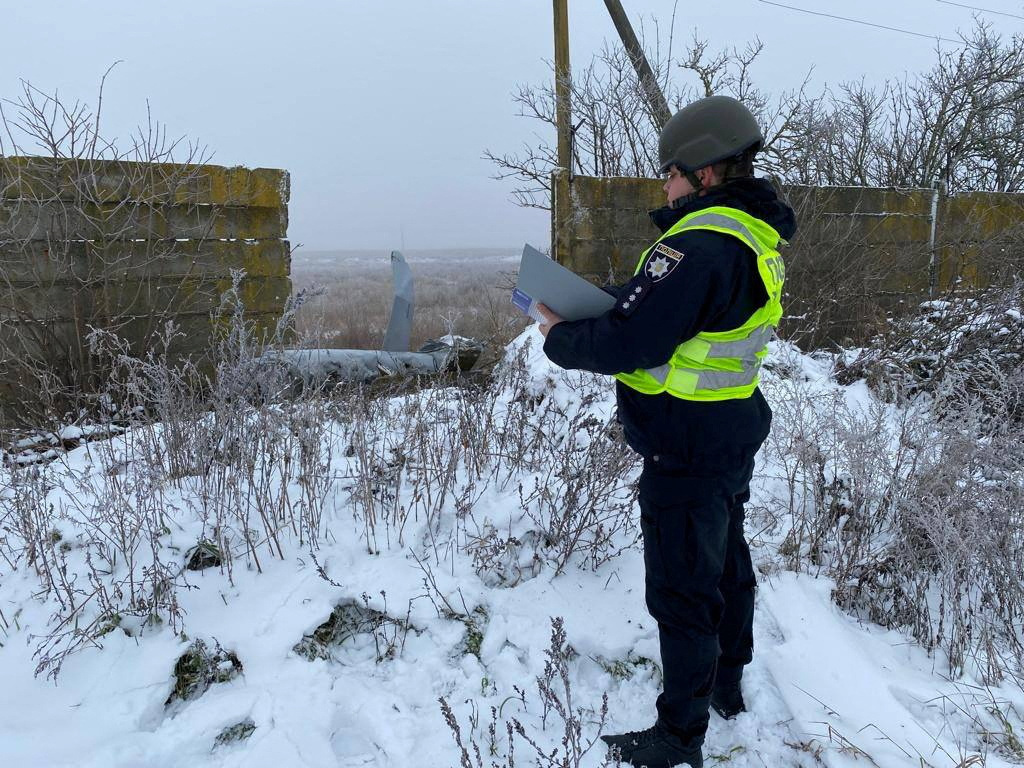 A police officer stands next to a part of a Russian cruise missile shot down by the Ukrainian Air Defence Forces, amid Russia’s attack on Ukraine, in Kyiv region, Ukraine December 16, 2022. Head of the National Police of Kyiv region Andrii Nebytov via Telegram/Handout via REUTERS 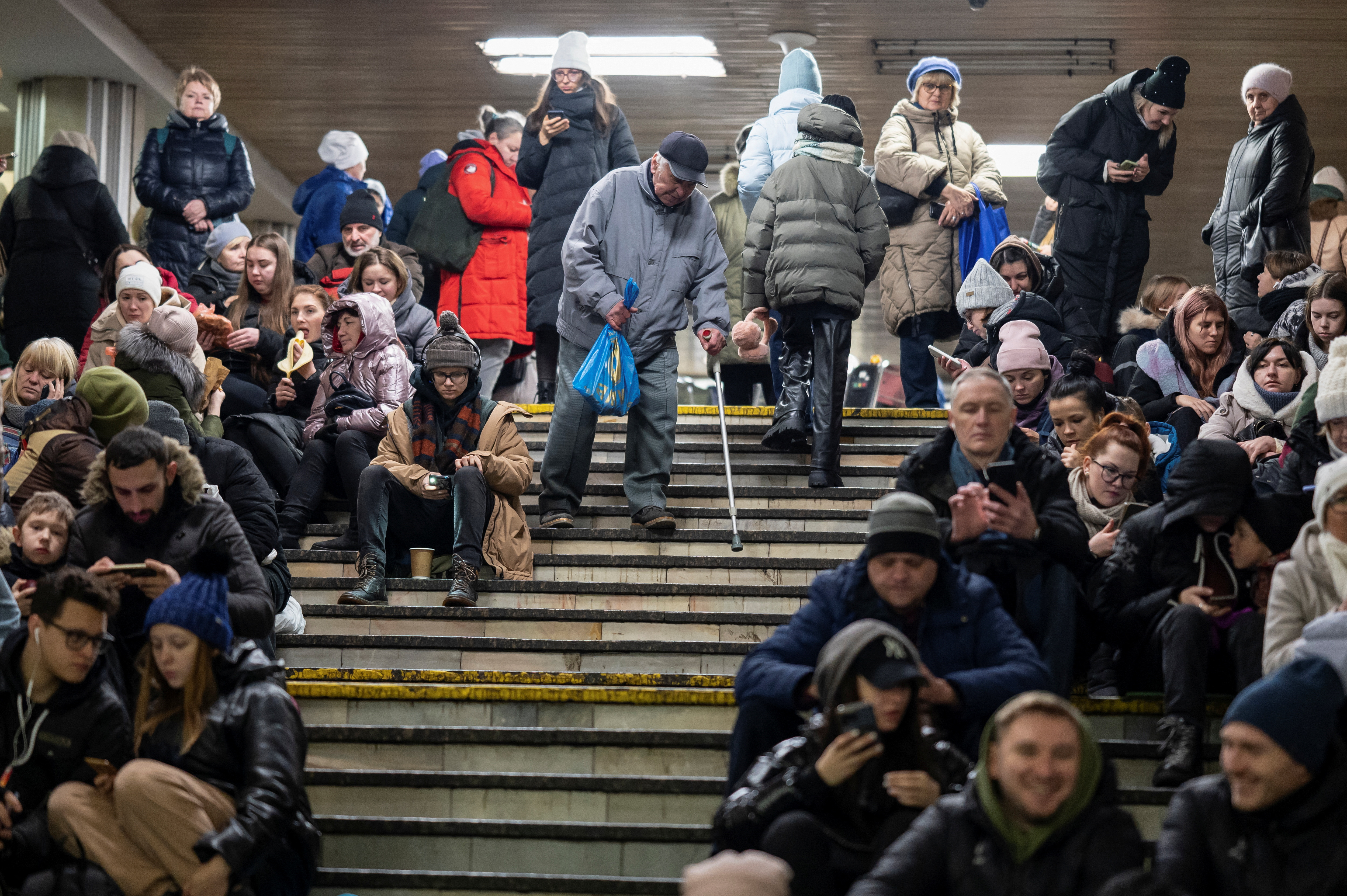 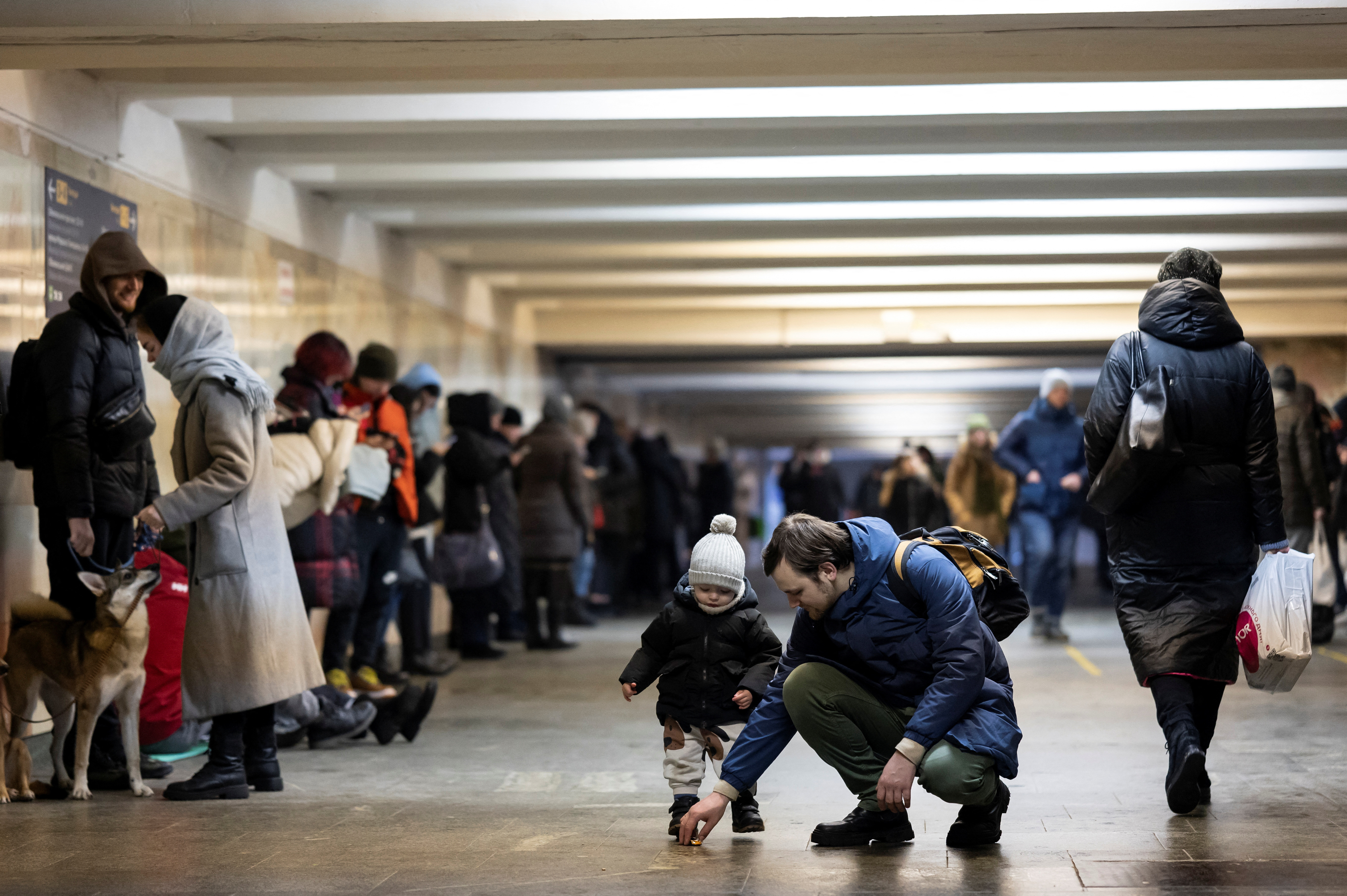 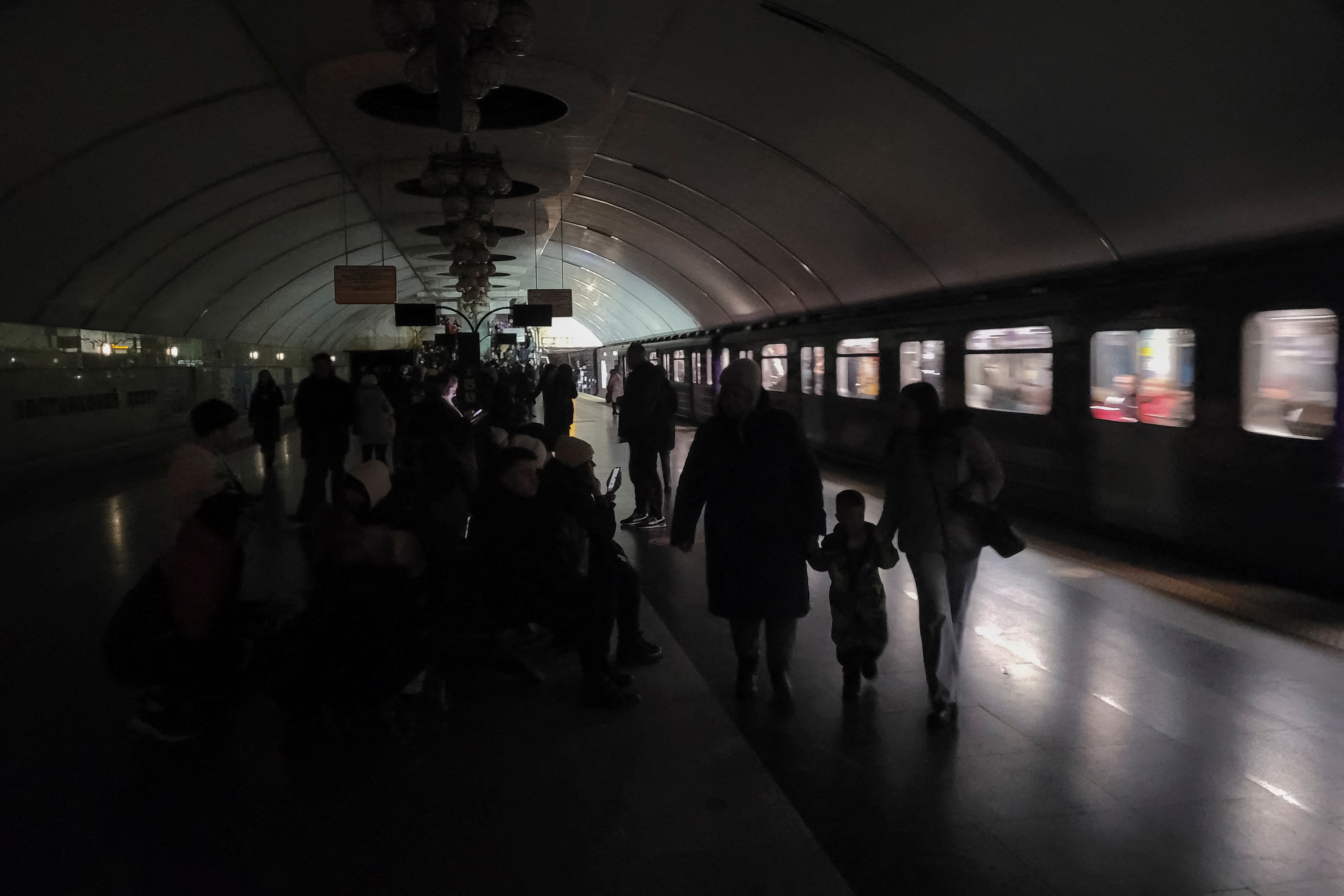 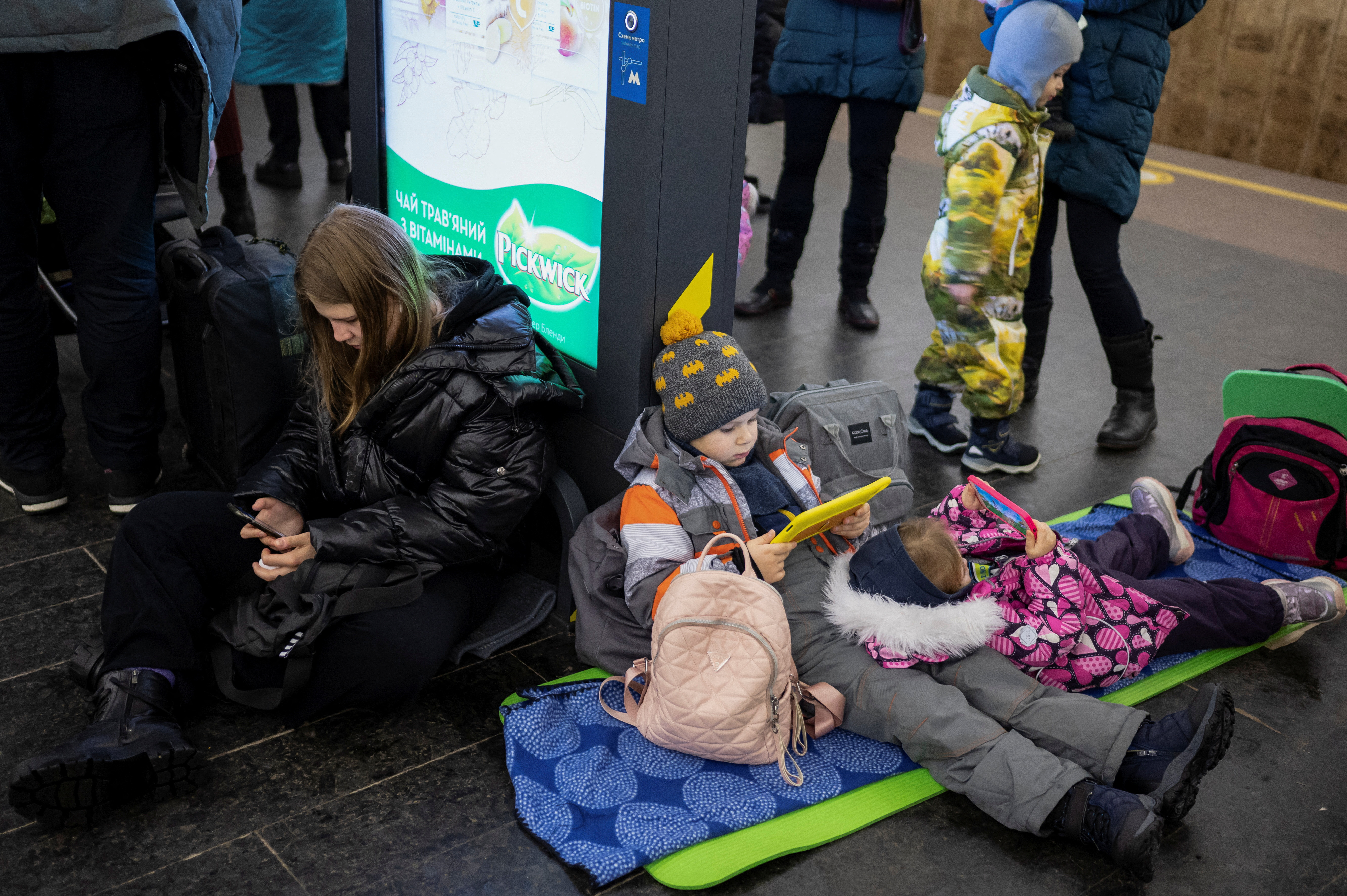