“Avatar: The Way of Water,” the sequel to the biggest movie of all time, hit theaters over the weekend — 13 years after the original. 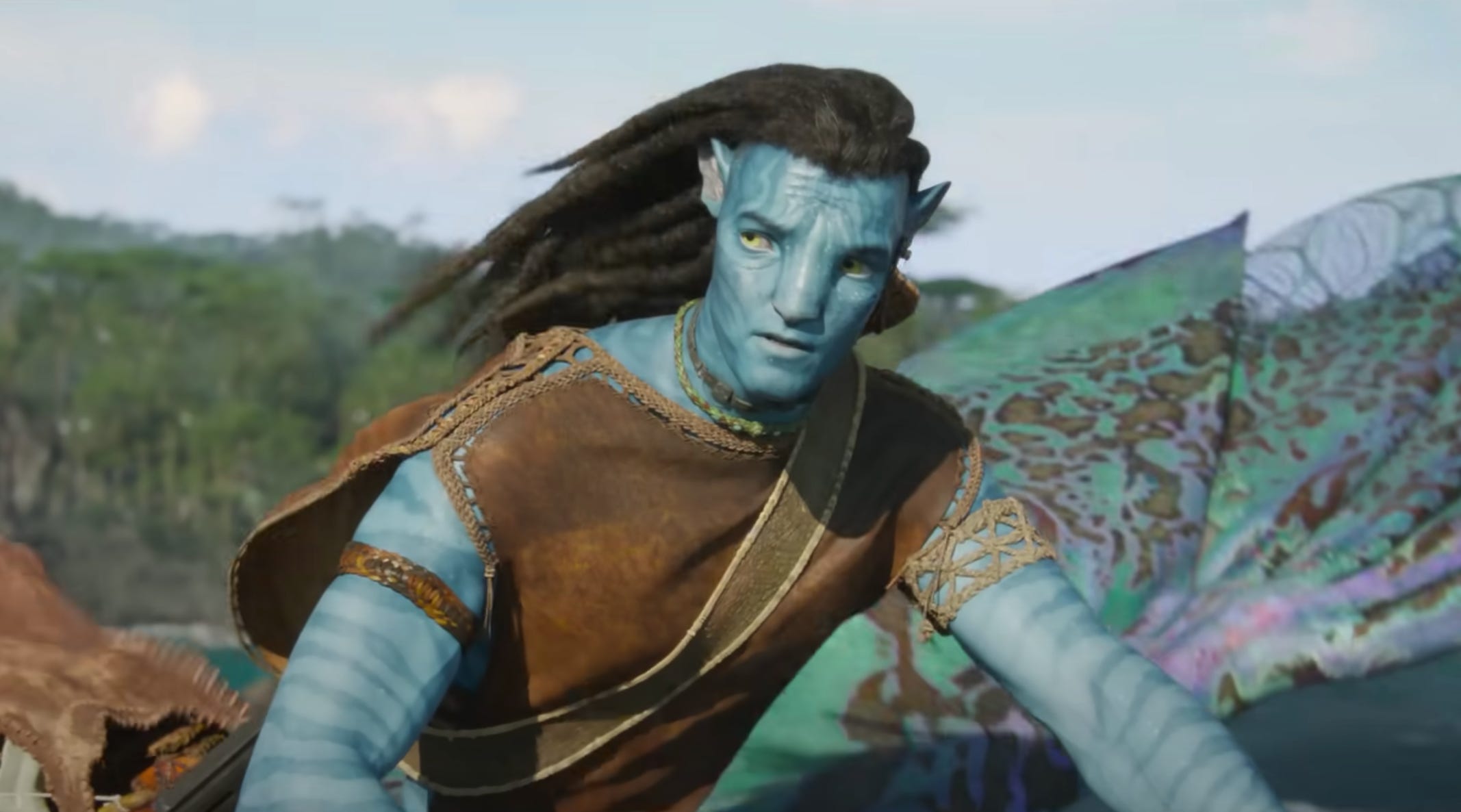 “Avatar: The Way of Water.”

When director James Cameron wasn’t making “The Way of Water,” though, he was spending time on his other passion: deep-sea diving. 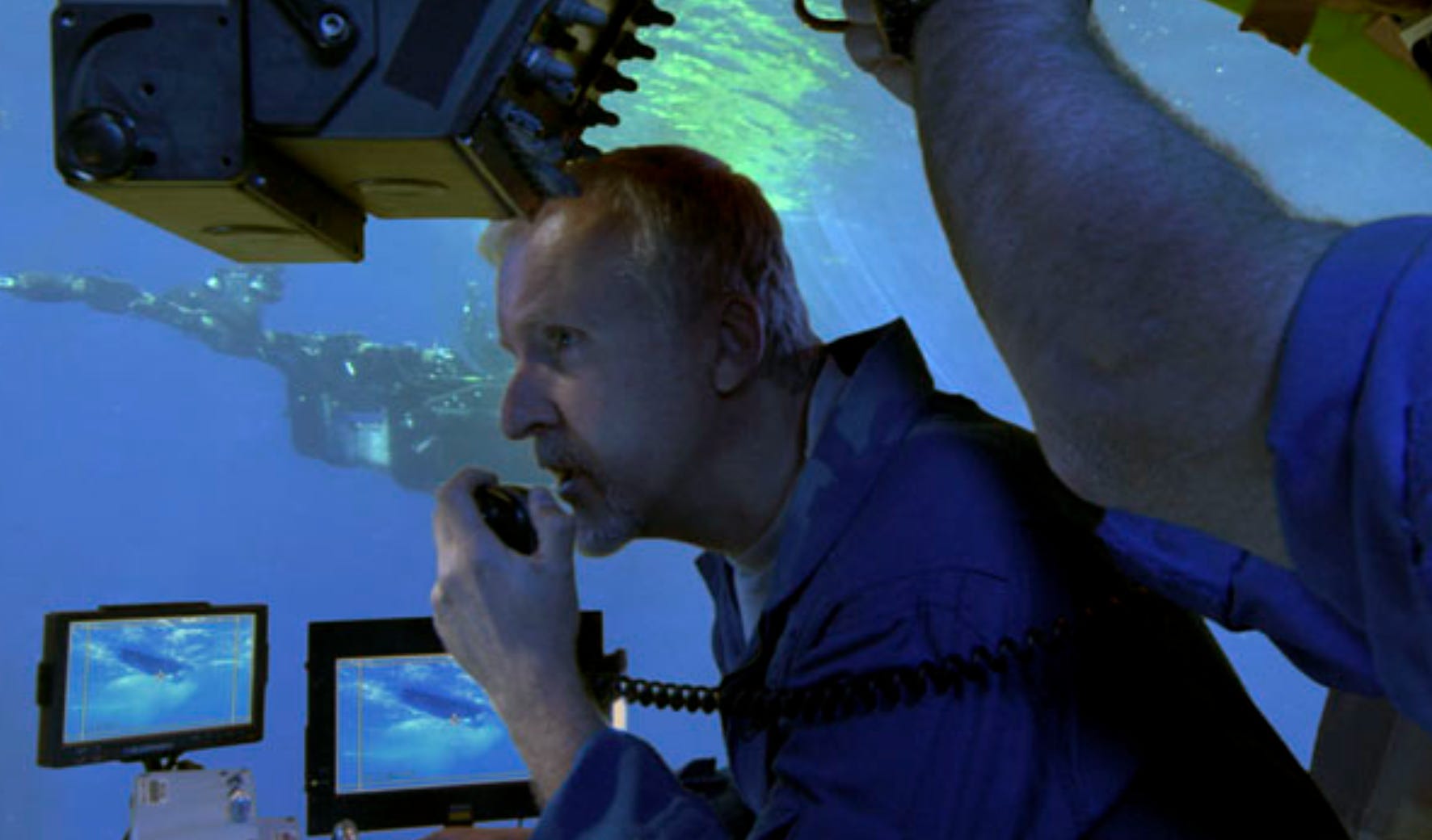 Cameron in his documentary “Aliens of the Deep.”

Cameron learned how to scuba dive at age 17 and discovered the “keys to another world,” he told The New York Times in 1989.

In 2018, Cameron joked that he makes movies like “Avatar” to fund his deep-sea explorations. 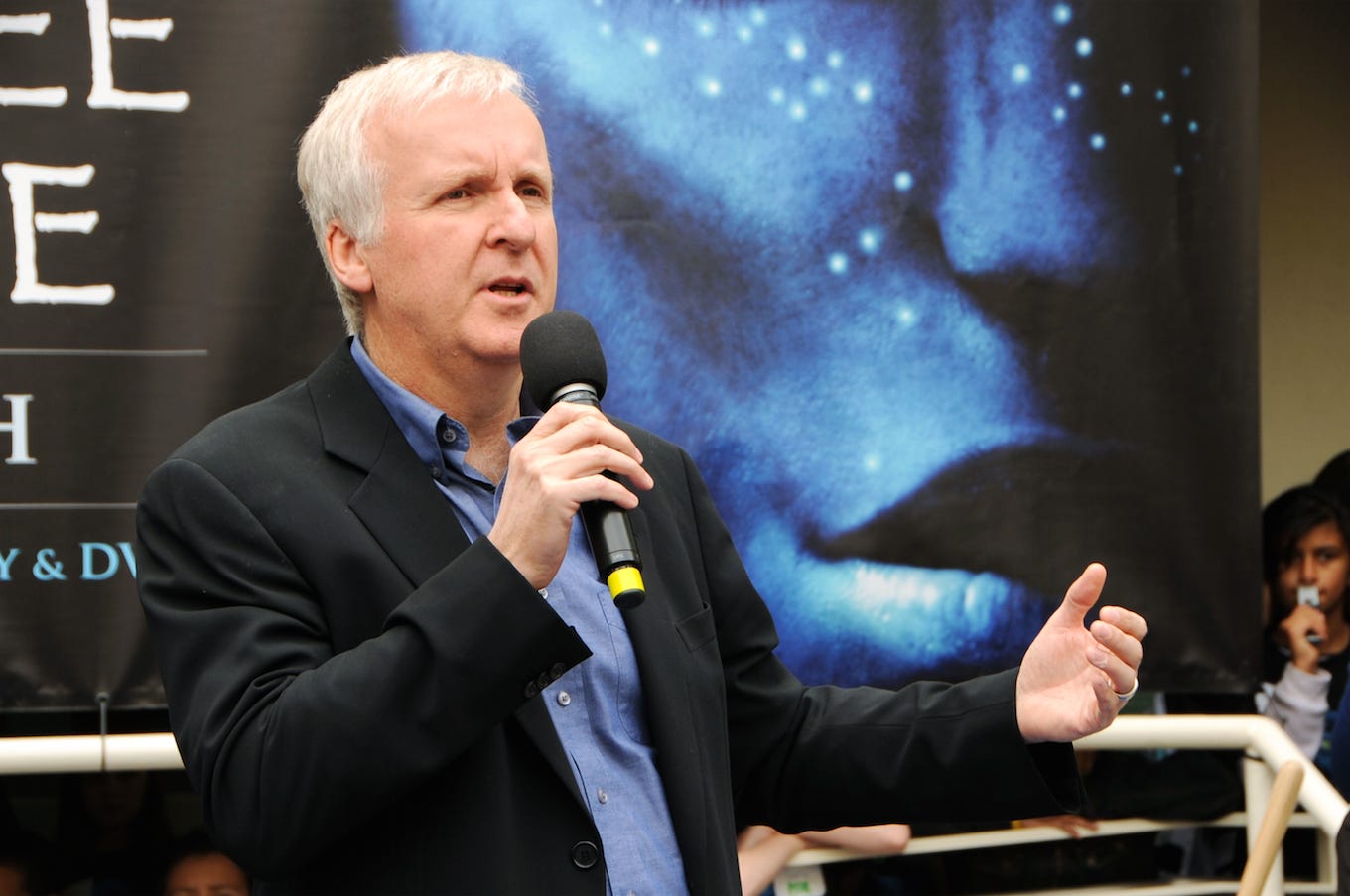 “Some people think of me as a Hollywood guy … (but) I make ‘Avatar’ to make money to do explorations,” Cameron told The Daily Telegraph.

For what it’s worth, Cameron earned a massive $350 million payday for “Avatar,” Deadline reported in 2010, after factoring in his take from box office and home-entertainment sales.

Cameron’s love for sea exploration pre-dates “Avatar,” though. It’s reflected in his other movies like 1989’s “The Abyss” and 1997’s “Titanic.” 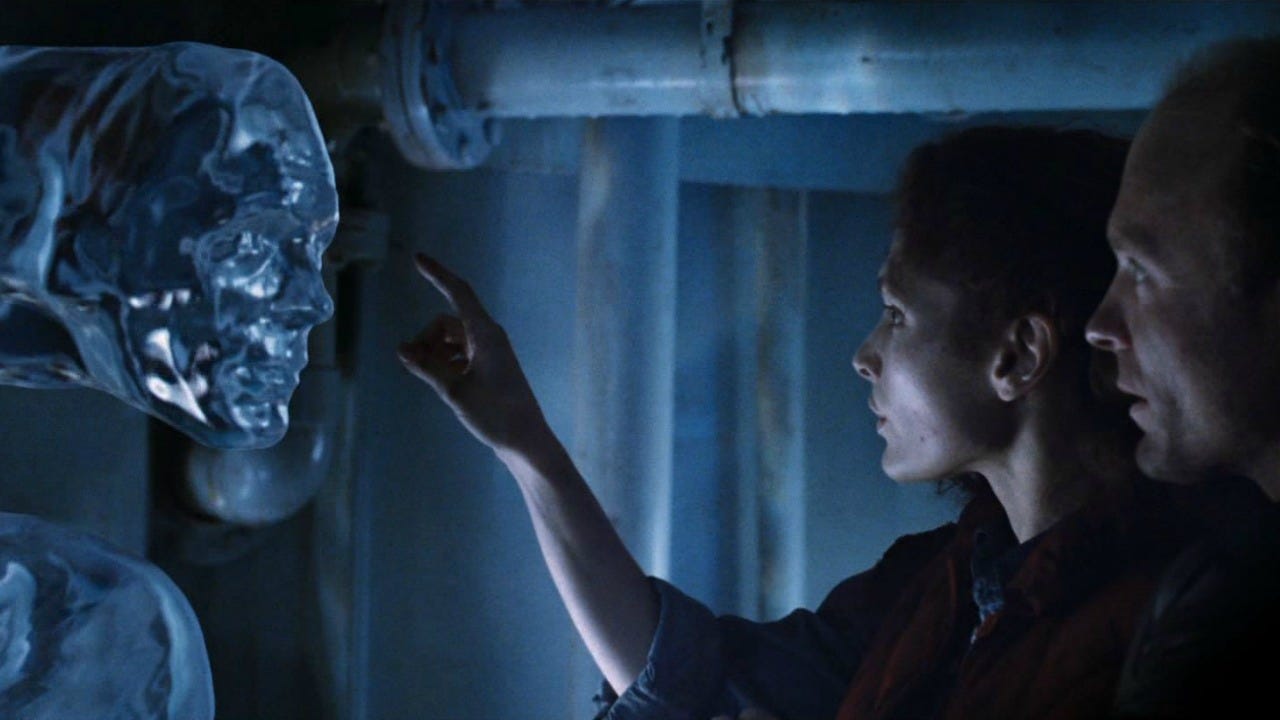 “I sort of joke about this, but it’s more true than not, that I made the movie because I wanted to do an expedition to the wreck of the ‘Titanic,’ and I did explore it,” Cameron told NPR in 2012.

Cameron said that his love for filmmaking and exploration are intertwined.

“I think the through-line there is storytelling,” he told NPR. “I think it’s the explorer’s job to go and be at the remote edge of human experience and then come back and tell that story. So I don’t see them as that separately.”

Cameron had dived to the real-life wreckage of the Titanic in the North Atlantic Ocean 33 times since filming the movie, he revealed in a 2017 National Geographic special, “Titanic: 20 Years Later.” 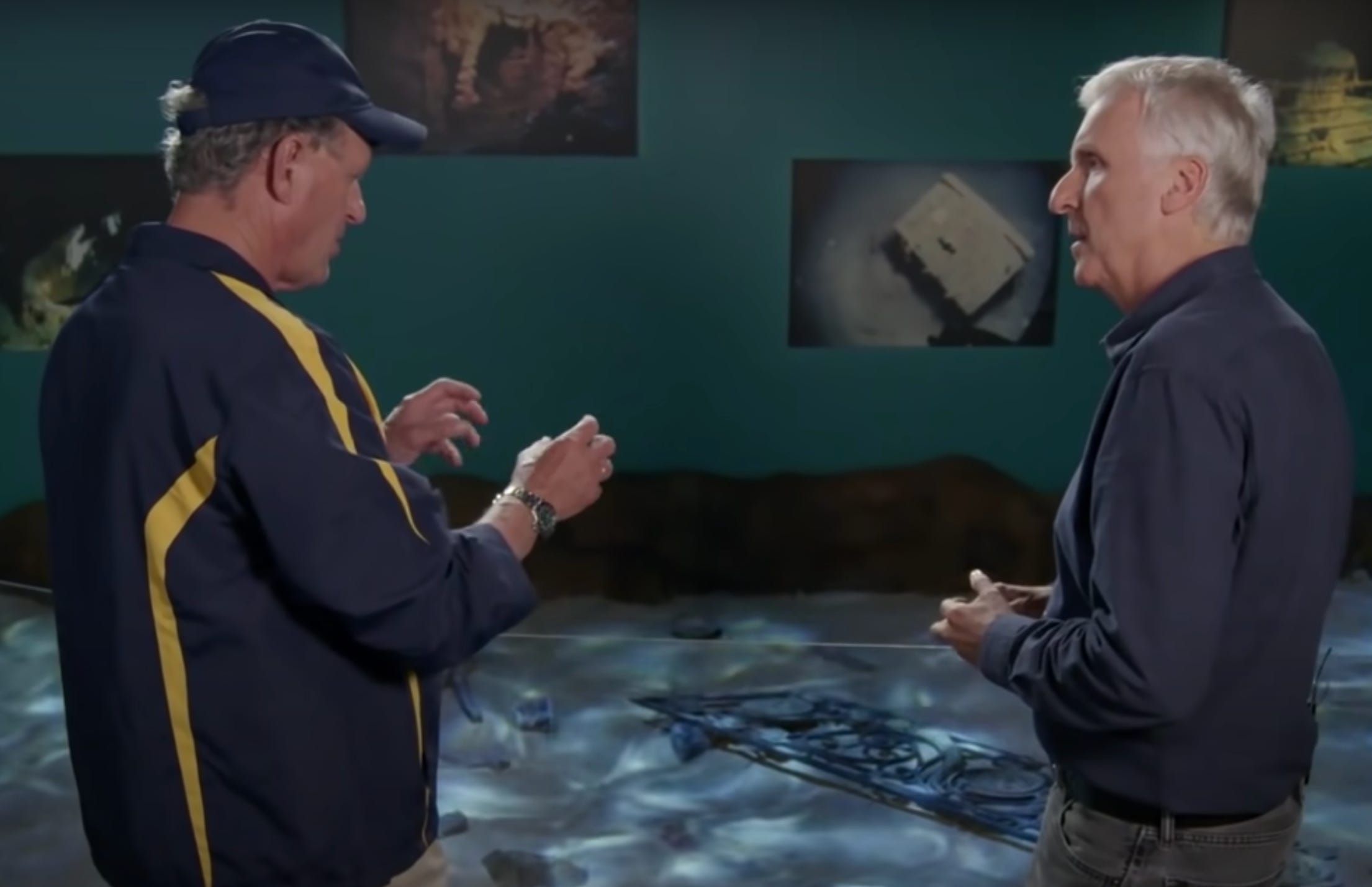 Cameron admitted in the special that some parts of his movie are “wrong” after visiting the wreckage.

Between “Titanic” in 1997 and “Avatar” in 2009, Cameron didn’t make a narrative feature — but he did make documentaries about sea exploration. 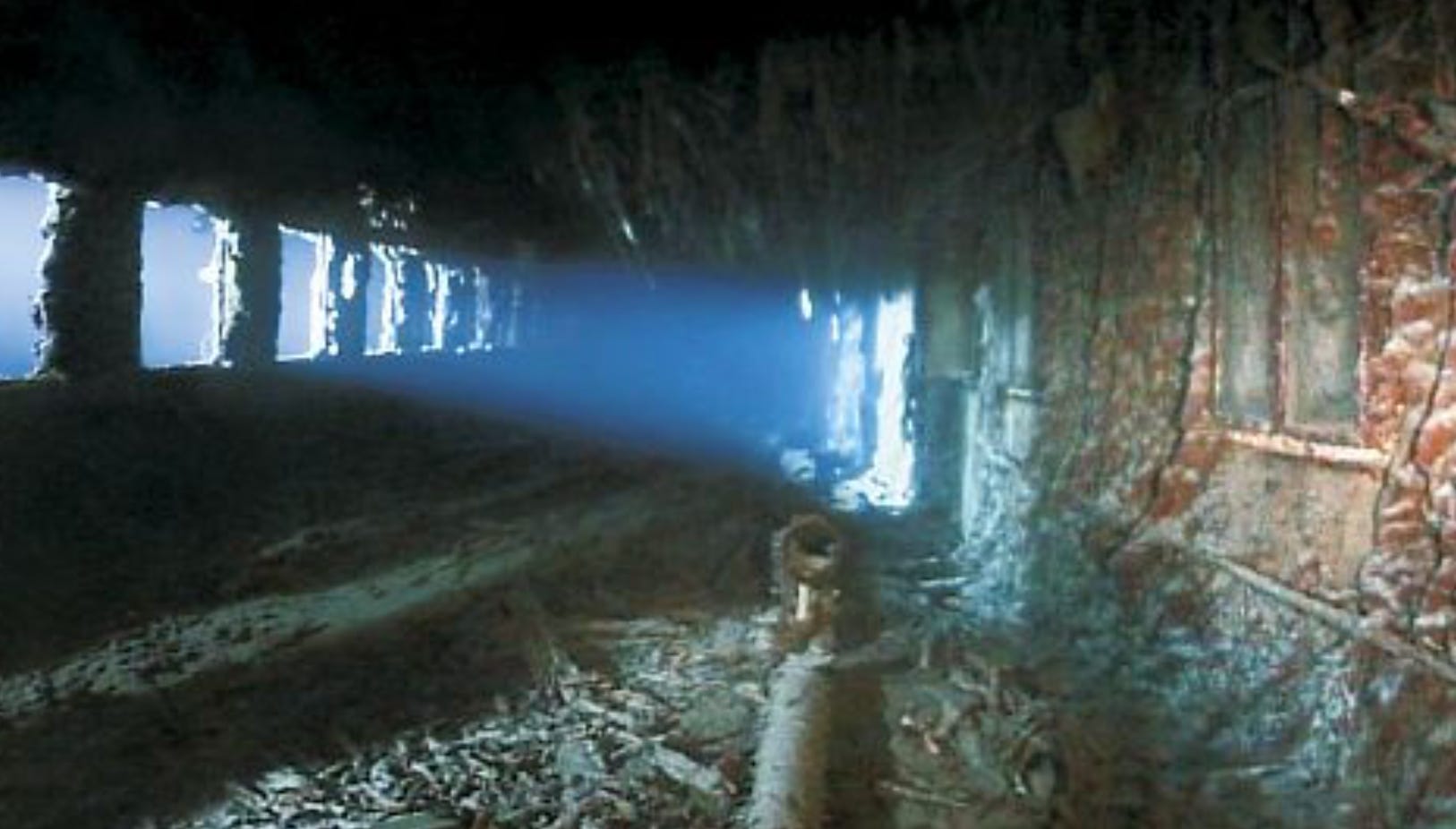 “Ghosts of the Abyss.”

One of those, 2003’s “Ghosts of the Abyss,” documented Cameron’s travels to the Titanic wreckage. In the other, 2005’s “Aliens of the Deep,” Cameron teamed up with NASA scientists to explore the sea creatures of mid-ocean ridges.

In 2012, Cameron broke the record for the deepest solo dive in history. 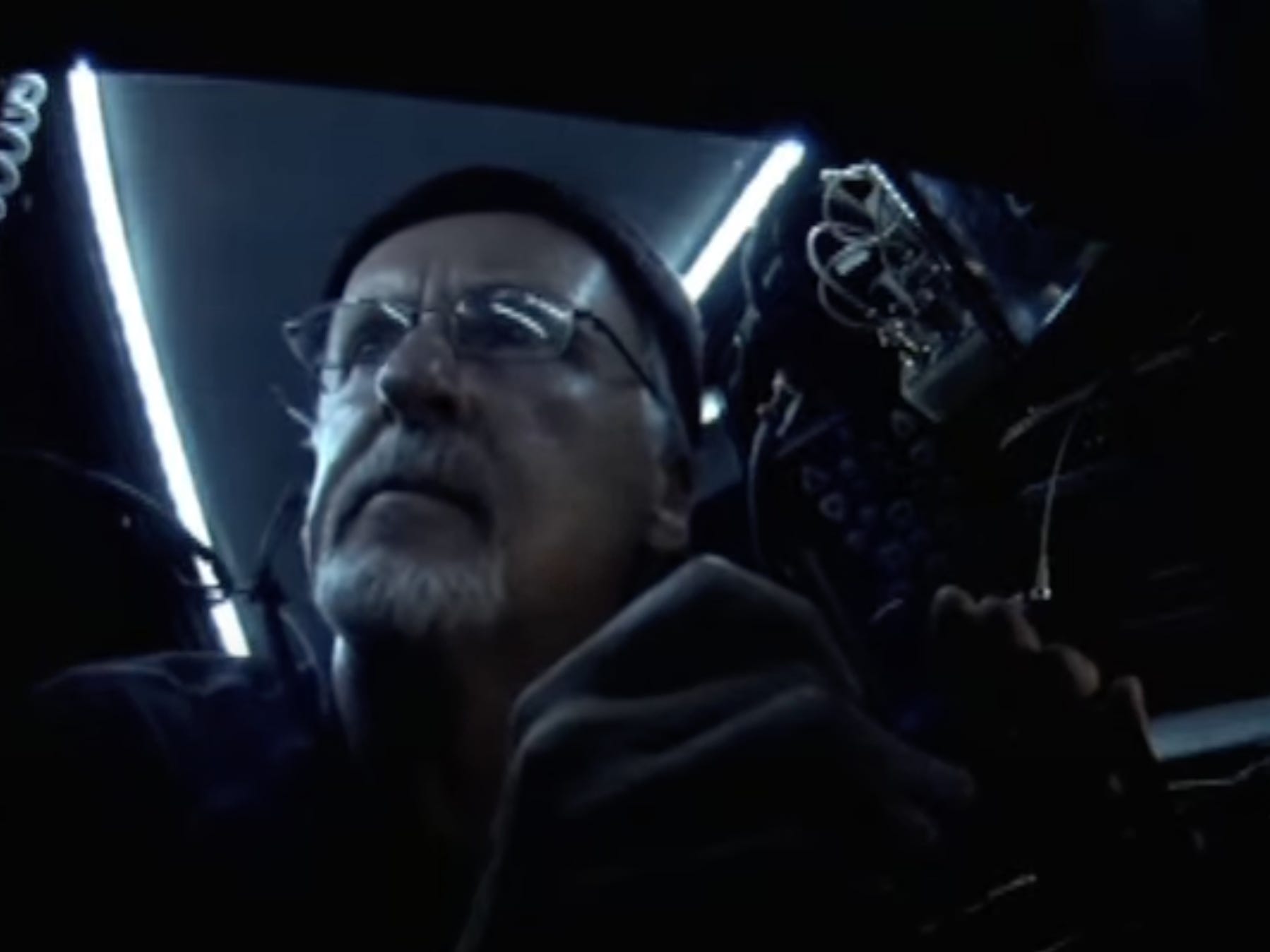 Cameron in the submersible while diving to the deepest part of the Mariana Trench.

Cameron traveled to the deepest part of the Mariana Trench — seven miles down, called the Challenger Deep — in a specialized, state-of-the-art submersible, and spent over three hours there documenting the experience.

“It was very lunar, very desolate place, very isolated,” Cameron said of the experience. “My feeling was one of complete isolation from all of humanity. I literally felt like in the space of one day I had gone to another planet and come back.”

In 2019, millionaire adventurer Victor Vescovo claimed he had beaten Cameron’s record, sparking a response from the director. 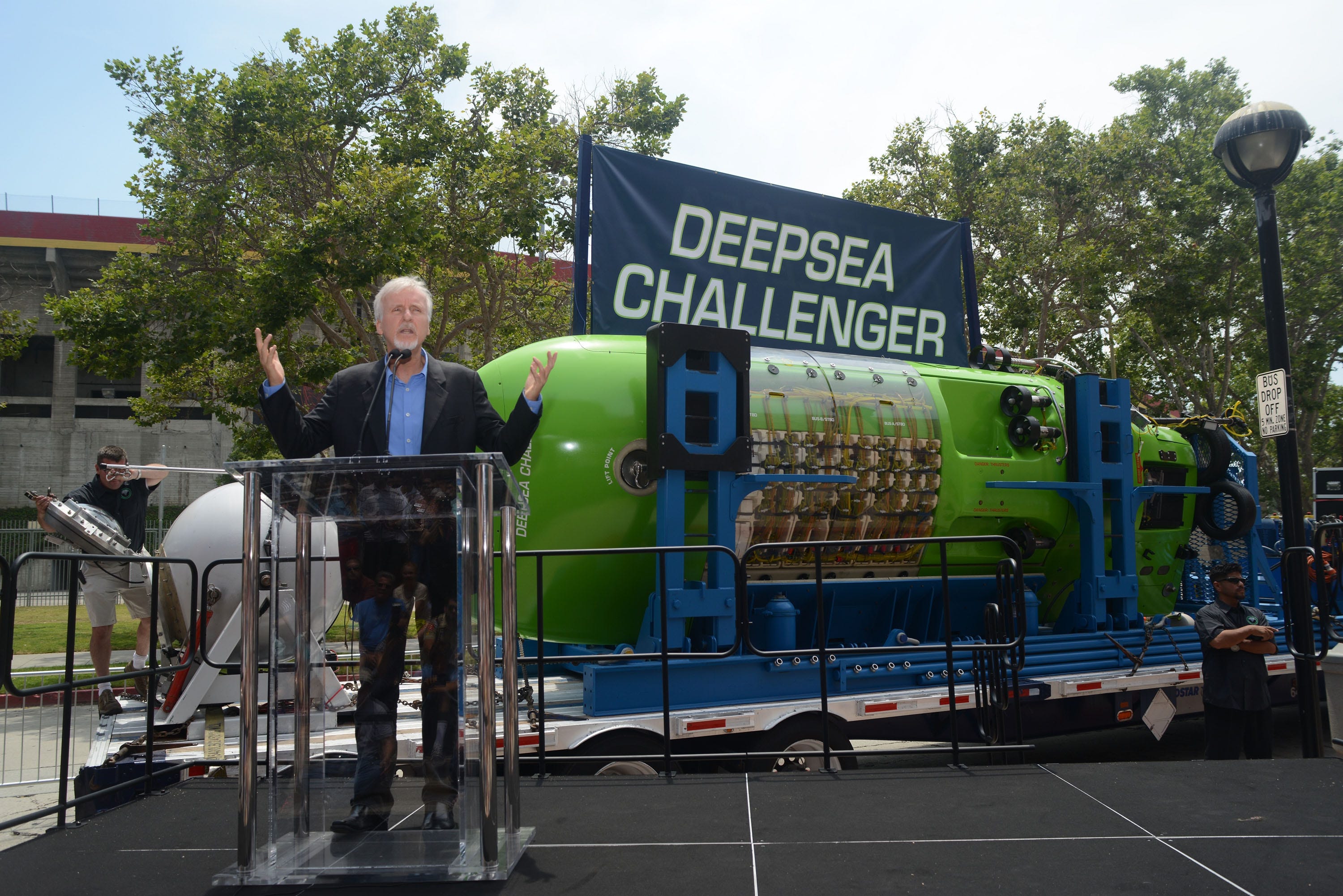 Cameron emailed The New York Times in 2019 to push back against Vescovo’s claim that he went 52 feet deeper than Cameron.

Cameron argued that he found the area to be flat, disputing that anyone could go any deeper than he did. 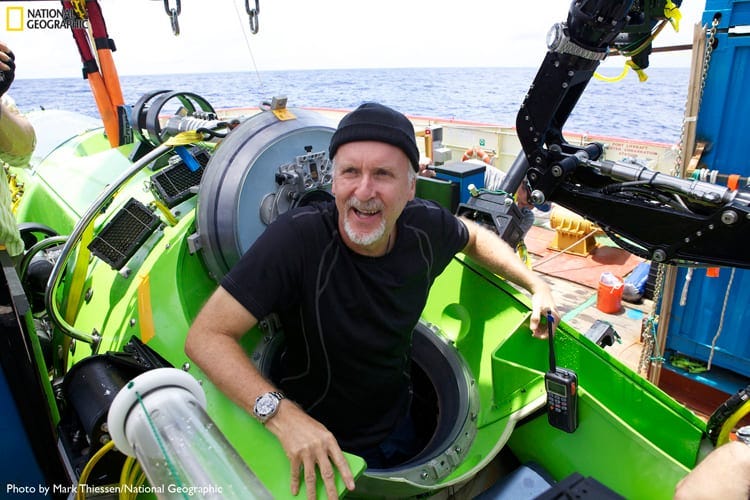 Filmmaker and National Geographic Explorer-in-Residence James Cameron emerges from the Deepsea Challenger submersible after his successful solo dive to the Mariana Trench, the deepest part of the ocean.

The exhibit focuses on Cameron’s 2012 Mariana Trench dive and the 12-ton, 24-foot-tall submersible he went down in.

“We need to become guardians for the ocean, warriors for the ocean — all of us in our society,” Cameron said via Zoom during the exhibit’s opening this week.

“A big part of our responsibility is as storytellers, not just to do the exploration, but when we come back, to tell the story of the science and what we discovered, what we saw with our own eyes,” he said.

Cameron recently invested in a submarine company that allows anyone wealthy enough to afford the vehicles to explore the deep sea. 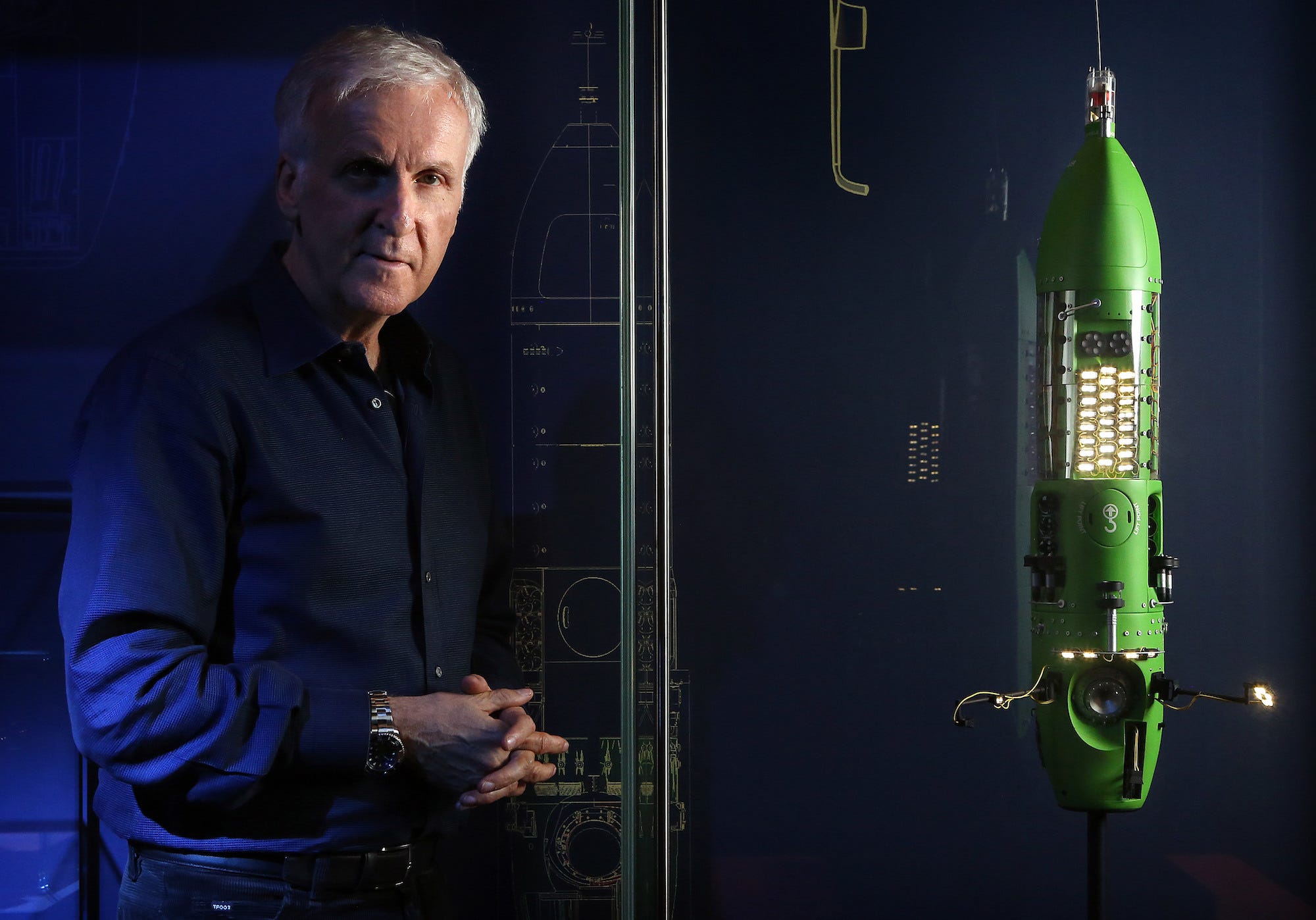 Cameron, along with billionaire Ray Dalio, the founder of investment firm Bridgewater Associates, bought a stake in the Florida-based Triton Submarines this week.

Cameron, Dalio, and the company’s cofounder Patrick Lahey are now co-owners of Triton.

In 2021, National Geographic announced a docuseries called “OceanXplorers,” executive produced by Cameron and Dalio, which would follow the exploits of the OceanXplorer vessel.

“The Way of Water” capitalizes on Cameron’s fondness for the sea, including underwater sequences in which the cast had to hold their breath for several minutes. 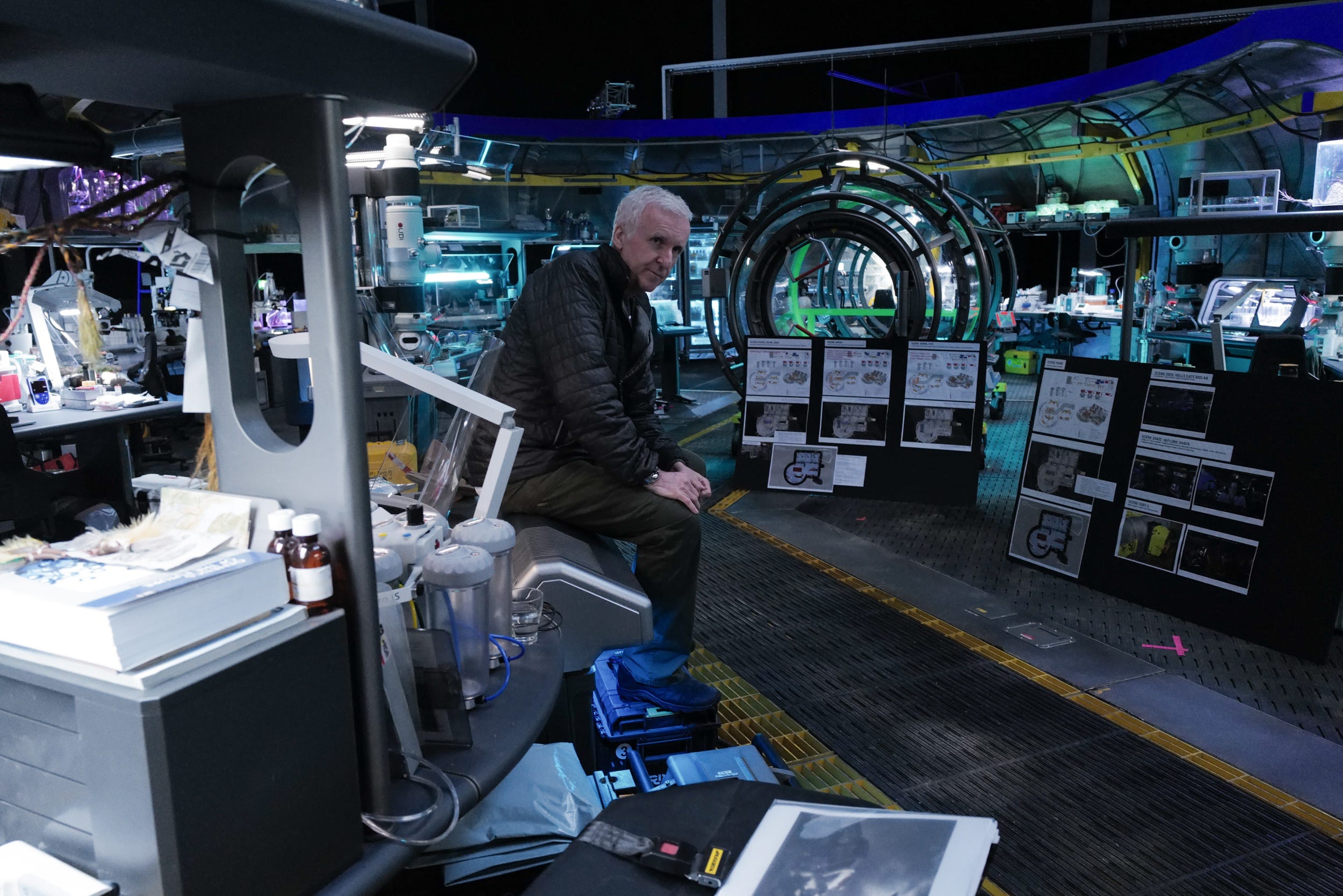 James Cameron on “Avatar: The Way of Water” set.

Cameron and the cast of the movie opened up to The New York Times in October about filming the underwater sequences.

When asked what the benefit is of the actors learning how to hold their breath for long periods of time, Cameron said, “Oh, I don’t know, maybe that it looks good? Come on!”

“I was very specific about what would be required, and we got the world’s best breath-hold specialists to talk them through it,” he said.