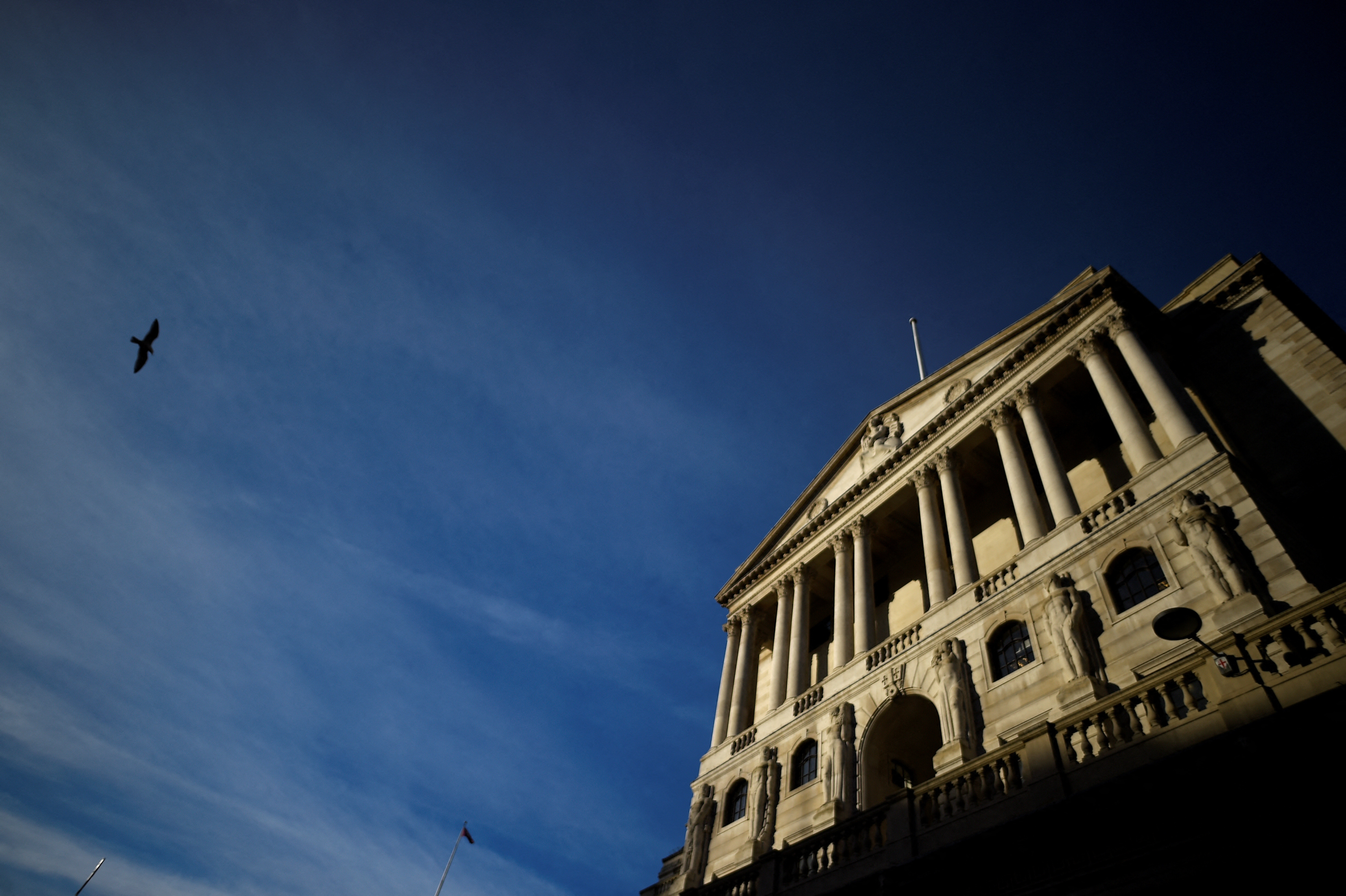 A bird flies past The Bank of England in the City of London, Britain, December 12, 2017. REUTERS/Clodagh Kilcoyne/File Photo

LONDON, Dec 15 (Reuters) – The Bank of England raised its key interest rate to 3.5% from 3% on Thursday, its ninth rate rise in a row as it tries to speed inflation’s return to target after price growth hit a 41-year high in October.

The BoE’s Monetary Policy Committee voted 6-3 in favour of the move, and said “further increases in Bank Rate” may be required to tackle what it fears may be persistent domestic inflation pressures from prices and wages.

“The labour market remains tight and there has been evidence of inflationary pressures in domestic prices and wages that could indicate greater persistence and thus justifies a further forceful monetary policy response,” the BoE said.

The BoE statement did not repeat unusual language from November when it said rates were unlikely to need to rise as far as markets expected. Market rate expectations have fallen since then.

One policymaker, Catherine Mann, wanted a bigger rate rise this month on the scale of November’s 0.75 percentage point increase – the BoE’s largest in more than 30 years – to tackle what she viewed as increased inflation risks since November.

However two other policymakers, Silvana Tenreyro and Swati Dhingra, who had opposed the scale of November’s increase, said it was now time to halt rate rises entirely, as what had been done so far was “more than sufficient” to get inflation back to target.

The BoE move follows the U.S. Federal Reserve’s decision on Wednesday to raise its main rate by half a point, as Western central banks grapple with post-COVID labour shortages and the impact of Russia’s invasion of Ukraine on energy prices.

The European Central Bank is set to raise interest rates for the fourth time in a row on Thursday, although by less than at its last two meetings.

Official figures on Wednesday showed consumer price inflation fell to 10.7% in November from 11.1% in October. That 0.4 percentage point fall in the annual rate was the largest since July 2021.

Budget decisions in Hunt’s November fiscal statement meant inflation in the second quarter of next year would be 0.75 percentage points lower than the BoE had forecast, but the longer-term impact would be minimal, the BoE said.

Unemployment is now creeping up, reaching 3.7% in the three months to October, but pay excluding bonuses still managed to rise at its fastest nominal rate since 2001, up 6.1% on a year earlier.

Last month the BoE said Britain was entering a long recession, and predicted the economy would shrink by 0.3% in the final quarter of this year.

Now it expects a fall of 0.1%, and for economic output in a year’s time to be 0.4% higher than previously thought as a result of budget measures that offered short-term stimulus.

However, fiscal tightening further ahead would leave GDP levels in two year’s time little changed from the BoE’s November forecast, and 0.5% lower than in three years’ time.