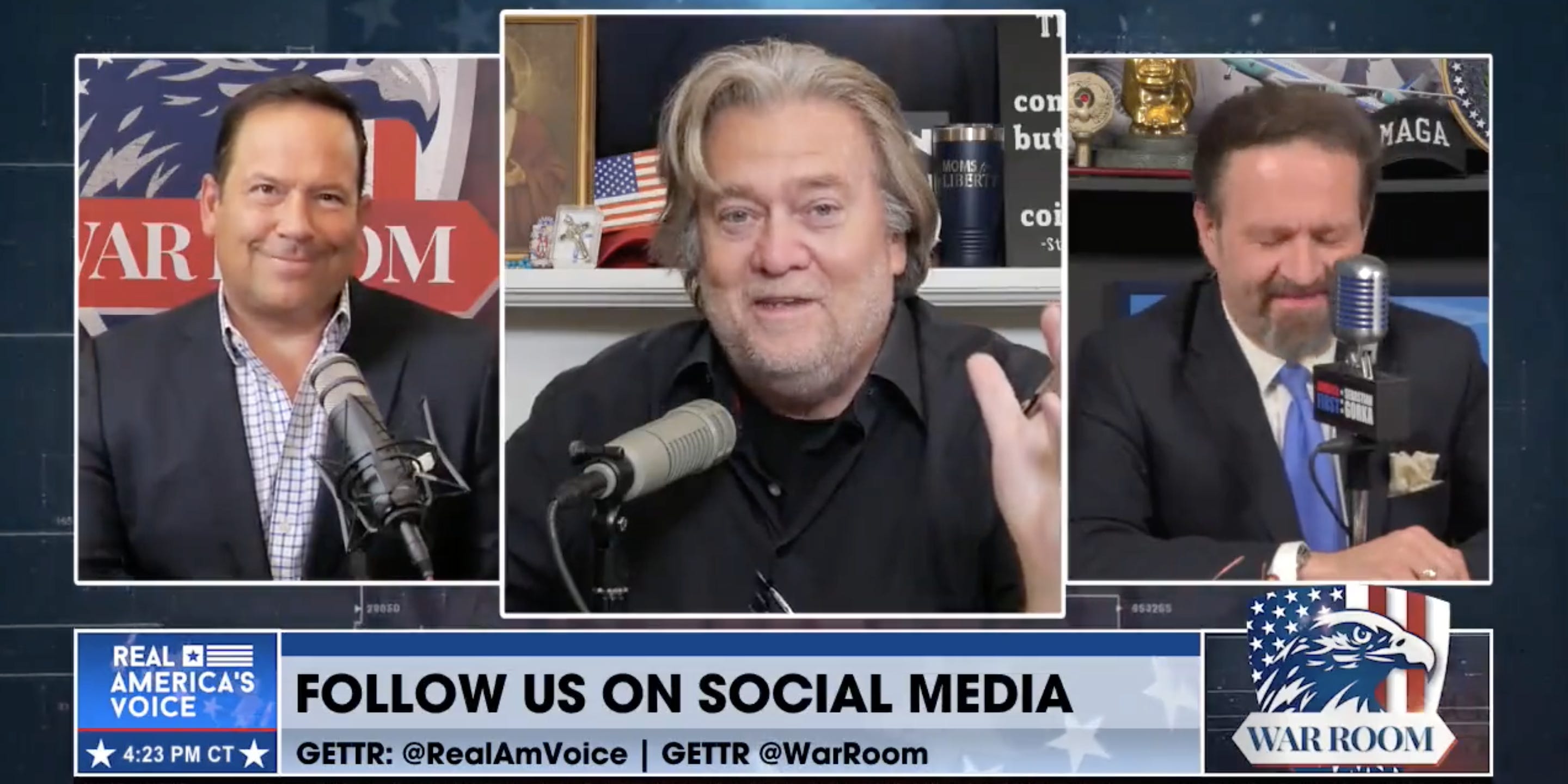 Donald Trump ally Steve Bannon ridiculed a much-hyped announcement from the former president that turned out to be the sale of NFTs.

Trump on Wednesday teased a “major announcement” — setting high expectations given he is a former world leader with an active presidential campaign and a slew of high-profile legal fights on his hands.

But when the announcement came it was for a line of $99 NFTs, a kind of digital artwork, featuring Trump depicted in heroic poses, like as a sportsman, an astronaut, or as a superhero with fire shooting from his eyes.

The announcement drew mockery and derision, even from usually steadfast allies such as Bannon, a far-right podcaster and former Trump advisor.

“I can’t do this anymore,” Bannon said on his podcast Thursday.

“He’s one of the greatest presidents in history, but I gotta tell you: whoever — what business partner and anybody on the comms team and anybody at Mar-a-Lago — and I love the folks down there — but we’re at war. They oughta be fired today.”

Bannon wasn’t the only Trump ally dismayed by the announcement.

“Whoever told Trump to do this should be fired,” Keith and Kevin Hodge, two Trump-supporting comedians said on Twitter.

Some observers had expected an announcement to reboot his faltering 2024 election campaign, with Trump having been mired in controversy in recent weeks over his dinner with white nationalist Nick Fuentes and anti-Semitic rapper Kanye West.

The former president is also facing mounting criticism in the Republican Party over his midterms strategy, in which a series of scandal-plagued candidates he endorsed were defeated in key races.

Home » Audio Sources - Full Text Articles » Even Steve Bannon thinks Trump’s NFT sale is stupid, and called for everyone involved to be fired
a