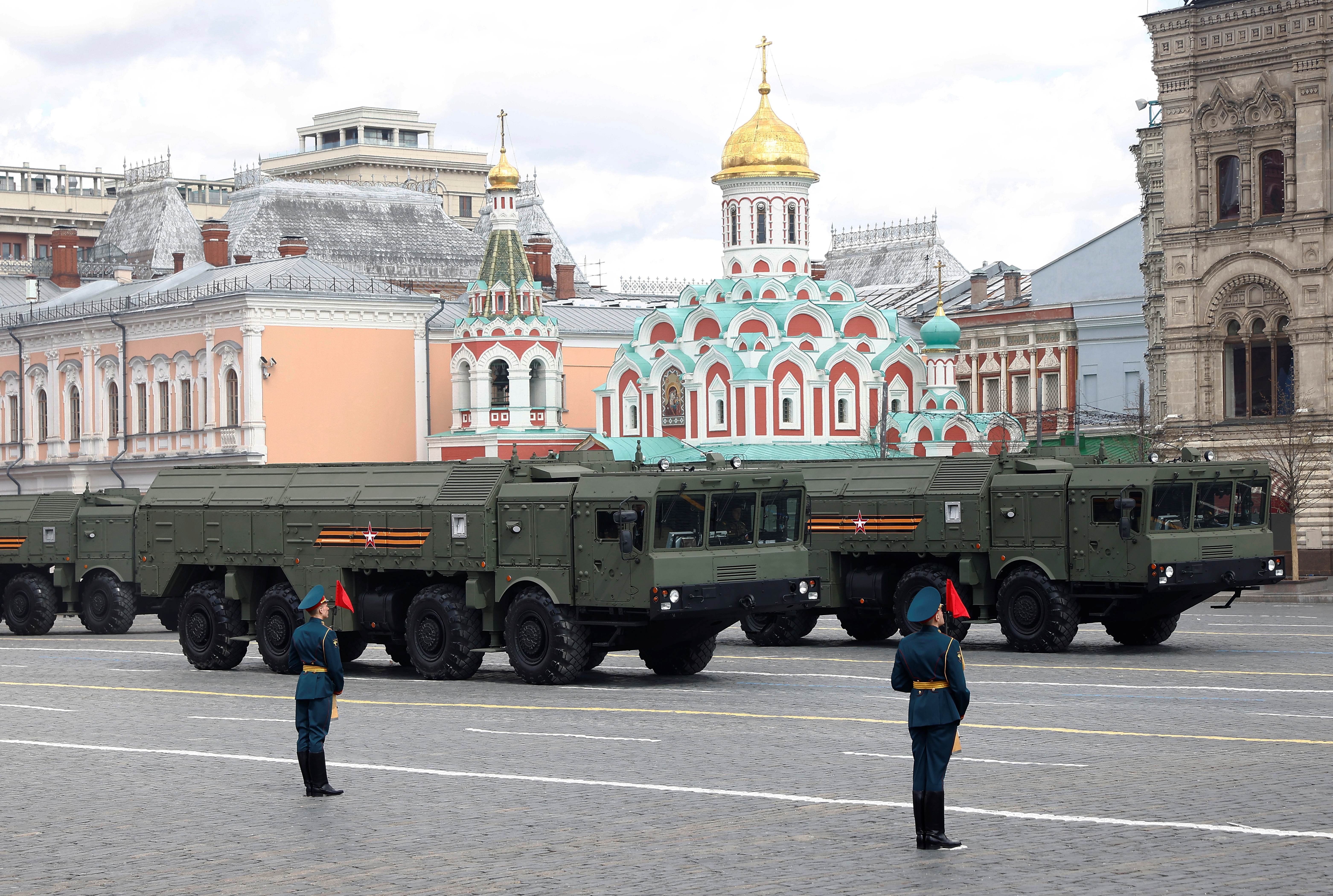 Iskander-M missile launchers drive during a rehearsal for the Victory Day parade, which marks the anniversary of the victory over Nazi Germany in World War Two, in Red Square in central Moscow, Russia May 7, 2021. REUTERS/Maxim Shemetov

The Iskander tactical missile systems and the S-400 air defence systems that Russia has deployed to Belarus are fully prepared to perform their intended tasks, a senior Belarusian defence ministry official said on Sunday.

“Our servicemen, crews have fully completed their training in the joint combat training centres of the armed forces of the Russian Federation and the Republic of Belarus,” Leonid Kasinsky, head of the Main Directorate of Ideology at the ministry, said in a video posted on the Telegram messaging app.

“These types of weapons (Iskander and S-400 systems) are on combat duty today and they are fully prepared to perform tasks for their intended purpose.”

It is not clear how many of the Iskander systems – which are capable of carrying nuclear weapons – have been deployed to Belarus after Russian President Vladimir Putin said in June that Moscow would supply Minsk with them and the air defence systems.

The news comes amidst Moscow’s increasing pressure on Minsk to aid its invasion of Ukraine, now in its 10 month and with no end in sight.

Russian forces used Belarus as a launch pad for their abortive attack on the Ukrainian capital, Kyiv, in February, and there has been a growing flurry of Russian and Belarusian military activity in recent months.

The Iskander-M, a mobile guided missile system code named “SS-26 Stone” by NATO, replaced the Soviet “Scud”. Its two guided missiles have a range of up to 500 km (300 miles) and can carry conventional or nuclear warheads.

That range reaches deep into neighbours of Belarus: Ukraine and NATO member Poland, which has very strained relations with Minsk.