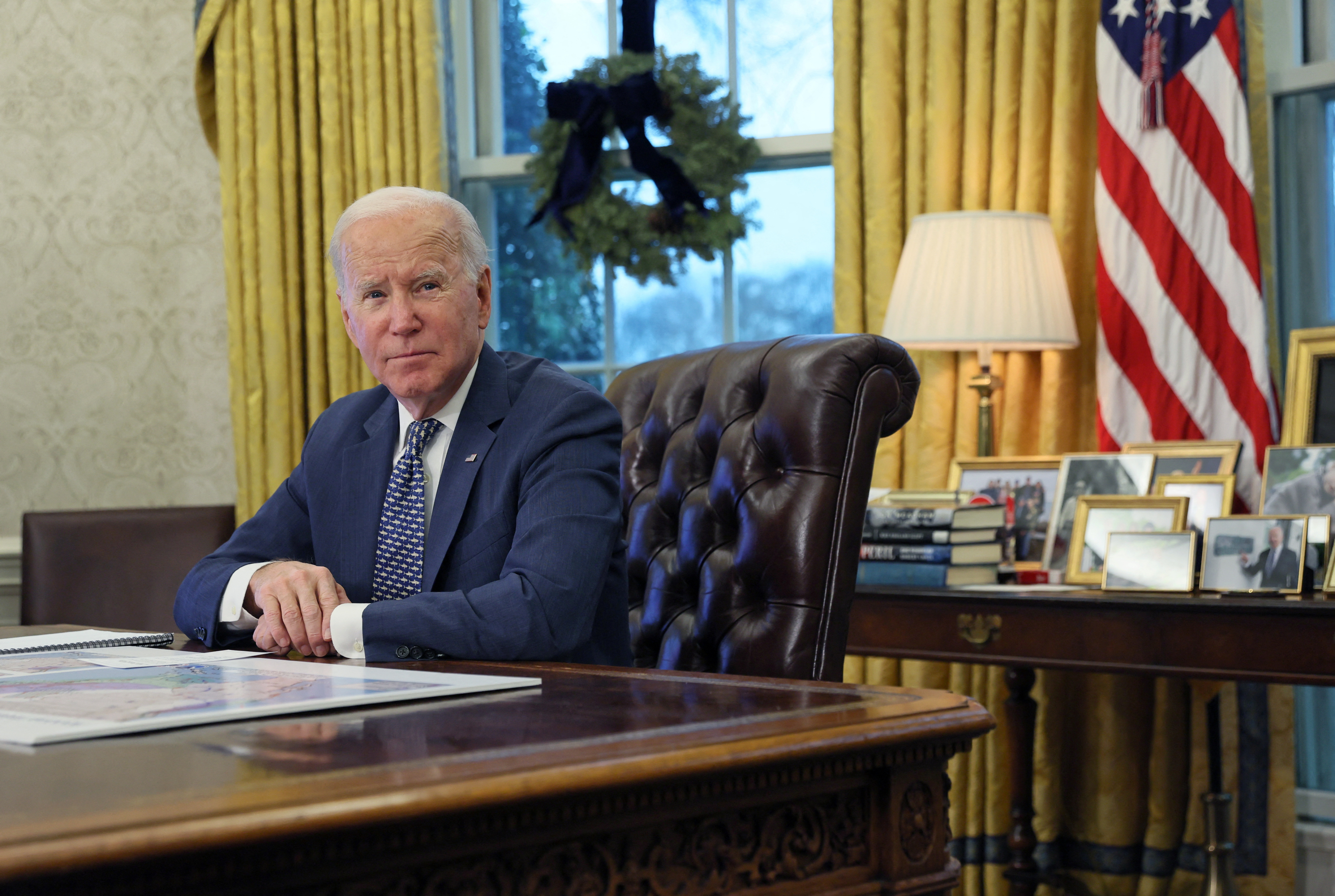 U.S. President Joe Biden speaks to the media before receiving a briefing about winter storm systems moving through the U.S., at the Oval Office at the White House in Washington, U.S., December 22, 2022. REUTERS/Leah Millis/File Photo

This week’s revelations that U.S. President Joe Biden stored classified documents in his Delaware home from his time as vice president has caused a political headache for him and the Democratic party, just as he approaches a difficult re-election bid.

Biden began 2023 buoyed by unexpectedly strong midterm election results for Democrats. Since then inflation has fallen, and the opposition Republican Party appeared in such public disarray that it took days to elect a speaker of the House of Representatives.

The president, 80, was poised to ride that wave into an announcement that he will make another run for the White House, perhaps as soon as next month, after the State of the Union address on Feb. 7, sources told Reuters.

“It basically … is a huge gift to Trump,” said David Axelrod, a former political adviser to President Barack Obama. Axelrod said the latest developments were an “embarrassment” because Biden criticized his predecessor after the FBI found classified government documents during a court-ordered search of Trump’s Florida resort.

“He’s been on a huge run here. And he had a lot of momentum going, and this is a bump in the road,” Axelrod said.

After Biden aides found classified documents at his residence in Delaware, including some in his garage, and at a Washington think tank he was associated with, Biden’s counsel said on Saturday that he had found five additional pages with classified markings at the president’s home.

The White House has promised to cooperate with the Department of Justice investigation and says the documents were inadvertently misplaced.

It has declined to elaborate, citing the Justice Department probe.

In September Biden called Trump’s handling of classified documents “totally irresponsible.” The former president, responding to the latest developments on his Truth Social platform, questioned when Biden’s homes would be searched. Trump announced his own re-election bid last year.

Biden has pushed infrastructure and climate change legislation through Congress and led democratic nations’ united response to Russia’s invasion of Ukraine. But he faces lackluster approval ratings and concerns about his age as he looks to 2024.

“This is a distraction for the White House right when they were starting to gain some momentum,” said Alex Conant, a Republican strategist and former spokesman for Republican President George W. Bush.

“It makes Biden look like a giant hypocrite,” Conant said. “Clearly Trump’s handling of classified materials was a lingering problem that Republicans had not had a good answer for until this week.”

While legal experts highlighted differences between the two cases – Trump refused to return documents, and about 100 marked classified were found at his home – a Democratic communications adviser, who declined to be named, said the issue would still pose questions for voters about Biden’s competence.

Axelrod said: “My guess is when this thing shakes out that it’s going to be less than it appears today, but right now it’s a huge pain.”