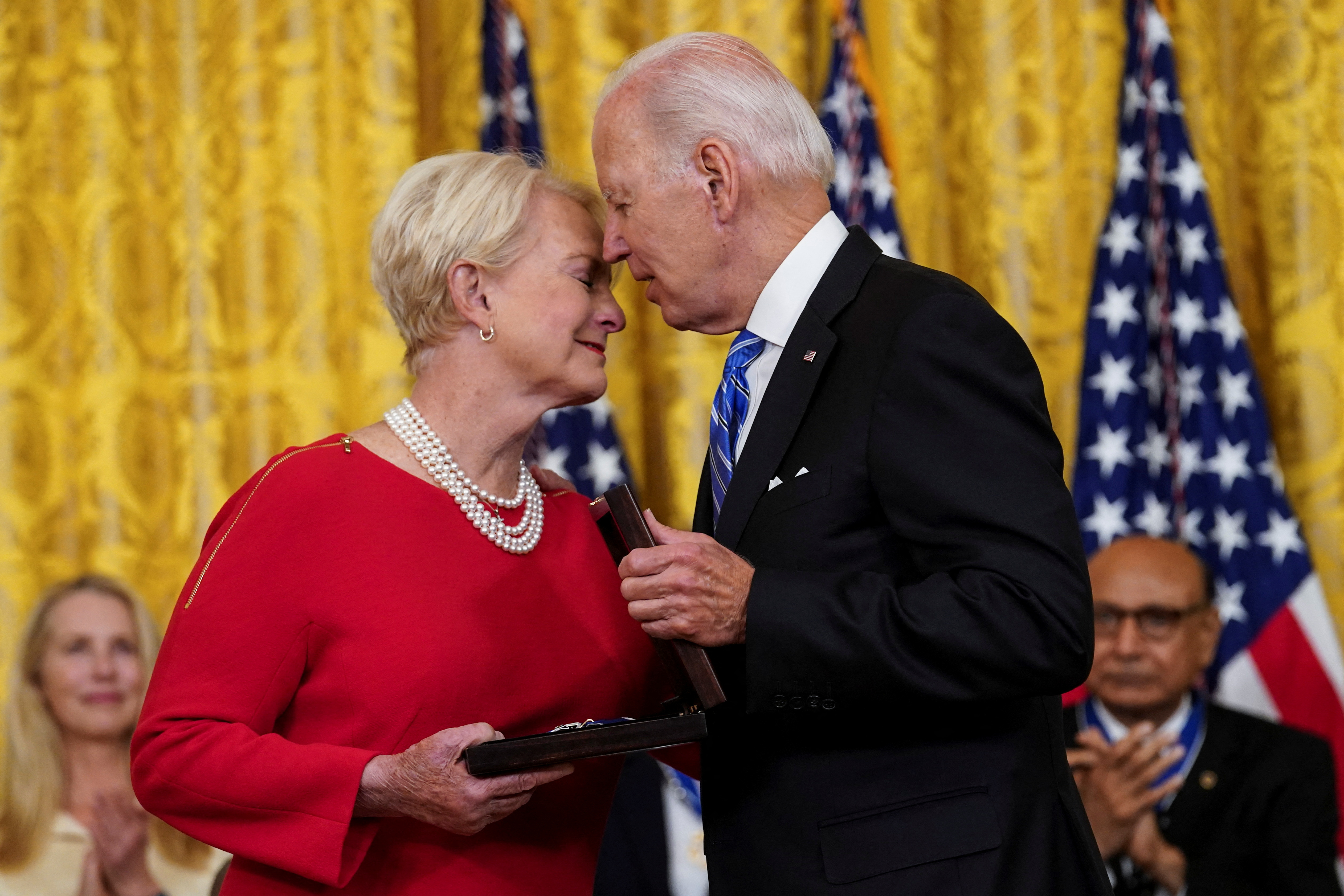 U.S. President Joe Biden greets Cindy McCain, widow of Medal of Freedom recipient and late U.S. Sen. John McCain, as he awards the Presidential Medal of Freedom in (posthumous) honor of Senator McCain during a ceremony in the East Room at the White House in Washington, U.S., July 7, 2022. REUTERS/Kevin Lamarque

Cindy McCain is currently serving as the U.S. ambassador to the United Nations agencies for food and agriculture.

In addition to McCain, Biden officials have also recommended David Lane, former U.S. ambassador to the WFP for the post, Axios said.

The term of current WFP Executive Director David Beasley, a former Republican governor from South Carolina, is expected to end in April 2023, according to the report.