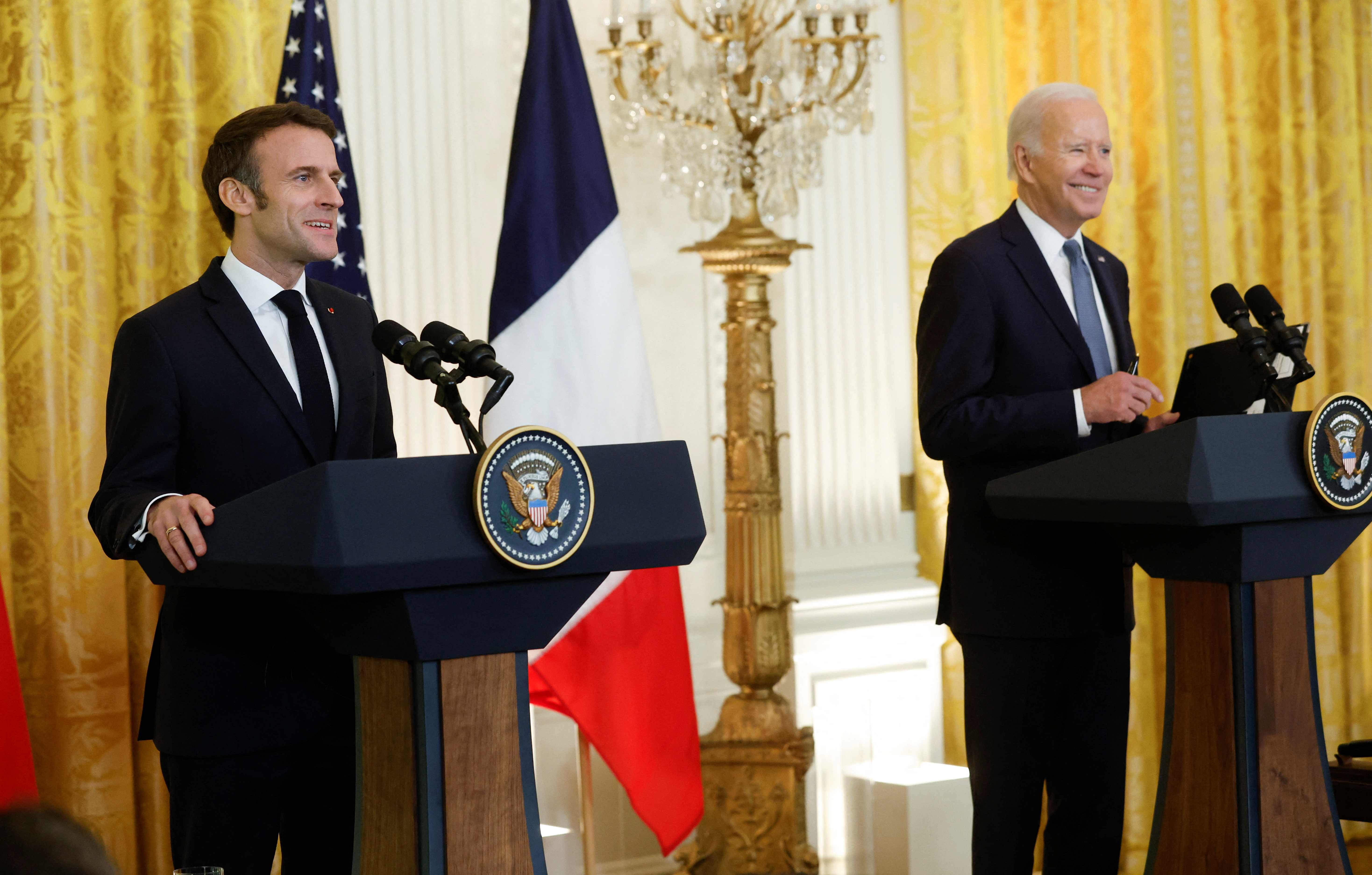 U.S. President Joe Biden said that new laws that give incentives for domestic production of computer chips and renewable energy parts were never intended to exclude European allies and could be tweaked.

Speaking with French President Emmanuel Macron at a joint press conference at the White House, Biden said “There are tweaks that we can make that can fundamentally make it easier for European countries to participate and/or be on their own.”

Biden did not detail what tweaks could be made and legislative options may be slim. There is little appetite on Capitol Hill to reopen fiercely-debated bills, and since they passed this summer Republicans, who are unlikely to take steps to please the Democratic president, have gained control of the House.

However, France is pressing the White House to use executive powers to loosen some of the incentives in the Inflation Reduction Act, a French government source told Reuters on condition of anonymity. The climate bill that favors domestic production could possibly restrict trade, European countries say.

“Exactly what that mechanism could be, whether there is an executive path through regulation, whether the way the IRA is implemented or if it’s going to require legislative action is not exactly clear to me,” said Democratic U.S. Senator Chris Coons, speaking to Reuters outside the U.S. Senate chamber on Thursday.

“There are several options that I am discussing with colleagues but it’s not something that we are going to do this week,” Coons said.

The United States and France also announced on Thursday the formation of joint task force between the Unites States and the European Union to deal with trade disputes around clean energy issues emerging from the act.

Europe’s industry fears that the bill, which gives tax credit for each eligible renewable energy component produced in a U.S. factory, would take away potential investment from the continent.

The IRA, which was signed into law in August, also provides a tax credit of 30% of the cost of new or upgraded factories that build renewable energy components.

“We’re going to continue to create manufacturing jobs in America but not at the expense of Europe,” Biden said.

Macron told reporters that he was encouraged by his talks with Biden and is hopeful of a fair resolution.

“We agreed to resynchronize our approaches, our agendas in order to invest in critical emerging industries. Semi-conductors, batteries, hydrogen,” Macron said.