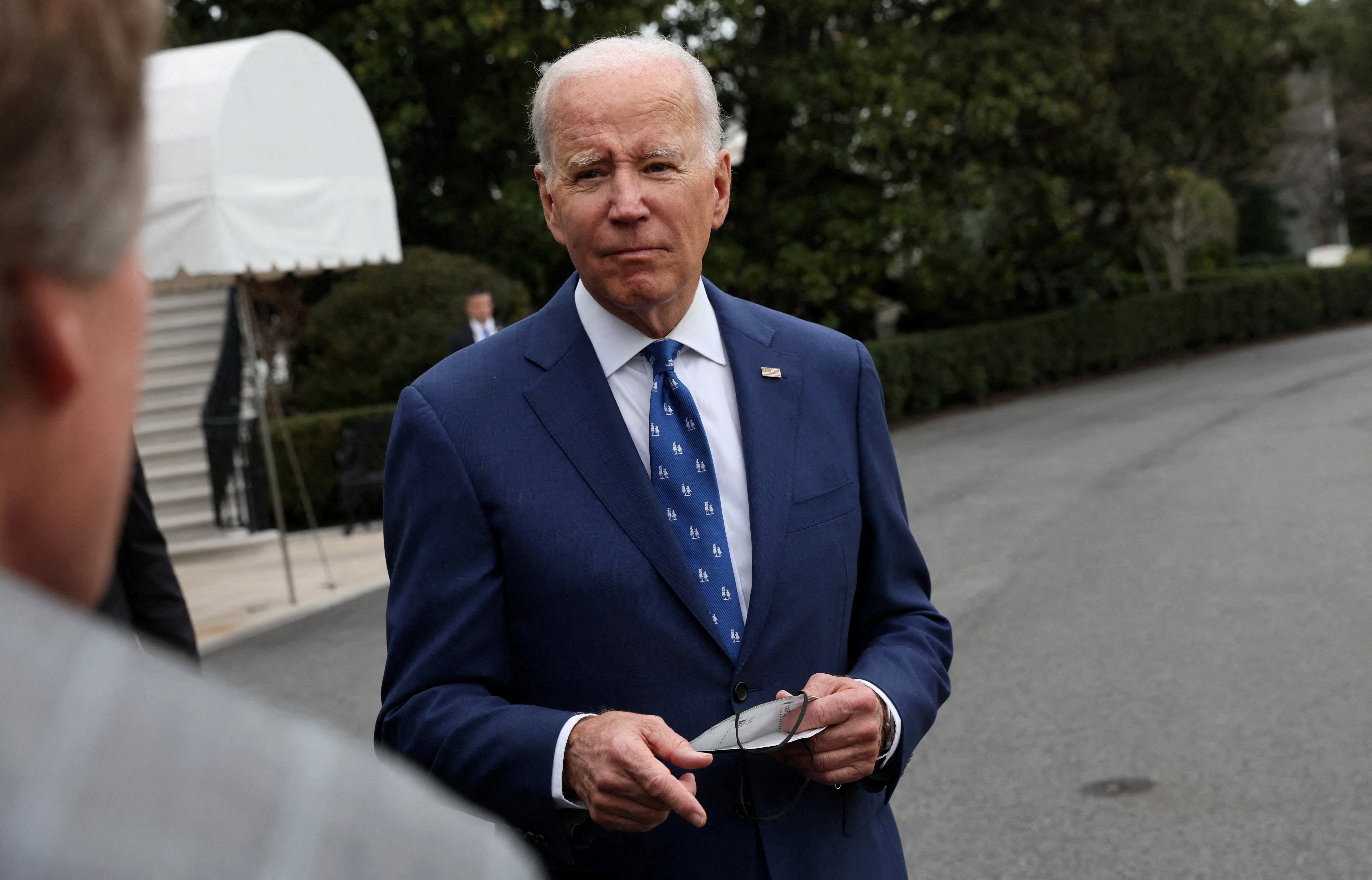 U.S. President Joe Biden speaks to the news media before boarding Marine One for travel to Kentucky from the South Lawn of the White House, in Washington, U.S., January 4, 2023. REUTERS/Leah Millis

U.S. President Biden criticized House Republicans who have taken control of Congress for backing tax measures that he said would benefit the wealthy at the expense of middle class taxpayers, and make inflation worse.

The Republican-controlled House passed a bill Monday night that would slash tens of billions of funding dollars for the Internal Revenue Service (IRS). The measure is not expected to pass the Senate, where Democrats are the majority, and Biden vowed to veto it even if it did.

As part of the Inflation Reduction Act, passed on party lines last year, Democrats provided money to hire 87,000 new IRS agents who would focus on wealthy taxpayers with complicated returns. The new agents are expected to bring in additional revenue as they scrutinize the returns.

The nonpartisan Congressional Budget Office, which analyzes bills for lawmakers, reported in an analysis on Monday that the Republicans’ IRS measure would raise the deficit by $114 billion.

“House Republicans campaigned on inflation. They didn’t say if elected their plan was to make inflation worse,” Biden told reporters. “Well, let me be very clear: If any of these bills make it to my desk, I will veto them.”