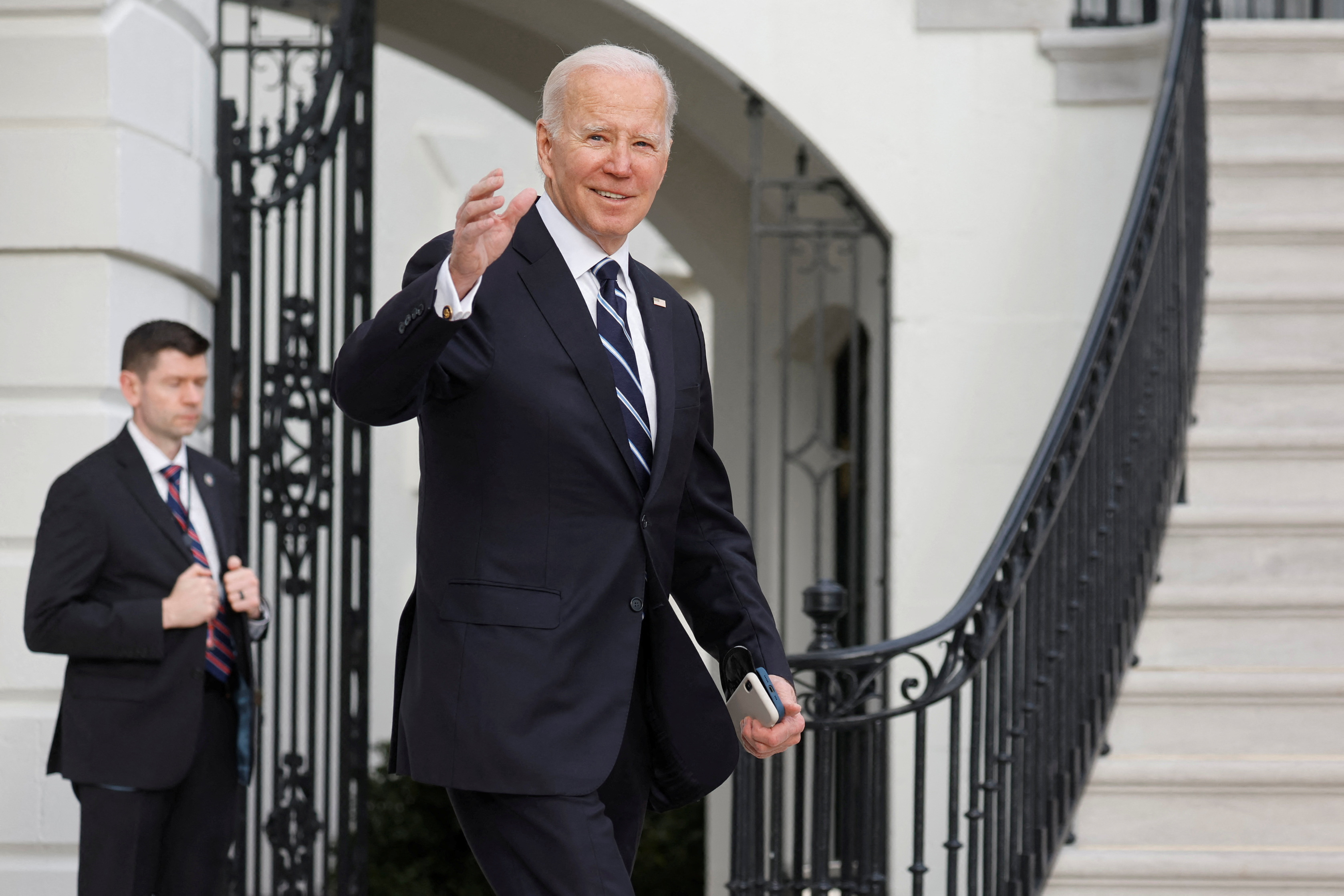 U.S. President Joe Biden departs the White House to board the Marine One helicopter for travel to Delaware from the White House in Washington, U.S. January 13, 2023. REUTERS/Jonathan Ernst

President Joe Biden is turning to a longtime Democratic problem-solver, lawyer Bob Bauer, to manage his response to a U.S. special counsel’s investigation into his handling of classified material after the discovery of documents at his private office and home.

Bauer will serve as Biden’s personal lawyer during a probe by U.S. Special Counsel Robert Hur, a former U.S. attorney in Maryland who was tapped by Attorney General Merrick Garland on Thursday to examine whether classified documents had been improperly removed or retained.

A spokesperson for Bauer confirmed that he is representing Biden but declined further comment. The White House has said the documents were “inadvertently misplaced” and that it is cooperating fully but has declined to respond to detailed questions on the investigation.

The pick shows Biden circling the wagons, relying on a trusted inner circle that has guided much of his recent political career to beat back political and legal fallout from the investigation, which comes as he weighs running for re-election in 2024.

Republicans, who now control the House of Representatives, are eager to paint Biden’s administration as scandal-plagued as former President Donald Trump, who has announced his 2024 candidacy, faces investigations and lawsuits over classified documents, election fraud and tax payment.

Biden had turned to Bauer, now a law professor at New York University, for help in deciding whether to seek the presidency in 2020. Bauer subsequently served as a senior adviser to Biden’s campaign, leading an army of lawyers who monitored voting access and fought off legal challenges from Trump, Biden’s Republican opponent. Bauer also played the role of Trump in Biden’s debate preparation.

Bauer won praise for managing the rocky period from the election to the announcement of a victor four days later and then through the presidential transition, when Trump refused to concede defeat and pursued novel and unsuccessful legal challenges to prevent Biden from taking office.

Bauer has long been a fixture in Democratic legal circles, representing both of President Barack Obama’s presidential campaigns and serving as Obama’s White House counsel from 2009 to 2011. While working as the Obama campaign’s general counsel in 2008, Bauer helped vet Biden as Obama’s pick for vice president.

In those years, he also became close with Biden and supported his efforts to consider a 2016 bid for the presidency even as others in the administration favored former Secretary of State Hillary Clinton, the eventual Democratic nominee.

Biden, grieving the 2015 death of his son Beau, ultimately declined to run in 2016 after consultation with a small group including Bauer. Clinton lost to Trump, and Biden mounted a bid four years later.

“He looks and has the temperament of the college professor and he’s a hard-as-nails litigator and strategist,” NYU law professor Samuel Issacharoff, who worked under Bauer on both Obama campaigns, told Reuters in 2020.

Bauer retired from Perkins Coie in 2018 to focus on his teaching, but continued representing some clients in an individual capacity.

He is married to Anita Dunn, another Biden confidant and senior White House adviser. Dunn is a key architect of Biden’s communications strategy who has helped with personnel decisions and crafting a message to counter Republican opponents.

Bauer will now work with White House lawyers as Biden responds to the special counsel’s investigation. Documents with classified markings were found both at Biden’s personal office at a Washington think tank and in a garage at his Delaware home in recent months.