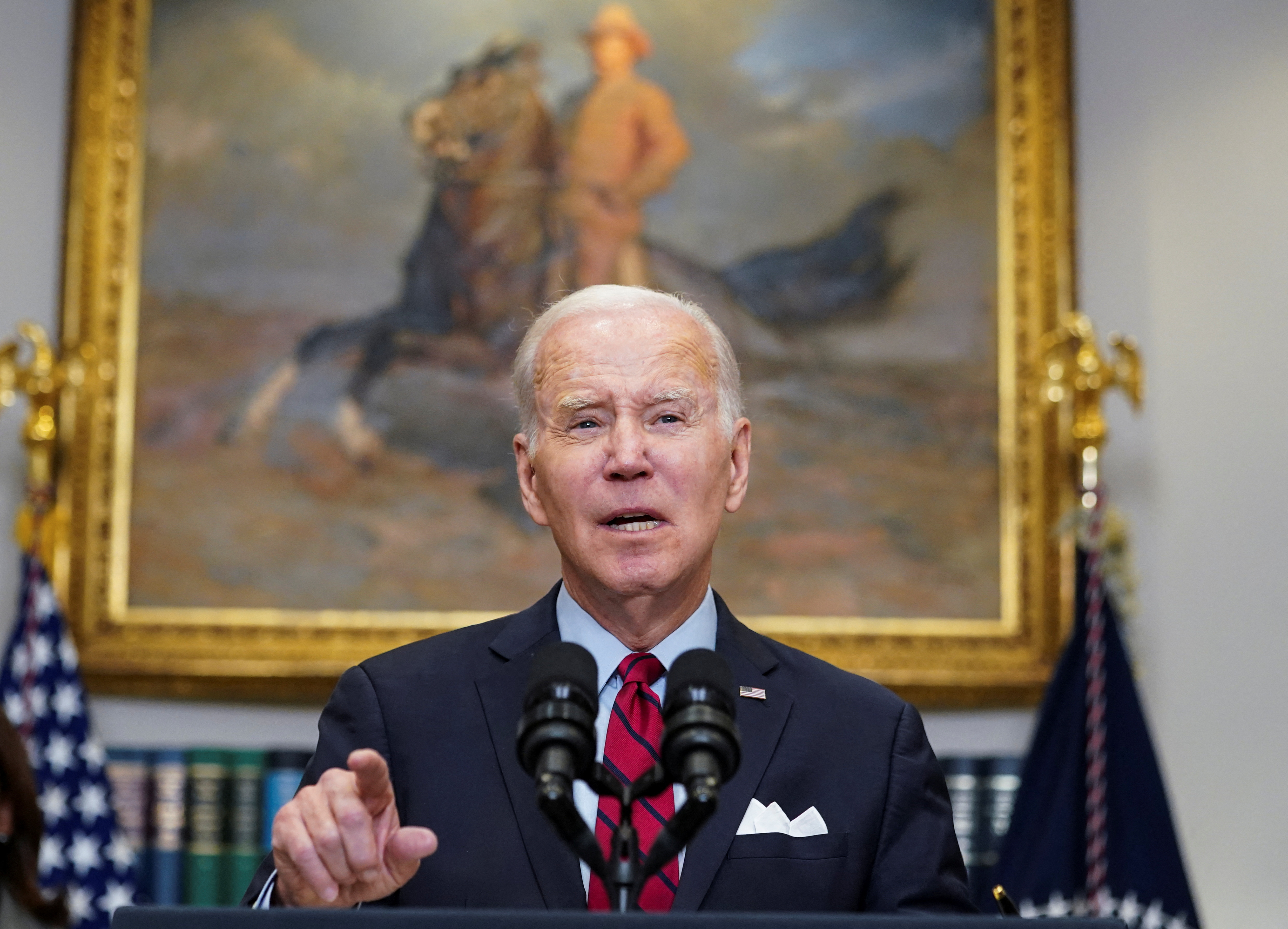 U.S. President Joe Biden will award the Presidential Citizens Medal to 12 people on Friday during a ceremony at the White House to mark two years since the Jan. 6, 2021, attack on the U.S. Capitol, a White House official said.

The award, one of the country’s highest civilian honors, will be given to law enforcement officers, election workers and state and local officials, the official said.

Biden will also deliver remarks on Friday on the second anniversary of the U.S. Capitol attacks, in which supporters of then-President Donald Trump stormed the building in a failed bid to block Congress from certifying the 2020 election outcome.

The attacks followed weeks of false claims by Trump that he had won the 2020 elections.

News of the award recipients comes as a group of far-right Republicans in the House of Representatives, many who supported Trump’s false election claims, block their party’s attempts to elect a speaker, angering fellow Republicans. The White House plans to highlight distinctions between what Biden calls “extremists” in the opposition party and other Republicans in the months ahead.

Honorees include former Arizona House Speaker Rusty Bowers and Michigan Secretary of State Jocelyn Benson, who resisted pressure to overturn the 2020 election results in their states, Capitol Police officer Eugene Goodman, who diverted rioters from the Senate floor while members were evacuating, Georgia election worker Ruby Freeman who has recently been targeted by Trump on social media and other election and police officials who faced threats and suffered injuries, the White House official added.

Five people died and more than 140 police officers were injured in the attack. A bipartisan U.S. House panel investigating the attack said last month that Trump should face criminal charges for his role in sparking the siege.

About 900 people have been charged so far with taking part in the riot, producing about 470 guilty pleas, according to a tally released recently by the Justice Department, which is conducting its own investigation into the attacks.