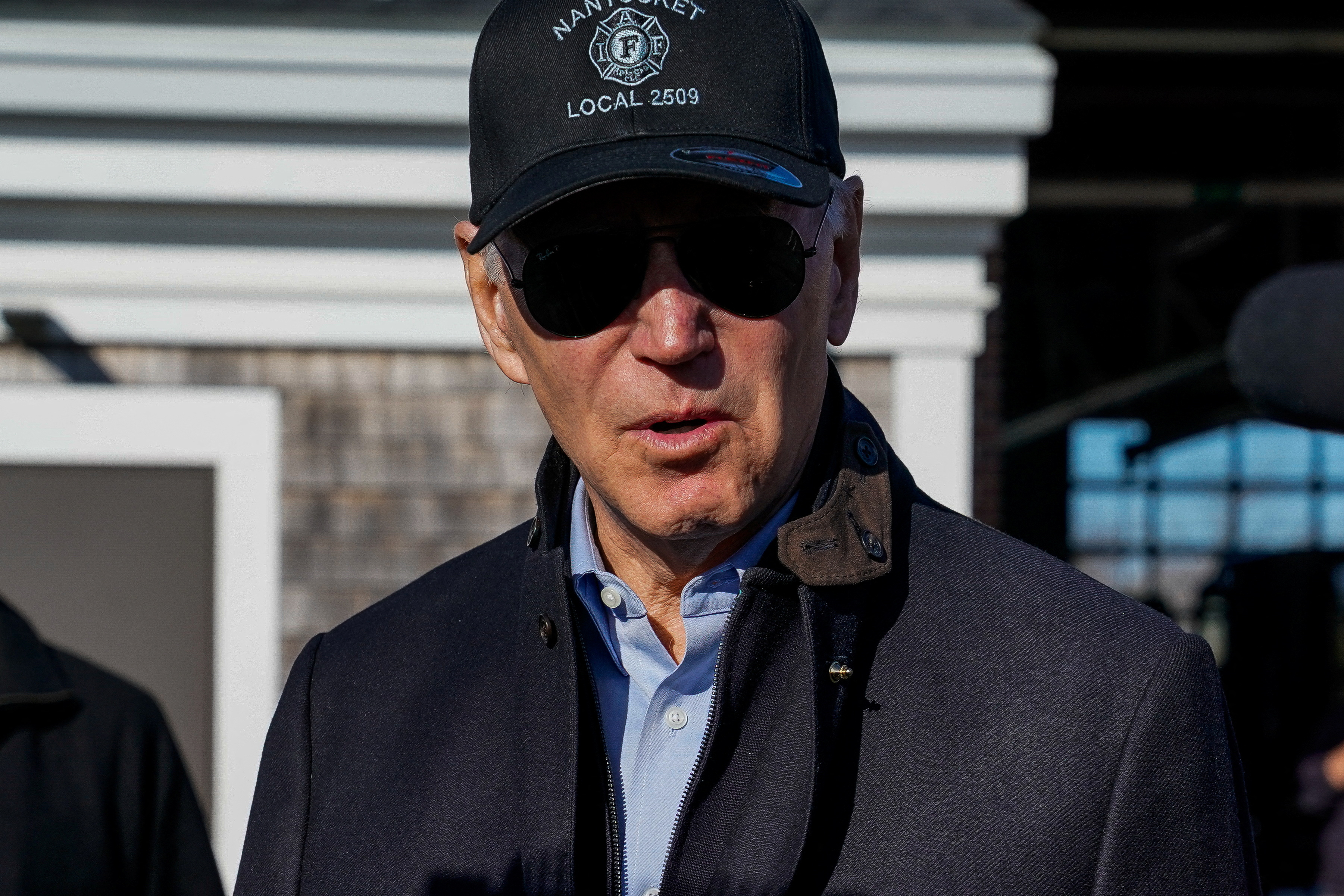 U.S. President Joe Biden speaks to reporters during a visit to a fire station on Thanksgiving in Nantucket, Massachusetts, U.S., November 24, 2022. REUTERS/Elizabeth Frantz

President Joe Biden will appear on Wednesday at a national vigil for victims of gun violence as he turns up the heat on Congress to go along with his wish for a ban on assault weapons.

Congress has shown little inclination to outlaw assault weapons since a ban on such weapons expired in 2004, but Biden is hoping to use growing American outrage about mass shootings to lead to greater pressure on lawmakers to change their mind.

“Far too many Americans are losing their lives and loved ones to gun violence,” said White House press secretary Karine Jean-Pierre. “We are seeing communities being broken up families, being destroyed because of gun violence.”

As to whether Biden was gauging how much support an assault weapons ban would have in Congress, Jean-Pierre said: “I don’t have any determination to share with you at this time.”

The two-hour candlelight vigil, organized by the “Newtown Action Alliance,” takes place a week before the 10th anniversary of the Sandy Hook elementary school shooting, where 20 first-graders and six adults were murdered by a gunman with a semiautomatic rifle in Newtown, Connecticut.

Biden has made banning so-called assault weapons a rallying cry for his gun safety agenda after pushing through Congress a law that includes provisions to help states keep guns out of the hands of those deemed to be a danger to themselves or others.

Congress remains in the hands of Biden’s Democrats for just a few more weeks, before Republicans take command of the House of Representatives in early January, and can control which bill to bring to the floor. The Senate remains in Democratic control.