Lawyers for BlockFi, the first direct casualty of crypto exchange FTX’s collapse, made their initial appearance in U.S. bankruptcy court on Tuesday, emphasizing that the U.S. cryptocurrency lender was “the antithesis of FTX.”

BlockFi attorney Joshua Sussberg told the court in Trenton, New Jersey, that unlike FTX – which entered bankruptcy earlier this month and told of efforts to find missing assets and pointed to a complete failure of corporate controls – BlockFi had mature and consistent leadership, hired the right experts, and implemented the right procedures and protocols.

“This is completely, 180 degrees, a different story,” Sussberg said, before giving U.S. Bankruptcy Judge Michael Kaplan an overview of the crypto industry and BlockFi’s history.

BlockFi, which filed for Chapter 11 protection on Monday, is asking Kaplan for the authority to continue paying employees, maintain bank accounts, and other measures needed to continue its day-to-day operations during its bankruptcy case.

Founded by fintech executive-turned-crypto entrepreneur Zac Prince and Flori Marquez, the company has said its bankruptcy stemmed from its substantial exposure to FTX and broader turmoil in crypto markets.

FTX had extended a $400 million lifeline to BlockFi in July, but the Bahamas-based exchange spectacularly imploded just days after BlockFi asked it for additional financing on Nov. 8.

Earlier in November, BlockFi paused withdrawals from its platform amid uncertainty about FTX’s stability.

FTX did not immediately respond to a request for comment on Monday.

In a court filing on Monday, BlockFi said it owes money to more than 100,000 creditors. It listed FTX as its second-largest creditor, with $275 million owed on a loan issued earlier this year.

BlockFi listed its assets and liabilities as between $1 billion and $10 billion. The company sold a portion of its crypto assets earlier in November to fund its bankruptcy, and it entered bankruptcy with $256.5 million in cash on hand.

Two of BlockFi’s largest competitors, Celsius Network and Voyager Digital , filed for bankruptcy in July, citing extreme market conditions that had resulted in losses at both companies.

BlockFi said it too suffered during that period of volatility, but the FTX loan had helped keep it afloat while its rivals went bankrupt.

BlockFi has proposed an initial restructuring plan that offers two paths out of bankruptcy.

Its Chapter 11 plan envisages that BlockFi Wallet customers would be paid back in full and other account holders and creditors would receive a mixture of cryptocurrency, cash, and new equity shares.

The plan also includes an option for a sale of the company. 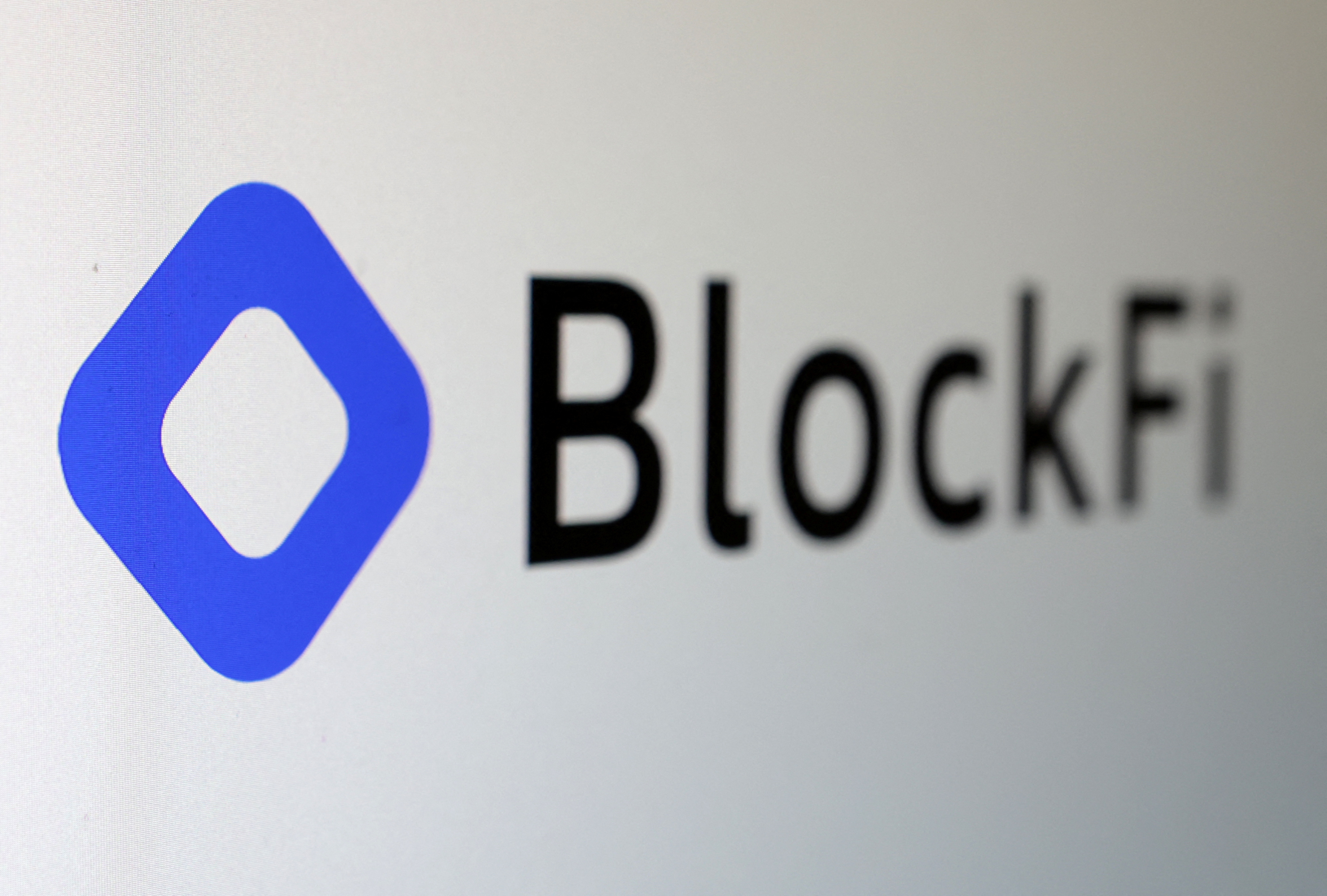 BlockFi logo is seen in this illustration, November 28, 2022. REUTERS/Dado Ruvic/Illustration 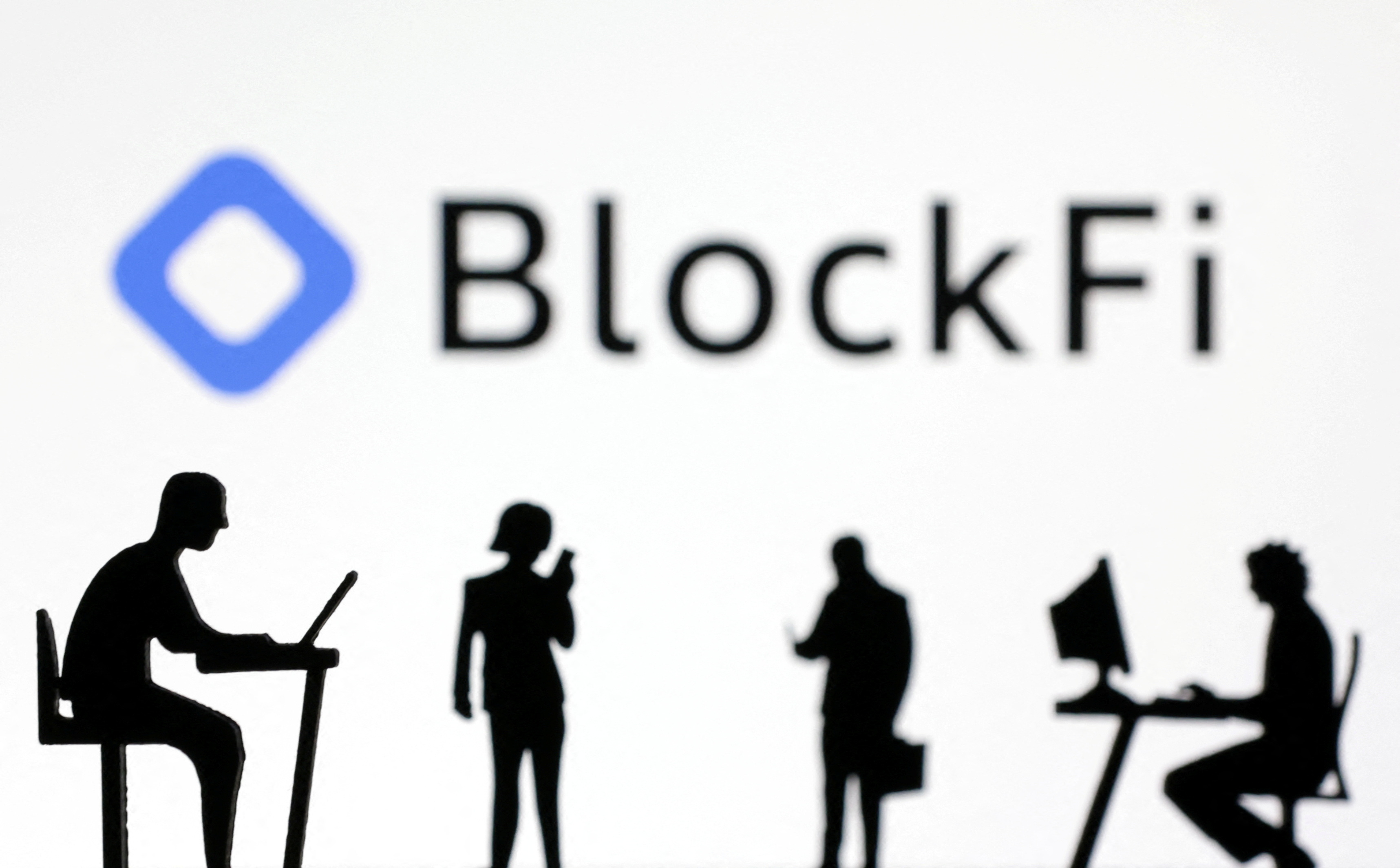 Figurines with smartphones and computers are seen in front of the BlockFi logo in this illustration, November 28, 2022. REUTERS/Dado Ruvic/Illustration