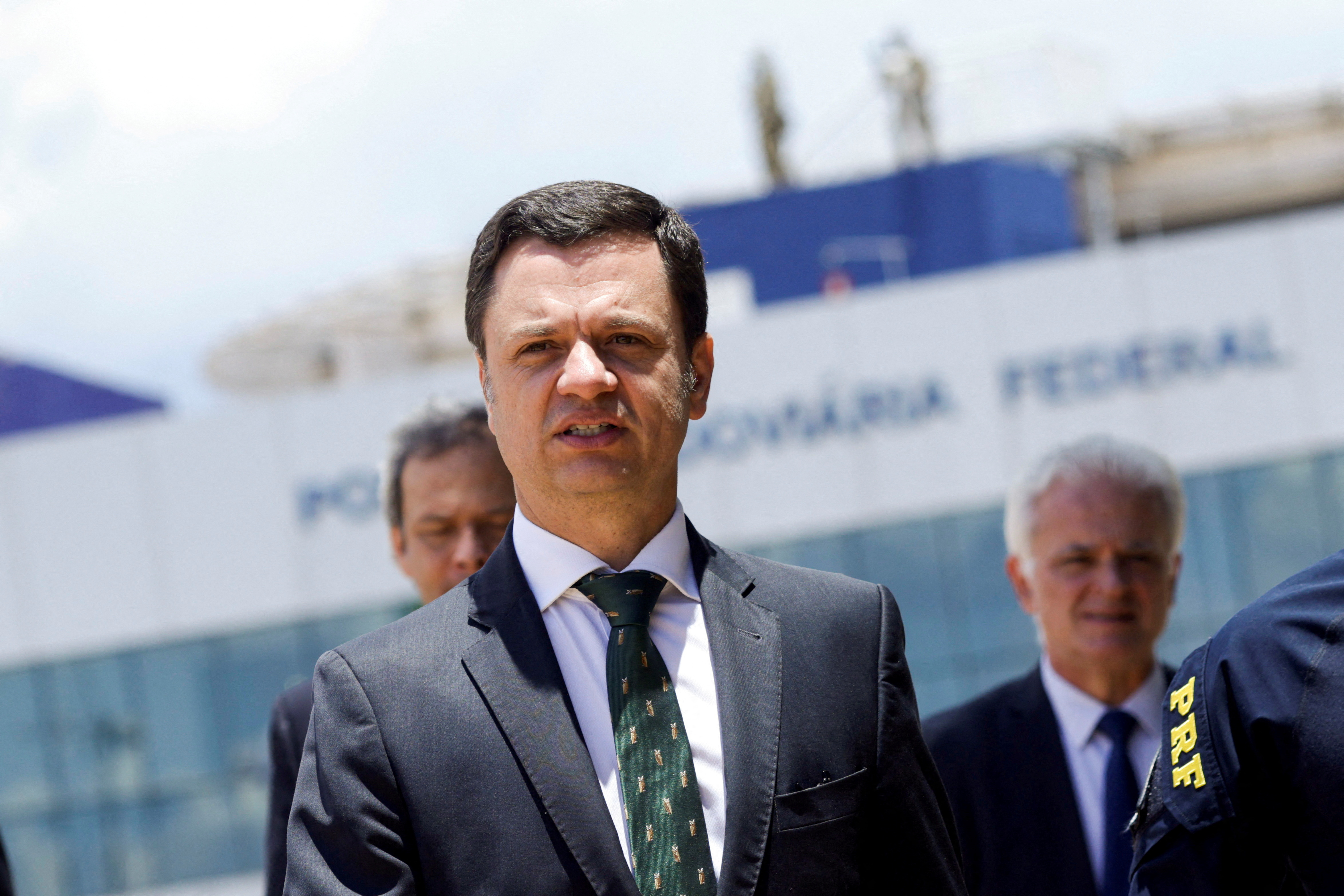 Brazil’s Minister of Justice and Public Security Anderson Torres walks on the day of a news conference at Headquarters of the Federal Highway Police in Brasilia, Brazil, Brazil October 28, 2022. REUTERS/Adriano Machado/File Photo

Brazilian police found a draft decree in the home of former President Jair Bolsonaro’s justice minister that appears to be a proposal to interfere in the result of the October election he lost, two people familiar with the investigation said on Thursday.

The proposed decree, elaborated after Bolsonaro’s narrow defeat by President Luiz Inacio Lula da Silva, would establish an emergency “state of defense” for the national election authority, the Superior Electoral Court (TSE), opening the door to altering the result, the sources said.

The document was found on Tuesday when police searched the home of Anderson Torres, who became security chief for Brasilia after Lula took office on Jan. 1, the people said.

A Supreme Court justice ordered the arrest of Torres in connection with the security failures that allowed Bolsonaro supporters to storm government buildings on Sunday trying to provoke a military coup that would oust Lula.

The discovery of the document was first reported by Brazilian newspaper Folha de S. Paulo.

Torres, who left Brazil for Florida after becoming Brasilia security chief, said on social media that the reported document was likely among others in a stack being thrown out and was “leaked” in his absence to create a “false narrative.”

“I respect Brazilian democracy. My conscience is clear regarding my actions as minister,” Torres wrote.

Analysts said the measures proposed in the document would amount to an unconstitutional conspiracy to meddle in the election.

A lawyer for the former justice minister, Demostenes Torres told Reuters he was not aware of the document, but noted that it was “impossible” to change the election result.

The lawyer said his client would return to Brasilia on Friday to prepare his defense against the arrest warrant relating to Sunday’s insurrection in the capital.

The document was ready for presidential signature, the source told Reuters, requesting anonymity to discuss an ongoing investigation.

Bolsonaro, who also flew to Florida 48 hours before his term ended, has still not conceded defeat by Lula.

He briefly posted a video this week on social media suggesting Lula had in fact lost the election. In the run-up to the election, Bolsonaro insisted that Brazil’s electronic voting system was vulnerable to fraud, although he has never provided evidence to support his claims.