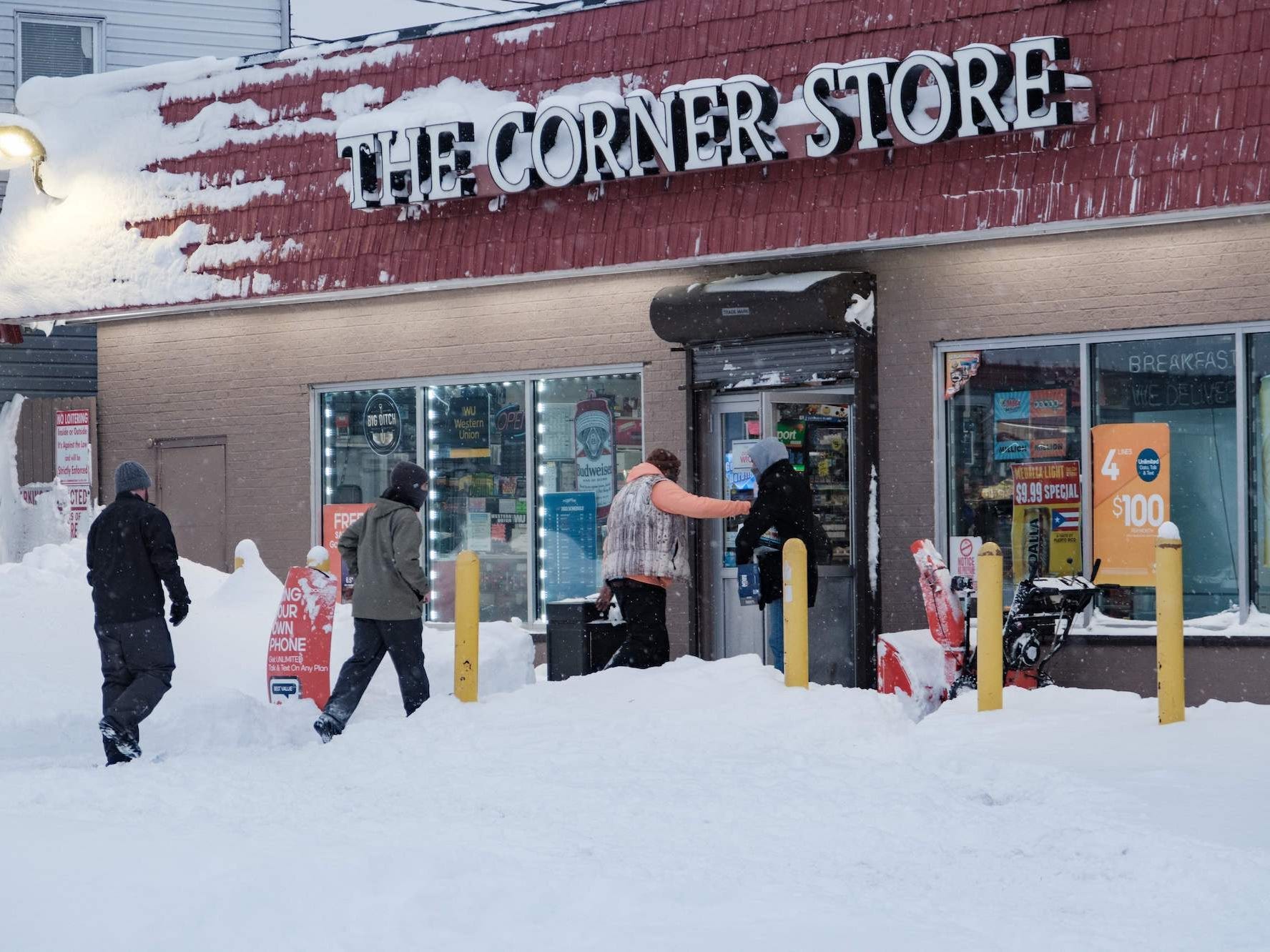 As Buffalo emerges from a harrowing winter storm that has killed dozens of people and trapped several residents in their homes without heat, many are struggling to find basic necessities at grocery stores.

With roads clearing and companies reopening, the surge of demand has left many stores in the Western New York city unable to keep shelves stocked, according to local outlets. The response to the storm, as well as a pronounced lack of access to essential goods among working class communities of color, also has exacerbated disparities in class and the racial divide in one of the nation’s poorest cities.

“We came out just to pick up a couple items. Unfortunately they ran out of lunch meat, brown beef, bread, but hopefully we can find everything we want,” Carl Phillips and Sandra Jackson told WIVB Buffalo. “There is some items left here, but not very much, you just grab what you can and be thankful.”

“There’s a lot of empty … especially the fresh stuff, produce, bread, but it seems like everything else is picking up,” Tony Pecoraro, another Tops shopper, told WIVB Buffalo.

Working class communities of color especially are having a difficult time finding groceries and essentials, as the storm has shed light on persistent structural inequality in the city, including inadequate housing, food desserts, and lack of government funding, according to The Washington Post.

Of the 39 people reported dead from the storm, 31 hailed from Buffalo, a majority of which were people of color found outside or trapped in cars, the Post reported.

“This area is so heavily impacted by these systemic issues, and it’s largely because of poverty,” Al Robinson, a Christian leader in Buffalo who helped house residents displaced by the storm in his church, told The Washington Post. “And impoverished people happen to be people of color.”