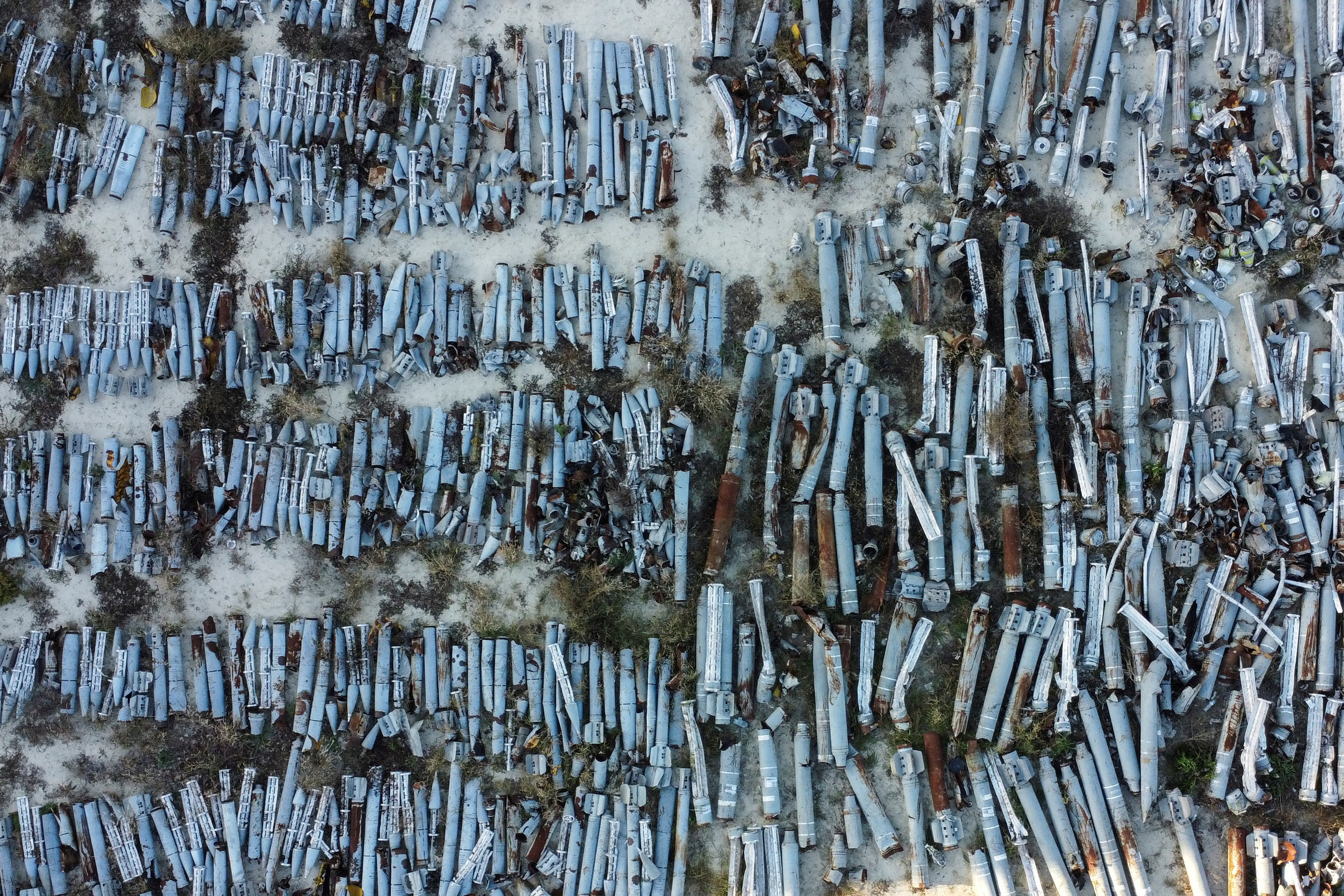 A view shows remains of MLRS shells used by Russian troops for military strikes of the city and collected by sappers in Kharkiv, Ukraine November 29, 2022. REUTERS/Vitalii Hnidyi

Russia is turning to decades-old ammunition with high failure rates as it burns through its stockpiles to carry out its nearly 10-month-old invasion of Ukraine, a senior U.S. military official said on Monday.

“They have drawn from (Russia’s) aging ammunition stockpile, which does indicate that they are willing to use that older ammunition, some of which was originally produced more than 40 years ago,” the official said, speaking on condition of anonymity.

The United States accuses Russia of turning to Iran and North Korea for more firepower as it exhausts its regular supplies of ammunition.

The senior U.S. military official assessed that Russia would burn through its fully-serviceable stocks of ammunition by early 2023 if it did not resort to foreign suppliers and older stocks.

“In other words, you load the ammunition and you cross your fingers and hope it’s going to fire or when it lands that it’s going to explode,” the official said.

Iran has transferred drones to Russia for use in Ukraine, U.S. and Ukrainian officials say. Moscow is also attempting to obtain hundreds of ballistic missiles from Iran and offering Tehran an unprecedented level of military and technical support in return, Britain’s envoy the United Nations said on Friday.

Barbara Woodward also said Britain was “almost certain that Russia is seeking to source weaponry from North Korea (and) other heavily sanctioned states, as their own stocks palpably dwindle.”

Iran last month acknowledged it had supplied Moscow with drones, but said they were sent before the war in Ukraine. Russia has denied its forces used Iranian drones to attack Ukraine and has denied North Korea was supplying it weapons.