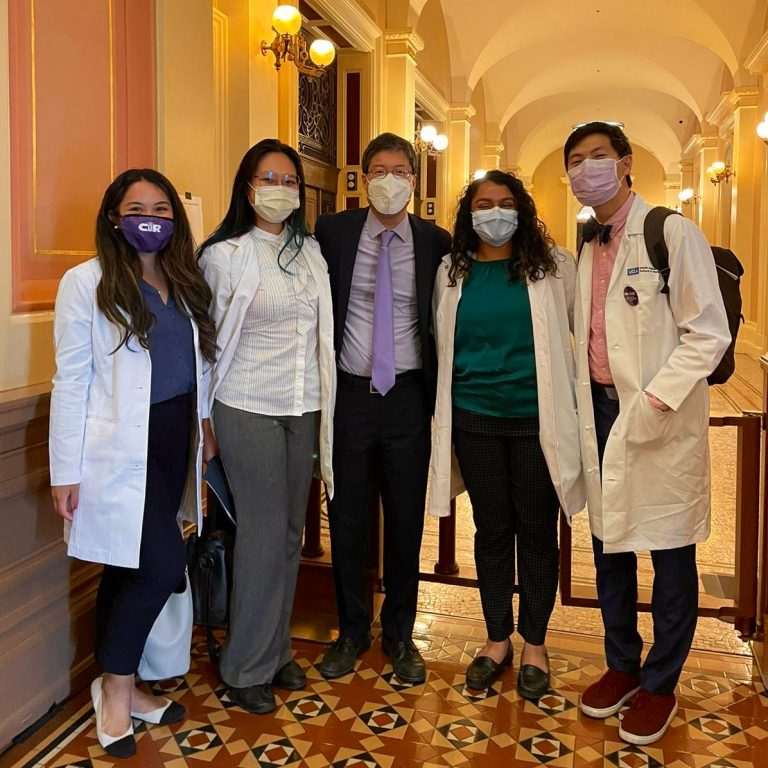 A former California state senator whose proposal to mandate coronavirus vaccines for school children was too radical for the progressive state legislature is now consulting with the American Medical Association.

Dr. Richard Pan will join the AMA’s Medical Education Group, where he will consult on the organization’s standards for universities’ medical training programs. Pan, a pediatrician, made waves this year with a proposal to vaccinate all school-aged children in the state against COVID-19, without exemptions for personal beliefs. His plan, which he introduced before the FDA fully approved the shots, went even further than California Gov. Gavin Newsom’s (D.) first-in-the-nation attempt to order blanket immunizations for California kids. The largest doctors’ lobby in the country, the AMA sets professional and ethical standards for physicians and shapes federal healthcare policy.

Pan’s appointment comes amid growing politicization at the AMA, which doled out nearly $19.5 million in political contributions last year. The Liaison Committee on Medical Education, which the group cosponsors, last year declared meritocracy to be “malignant” and said that race has “no genetic or scientific basis.” These claims followed the release of a coauthored guide on “advancing health equity,” which calls the “‘free’ market” a euphemism and touts intersectionality.

In November, Pan termed out of the state Senate seat that he held since 2014. He practiced medicine throughout his tenure as a lawmaker and has stayed active in the AMA for years. Since 2017 he has served as a California delegate to the group, and formerly served as a member of the association’s Council on Medical Education. The AMA did not comment.

Pan’s COVID vaccine proposal came after some of the state’s largest districts—including Los Angeles Unified—put their own mandate plans on pause amid low uptake rates among black and Latino kids. Districts like Los Angeles Unified wanted to move unvaccinated students back into online classrooms where many students languished during California’s record-breaking school closures. Judges struck down these mandates, however, and Los Angeles Unified agreed this summer not to appeal a court order.

Pan withdrew his bill in April amid lack of support from his colleagues and the state’s low vaccination rates among kids. He also acknowledged the shots weren’t blocking new variants.

But his stance was in line with the AMA’s. The group strongly endorsed the COVID shot for kids, declaring it “imperative that all parents in all jurisdictions have access to the vaccine for infants and children, and we are hopeful that millions more children will receive the vaccine in the coming weeks and months—reducing their risk of COVID-19 infection, hospitalization, and death.”

Their approach contrasts with the caution seen in other Western countries when it comes to inoculating children. European health agencies have backed off recommending shots for kids, who don’t tend to suffer severely from COVID. The United Kingdom is limiting the shots for the 5-11 age group. Finland isn’t vaccinating kids under 5 and only recommending immunization for high-risk children aged 5-11. Denmark does not recommend shots for anyone under 18.

As a legislator, Pan was likewise outspoken on what he deemed to be medical misinformation on social media and introduced different plans to curb misinformation’s spread. Newsom vetoed Pan’s latest proposal, which would have made companies disclose how their algorithms work, as redundant because of another bill.

Pan himself was a victim of threats and attacks from angry vaccine skeptics in the state after he successfully axed personal belief exemptions for 10 childhood vaccines required by California public schools, a move that drove an attempted recall. Time named him a hero of vaccine history in 2015.