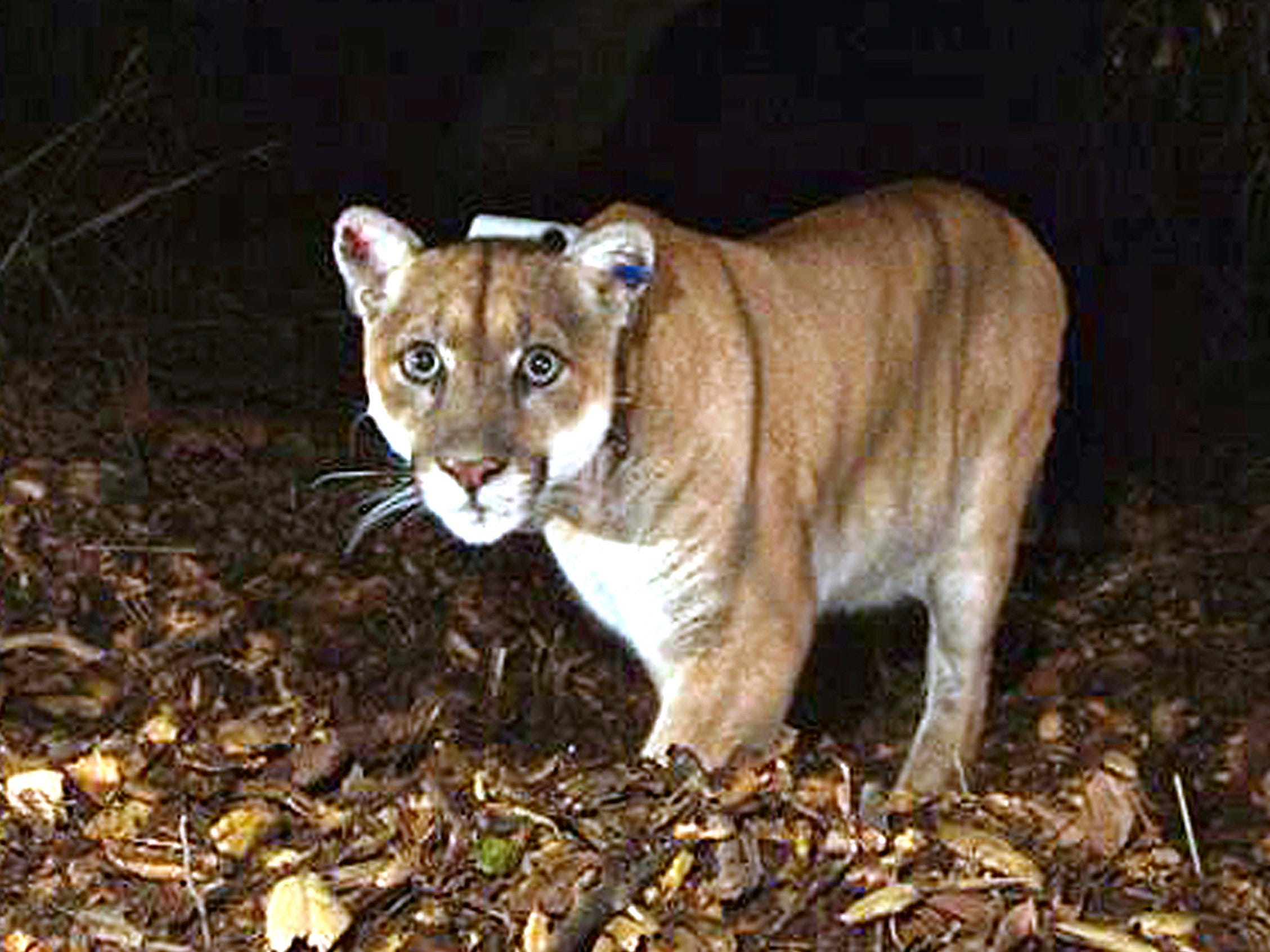 P-22 — who spent much of his life at Griffith Park in Los Angeles — had been captured on Monday following suspicions that he was “exhibiting signs of distress,” the California Department of Fish and Wildlife announced.

The distress signals included the killing of a leashed Chihuahua in the Hollywood Hills on November 9, CDFW said in a statement. P-22 attempted to kill a second Chihuahua on December 8. 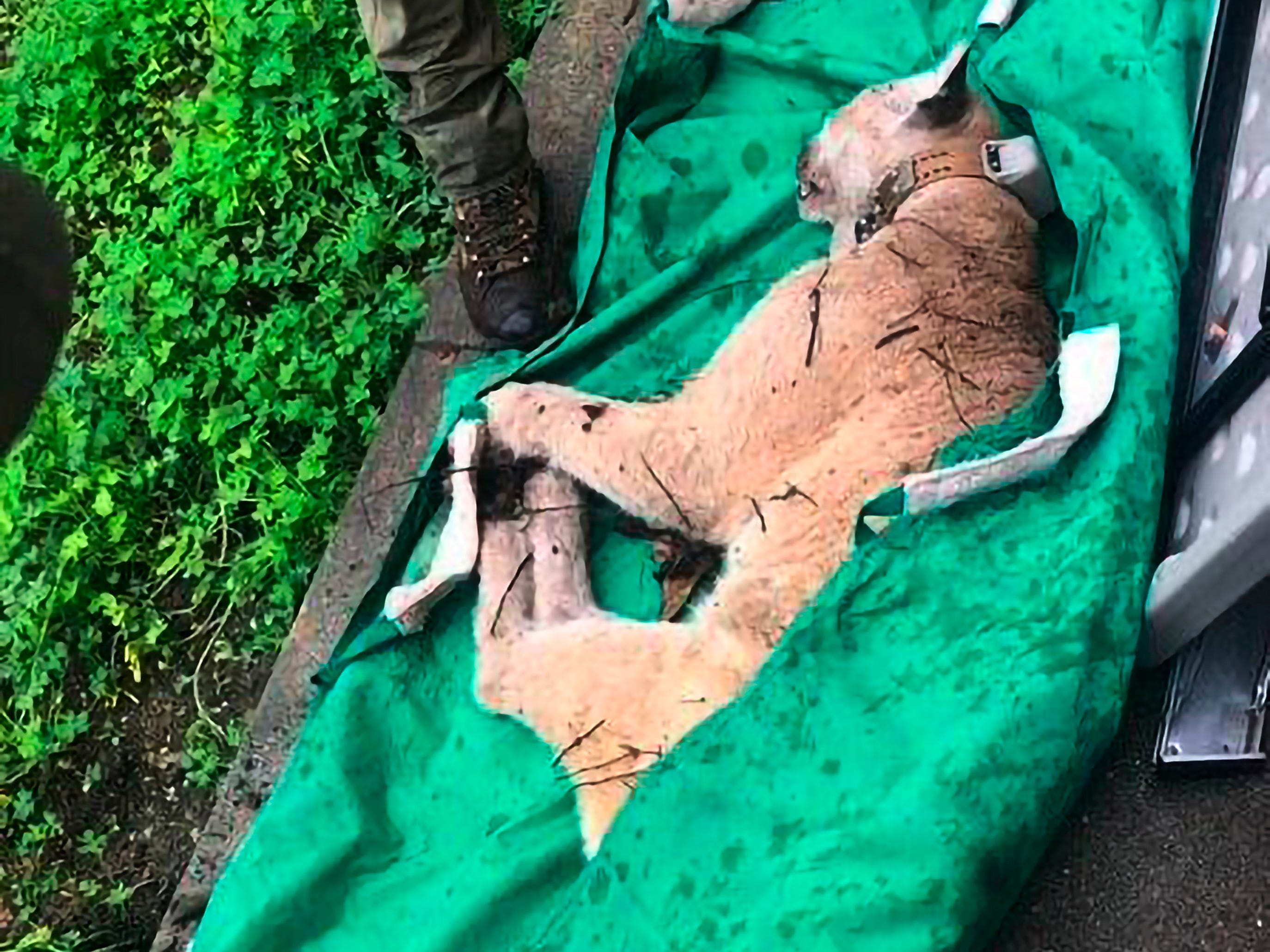 This photo provided by The California Department of Fish and Wildlife (CDFW) shows a mountain lion known as P-22, that is transported to a wild animal care facility for a full health evaluation on Monday, Dec. 12, 2022 in the Hollywood Hills. P-22, the celebrated mountain lion that took up residence in the middle of Los Angeles and became a symbol of urban pressures on wildlife, was euthanized after dangerous changes in his behavior led to examinations that revealed poor health and an injury likely caused by a car.

The California Department of Fish and Wildlife, via AP File

Following P-22’s capture, a series of tests on the mountain lion revealed that he sustained trauma to his head, right eye, and internal organs as a result of a vehicle strike. The tests also showed the mountain lion suffered from multiple ailments, including kidney disease, a significant loss of weight, arthritis, and a parasitic skin infection all over his body.

“P-22’s advanced age, combined with chronic, debilitating, life-shortening conditions and the clear need for extensive long-term veterinary intervention left P-22 with no hope for a positive outcome,” a statement from the CDFW said. “His poor condition indicated that he may also have had additional underlying conditions not yet fully characterized by diagnostics.”

California Gov. Gavin Newsom reacted to the news on Twitter, writing that P-22 helped “inspire a new era of urban conservation” in the state of California.

California Rep. Ted Lieu wrote “Rest in Peace” on Twitter, while his colleague, California Rep. Adam Schiff wrote that he was “heartbroken” by the news of P-22’s death.

“He was our favorite celebrity neighbor, occasional troublemaker, and beloved L.A. mascot,” Schiff wrote on Twitter. “But most of all he was a magnificent, wild creature, who reminded us that we are part of a natural world much bigger than ourselves.

Actress Valerie Bertinelli shared a heartbreak emoji on Twitter in response to the news.

P-22, who has been key to mountain lion research in the area, was likely born in the Santa Monica Mountains. He was able to cross the 101 and 405 freeways and settle in Griffith Park — now the smallest range for an adult mountain lion ever recorded, according to the National Park Service.

A local celebrity in his own right, the cat was known for traversing LA neighborhoods and sometimes causing mischief. P-22 made headlines for hiding under a home in Los Feliz, was blamed for the killing of a koala at the Los Angeles Zoo, and survived after being exposed to rat poison. 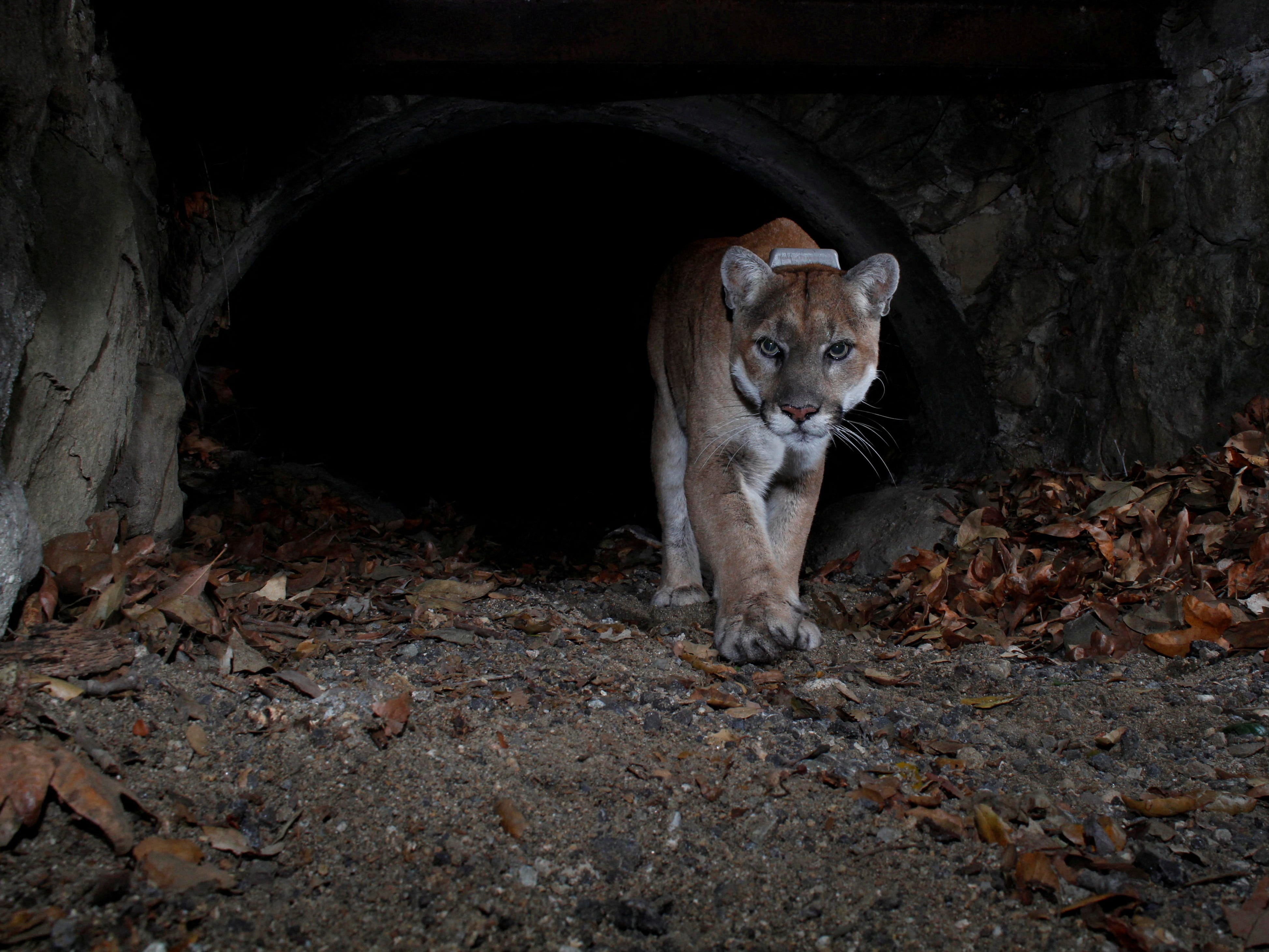 In a eulogy for the beloved cat, Beth Pratt, California executive director of the National Wildlife Federation, wrote that P-22 “never fully got to be a mountain lion” because of the lack of wildlife space he experienced living in the heart of Los Angeles.

“I hope his future is filled with endless forests without a car or road in sight and where deer are plentiful, and I hope he finally finds the mate that his island existence denied him his entire life,” Pratt wrote.

Home » Audio Sources - Full Text Articles » Mountain lion P-22 was ‘compassionately euthanized’ after showing signs of physical trauma. Here’s how he went from a trouble-making cat to a symbol of Los Angeles.
a