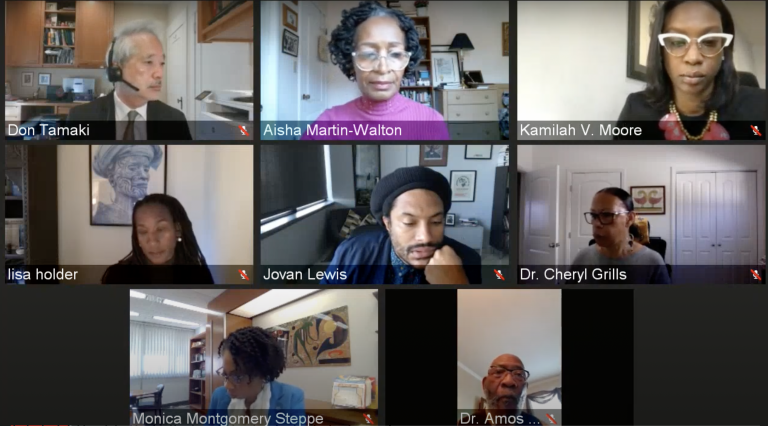 A California task force that voted last year to provide reparations to descendants of African slaves can’t seem to settle on a plan—or a number.

The California Task Force to Study and Develop Reparation Proposals for African Americans met Wednesday to discuss what taxpayers owe black Californians ahead of a July 2023 deadline. It will depend on the state legislature to implement the task’s force recommendations. But members of the body, which was established by a 2020 California law, seemed flummoxed as they discussed the particulars of their plan.

“We don’t yet know what the actual racial wealth gap in the state of California is,” noted task force member Jovan Scott Lewis.

He added that the commission is “limited by data in every instance,” which “limits our ability to give really clear guidance at this point.” And he asked advisers and others for help in finding the information they need to establish dollar amounts.

Outside economic advisers hired by the commission have already set categories that they believe some black Californians should be compensated for. The categories span from property seizures and devaluation of black businesses to housing discrimination, homelessness, and “mass incarceration and overpolicing.”

But the task force has yet to settle on time frames for each of these categories. Nor has it decided how many black California residents should be eligible—just that reparations need to go to descendants of slaves, or those who can prove lineage in the United States before 1900.

The task force has already had to temper expectations of a huge payout. Last week, the New York Times reported that the group’s economic advisers had floated more than half a trillion dollars as the maximum amount potentially owed for redlining and other discriminatory housing policies alone. The story went viral, forcing the task force to dismiss the Times report as “misinformation.”

However, the task force and Democratic leaders will have to keep their constituents happy. Nearly all the people who showed up or called in to comment were focused on reparations, recommending amounts from $5,000 to $350,000 to $5 million. The group will reconvene Thursday for a second day of discussions.

With California facing a $24 billion deficit next year, it’s unclear how state Democrats will proceed if they need to raise extra revenue for a reparations proposal. The California legislature needs a two-thirds supermajority to raise taxes. And while Democrats hold that supermajority, it’s not a given that all the party moderates would endorse a tax hike.

That could punt the measure to the electorate, where Latinos make up the majority and blacks account for 6.5 percent.

The post California’s Reparations Task Force Has Just Months to Release A Plan. It Can’t Even Settle On A Number. appeared first on Washington Free Beacon.

Home » Audio Sources - Full Text Articles » California’s Reparations Task Force Has Just Months to Release A Plan. It Can’t Even Settle On A Number.
a