Every autumn, the bears living along the western edge of the Bay pass through the sub-Arctic tourist town of Churchill, Manitoba, as they return to the sea ice. This has made the population not only the best studied group in the world, but also the most famous, with the local bear-viewing economy valued at C$7.2 million ($5.30 million) annually.

“In some ways, it’s totally shocking,” said John Whiteman, chief research scientist at conservation non-profit Polar Bears International. “What’s really sobering is that these kinds of declines are the kind that unless sea ice loss is halted, are predicted to eventually cause … extinction.”

Polar bears depend on the sea ice to hunt, staking out over seal breathing holes. But the Arctic is now warming about four times faster than the rest of the world. Around Hudson Bay, seasonal sea ice is melting out earlier in the spring, and forming later in the fall, forcing bears to go for longer without food.

Scientists cautioned a direct link between the population decline and sea ice loss in Hudson Bay wasn’t yet clear, as four of the past five years have seen moderately good ice conditions. Instead, they said, climate-caused changes in the local seal population might be driving bear numbers down.

And while it’s possible some bears may have moved, “the number of adult male bears has remained more or less the same. What’s driven the decline is a reduced number of juvenile bears and adult females,” said Stephen Atkinson, an independent wildlife biologist who led the research on behalf of the government.

This change in demographics doesn’t fit with the idea that bears are moving out of western Hudson Bay, he added.

“There was a very low number of cubs being produced in 2021,” said Andrew Derocher, who leads the Polar Bear Science Lab at the University of Alberta. “We’re looking at a slowly aging population and when you do get bad (ice) years, older bears are much more vulnerable to increased mortality.”

Also of concern to scientists, the report suggests declines have sped up. Between 2011 and 2016, the population only dropped 11%.

There are 19 populations of polar bears spread out between Russia, Alaska, Norway, Greenland and Canada. But Western Hudson Bay is among the southernmost locales, and scientists project the bears here are likely to be among the first to disappear.

A 2021 study in the journal Nature Climate Change found most of the world’s polar bear populations are on track to collapse by 2100 if greenhouse gas emissions aren’t heavily curbed. 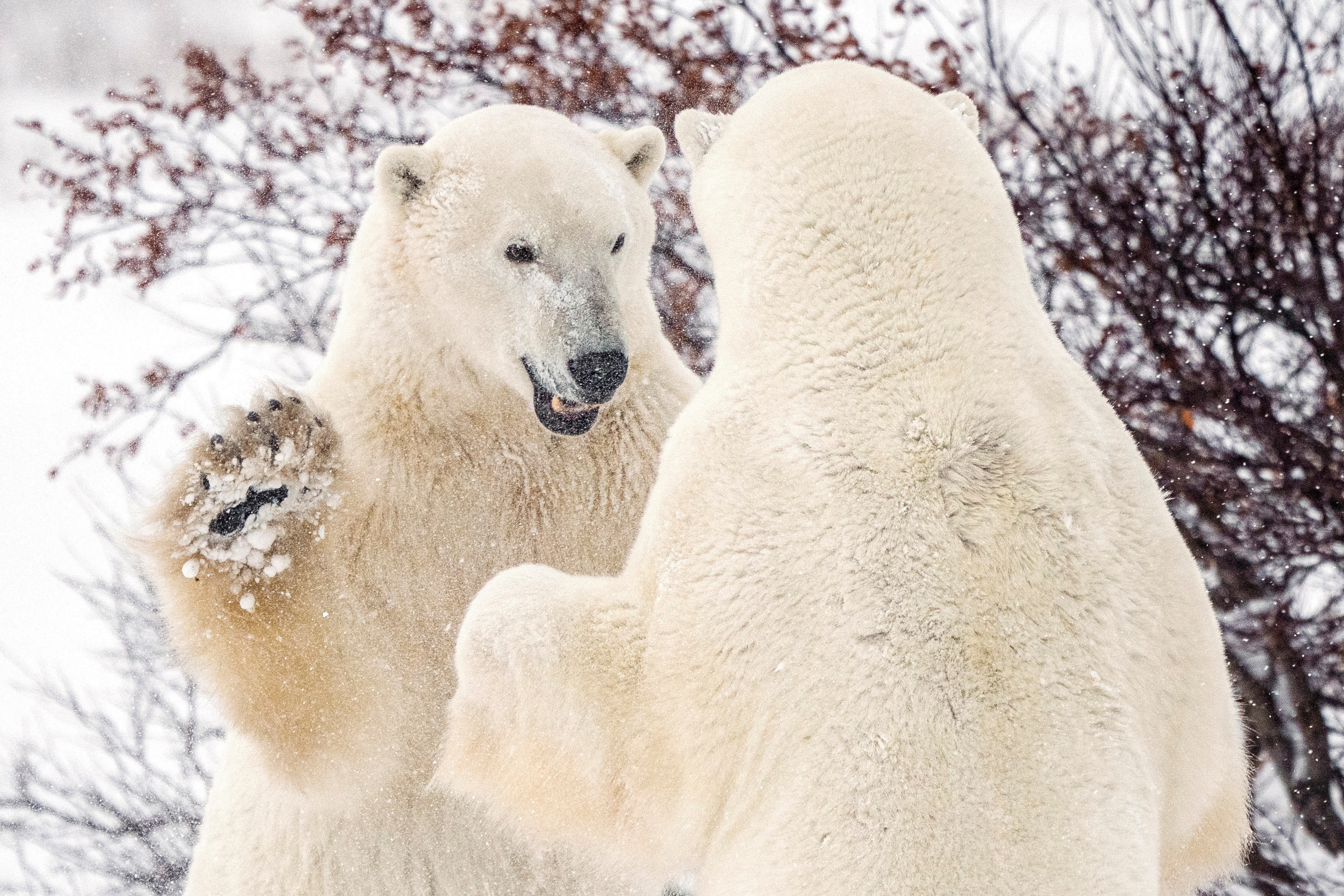 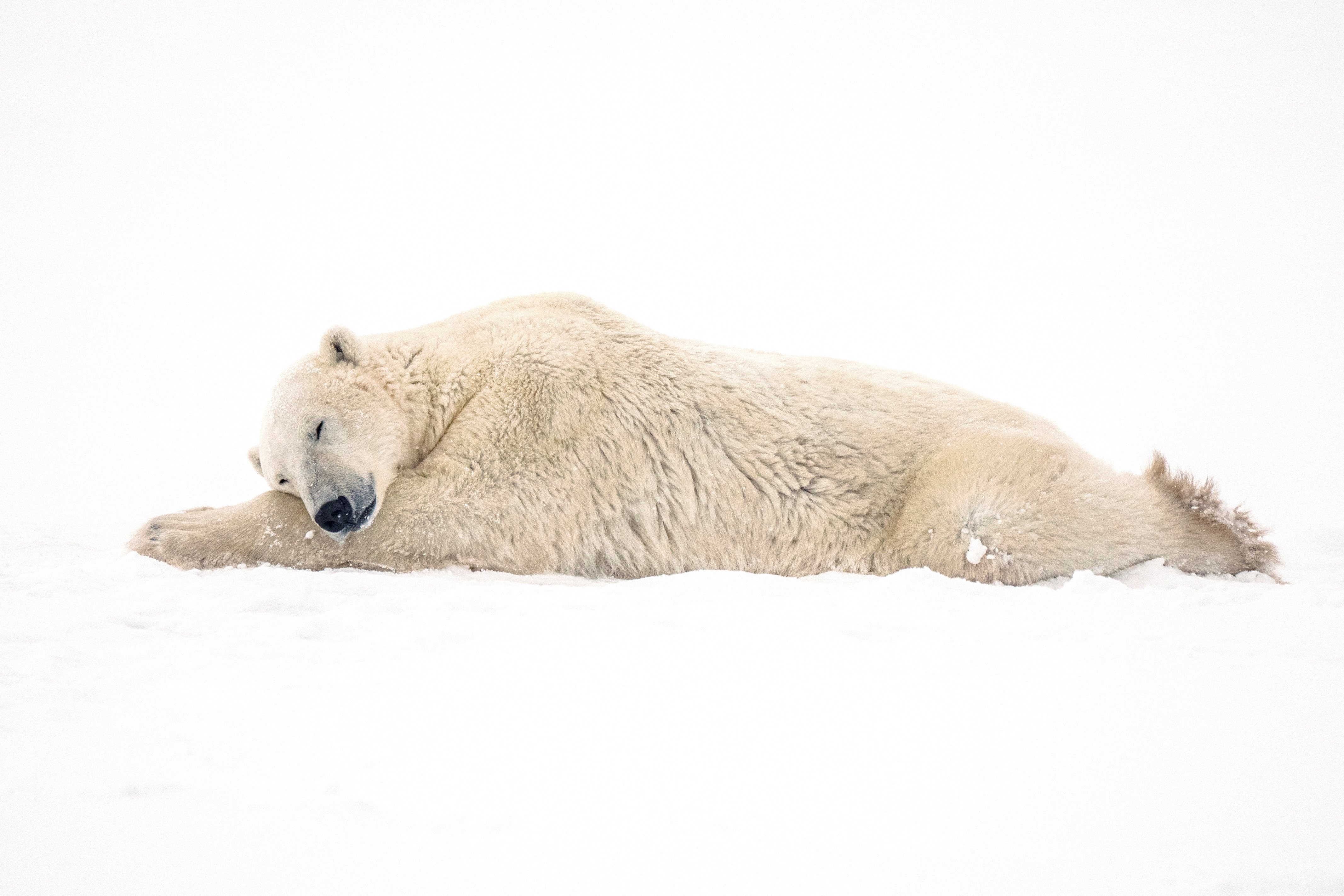 A polar bear rests after sparring with another bear near the Hudson Bay community of Churchill, Manitoba, Canada November 20, 2021. REUTERS/Carlos Osorio 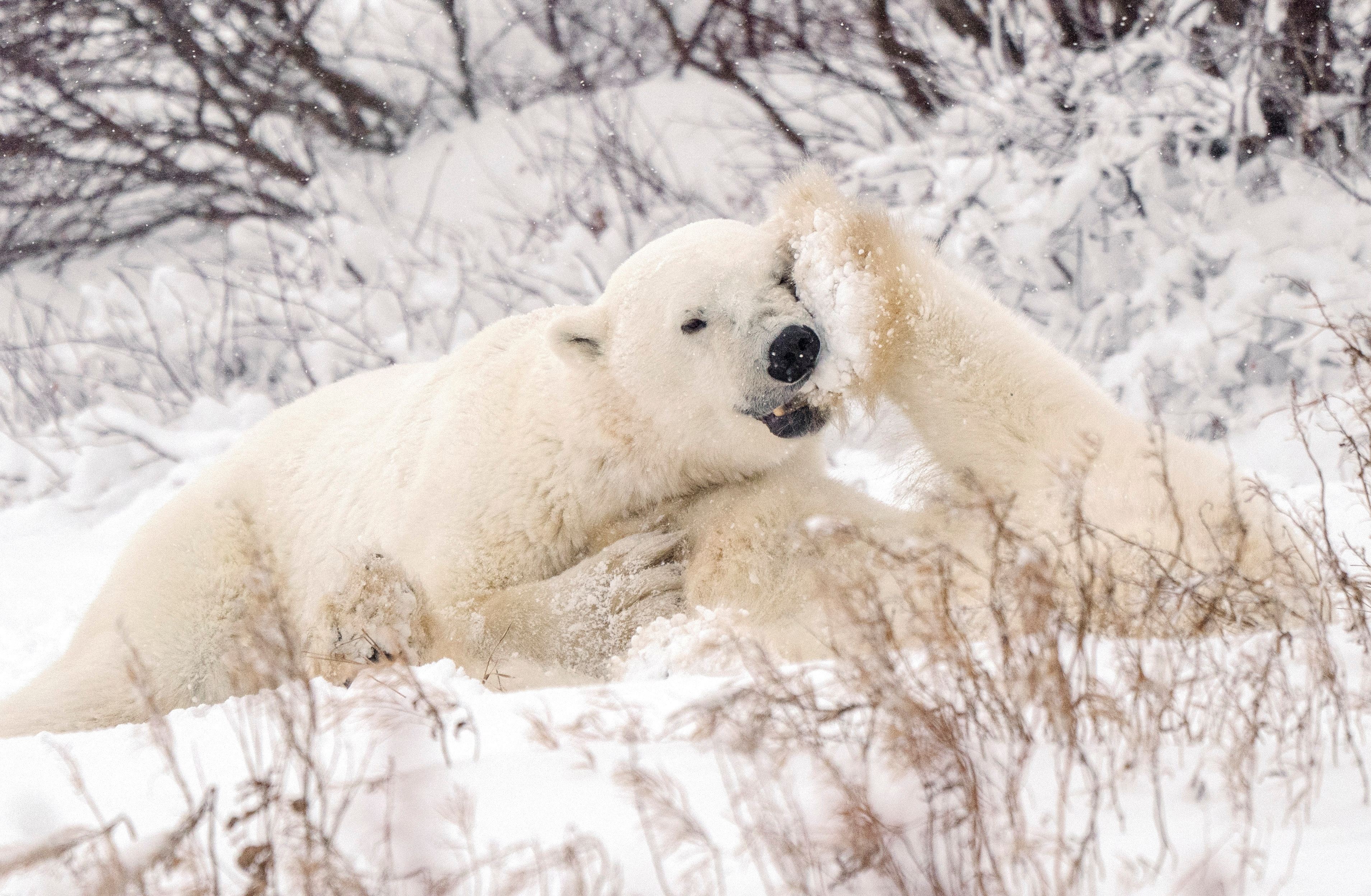