The congressional panel probing the Jan. 6, 2021 attack on the U.S. Capitol released its final report late on Thursday, outlining its case that former U.S. President Donald Trump should face criminal charges of inciting the deadly riot.

The House of Representatives Select Committee also made public the transcripts of a number of its interviews and witness testimonies earlier on Thursday and on Wednesday.

The report, which runs to more than 800 pages, is based on nearly 1,200 interviews over 18 months and hundreds of thousands of documents, as well as the rulings of more than 60 federal and state courts.

The report lists 17 specific findings, discusses the legal implications of actions by Trump and some of his associates and includes criminal referrals to the Justice Department of Trump and other individuals, according to an executive summary released earlier this week. It report also lists legislative recommendations to help avert another such attack.

On Monday, the committee asked federal prosecutors to charge the Republican former president with four crimes, including obstruction and insurrection, for what they said were efforts to overturn results of the November 2020 election and sparking the attack on the seat of government.

“Rather than honor his constitutional obligation to ‘take care that the laws be faithfully executed,’ President Trump instead plotted to overturn the election outcome,” the House panel had said earlier in a 160-page summary of its report.

In comments posted on his Truth Social network after the final report’s release, Trump called it “highly partisan” and a “witch hunt”. He said it failed to “study the reason for the (Jan. 6) protest, election fraud.”

The request by the Democratic-led panel to the Justice Department does not compel federal prosecutors to act, but marked the first time in history that Congress had referred a former president for criminal prosecution. Trump announced in November that he would run for president again.

Among the transcripts released on Wednesday and Thursday was one that showed a former lawyer for ex-White House aide Cassidy Hutchinson told her to “downplay” her knowledge of events leading to the Capitol riot, telling her “the less you remember, the better.”

Attorney Stefan Passantino advised Hutchinson in preparing for a February deposition before the panel to say that she could not recall certain events, she told the committee in September, according to the transcript of her testimony.

Trump gave a fiery speech to his supporters near the White House the morning of Jan. 6, and publicly chastised his vice president, Mike Pence, for not going along with his plan to reject ballots cast for Democrat Joe Biden.

The former president then waited hours to make a public statement as thousands of his supporters raged through the Capitol, assaulting police and threatening to hang Pence.

The 2020 election results were being certified by Pence and lawmakers when the Capitol was attacked after weeks of false claims by Trump that he had won that election. 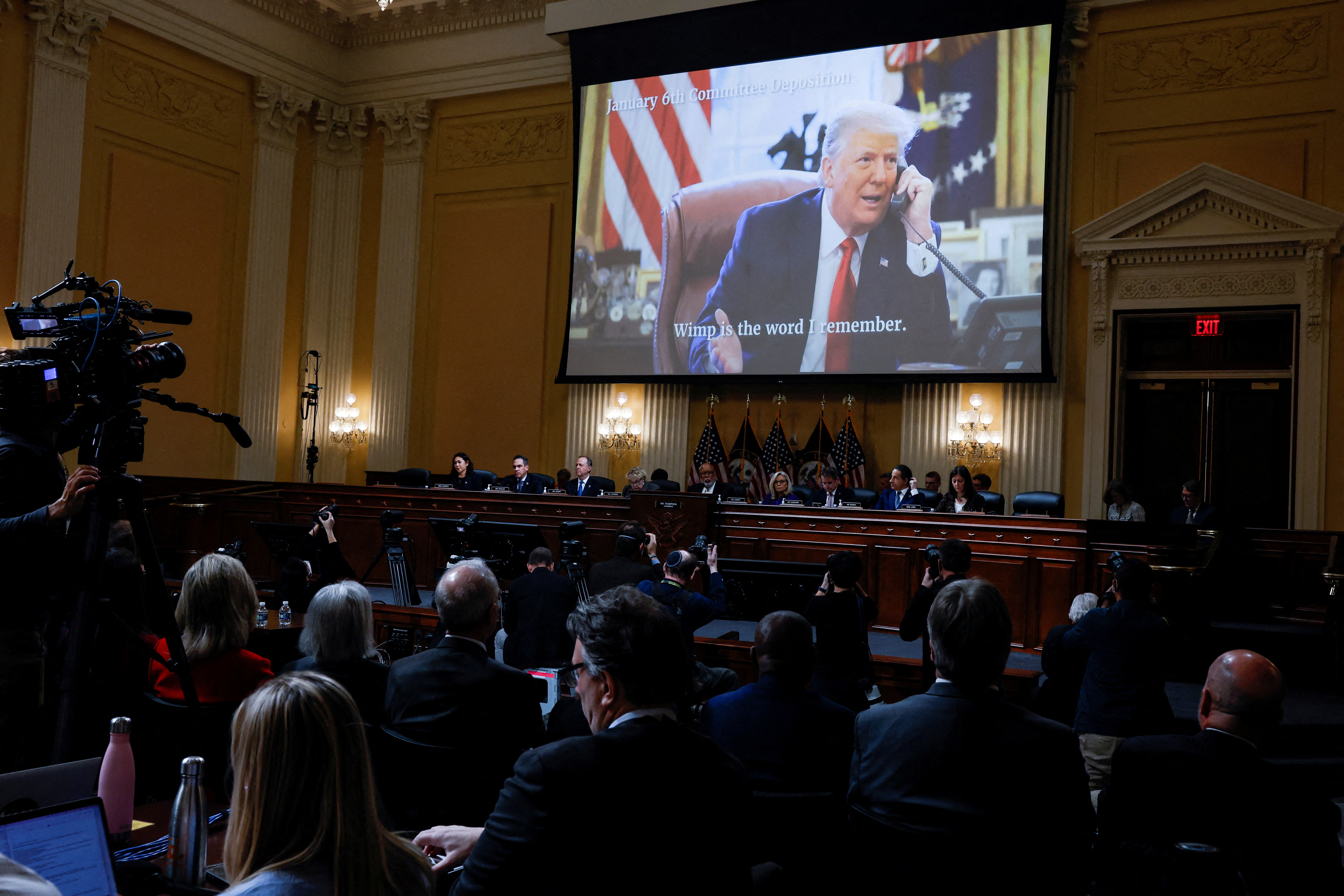 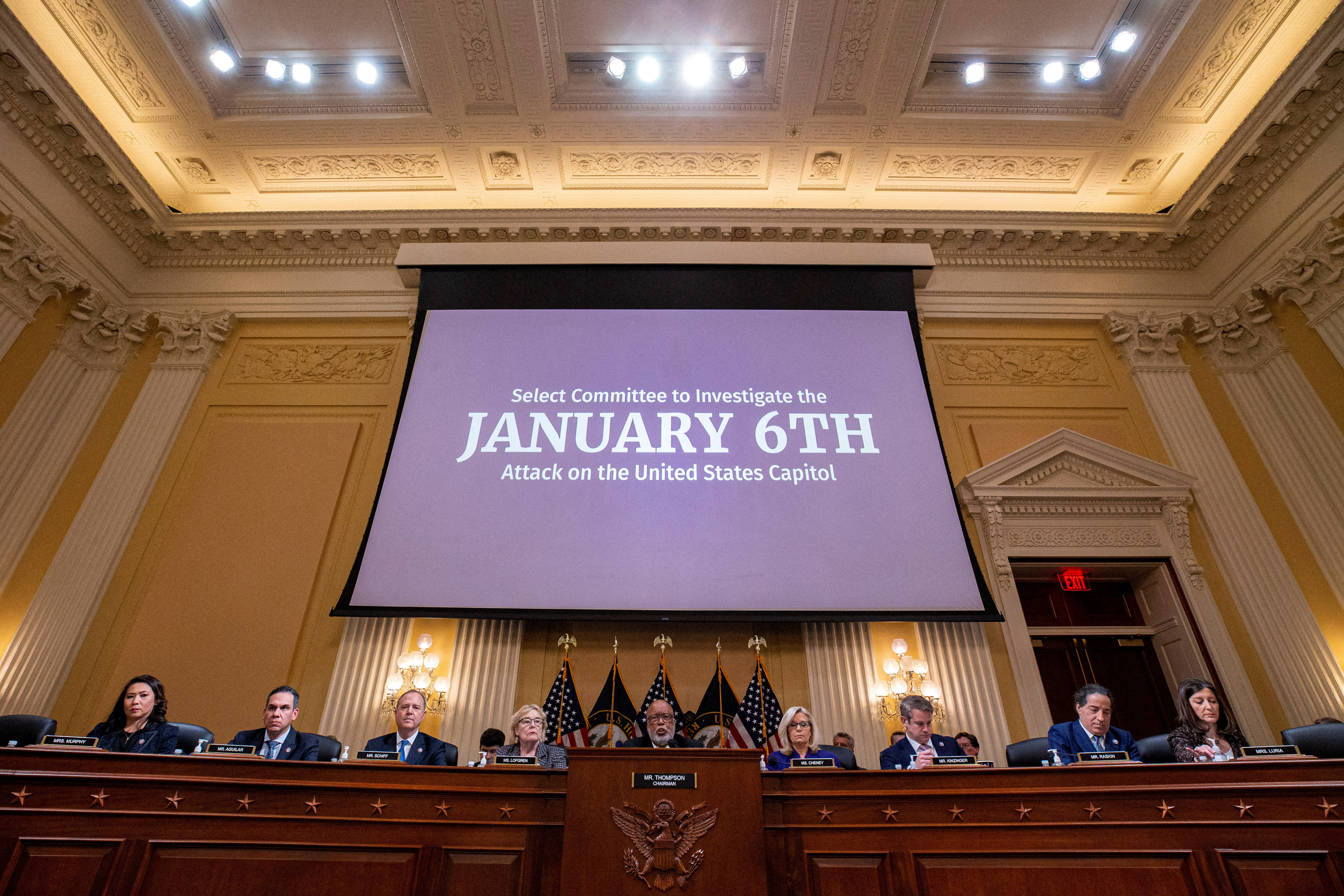 Representative Bennie Thompson, a Democrat from Mississippi and chairman of the House Select Committee to Investigate the January 6th Attack on the U.S. Capitol, speaks during a hearing in Washington, U.S., December 19, 2022. Al Drago/Pool via REUTERS
获取更多RSS：
https://feedx.net
https://feedx.best