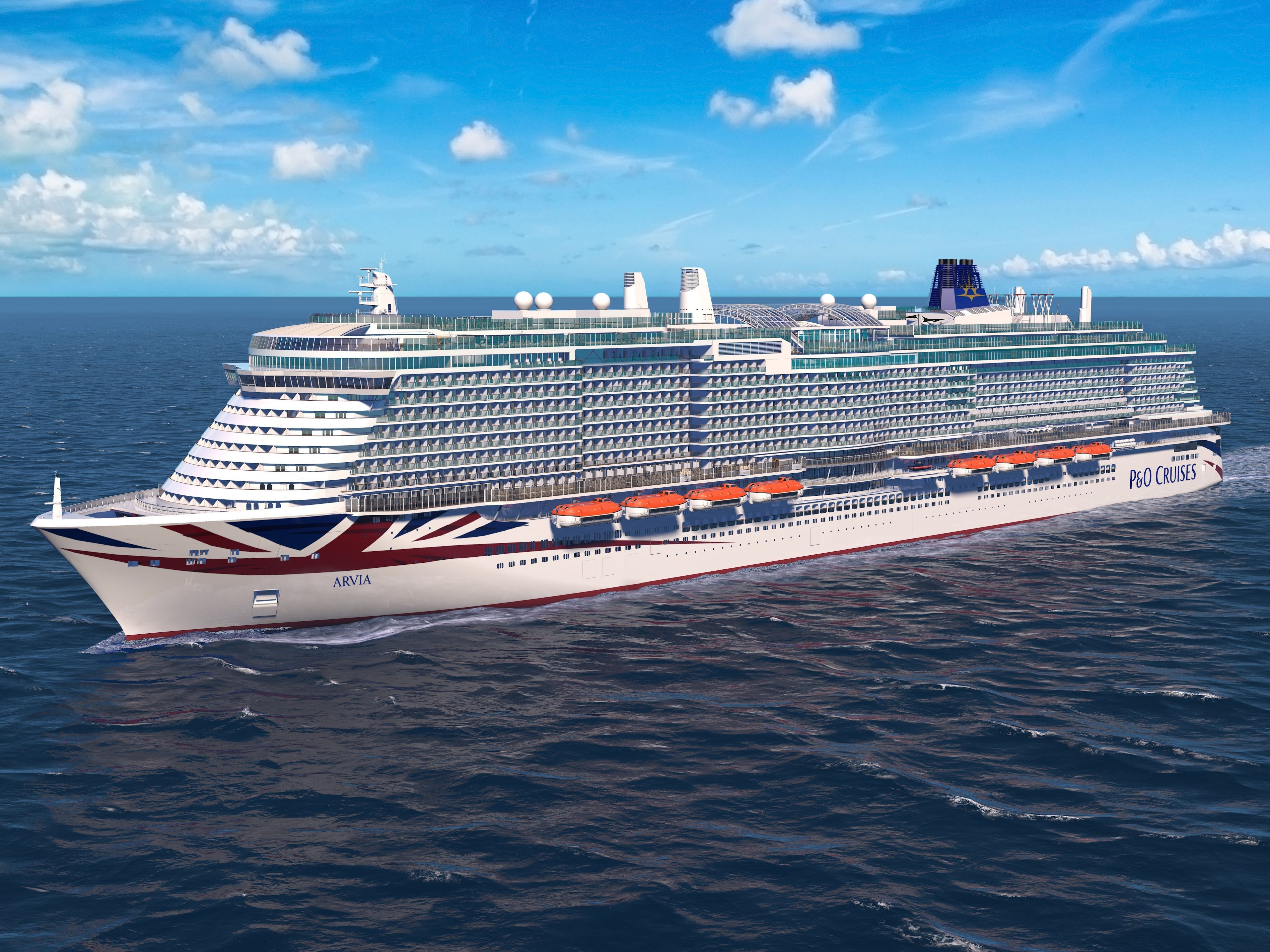 The Arvia made its first voyage this month.

Some passengers on a cruise liner’s first voyage said their Christmas Day was an “absolute disaster”, with some forced to wait until 11 p.m. to have dinner.

Lynne Wheatley, 67, and her husband, Richard, 73, from Boston in Lincolnshire, England, were among the passengers on the Arvia’s maiden two-week sailing and told The Times of London they paid almost $7,000 (£5,700) for their trip.

The Ariva features a “SkyDome” pool with retractable roof, infinity pool, aerial obstacle course, 16 decks and 12 restaurants. It is owned by P&O, part of Carnival Corporation, and departed from Southampton, England last Friday for Spain, Portugal and the Canary Islands.

The Wheatleys booked a table for Christmas dinner last month, but were told on Christmas Day that their reservation could not be found.

Lynne Wheatley told The Times: “We waited two and a half hours and the food was awful. We were in a restaurant with no tablecloths — it was more like your kitchen table.”

She said another couple didn’t get to have their Christmas dinner until 11 p.m.: “Don’t get me wrong, the ship is beautiful [but] it’s a shame because it’s ruined Christmas for a lot of people.”

Another passenger, Gwyndaf Jones, 57, told The Times that he and his wife and friends were “lucky” to have their Christmas dinner in the late afternoon, but added: “In hindsight they were not ready to sail.”

He added: “The WiFi is non-existent. It’s the worst I’ve experienced at sea. I can’t even get my emails, let alone stream as they promise.”

Dominik Scott, who reviews cruises on YouTube with his partner, Tom Hughes-Lewis, said some “teething” issues were to be expected on a maiden voyage.

“On Christmas Day we were quite lucky. Other people’s day was an absolute disaster. We didn’t experience anything half as bad,” Scott told the newspaper. “People like to stop and talk to us because they recognize us from YouTube and a lot of people aren’t very happy.”

A P&O spokesperson told The Times that IT and connectivity problems “caused dining issues and restaurant delays for a proportion of guests on Christmas Day. This service was certainly not up to our usual high standards and we wholeheartedly apologize.”

P&O Cruises didn’t immediately respond to a request for comment by Insider.

Home » Audio Sources - Full Text Articles » Passengers on a cruise liner’s first voyage say Christmas Day was an ‘absolute disaster’, with some waiting until 11 p.m. to have dinner, report says
a