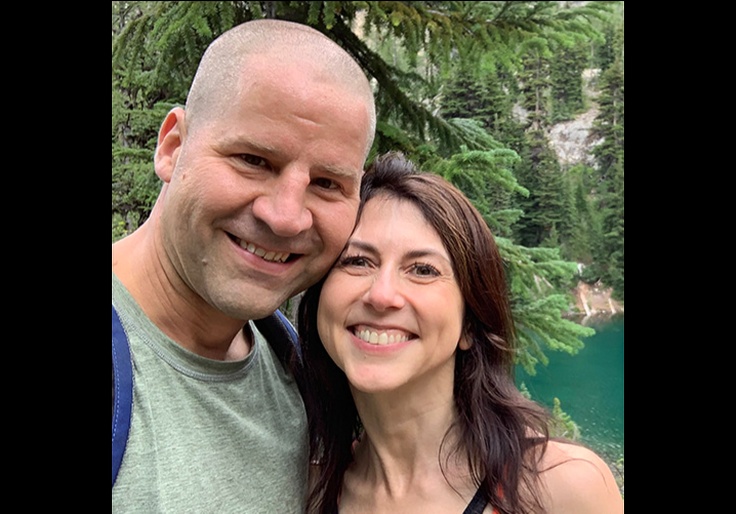 MacKenzie Scott, the ex-wife of Amazon founder Jeff Bezos, has pledged to give her money to charity “until the safe is empty.” That’s good news for a number of radical left-wing organizations.

The billionaire divorcée this week detailed $14 billion in donations she has given to more than 1,600 nonprofit groups since 2019. The giveaway makes Scott one of the biggest philanthropists in the world, rivaling Warren Buffett and Bill Gates. Scott, who lined her pockets with $38 billion in a divorce settlement after Bezos ran off with CNN’s Lauren Sánchez, has said she would direct her giving toward organizations doing “transformative work” in the areas of race, gender, climate change, democracy, and economic inequality. In blog posts explaining her philosophy, Scott lamented that “a civilization this imbalanced is not only unjust, but also unstable.”

Scott, who divorced her second husband earlier this year, has contributed to traditional charities like the Boys & Girls Club, the NAACP, and others. But she has also backed groups that push extremist views on the issues of transgender rights, race, and Israel.

Scott funds the Transgender Legal Defense & Education Fund, an advocacy group that aims to set legal precedents to force insurance companies and Medicaid to cover medical treatment for transgender people. The fund advocates for coverage of “chest surgery for transgender minors,” a radical treatment that has been outlawed in multiple states.

She contributed to the Movement for Black Lives, which seeks to defund police departments and backs a boycott of Israel. The organization has referred to Israel as an “apartheid state” that commits “genocide” against Palestinians. In 2020, Scott contributed to the National Bail Fund Network, a group that backs the Minnesota Freedom Fund, an organization that has posted bail for multiple murderers and pedophiles.

Scott has also sent tens of millions of dollars to foreign charities, including some aligned with America’s adversaries.

She gave $20 million in 2020 to the Energy Foundation China, a Beijing-based climate change think tank with links to the Chinese government. The group, led by a former Chinese government official, promotes China’s Belt and Road Initiative, the global infrastructure program that Beijing has used to expand its economic, military, and diplomatic influence abroad. The foundation awarded grants last year to the Belt and Road Initiative Center, a think tank overseen by China’s National Reform and Development Commission, the Chinese Communist Party’s economic planning commission.

American officials have warned that Belt and Road poses a national security threat to the United States. In 2019, Sen. John Cornyn (R., Texas) said in a congressional hearing that China used Belt and Road as a “trojan horse” to set up military installations in Djibouti.

Scott encourages other philanthropists to donate to her causes.

“I recommend these organizations to anyone similarly excited by the idea of empowering leaders well-positioned to accelerate progress,” she wrote. “And every one of them would benefit from more allies looking to share wealth of all types and sizes, including money, volunteer time, supplies, advocacy, publicity, networks and relationships, collaboration, encouragement, and trust.”