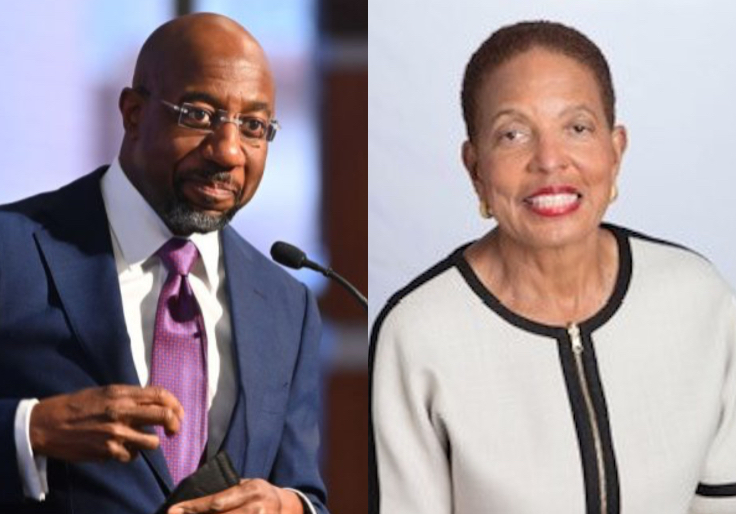 The chairwoman of Georgia Democratic senator Raphael Warnock’s church, which is under fire for evicting tenants from its low-income apartment complex, is also a director at one of the largest corporate landlord firms in the United States—a company that Democrats have accused of “shamelessly profiting” off the housing crisis.

Renée Glover is the chairwoman of the governing board for Ebenezer Baptist Church, which employs Warnock and paid him $120,000 last year, including an income-tax-free $7,400-per-month housing allowance, according to financial disclosures. Glover, a former housing administrator in Atlanta, is also on the board of directors for Tricon Residential, one of the top five companies buying up rental properties across the United States. The company has come under scrutiny from progressives who say it is “shamelessly profiting” off the “combination of low inventory and low affordability.”

The news comes as Republican Senate candidate Herschel Walker has attacked Warnock, the senior pastor and CEO of Ebenezer Baptist Church, over the aggressive eviction policies and maintenance problems at Warnock’s church-owned apartment building. Experts also say the situation creates a conflict of interest for Warnock, who serves on the Senate Banking, Housing, and Urban Affairs Committee, which this year has been investigating the corporate landlord industry.

“The conflicts of interest keep piling up for Senator Warnock,” said Caitlin Sutherland, executive director of Americans for Public Trust, a watchdog group. “His willingness to entangle his Senate office in his personal dealings has become a case study on how not to represent Georgia.”

“How are his constituents ever supposed to trust that he’s properly overseeing the housing industry, especially on the heels of his church trying to evict low-income tenants?” Sutherland asked.

Warnock’s campaign did not respond to a request for comment.

Canada-based Tricon owns 34,000 rental homes concentrated in Sun Belt states like Georgia, North Carolina, and Florida, making it one of the largest corporate landlords of single-family houses in the United States.

Housing activists and populists from both political parties have accused the private-equity-backed rental industry of causing a housing shortage by buying up tens of thousands of properties over the past few years, making homes unaffordable to first-time buyers. Critics say these corporate landlords then hike rental costs and cut maintenance expenses to turn a profit.

Tricon CEO Gary Berman last year faced social media backlash after he told 60 Minutes that wannabe homeowners who have been priced out of the market can still “rent the American dream.” The segment said Tricon raised rents on some of its homes by up to 40 percent for new tenants.

The Senate Banking, Housing, and Urban Affairs Committee, of which Warnock is a member, has taken up the issue, holding several hearings this year on corporate landlords.

Diane Yentel, the president and CEO of the National Low Income Housing Coalition, singled out Tricon in her testimony in August, saying the company profited by raising renters’ fees and cutting maintenance costs.

“Tricon, whose profits increased from $113 million to $517 million between 2020 and 2021, noted that this significant increase in profits was due in part to fees and other costs and upkeep responsibilities that were transferred to tenants,” Yentel told the committee.

Democratic senators Elizabeth Warren (Mass.) and Jack Reed (R.I.), both members of the committee, in May sent a letter to the Biden administration criticizing Tricon and other corporate landlords. The senators said these companies were “shamelessly profiting” off the “combination of low inventory and low affordability.”

“Tricon Residential openly acknowledges in its marketing materials that ‘[h]omeownership in the United States is becoming increasingly out of reach due to rapidly rising home prices’ and describes these developments as ‘favorable industry trends that support our strategy,'” wrote Warren and Reed.

Warnock has also criticized corporate landlords as “bad actors,” and in February he called out Pretium Partners, one of Tricon’s main competitors, for evicting tenants. But he hasn’t mentioned Tricon, and he didn’t sign on to the letter from fellow committee members Warren and Reed.

“Corporate landlords have been aggressively issuing eviction notices,” said Warnock during a committee hearing earlier this year. “We need to do something to address these bad actors.”

Warnock’s complaints about Wall Street-backed rentals are similar to the criticisms from tenants about his church-owned apartment complex.

The building filed eviction proceedings against at least a dozen tenants since the start of the pandemic, including one who owed just $28.55 in late rent, the Free Beacon first reported. The city of Atlanta has cited the apartment complex for multiple code violations, including overflowing trash, mold, and rodent infestations, according to records obtained by the Free Beacon.

Walker, who is facing Warnock in a competitive runoff election next Tuesday, launched a seven-figure TV ad campaign this week highlighting the problems at the apartment.

The ad features one tenant, a 69-year-old Vietnam war veteran, whom the building earlier this year attempted to evict for owing $119.

The post Chairwoman of Warnock’s Church Sits on Board of Firm Accused of ‘Shamelessly Profiting’ Off Low-Income Tenants appeared first on Washington Free Beacon.