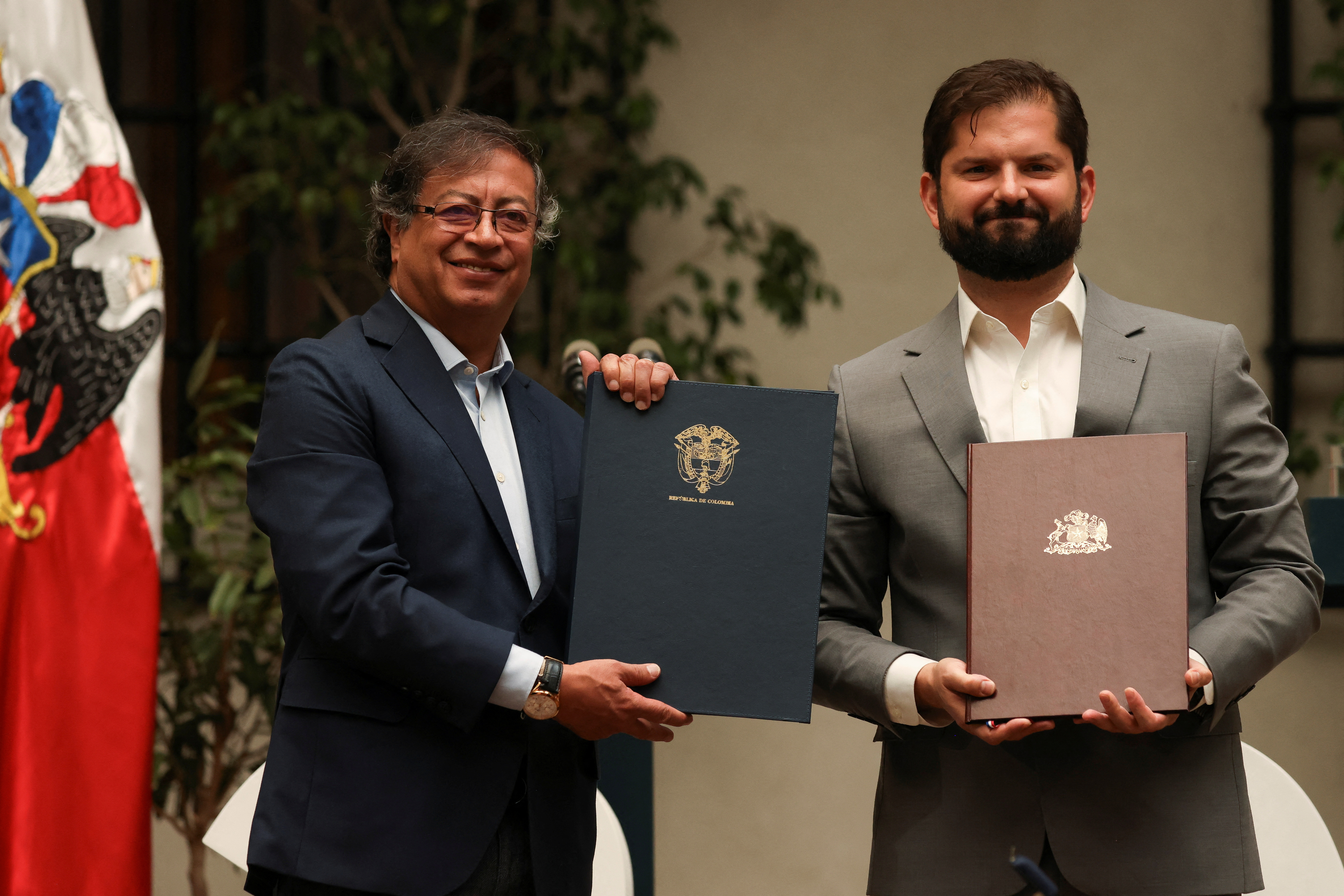 “This situation is worrying for our countries, our region has to have a clear position,” Boric said, adding that the meeting’s goal is that the “rest of the countries in the region can take a stance.”

Petro and Boric, both left-wing presidents who took power last year, have emphasized their support for President Luiz Inacio Lula da Silva, who took office on Jan. 1 after defeating Bolsonaro.

Petro, a former rebel and Colombia’s first leftist president, compared the attack to the 1973 Chilean coup against Salvador Allende.

“Today there are those who’d like to bring us back to the times of Allende,” Petro said, noting a historical resistance to left-wing governments in the region.

“We just saw it in Brazil, but it’s not just in Brazil,” Petro said. “It’s time to say what happened here in this place 50 years ago won’t happen again.”

The leaders also spoke about cooperation on aerospace technology, immigration and renewable energy, with a focus on green hydrogen.

The OAS, which has 35 member states, promotes peace and economic development in the Americas.

Boric and Petro also requested that the Inter-American Court of Human Rights issue an opinion on the obligation of states regarding fundamental rights in the face of climate change.