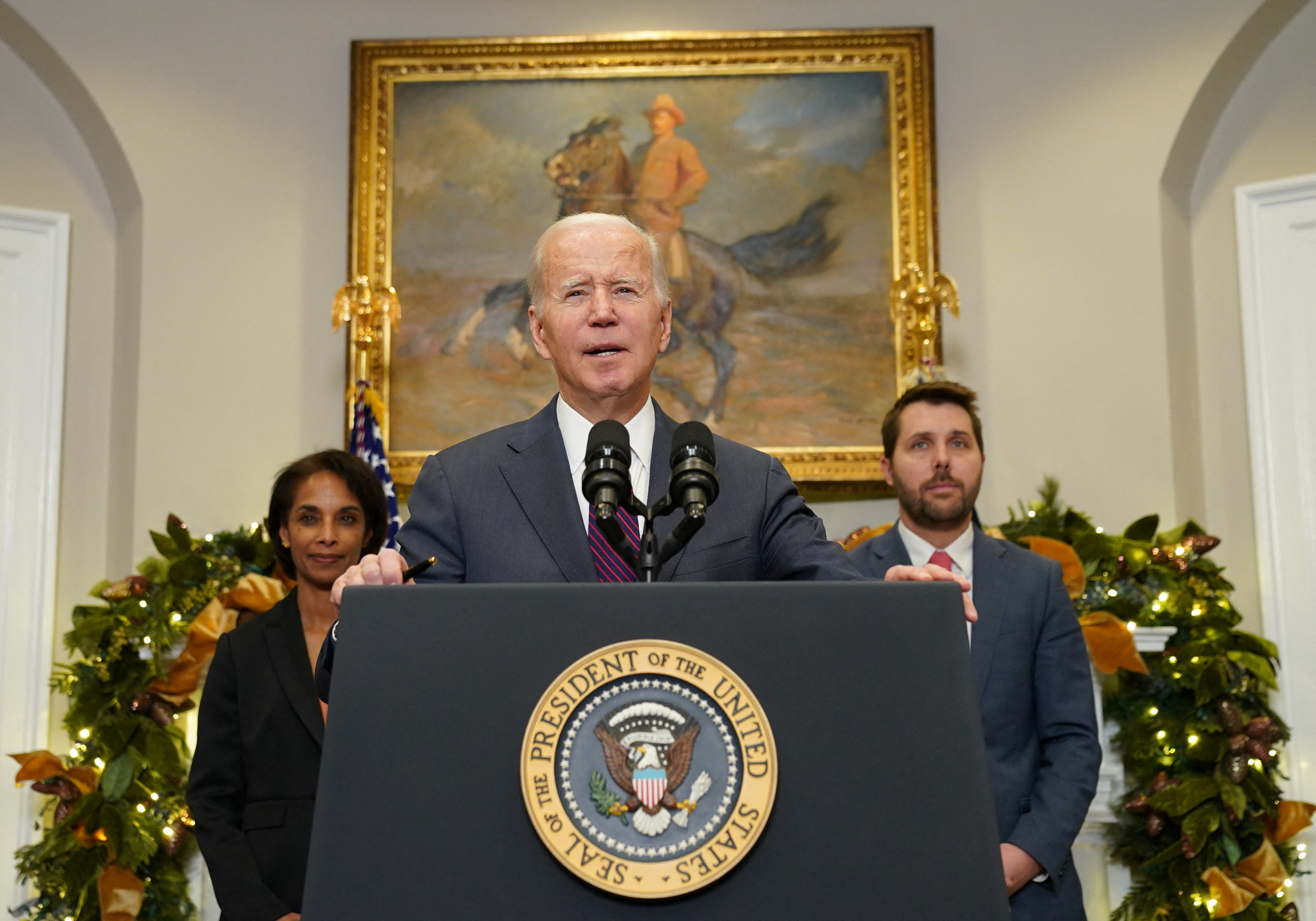 When President Joe Biden speaks to African leaders in Washington on Wednesday, expect to hear about support for democracy, economic development and new financial commitments for a region that in recent years has taken a backseat to other U.S. priorities.

But there will be another, likely unspoken message: The United States is a better partner for Africa than China.

Delegations from 49 countries and the African Union, including 45 African national leaders, are attending the three-day summit, which began on Tuesday, the first of its kind since 2014, where Washington will also tout its support for food security and climate change.

It’s part of a renewed push to boost ties with a continent where U.S. interests have been challenged by China’s security ambitions and trade, investment and lending drives. By contrast, Beijing has held its own high-level meetings with Africa every three years for more than two decades.

While Sino-U.S. competition is a clear backdrop, U.S. officials have been reluctant to frame the gathering as a battle for influence. Washington has toned down its criticism of Beijing’s lending practices and infrastructure projects amid calls from some African leaders for more U.S. leadership.

To that end, Biden is expected to announce his support for the African Union’s joining the G20 group of the world’s largest economies as a permanent member.

“We are not looking for a relationship that is transactional, that’s extractive, that is burdensome, or leaves various countries in a more fragile, poor state after a deal is done,” State Department spokesman Ned Price told reporters on Monday, skirting mention of China but using language that mirrored Washington’s critique of its behavior in Africa.

According to a Eurasia Group analysis, in 2021 China-Africa trade, at $254 billion, greatly outstripped U.S.-Africa trade, which stood at $64.3 billion. Those figures are up from $12 billion and $21 billion, respectively, in 2002. China has also become an important creditor by offering loans with less stringent conditions than Western lenders.

That has led to Western charges that China has mired African countries in debt. Beijing’s ambassador to Washington, Qin Gang, rejected the idea ahead of the summit, citing a report that African countries owe three times more debt to Western institutions, while noting that Chinese-built hospitals, highways, airports and stadiums are “everywhere” in Africa.

China remains the region’s largest bilateral investor, but its new loan commitments to Africa have declined in recent years as pressure has built up both inside and outside China for its infrastructure investments to be more sustainable.

Offering loans to Africa on the same scale as China has not been a viable option for the United States. Instead, U.S. officials stress an approach focused on facilitating private investment.

Don Graves, deputy secretary of commerce, said this week that U.S. companies brought leading technologies and standards “as opposed to bringing in tens of thousands of our own workers,” thinly veiled criticism of long-standing practices by Chinese companies that have angered Africans.

Secretary of State Antony Blinken said on Tuesday the United States would announce investments for exchange programs for African students, and to support African entrepreneurs and small businesses.

It’s not all about economic sway – Washington has been alarmed by China’s efforts to establish a military foothold on including on the Atlantic coast in Equatorial Guinea.

For their part, many African leaders reject the idea that they need to choose between the United States and China.

“The fact that both countries have different levels of relations with African countries makes them equally important for Africa’s development,” Ethiopia’s U.N. ambassador, Taye Atske Selassie Amde, told Reuters. “However, it should be known each African country has the agency to determine their respective relationship and best interest.”