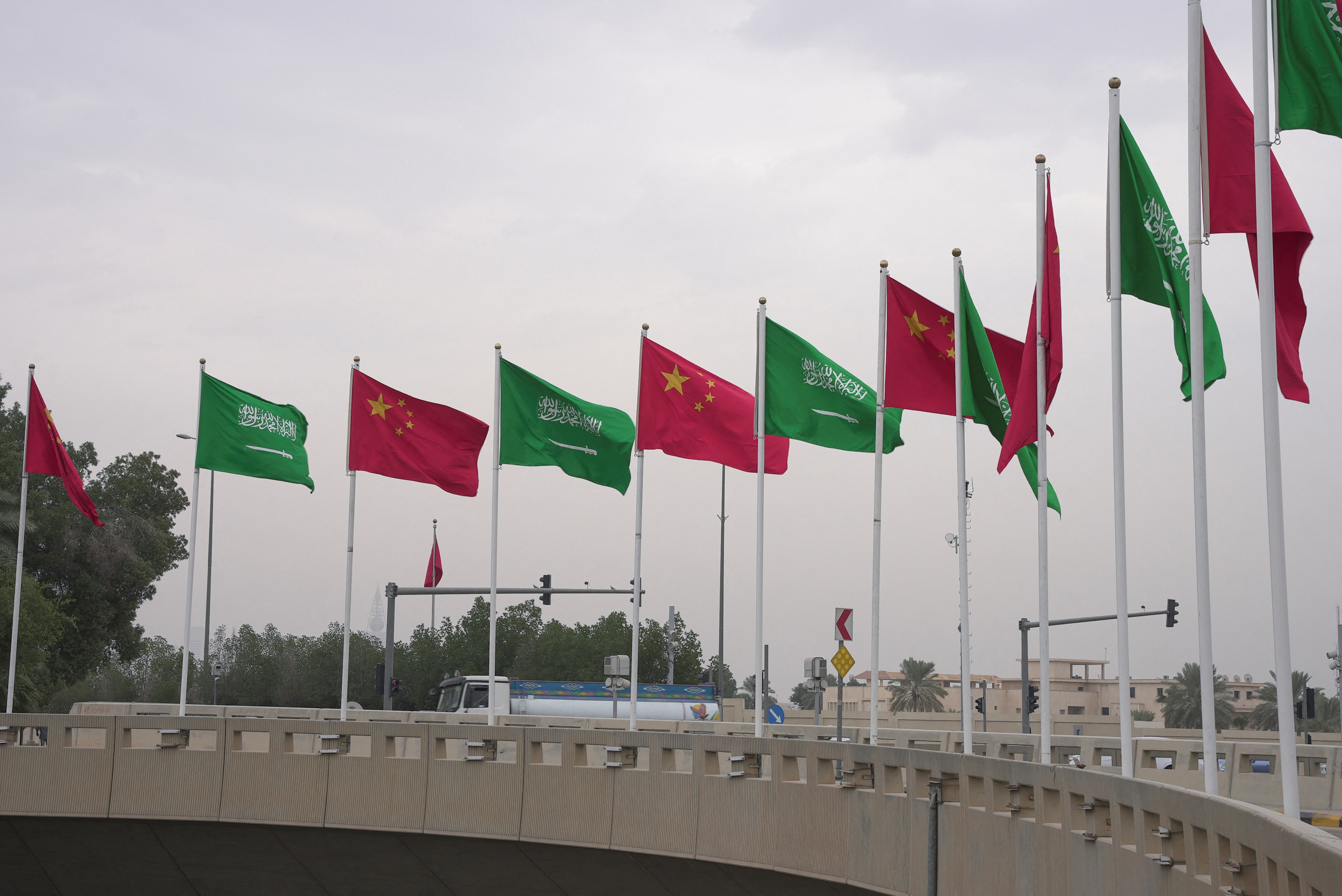 Flags of participating countries are pictured ahead of the China-Arab summit in Riyadh, Saudi Arabia, December 7, 2022. REUTERS/Mohammed Benmansour

President Xi Jinping arrived in Saudi Arabia on Wednesday, Chinese state media said, on a visit Beijing hailed as its biggest diplomatic initiative in the Arab world, as Riyadh expands global alliances beyond longstanding ties with the West.

The meeting between the global economic powerhouse and Gulf energy giant comes as Saudi ties with Washington are strained by U.S. criticism of Riyadh’s human rights record and Saudi support for oil output curbs before the November midterm elections.

Crown Prince Mohammed bin Salman is expected to offer Xi a lavish welcome, in contrast with the low-key reception for U.S. President Joe Biden whose censure of Saudi Arabia’s de facto ruler formed the backdrop for a strained meeting in July.

Xi’s trip includes direct talks with Saudi Arabia, a wider meeting with the six-nation Gulf Arab alliance and a summit with Arab leaders which will be “an epoch-making milestone in the history of the development of China-Arab relations”, foreign ministry spokesperson Mao Ning said.

Beijing hopes it will make a strong statement on strengthening “unity and cooperation”, Mao added.

For Saudi Arabia, frustrated by what it sees as Washington’s gradual disengagement from the Middle East and a slow erosion of its security guarantees, China offers an opportunity for economic gains without the tensions which have come to cloud the U.S. relationship.

“Beijing does not burden its partners with demands or political expectations and refrains from interfering in their internal affairs,” Saudi columnist Abdulrahman Al-Rashed wrote in the Saudi-owned Asharq Al-Awsat newspaper.

Unlike Washington, Beijing retains good ties with Riyadh’s regional rival Iran, another supplier of oil to China, and has shown little interest in addressing Saudi political or security concerns in the region.

Growing Chinese influence in the Middle East has unnerved the United States, for which the Asian giant is an economic rival.

The Chinese delegation is expected to sign deals this week worth $30 billion with Riyadh, Saudi state news agency SPA said, as well as agreements with other Arab states.

China, the world’s biggest energy consumer, is a major trade partner of Gulf oil and gas producers. Saudi Arabia is its top oil supplier and state-run Saudi Aramco has annual supply deals with half a dozen Chinese refiners.

While economic ties remain anchored by energy interests, bilateral ties have expanded under the Gulf’s infrastructure and technology push, part of diversification plans that have gained importance as the world turns away from fossil fuels.

Saudi Arabia and its Gulf allies have said they would continue to expand partnerships to serve economic and security interests, despite U.S. reservations about their ties with both Russia and China.

The United States, which for decades has been Saudi Arabia’s main security guarantor and remains its main defence supplier, has expressed security concerns about growing Chinese involvement in sensitive infrastructure projects in the Gulf. 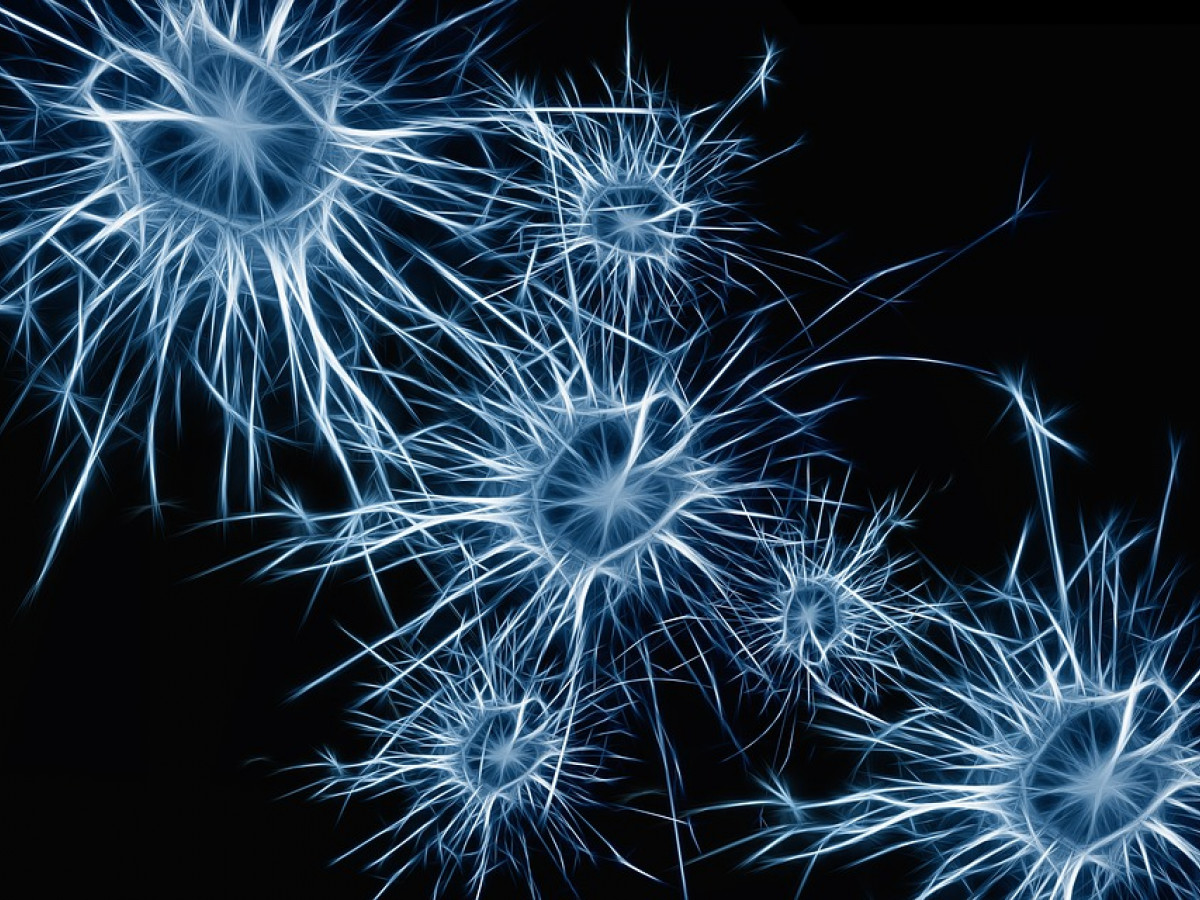 Brain implants grown in a lab wire themselves into the nervous system. Artificial intelligence joins the search for extraterrestrial intelligence. We take part in the Big Garden Birdwatch 2023. And are sugar taxes actually effective ways to fight the obesity epidemic Like this podcast? Please help us by supporting the Naked Scientists